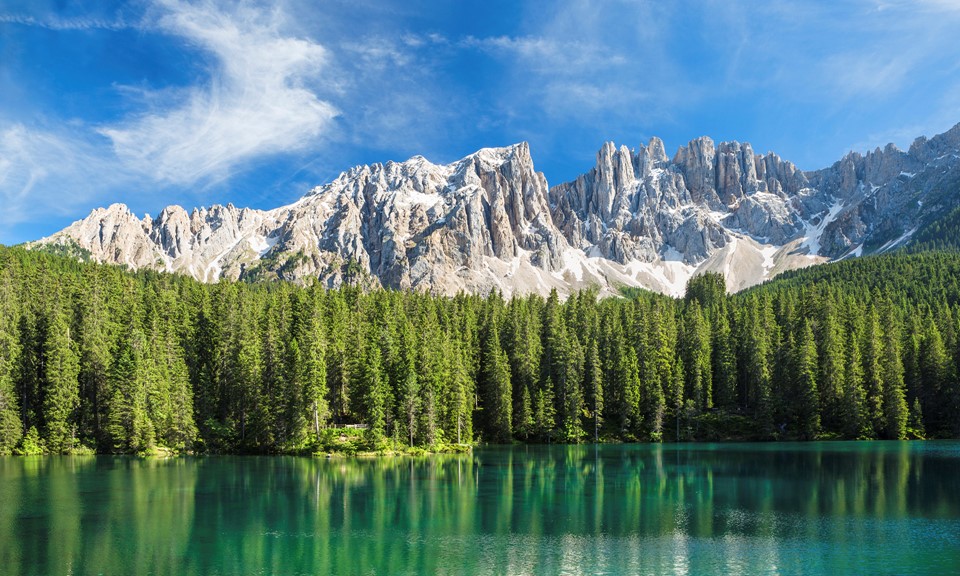 Southern Tyrol is a cultural crossroads. It sits in and trilingual region, nestled between the Latin and German parts of Europe along with a third group, the Ladins, who speak a native language that’s scattered throughout the Alps. It’s in this mountainous melting pot of open borders and varied peoples that a cannabis social club is promoting wider access to the plant.

Despite its location in what’s considered to be conservative area, the Cannabis Social Club Bolzano sees the mountains and valleys of South Tyrol an ideal home. Having opened about nine months ago, the club fits the region’s ecological sensibilities and its affinity for healthy food and natural medicines.

Will the quiet social cannabis revolution proceed? It could. Local Health Minister Martha Stocker is slated to request permission from the Italian government to grow medical cannabis for local needs. If she does, it would be Italy's first request of this kind made by a local authority.

Peter Grünfelder and Stefano Balbo are the helm of Cannabis Social Club Bolzano. Their aim is to improve cannabis access for patients and work with authorities to allow cannabis cultivation cooperatives. Leafly met them at the 'Festival della Canapa' (Cannabis Festival) in Forli on June 18.

Balbo is also vice president of the Italian ACT, the association for therapeutic cannabis, and has been receiving Sativex, the British medicinal cannabis spray, on prescription since 13 years.

When he first tried to obtain a prescription, a provincial official told Balbo he could not get cannabis, citing the influence of the Vatican. So he decided to write to the Vatican directly. The reply that gave him at least some hope. Medicinal cannabis use could be allowed “once the civil and religious duties are fulfilled,” the Vatican wrote. Balbo has been fighting the battle for medicinal cannabis in Italy for years.

Peter Grünfelder, the social club’s president, is a relative newcomer. “When I met Stefano in 2015, I was happy to find a person who was really active on this issue,” he told Leafly. “I didn't know anything about medical cannabis then, but today you could call me an expert, and I know more [about it] than most doctors.”

Grünfelder said he and Balbo work well together “because we seem to reflect the local reality. Stefano's mother tongue is Italian, mine is German.”

It's not easy to battle misconceptions and win over politicians after decades of criminalization and discrimination, Grünfeld explained. When it comes to prohibition, he said, “It's in their bones.” The group actively lobbies politicians and regulators in an effort to expand access, and it’s also is promoting a petition for cannabis legalization that was launched by Italy’s Radical Party.

Membership of the Cannabis Social Club Bolzano is, in principle, open to any adult. “But since medical cannabis is legal in Italy — while any growing, possession and consumption is criminalized — we can at the moment only help patients,” Grünfeld explained. “We deliberately concentrate on medical cannabis, because we cannot be so easily attacked if we do.”