Emily EarlenbaughMay 29, 2019
Share
Share on Twitter   Share on Facebook
Print
Workers in medical cannabis states die on the job 34% less often than non-medical states, data from the US Dept. of Labor show. (olando_o, GOLDsquirrel/iStock)
Critics who love to fret about legalization’s effect on workplace safety—you’re fired.

Medical cannabis laws are associated with a staggering 34% decline in workplace deaths for adults age 25 to 44, a new study finds. The reason? Those workers might be drinking less alcohol and taking less pills due to legalization.

Since 1996, a record 29 states have passed medical cannabis laws, many of them loose enough to attract recreational consumers. Along the way, Chambers of Commerce and other business groups have long-opposed reform, based on workplace safety concerns.

The argument is simple: cannabis can affect motor skills and cognitive function, legalization might cause more people to use it on the job, and thus, lead to an increase in workplace accidents.

This reduction in fatalities also grew stronger with time.

Therefore, most legalization laws allow businesses to discriminate against cannabis users. Smoke a joint in mid-April, and a standard drug test can detect cannabis byproducts in your urine on June 1. By contrast, weekend alcoholics often pass urinalysis by Monday.

But after 23 years of medical cannabis laws, we can check the data on workplace safety and see how the medical states have done.

A 2018 study published in the International Journal of Drug Policy zeroes in how workplace fatality statistics changed when a state had access to legal cannabis. In the paper Medical marijuana laws and workplace fatalities in the United States, researchers D. Mark Anderson, Daniel I. Rees, and Erdal Tekin analyzed data from all 50 states and the District of Columbia between 1992 and 2015.

This suggests that—rather than being an additional risk factor—medical cannabis laws are in some ways protecting workers from the higher workplace fatality rates we see in states without legal cannabis programs. 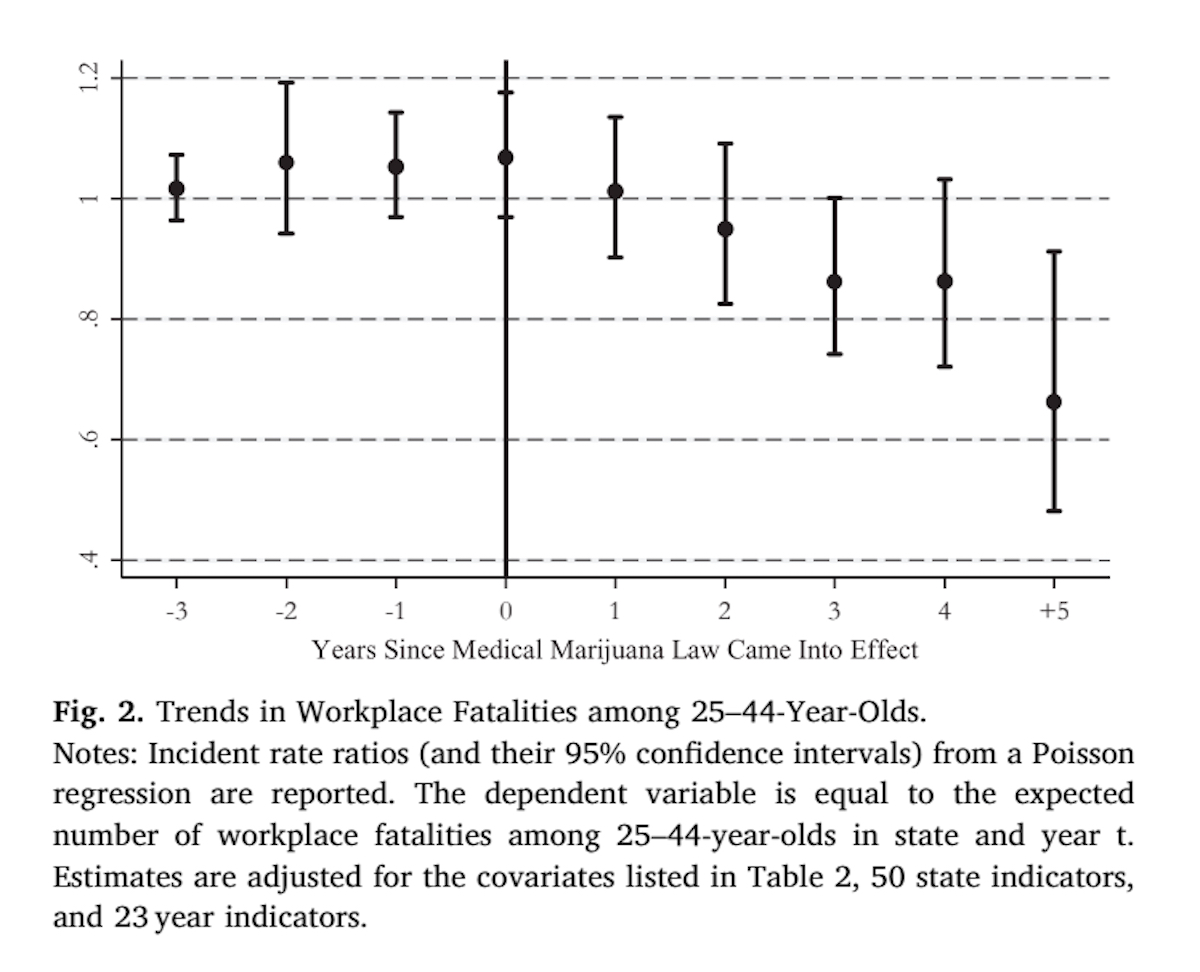 Taking Control of Your Health Care?

Leafly Locates Medical Cannabis Near You

An average of 14 workers per day die on the job in the US, the Department of Labor reports. Construction work is the most dangerous—responsible for one in five worker deaths; mostly from falls, getting struck by an object, electrocution, and crushing.

Young adults particularly stand to benefit from legalization, in the form of decreased workplace deaths, the study found. While the study looked at all age groups, the 25 to 44 year-old group saw the declines. Workers who were ages 16 to 24, or 44 and above, saw no statistically significant changes in workplace deaths. D. Mark Anderson, Ph.D., one of the principal researchers on this project, says that this age-dependent result reflects the known effects of cannabis laws.

“I think the fact that the effects show up for young adults only was pretty interesting and consistent with some of our other research on medical marijuana laws,” he said. “We find that it is generally young adults who are affected by these laws.”

The numbers are clear that medical cannabis laws help reduce workplace fatalities. But how does this work? Unfortunately, researchers still aren’t quite sure.

“We were actually unable to pin down the precise mechanism through which medical marijuana laws affected workplace fatalities,” Anderson told Leafly. “At the end of the day, we could only speculate as to why these laws may have affected workplace events.”

Still when it comes to that speculation, a strong signal emerges. It’s possible that workers in legalization states swap in cannabis for other legal drugs which might pose greater risk.

In another study, medical cannabis laws led to a reduction in suicide amongst young adults, also potentially via alcohol substitution.

Medical cannabis laws are also associated with a 20 to 33% decrease in opioid deaths. This is particularly interesting, since Anderson’s workplace safety study found greater fatality reductions in states where ‘pain’ was a qualifying condition to receive cannabis.

Some may be surprised that teens weren’t more affected (since they are sometimes considered a particularly at-risk group), but Anderson explains that, “there is now a fairly large literature showing that medical marijuana laws do not create spillovers in the recreational market for teens.”

But ultimately, he and the other authors caution us to wait for more research, saying, “further investigation is required to determine whether this result is attributable to reductions in the consumption of alcohol and other substances that impair cognitive function, memory, and motor skills.”

We may have to wait find out exactly how—but one thing is clear. The old worry that medical cannabis laws lead to increased accidents doesn’t hold water. 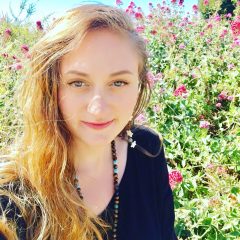