The Medical Minute: 3 Things We Can Learn From Cannabis, Ebola, and Awkward TV Interviews 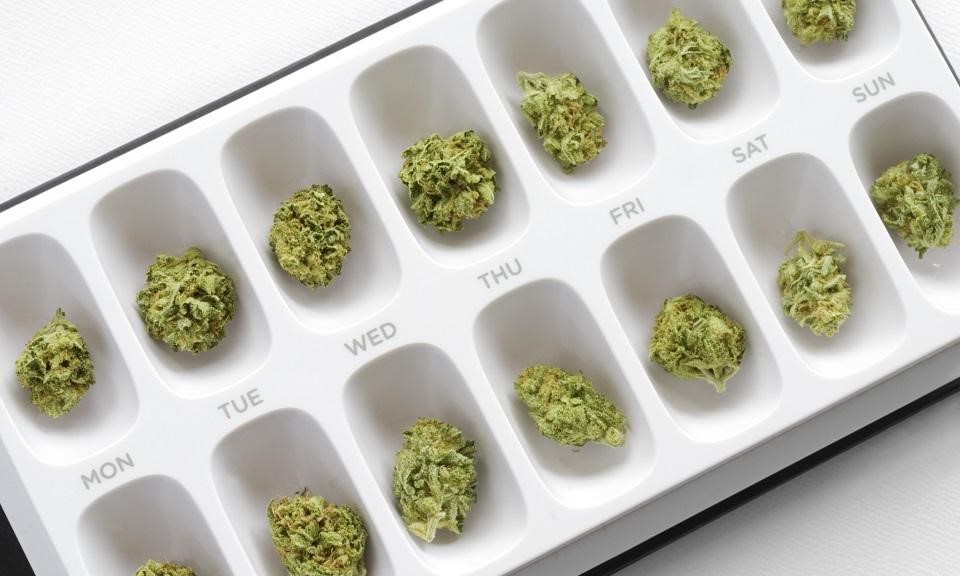 Last week, former New Mexico governor and current Cannabis Sativa, Inc. CEO Gary Johnson tested the limits of public skepticism with his claim that cannabis might be an effective treatment for Ebola. His statement was, not surprisingly, met with immediate disbelief by Fox Business’ Stuart Varney, who responded with a resounding, wrinkle-faced “…Really?”

At this point, the conversation becomes a series of interruptions, raised voices, and snuffed points, but there’s a few things we can learn from Johnson’s eyebrow-raising claim and this whole Fox fiasco.

Poor Mr. Johnson. The point he really tried to hit home – that cannabis should be easier to study – was sorely clouded over by his opening statement, that researchers have seen progress in treating Ebola with marijuana. Granted, it seems that no Fox news interview touching on cannabis will be an open-minded conversation, but this type of baffled reaction is abundant worldwide. Why? Because we have a lot of anti-marijuana propaganda to unravel.

While Johnson struggled to clarify that he wasn’t talking about a cure but rather a potential, we can see how those two things can get conflated. That doesn’t mean we shouldn’t talk about cannabis’ therapeutic possibilities (on the contrary, let’s talk about it as much as possible), but the way in which it should be talked about brings us to Lesson #2.

Critics aren’t the only ones that tend to blur the line between possibility and reality with medical marijuana. Many patients, particularly those with terminal ailments, look to cannabis in desperation after having heard of its curative properties. Who can blame them when all other options have been exhausted?

The heart of the issue isn’t that desperate patients are trying cannabis as a last resort. What is problematic is the use of the word “cure” when cannabis research is still in its adolescence. “It’s impossible to tell whether these patients have been ‘cured’ by cannabis or not,” wrote U.K. researcher Kat Arney. “We know nothing about their medical diagnosis, stage of disease or outlook. This highlights the importance of publishing data from scientifically rigorous lab research and clinical trials. Firstly because conducting proper clinical studies enables researchers to prove that a prospective cancer treatment is safe and effective. And secondly because publishing this data allows doctors around the world to judge for themselves and use it for the benefit of their patients.”

Look at that, another perfect segue to Lesson #3.

It is truly intriguing to think that states are legalizing marijuana while it is still classified as a Schedule 1 Controlled Substance, placed among the most dangerous drugs with no medical potential. This classification makes it incredibly difficult to study cannabis, and to Johnson's point, this is doing a disservice to the many patients out there desperate enough to give anything a chance. Reiterating Johnson’s argument, it is the government’s job to protect its citizens, but cannabis is kept veiled underneath a paradox: we can’t study it because of its federal scheduling, but we can’t reschedule because there is insufficient research substantiating its medical value.

While there are privately-funded studies collecting evidence for medical marijuana’s efficacy and risks, it isn’t enough. We can incite change from the ground up, but we need everyone’s help in doing so. Write to your state senators and representatives expressing the importance of this research. Educate the people around you by spreading information. Do whatever it takes to get some research-based ammunition to fire off alongside our experiential accounts of marijuana as medicine.

gary-johnsonhealthmedical marijuanamedical-minuteresearchwellness
Sign up for more Leafly news
Thank you for subscribing!