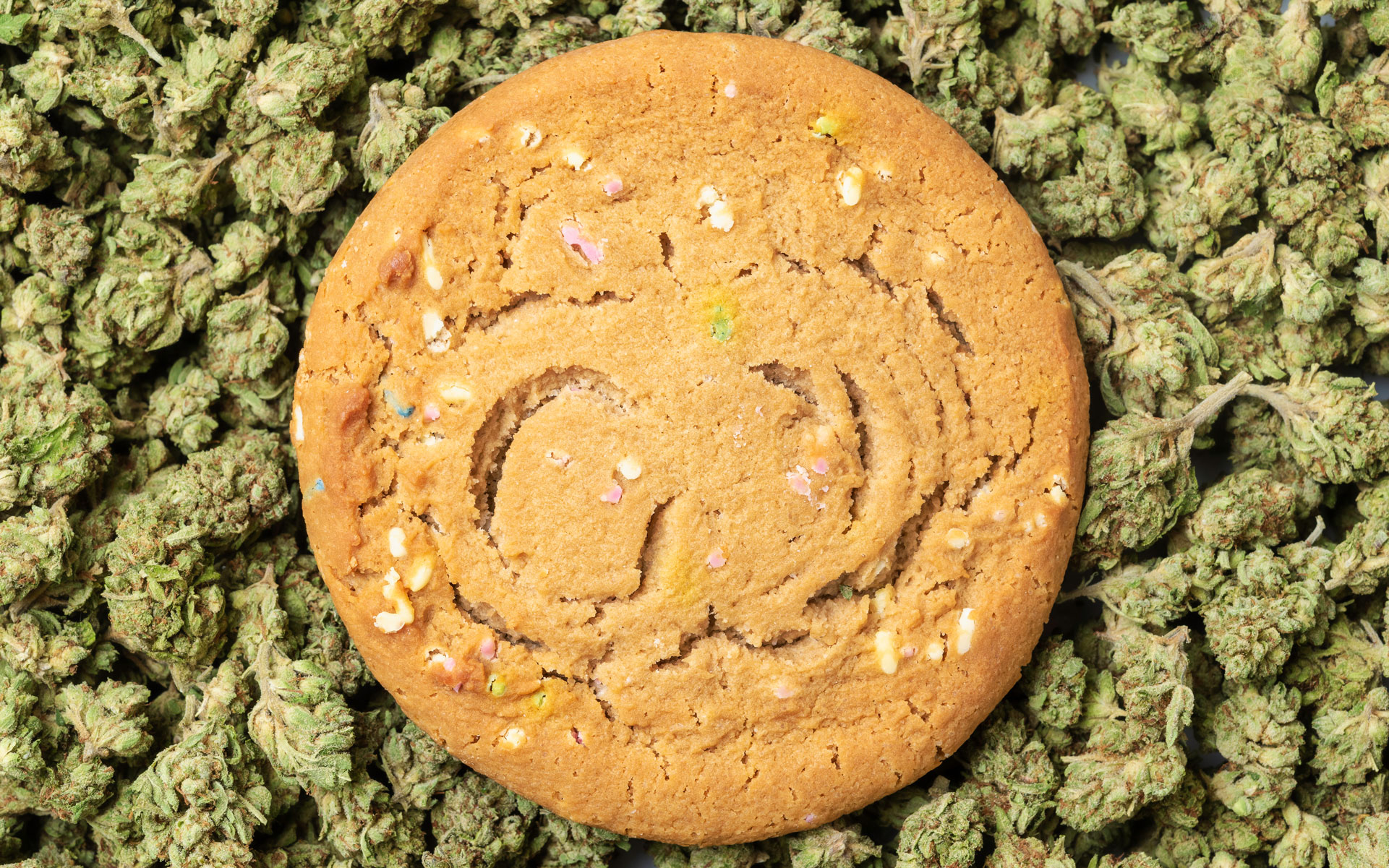 Juanmonino/iStock
With the legalization of recreational cannabis, edibles have grown in popularity as an alternative to smoking or vaporizing. Consultations on the regulation of edibles, extracts, and topicals recently closed, bringing Canada one step closer to legalizing the sale of edibles.

While it will soon be easier to procure edibles from a safe and legal source, are edibles always a better method for consuming cannabis?

How Do Edibles Differ From Inhalation?

Many cannabis and health forums are often littered with the question: is it possible to be immune to edibles?

There are differences between how THC and CBD are absorbed orally than when inhaled. “The way the circulation works, the first place [ingested cannabis] is going to go to is the liver: it’s called first pass effect,” explains Dr. Carolina Landolt, rheumatologist at the Summertree Medical Clinic.

When smoked or vaporized, cannabinoids directly enter the bloodstream through the lungs. When ingested, THC and CBD pass through the liver and are metabolized by enzymes before entering the bloodstream. “The liver is what breaks down a lot of other medications,” said Landolt. “There’s something called the hepatic metabolism.”

Ingest or inhale? 5 differences between cannabis edibles and flowers

How Does Metabolism Change the Effectiveness of Edibles?

The enzymes found in the liver are one of the major factors that affect the response to different cannabinoids. Higher or lower amounts of certain CYP (Cytochrome P450) enzymes can change the rate of metabolism or whether the cannabinoids are metabolized at all.

According to Dr. James MacKillop, the Director of the Centre for Medicinal Cannabis Research, “[THC] is principally metabolized by [CYP2C9]. Genetic or environmental factors that result in higher levels could certainly accelerate metabolism and alter effects. Whether that would be a reduction in effects is less clear to me [because] it could result in higher circulating levels of 11-OH-THC.”

CBD and THC are metabolized by different CYP enzymes in the liver, so while the intoxicating effects of THC may not be as effective for some people when taken as an edible, CBD might still be effective.

“On our side of the table, we’re assessing [if this is] working for [the] very specific [symptom] that we’ve identified,” Landolt told Leafly. “You were having trouble sleeping, are you sleeping now? You were having pain that you said was an 8 out of 10, is it better?”

Can Metabolized THC or CBD Interact With Other Drugs?

As with any medicinal product, there are always risks of drug interactions and it’s no different with cannabis.

This way that edibles are processed can also affect other drugs. So when THC or CBD are ingested orally, any other medications that are also being taken can be enhanced or inhibited.

As Landolt described, CBD can have negative drug-to-drug interactions with certain anticoagulants, or blood thinners. There is some concern that a person taking such medications “may inadvertently increase how thin their blood is, how anticoagulated they are,” if they also take CBD for pain.

As Landolt explained further, this is specific to CBD and only when it is ingested. When it’s vaporized, the CBD bypasses the first pass effect of the liver so the effects on the blood thinners are relatively diminished.

MacKillop also pointed out that cannabis, in any form, can have different interactions as well. “Cannabis (via any route of administration) affects [enzyme] levels that in turn can speed up or slow down metabolism of other drugs—This is akin to the way grapefruit juice affects drug metabolism. Case studies have suggested that this can lead to adverse interactions with drugs like Prozac and Antabuse.”

But not every drug interaction has to be a bad thing. There are positive drug interactions as well. Landolt gave another example of how cannabis can interact with other drugs like opioids. “For example, there [are] studies to show that if you take people who are using opiates and you give them cannabis, they report an increased improvement with regards to pain control.”

This is a positive thing because it means that the cannabis is augmenting the effects of the narcotics. This means the patient may not have to increase dosage of their opioids, and may even lead to a de-escalation of usage overall.

Other Factors to Consider When Consuming Edibles

While metabolism is a major factor in effectiveness, it’s not the only one that may lessen the effects of cannabis. “And it may be not effective, not because of absorption or metabolism or any of these things,” said Landolt. “Not every pain medication—forget cannabis—is going to work [for every person’s] particular symptoms. And cannabis is no different.”Every person is different and as with any medication, it may not be suited for every individual.

And there is much to cannabis that is still yet to be known. Now that Canada and some US states have legalized cannabis, it will hopefully lead to more avenues of research. As more research is facilitated, expect more answers regarding who and how to achieve the best benefits from cannabis and edibles. 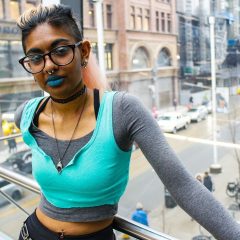 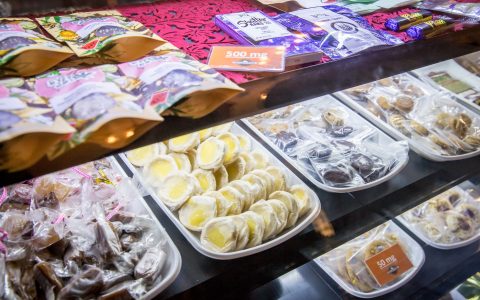 Where to Find Cannabis-Infused Edibles in Ontario 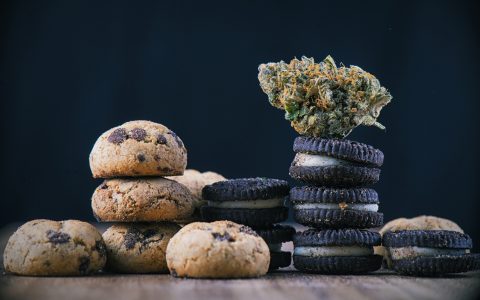 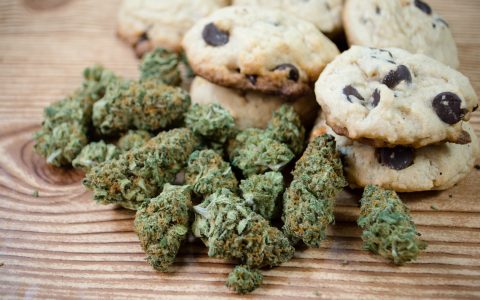 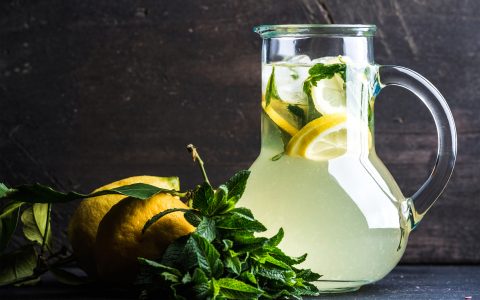