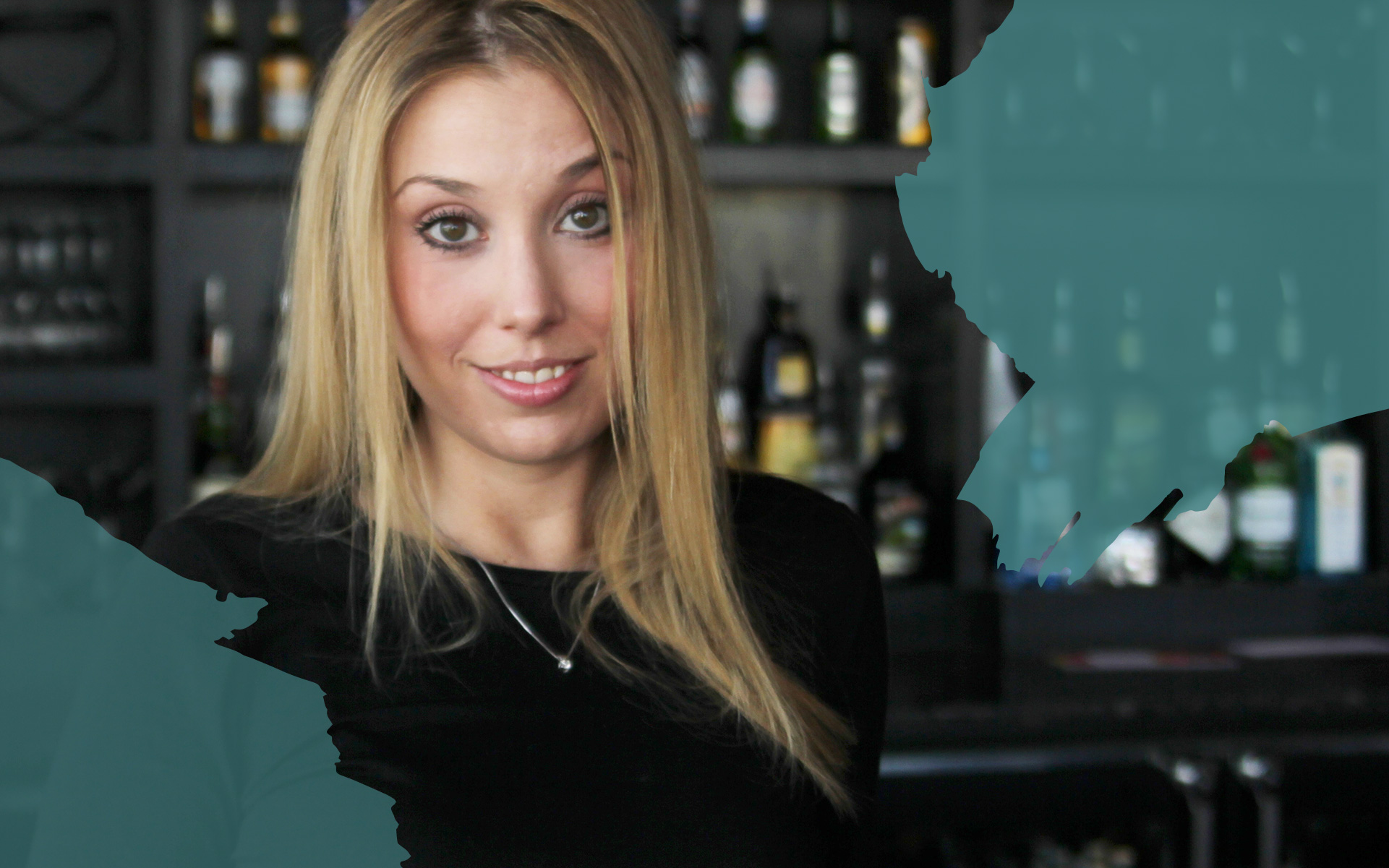 (Courtesy of Hilary Dulany)
For most entrepreneurs in the burgeoning cannabis industry, it’s been a tough road with many unexpected turns. But the ability to roll with the punches—whether partnerships go sour, legislature remains unfriendly, or the market rapidly changes—has defined a new class of business people.

Michigan’s Hilary Dulaney, who is one of the cannabis industry’s youngest people to take a company public, never set out to build Michigan’s first publicly traded cannabis enterprise, AccuVape.

Nor did she set out to break ground in the industry by helping to organize the state’s first cannabis expo in Detroit in 2009.

Each time, she simply pulled the thread before her, following it across the country to different markets and helping to lay a foundation and break stigmas for the brand new industry.

Under her consultancy, Grass Roots Promotion & Design, Dulany has worked as a marketing and development consultant for start-ups since 2002. With both start-up experience and an ambition to hone in on profitable, emerging industries, she began assembling business models in 2008 when she found out that medical marijuana was favored to pass in Michigan.

“I just started going to meetings. And you have to understand that in 2008, 2009, talking about marijuana out loud—let alone trying to sell advertising for a marijuana publication—was really tough.”

Before launching Michigan’s first cannabis trade publication, The Midwest Cultivator (now The American Cultivator) in 2009, Dulany was one of six founding members of the Michigan Medical Marijuana Program Expo in 2009. Organizers used the event as an opportunity to heal tensions between industry operators and the authorities.

“We educated the Detroit Police and a few local forces and hired them as off-duty security,” says Dulany. “This was the first marijuana event in Michigan, and I was scared shitless … but it went off very successfully.”

Dulany credits the Expo with kickstarting the formation of The Midwest Cultivator later the same year, which grew to have a circulation of over 60,000.

But when the development of a regulatory structure for cannabis in Michigan stalled and it seemed clear that the state wasn’t ready for serious entrepreneurship, Dulany and her partner moved to Oregon, where cannabis regulation had far fewer restrictions.

Under her Grass Roots consulting banner, Dulany and her partner found success opening greenhouses and cannabis businesses in Oregon—until recently.

When Oregon began to regulate recreational cannabis use in 2016, the changes moved at breakneck speed, and a saturation of supply quickly led to difficulties in making a profit.

“The market is massively flooded,” Dulany says. “Prices are so low … We had a huge greenhouse, and we stopped growing because it was cheaper to buy it than it was to grow it.”

The market is massively flooded. Prices are so low ... We had a huge greenhouse, and we stopped growing because it was cheaper to buy it than it was to grow it.
Hilary Dulany

“Michigan has the second largest medical cannabis market in the country, second to California,” she says. “Michigan isn’t like other states that are just opting in; we’ve had a market for the last ten years that’s just kind of survived, so as we’re coming in with regulation, there’s a huge existing market for us. So it’s a very different place to come into.”

A Michigan cannabis start-up got Dulany’s interest in vaporizer manufacturing soon after she moved to Oregon, and she opened AccuVape in Michigan in 2013. After a few years of flying back and forth between the two states, Dulany is now settling back down in Michigan.

Now that AccuVape has sold to the publicly traded company Freedom Leaf, Dulany will be phasing out of her role as Director of Operations and selecting a replacement within the next 18 months, with one eye already on the horizon.

“What I’m learning is that we did a lot of things with limited resources, and now we have all these resources,” she says. “Selling AccuVape is allowing it to expand at a rate that I could never do on my own … A lot of people who build their own businesses, it becomes an emotional connection, but now AccuVape can exist beyond myself.”

Meanwhile, Dulany is actively pursuing partnerships and investments into Michigan’s soon-to-be-booming recreational cannabis industry. Although she declined to offer specifics, Dulany and her partners are pursuing full vertical integration—a grow, processer, and dispensary all under one business entity. They have already acquired sites for potential dispensaries in key locations across the state.

Dulany has worked hard to build a network of influencers in Michigan’s industry and has noticed that many of her peers in the cannabis industry are women. She cites Jamie Cooper, who runs consultancy and industry network agency Cannabiz Connection and serves as Sensi magazine’s new Michigan publisher, Connie Sparrow of Sparrow Consulting, and Cimone Casson of Cannas Capital, as influential peers.

And there are plenty of other women across the state to add to the list: Tami VandenBerg, Dottie Rhodes, Roberta King, LaTarro Taylor, Anna Germaine, and Denise Policella are also among the influential women who have joined the ranks of Michigan’s cannabis entrepreneurs and policy leaders, with more following in their footsteps.

Most of these women are doing the same thing Dulany continues to do: They’re simply pulling the thread. “I think we’re just sick of waiting for other people to do things,” says Dulany.