Billed as the first “smart rig,” the unit looks like some icicle technology from Superman’s Fortress of Solitude, but gets you super-duper high.

This past summer I bricked two of the pricey units. Dead. Each time, the battery died quickly, or wouldn’t charge at all. Group dab sessions fell embarrassingly flat. 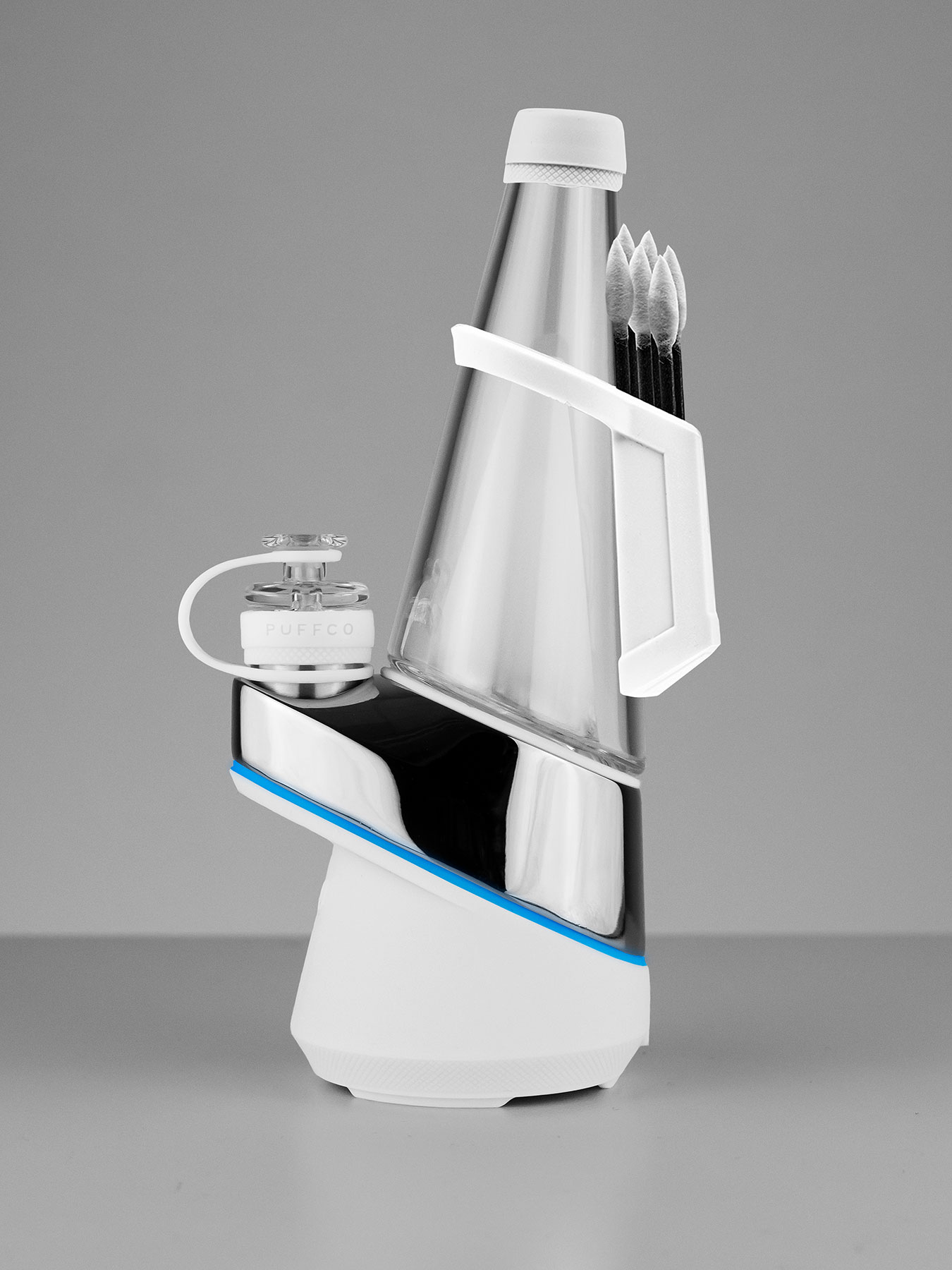 Puffco customer service reps were super helpful, but I decided to take my issues straight to the top: to Puffco CEO Roger Volodarsky. I met with Volodarsky in his gleaming, minimalist offices in downtown Los Angeles last month.

A bearded, 35-year-old New Yorker with arms sleeved in tattoos and an easy smile, Volodarsky assured me I am not dumb.

Turns out, tens of thousands of us plebeians have been Puffco’s free beta testers— unwittingly or not. It’s the modern paradigm of electronics hardware and software launches. Since March 2018, all over the world, Peak users have been using—and breaking—the revolutionary smart pipe. Our frustrations have become Puffco’s data points. Roger made a video game analogy.

Puffco has sold tens of thousands of Peaks since March, a small percentage of which have failed, requiring replacements under warranty. Since then, his engineers have addressed “80 to 90 percent” of the device’s issues, Volodarsky said. “So now we’re quite happy with it. Now, we’re down to user error. … We want to make it idiot proof.”

Volodarsky aims to sell one million Peaks over the device’s lifetime. He might just do it, launch hiccups and all.

Shop Nearby Extracts on Leafly Finder

You Get What You Put In

Like the Playstation 3, the Tesla, and the iPhone, there is something inspired in the design of the Puffco Peak. Its all-white box states: “You get what you put in.”

Open the box and a thick black case contains a palm-size plastic battery base, which affixes to a glass percolator attachment. Charge it. Load the ceramic bowl with expensive hash. Turn the Peak on by holding the device’s single button for three seconds. It vibrates to life, LED strip pulsing green.

Start a dab by clicking the button twice. The hash starts to simmer and then boil, the device vibrates, and it’s time to sip smooth cool vapor from the percolator, and get very lifted.

Cannabis extracts can be three to five times stronger than raw flower. They can also be much more flavorful. That’s what drew in Volodarsky.

At age 29, depressed and out of work during the Great Recession, Volodarsky was inspired by the popular Grenco G-Pen. He decided to invent his own pen-shaped hardware device to heat up extracts into vapor. 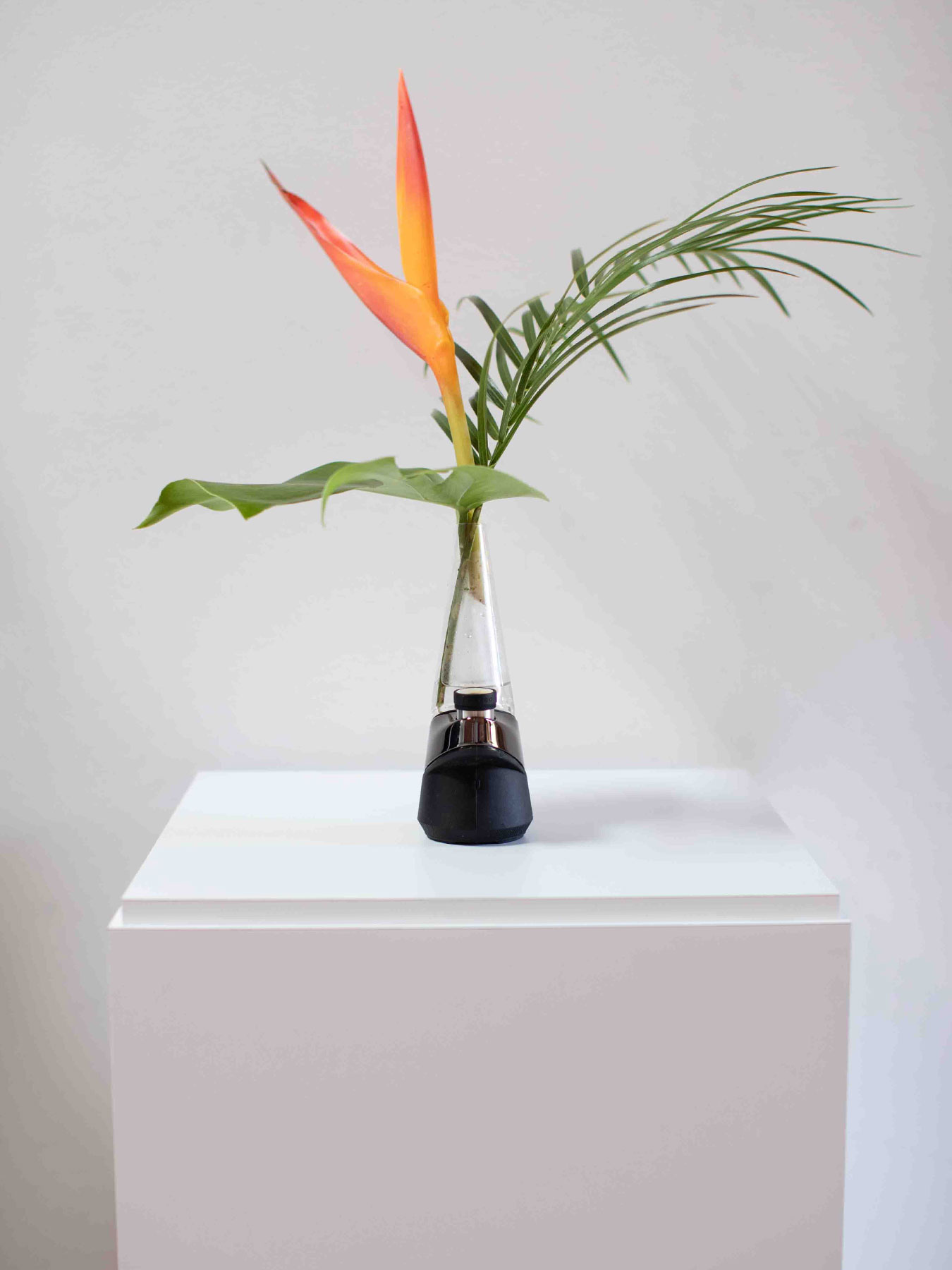 Volodarsky immersed himself in the basics of hardware design, overseas manufacturing, importing, distribution and marketing. He got a $1,300 loan from his anti-marijuana mom to buy the name “Puffco”. He hired a few friends. Within three years, the “Puffco Pro” vape pen won the highest honor in cannabis—a High Times Cannabis Cup.

This past January saw the launch of the Puffco Peak at the massive Consumer Electronics Showcase (CES) in Las Vegas. Massive hype ensued. Today, around Puffco each work day is about managing demand for the ultra-popular Pro.

“When we were developing this, we kind of knew this was a proof of concept: If we make a device that is very attractive, with no learning curve, specifically meant for using concentrates—would it convert people from a conventional rig-and-torch system?” Volodarsky explained. “Would it add new users who never looked at the concentrate space before? If we can prove that that exists, then we can pour a bunch more money into the product and make it even better than we had hoped.”

Shop For Nearby Rosin, Sauce, Budder and More on Leafly Finder

The only match for the Peak’s hype has been the hate.

“If you are going to say, ‘Your product needs to be made right the first time,' I implore you to make a product yourself for the first time.”
Roger Volodarsky, CEO of Puffco

But maybe it’s creative destruction. “We’re the only company out there that looked at the pipe-making space and said, ‘How can we elevate this to being with the times?’ Getting rid of the torch and continuing with beautiful pipe art.”

The grumbling didn’t come solely from old-school purists. There were plenty of defects in the first generation of Puffco Peaks. Initial production runs experienced high battery failure rates. The atomizer (the part that gets hot and boils the hash) also tended to go awry. Some atomizers ran very hot. Users were also breaking the atomizer by over-tightening it after cleaning. Following a redesign, Volodarsky said, “We’ve seen a massive drop in atomizer failures.”

To prevent counterfeiting and cloning of the Peak, Volodarsky splits up the Chinese manufacturing process, so no one factory can clone the entire device. That in itself can create design hiccups.

How to Shop for Your First Dab Rig

“There’s no perfect solution,” he’s learned of working in Shenzen, China. “Nobody has anything figured out in consumer electronics.”

“If you are going to say, ‘Your product needs to be made right the first time,’ I implore you to make a product yourself for the first time,” he said. “They’re not easy. But we’re up for that challenge.”

“It would have been nice to not have those bugs,” he added. But even after testing hundreds of units prior to release, “there are going to be issues. And once thousands of people have them, you go, like, ‘Shit, this is an issue, and now we need to fix this for all the users, and make sure we don’t make anything else with this.’”

With major design bugs solved, and manufacturing defects ironed out, Puffco has ramped up production of the Peak and is now introducing more accessories. There’s now a device “backpack” for Peaking on the go. The Puffco Art Show is coming to Denver Oct. 20.

Not Your Dad’s Hash Pipe: Pics From the Puffco Glass Open

That’s not to say the Peak can’t be improved. One ongoing issue is the device’s lack of an auto-shutoff function. You get nicely baked with the Peak and forget to turn it off, draining the battery.  Shouldn’t a smart rig be smart enough to power itself down?

Volodarsky takes full blame and credit. “I am the reason there is no auto-shutoff. When we were designing it, I said, ‘We’re going to use this thing, non-stop, taking 25 dabs over two days.’ I didn’t want to have to unlock it every time we used it. Unfortunately, not everyone is as heavy a user as me. Some people only take two or three dabs over two days.”

Maybe the missing auto-shutoff bricked my first one. Maybe the atomizer cleaning issue shorted out the second. Either way, Puffco replaces units as fast as they can.

“Here,” he said handing me a new, prototype all-white Peak from his personal stash of 50.

Holding the box, it felt like getting new Yeezie sneakers from Kanye. Or keys to a new Tesla from Musk himself.

“The product is working better than ever,” he said.

And the third time proved to be the charm. My new Peak performs flawlessly. 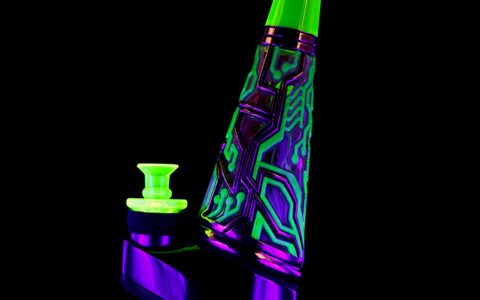 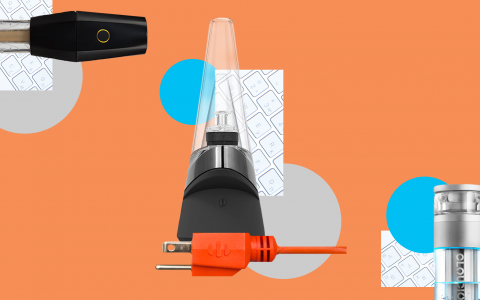 7 High-Tech Gadgets to Savvy Up Your Stash 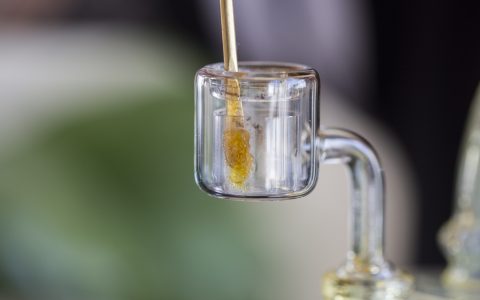 Dabbing 101: What is cannabis dabbing and how do dabs work? 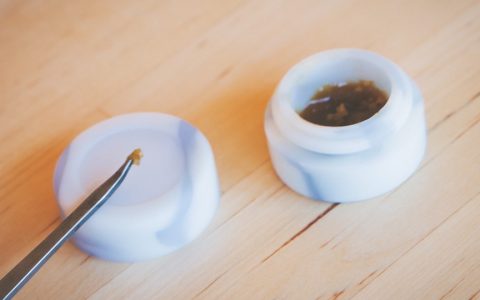 How to Buy Dabs and Cannabis Extracts