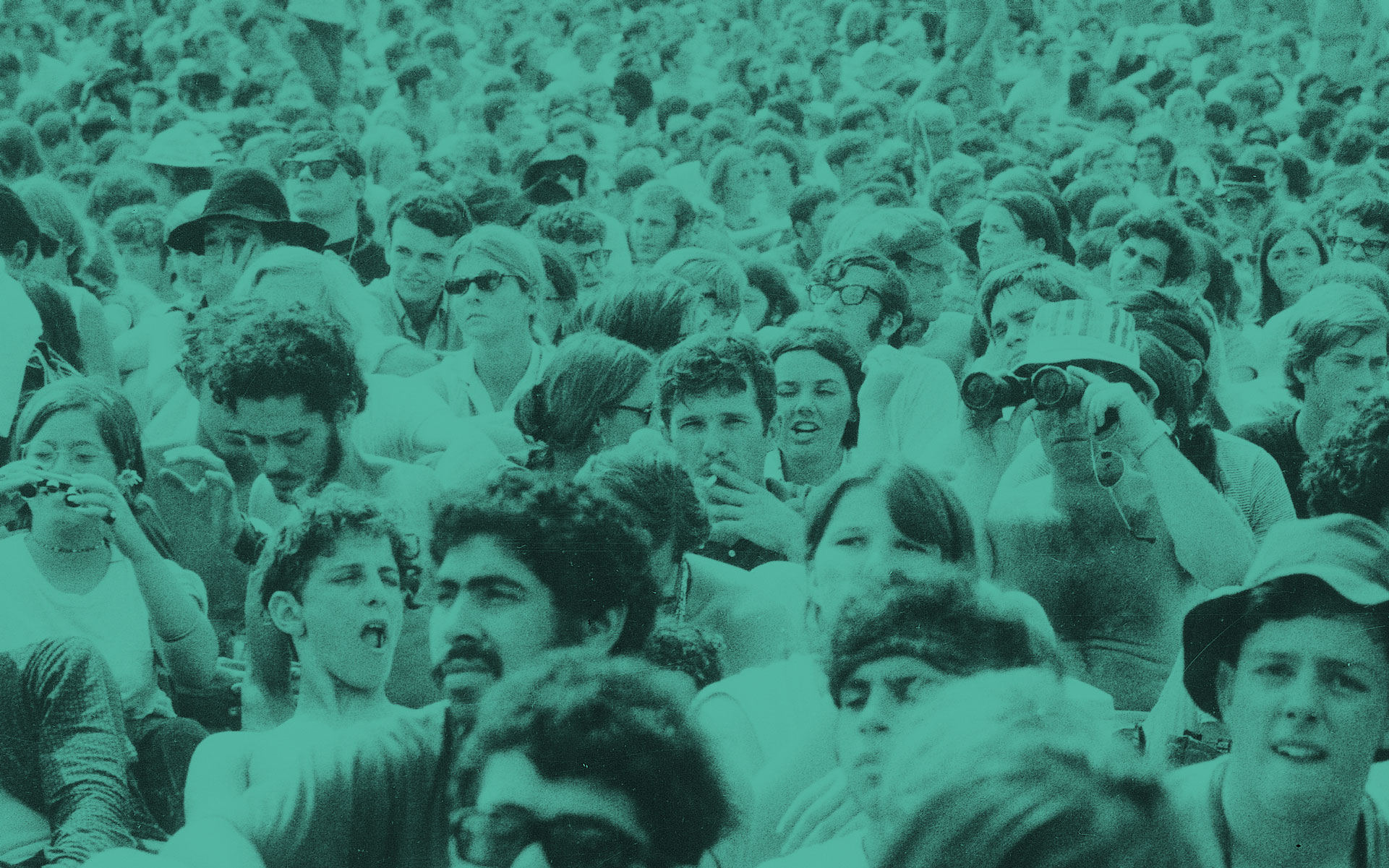 This is a view of part of the crowd at the Woodstock Music and Arts Festival held on a 600-acre pasture in the Catskill Mountains near White Lake in Bethel, N.Y., in Aug. 1969. The festival, billed as "Thee Days of Peace and Music," started on Friday, Aug. 15. More than 450,000 persons attended. (AP Photo)
A judge says the owners of the Woodstock music festival name can license it to create a cannabis brand marking the 50th anniversary of the famed gathering. That anniversary will occur in approximately two weeks.

U.S. District Judge Paul Gardephe on Monday rejected a claim that the deal would infringe on the name of another company, Woodstock Roots.

One Woodstock owns the festival name. The other Woodstock sells t-shirts and CBD oil.

Gardephe concluded the nature of the planned Woodstock-branded recreational marijuana and a competitor’s cannabis-related smoking paraphernalia are different.

For Smokers, Not for Smoking

The judge ruled that Woodstock Roots had secured trademark rights to the name for selling “smoker’s articles,” but had contended in earlier filings that those articles were not intended for smoking.

Woodstock Ventures argued recreational cannabis falls within its “natural zone of expansion” under federal trademark law. It is working on a deal with a major cannabis dispensary.

It’s unclear whether that will actually happen.

Coming Back to Cannabis? Here’s What You Need to Know

What About the Anniversary Show?

It’s also unclear whether the 50th anniversary concert will go on.

Back in January, original festival co-founder Michael Lang announced that he was organizing a Woodstock 50 event at Watkins Glen, New York. But by March, there were signs that the big show might not happen. Without the backing of a major promotional firm like Live Nation, agents began demanding 100% of their artists’ fees be paid up front. (See under: Lesson learned, Fyre Festival.) In April, organizers missed their originally schedule on-sale date for tickets. Since then, tickets have never gone on sale.

Meanwhile, on the Woodstock 50 web site, the organizers remain hopeful. “Our intention holds firm,” the site says. “To deliver a world-class, once-in-a-lifetime festival to celebrate the 50th Anniversary of Woodstock.”

Leafly staff contributed to this report.