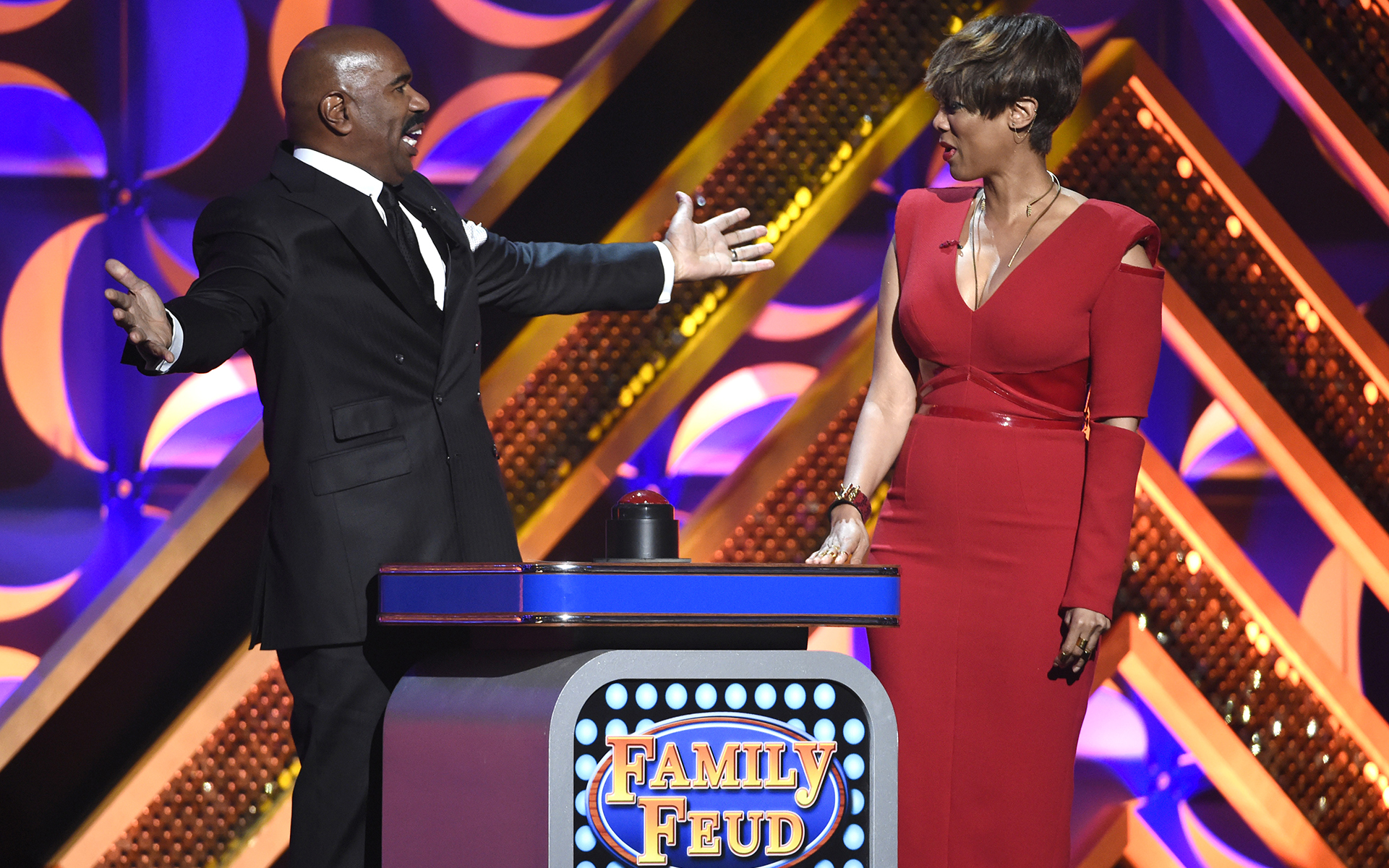 Steve Harvey, left, and Tyra Banks play “Family Feud” at the 42nd annual Daytime Emmy Awards at Warner Bros. Studios on Sunday, April 26, 2015, in Burbank, Calif. (Chris Pizzello/Invision/AP)
Have you ever been watching TV when someone on the screen says “weed” or “marijuana” unexpectedly and you get hyped like Buddy the Elf when he hears Santa’s name mentioned? You’re like “WEED! I KNOW HER!”

Turns out Family Feud is full of those moments, and as you may guess, every single one is pretty comical. So for that reason, and because I love you, I’ve compiled a list of six hilarious marijuana moments on the show.

‘Name Something That Gets Passed Around’

We were all thinking it, but surely there’s no way that’s an answer on family-friendly television, right? WRONG. His guess got eight points! What makes this clip even funnier is that the woman’s “collection plate at church” answer is up there, but it was a less popular response than the joint. So I guess that settles it: Mary Jane > Hail Marys.

‘Name a Slang Term People Use for Marijuana’

Melissa, who clearly does Crossfit and gets eight servings of greens a day, buzzes in lightning-fast with “WEEEEEDUH.” She was so confident that you’d expect her team to run through this survey, but they revealed their uber whiteness by walking up to the line with that “I have heard it called” / “I don’t know from experience” nonsense, then airballing two free throws as a unit. ANTTTT. That’s the sound you hear when you think of this family.

Also, how was “joint” up there but not “reefer”? Who chose the answers to this shit? A joint is not marijuana; it is a marijuana vessel. Same goes for doobie. Get your shit together, Family Feud.

What’s the difference between joints, blunts, and spliffs?

Lastly, I’m so dead at the dime bag dude. The man outed himself to his entire family and then it wasn’t even worth any points. Just like the holidays.

Fam, look at the #1 answer. I literally have tears streaming down my face from laughing so hard. It’s like someone had simple “WEED” penned in, which would have been perfectly fine, but then another writer came through like “Actually, it’s called skunk weed now. Times are changing.”

And come on, Clifford. Somebody get Prototype Taye Diggs outta here with that that “Wanna see me play the banjo” looking-ass outfit and that weak-ass “wacky tobacky” answer. And then he repeated it during the applause, like “Oh yeah, this is the one.” No Clifford, it’s not. Look at Steve Harvey’s face—that’s how we all feel.

Also, notice how “joint” is no longer on there but “reefer” is. I love how over time the answers for this survey got smarter and smarter. And shoutout to Kady for absolutely BRICKING that easy-ass answer for all the marbles. How do you go with “doobie” over “Mary Jane”?

What Is ‘Skunk Weed’ and Where Did It Originate?

Joel, aka Zach GalifiaNOTkis, leaned in with a Chappelle-in-his-new-special level of confidence and said, “Weed and/or medicine.” It’s hilarious because nothing about that question really suggested that weed/cannabis/marijuana would be up on the board, but I guess everyone needs to get high in order to deal with their wife’s mother. Shoutout to everyone coping with marriage.

(Also, whoever named this video “Marijuana-In-Law?” needs to be fired, and then rehired for more money. That pun is so bad and so good at the same time.)

‘Every Time We Take a Break, He Smokes Weed’

Family Feud Buzzer Control Specialist (that’s how I’d list it on my resume) is sooo a job that you have to get stoned to do, and I’d be throwing out ANTTTTs about baby names, too. The most hilarious part is how Steve Harvey uses jokes to paint a perfect picture of how the sound dude spends his lunch break. Wherever that person is now, I hope he’s doing well.

‘Name Something Grandma Might Do if She Caught Grandpa Smoking Marijuana’

Of course we had to wrap this up with Snoop. It’s only right. His family’s answer: sell it. The answers on the board read “ask for a hit,” “yell/scold him,” “toss it/flush it,” and “beat his old arse,” and they decided felony distribution was probably up there, too. That’s so damn funny. Put the Broadus family in the Hall of Fame and protect them at all costs. 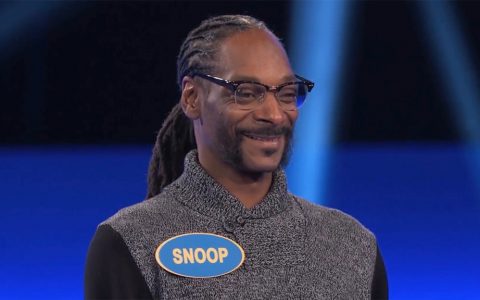 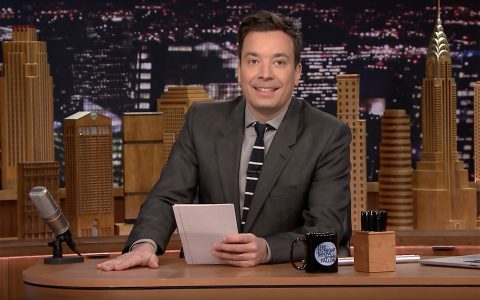 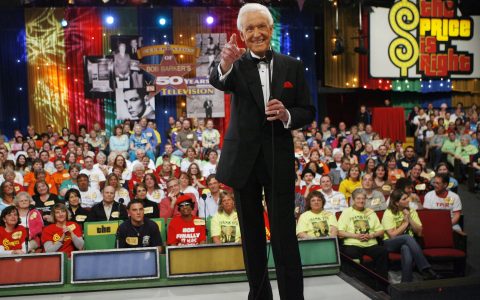 Watch This: A 'Price Is Right' Contestant Keeps Bidding $420 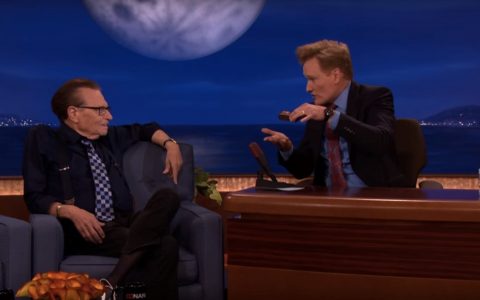