All good things eventually come to an end. Your top-shelf bud ultimately burns out, leaving you with a cashed bowl and slowly diminishing effects. A tried-and-true pair of sneakers slowly frees a wriggling toe through years of worn, thinning canvas. Even HBO’s cash cow, Game of Thrones, has only two seasons left of its epic tale, leaving viewers to worry about which visually impressive, story-rich original series to rally behind every Sunday night for the next several years.

Related
What’s the Most Popular Video Game to Play While High?

Of course, while guests can do whatever they want to the synth characters, the androids themselves can’t bring about any harm to the paying visitors. However, after a recent software update, many of the synths start exhibiting peculiar behavior, prompting the Westworld staff to investigate the source behind these oddities and okay you know what, this show is confusing as hell and I have a ton of friggin’ questions, not just about the plot (which has something to do with a possibly evil Ed Harris, awakening consciousness, cryptic mazes, and a McPoyle from It’s Always Sunny in Philadelphia), but about the park itself.

After binge-watching the first three episodes of Westworld while vaping the creativity-inducing Durban Poison, here are a few of the many, many questions I have about the complex world thus far.

1. Shouldn’t There Be More Rules to Westworld Other Than “Welcome to Westworld, Now Figure This Shit Out on Your Own”?

In the second episode, we follow a character named William (whom you may recognize as the aforementioned McPoyle from It’s Always Sunny fork stabbing people willy nilly) as he travels to Westworld with his friend. A comely employee guides him to a closet of western-themed attire to choose from, propositions him, and neglects to divulge any theme park rules whatsoever before he boards a train that will dump him into the middle of the park.

Like, what? Even video games start with a tutorial mode, and if I’m shelling out $40k to play in an immersive simulation, I want to get a handle on some things before I get started. Does stuff like food, drink, and lodging cost money in Westworld like some sort of “freemium” model, or is everything gratis in the park? If I can’t tell the difference between a synth and a guest, what happens if I accidentally stab a guest in the face because I think it’s a robot? What if I want to bail on a storyline or quest because it’s too scary or dumb or whatever for my liking? Are there park boundaries I have to stay within? What if I get lost, is there a way to track me? WHY ISN’T ANY OF THIS COVERED IN ORIENTATION?!

2. Is Anthony Hopkins Staging a Willy Wonka-esque Contest to Find His Successor?

An eccentric inventor creates an environment full of wonder, whimsy, and a glimpse of danger that’s run by a fleet of synchronized employees. Sound familiar?

Anthony Hopkins plays Dr. Robert Ford, the co-creator of Westworld who, like the famed chocolatier himself, has a way of speaking to you in a manner that sounds dignified and intelligent before you realize he thinks you’re a complete idiot. He’s also getting up there in age, has a peculiar personality, and is frustratingly cryptic, which has me convinced that this 30-year old park is about to be inherited by an Old West-loving Charlie Bucket while his competition is distracted banging synth prostitutes.

3. The Worst Job at Westworld Has to Be “Hose the Fluids Off/Out of the Synths,” Right?

In one scene from episode two, we follow a synth who “wakes up” while being serviced in the lab and catches a glimpse of a room where employees dump other synths to get cleaned up before they’re returned to the set. And by “cleaned up,” I mean “hosed off haphazardly,” which has to be the worst job in the entire park.

Related
Can Cannabis Give You Multiple Orgasms?

4. How Time-Consuming is It to Reset Westworld Each Day?

It seems as if the synths replay the same day over and over again, with their subsequent sequence of events shaped by however guests choose to interact with them. Knowing that synths can get shot, stabbed, screwed, and otherwise abused and mistreated each day, how long does it take to hose them off (ugh), patch them up, re-outfit them, and shove them back onto the set?

Similarly, what about the set itself? Between bar fights, shootouts, and normal wear and tear, how often does the town and its surrounding area need to get cleaned up or fixed each day? No wonder a ticket costs more than a luxury car. Here’s hoping Westworld Synth Janitor gets paid well for all the nasty crap he has to put up with.

5. What’s the Dumbest Thing You Can Get Away with Doing at Westworld?

Could you teach the synthabitants of Westworld how to do the “Thriller” dance? Make them believe that “Can you smell what The Rock is cooking” is a New Testament prayer? Convince everyone that twerking cures pneumonia? Since the entire park is under constant video surveillance, do the Westworld employees have a “hall of fame” collection of their favorite, most amusing guest experiences? Because if so, you know someone taught all of the synths how to do the “Thriller” dance. That would so be worth $40,000. (Or you could just make a bunch of Filipino inmates do it for free.)

6. We Can All Agree That Michael Crichton Clearly Wanted to See an Amusement Park Go Horribly Awry in His Lifetime, Yes?

Between Westworld, a futuristic theme park that looks like it will go horribly wrong in some way, and Jurassic Park, a futuristic theme park that definitely went horribly wrong in some way, I’m convinced that Michael Crichton was a lifetime pass holder at Disney World and pouted his way back to the car every time he visited and the Pirates of the Caribbean failed to glitch out and stab someone to death. Sorry, Crichton, not every park can be as dangerously problematic as Itchy and Scratchy Land.

Are you watching Westworld? If so, what do you smoke/vape during viewings and what are your questions about this impressive, audacious, and confusing as hell series? 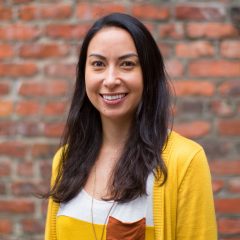