We may have found the worst movie of all time.

Reefer Madness, originally titled Tell Your Children, is a propagandistic film from 1936 about the negative effects that marijuana will have on humanity and why it’s imperative that the world oppose the plant.

It follows the stories of a few high schoolers—siblings Jimmy and Mary Lane, and Mary’s boyfriend, Bill—who meet some marijuana salesmen, start hanging out at a “reefer house,” and ultimately, ruin their lives by getting into serious legal trouble (Mary’s accidental death). The overall goal of it is for parents to be able to take this film, show it to their children, and say “If you use drugs, this is your future.”

Though the movie has been out since I was like -54 years old, I had never taken the time to watch what some film critics have called one of the worst movies ever. So, in the spirit of continuing our mission to end the negative stigmas around cannabis consumption and its many many wellness benefits, I decided to peep this movie and make a list of all the silly shit I observed.

The ‘marijuana is more dangerous than heroin’ callout

Off the top, this is the biggest lie in the entire film. I don’t even need to open my “No one has ever overdosed on cannabis” bag to combat it. I live in Seattle where we see people openly use both substances in public daily, and lemme tell ya, the people with vape pens are doing a lotttt better than the people stabbing their arms with needles.

They sneak in many anti-marijuana arguments disguised as discussion. During one scene, the high school principal is talking to another man about why parents should be worried about marijuana use, and the man rattles off a few stirring stories: one of a man who got high and killed his whole family with an axe, another about a woman who got high and was “taken” by five men.

While these crimes do happen, not a single one of them is due to the high you feel from consuming cannabis. You might get high and feel euphoric, happy, sleepy, or relaxed, but murderous and rapey? Absolutely not. 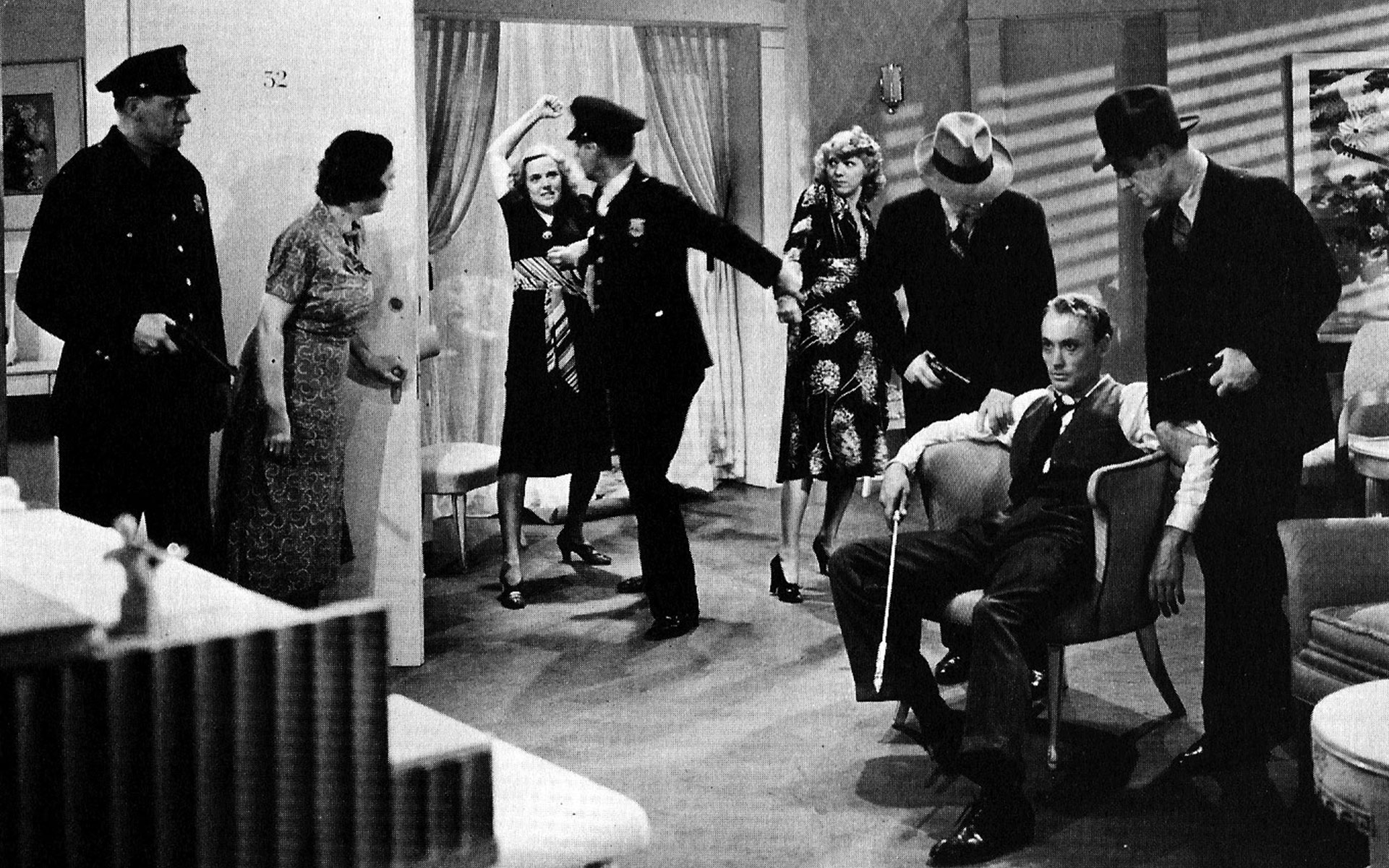 Under the influence of marijuana, Jimmy runs over a man with his car because he didn’t react in enough time to see the streetlight change from green to STOP. So he does about 50 mph right through the light, completely runs his car over a pedestrian, and never notices, all because of weed. These filmmakers want you to believe you can get so high that you wouldn’t notice a human body barreling under your car. Come on, man.

The physical withdrawals from cannabis use

Multiple times throughout this film they portray marijuana “addicts” as these crazy wide-eyed junkies who switch into a manic state of being any time they need their fix. It’s especially apparent at the end when Ralph, one of the weed salesmen turned insane criminal, is damn near scratching his neck while demanding he be brought more “reefers.” It’s quite possibly the biggest sign of “OK, this movie is bullshit” that you’ll see, while we can debate the emotional and intellectual withdrawals that make you go criminally insane.

TL;DR: Cannabis does NOT turn you into a crack addict.

Every time people smoke in this film, they blow out the biggest clouds ever. It’s clear they’re not inhaling, but instead, lighting joints and then blowing directly out. These kids don’t even know how to smoke big weed, so their antics definitely are not the result of Mary Jane. In addition to never inhaling, these people never cough either. This leads me to believe they are not really smoking, because we KNOW the the cannabis back then wasn’t clean or good enough for smooth hits.

Overall, this movie is full of misleading information about the plant, backed by unrealistic imagery of its effects, and it’s easily one of the most uncreative and tone-deaf pieces of anti-cannabis propaganda to ever exist.

Lifestyle
Iconic Brownie Scenes in Film History
Lifestyle
Watch MedMen's First Ever Cannabis Commercial
Lifestyle
Watch This: Getting Stoned With Seniors in Seattle
Cannabis 101
5 Facts About The Marihuana Tax Act of 1937
Sign up for more Leafly news
Thank you for subscribing!