Watch This: Chance the Rapper Urges to ‘Let Everybody Out of Jail for Selling Weed’

Diana RochaJuly 2, 2017
Share
Share on Twitter   Share on Facebook
Print
Chance The Rapper accepts the humanitarian award at the BET Awards at the Microsoft Theater on Sunday, June 25, 2017, in Los Angeles. (Matt Sayles/Invision/AP)
In case you missed it, Chance the Rapper took home the award for Best New Hip Hop Artist at the BET awards last weekend. He also became the youngest artist to receive the BET Humanitarian Award at the ripe age of 24. In regular Chance fashion, he used his platform for good, following an introduction by Michelle Obama, who stated, “Chance has been taking that big, bright spotlight that follows him around and shining it on young people in our hometown of Chicago.”

The multi-Grammy award-winning artist spoke to a litany of improvements we can make, starting with “tell[ing] everybody in this government that y’all need to let everybody out of jail for selling weed before y’all start making it legal for people to sell it and make capital off it.”

Chance is speaking to the tens of thousands of people currently incarcerated for drug offenses that have disproportionately affected communities of color since the beginning of prohibition. An African American person is 3.73 times more likely to be arrested for having marijuana than a white person despite using cannabis at a similar rate as white populations. Even in states where cannabis has been legalized for recreational use, minority communities still face a higher rate of arrest for drug possession. While some states, like California, have written bills to include past drug offenders in the running for cannabis business licenses, other state dispensary groups have lobbied to keep these “criminals” out of their industry.

Why does he care?

Chance’s breakthrough mixtape, 10 Day, was titled and created during a ten day suspension from Jones College Prep (a Chicago public school) for smoking cannabis. Throughout his discography, Chance references recreational cannabis use and growing up on the south side of the city when “79th street was America then.” His music is usually lighthearted and fun, but also speaks to darker moments which impacted him, like witnessing the stabbing and death of his close friend, Rodney Kyles Jr. Chance credits the moment with “put[ting] a lot of things into perspective for me.”

Instead of contributing to the violence associated with his neighborhood, Chance has made it his work to change the story, saying, “It’s not gonna change until somebody, anybody, puts it right in front of everybody else’s faces.”

The same can be said of the war on drugs. Long claimed to be a war on crime, it has become clear that prohibition has failed in all aspects. While some states have moved to legalize medical or adult use cannabis, thousands of individuals are still incarcerated for nonviolent drug crimes. Thousands more live with felony records that bar them from job or housing opportunities. Until this inequity is corrected, cannabis will continue to mean restrictions, rather than freedom, for many people.

Chance has used his platform to positively influence some of the neighborhoods most affected by this war on drugs in Chicago….from taking Chicago public school students on field trips to distributing sleeping bag and coats to homeless populations. More recently, he contributed $1 million to Chicago public schools and launched the nonprofit SocialWorks to continue this work to empower young people. (And did I mention he’s only 24?)

I could go on and on about the work Chance has done to positive impact Chicago, but we’ll be here all day (and we all know you could use a smoke break). The truth is we can treat symptoms all we want, but until we fix the disease known as prohibition, we will be fighting an uphill battle. As highlighted by my fellow Chicagoan, an end to criminalization needs to be at the forefront of our fight for freedom. Cannabis users are not criminals.

I’ve said it before, and I’m sure I’ll say it again: THANK YOU, CHANCE.

Footnote: Our sister company, Marley Natural, has teamed up with the Minority Cannabis Business Association to expunge criminal records for nonviolent drug crimes. If you know someone who can benefit from this service, or want to learn more, check out Rise Up for more details. Cannabis shouldn’t be a life sentence for anyone. 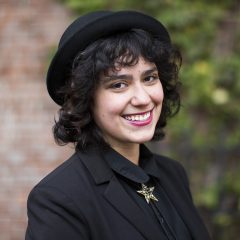 Diana Rocha is a former Customer Support Specialist for Leafly.

Industry
Can You Enter the Cannabis Industry if You're a Felon?
Politics
How the Drug War Is Contributing to a Constitutional Crisis
Politics
Feds Still Jail More People for Cannabis Than Heroin
Politics
Congressman Fudges Stats About Blacks to Back Up Prohibition