While advocates for legalization in Arizona have already collected more than enough signatures to ensure that the Smart and Safe Act, a statewide recreational marijuana legalization measure, will be eligible for the state ballot this November, their anticipated victory is bittersweet. Mikel Weisser, the director of Arizona NORML and a veteran activist who played an enormous role in bringing Arizona to the cusp of legalization, passed away on May 14 after suffering a heart attack.

“He was always aiming for everyone to feel included. We have a huge, huge loss and a huge gap in the industry now that he’s gone,” Sara Gullickson, the CEO of Cannaboss Advisors, said during a virtual town hall for industry stakeholders last week that doubled as a memorial for Weisser. “It’s up to us to stand up and to fill the gaps…as a community, and make him proud.” 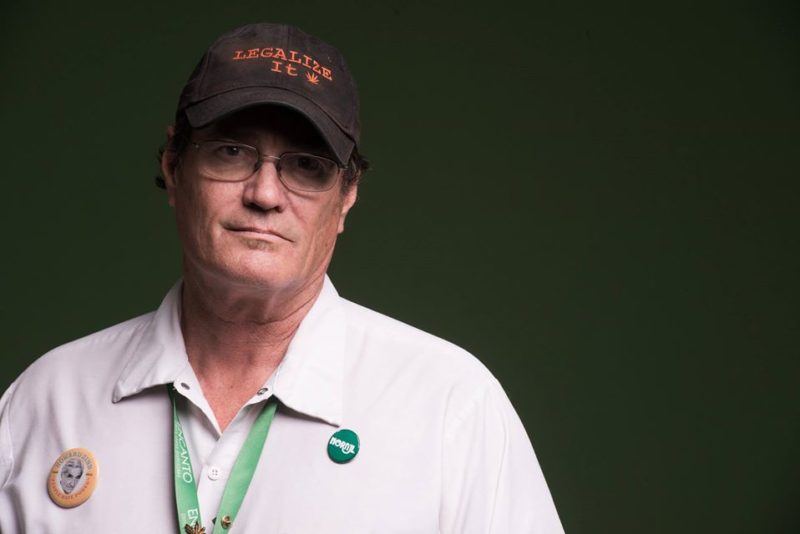 Mikel Weisser, a driving force behind cannabis legalization in Arizona, passed away on May 14. (Photo: AZ NORML)

Arizona is ready for change

There are many reasons for advocates to be optimistic about their chances of fulfilling Weisser’s dream this November.

For starters, a poll conducted last November found that 54% of Arizona residents support the initiative.

And while Arizona’s State Supreme Court ruled earlier this month that gathering electronic signatures for any ballot initiative is not permitted (but is, oddly, allowed for individuals seeking to run for office), cannabis activists were unperturbed. While they need to gather 237,645 valid signatures to get their initiative on the ballot, they hit 300,000 in March and are still going strong, in anticipation of some of the signatures being contested by state officials.

Furthermore, Arizona voters have already seen the positive effects of a regulated cannabis market. The state’s medical marijuana program, launched in 2010, has been notably successful. There are currently over 225,000 patients in the state, and, as Demitri Downing, the founder of the Marijuana Industry Trade Association (MITA-AZ), pointed out during the virtual town hall, the state is currently home to “one dispensary for every ten pharmacies.”

The vertically-integrated program has also proven to be a big money maker. In 2019, Arizona sold more than $500 million of medical marijuana. In 2018, the program generated an estimated $46 million in state tax revenue, and even more in 2019.

The tax revenue that legal cannabis would generate has added appeal in the wake of the COVID-19 pandemic, which is projected to leave the state with a $1.1 billion budget deficit.

“It certainly is the silver lining in the pandemic,” said Stacy Pearson, a senior vice president at the consulting firm Strategies 360 and the spokesperson for the Arizona legalization campaign. “We hired an economist early on,” she added. “His projection, pre-pandemic, was that legalization [would generate] about $340 million in annual revenue. This isn’t chump change. It has the potential to solve a number of problems.”

No powerful opponent or opposition group has yet emerged to fight the legalization measure. One of the wealthy adversaries who helped sink Arizona’s 2016 legalization measure, in fact, is out of the game due to his own malfeasance. John Kapoor, the former chairman of the Arizona-based Insys Therapeutics, the fentanyl maker, was a prominent donor to anti-legalization efforts in 2016. This past January, Kapoor was sentenced to five-and-a-half years in prison for bribing doctors to promote an oral fentanyl spray called Subsys.

Working with others on their concerns

This will be Arizona’s second substantial attempt to legalize cannabis. Four years ago Proposition 205 fell short of victory, with 48.7% of voters in support. Advocates have taken a proactive approach to ensure their past loss doesn’t come back to haunt them.

“We worked for months with opponents of the 2016 initiative to ensure that language crafted for the 2020 initiative addressed their concerns as best we could,” Pearson told Leafly.

In 2016 the state’s Chamber of Commerce raised concerns that the bill didn’t permit employers to prohibit cannabis for specific professions, like electrical workers who work on utility poles, Pearson explained. Additionally, Pearson said, law enforcement officials were concerned about a lack of language around impaired driving; she noted that both of those concerns have been addressed in the revised initiative.

Activists unite to pass the Act

Furthermore, the 2020 initiative is being supported by a united front of cannabis activists. In March, the Arizona Cannabis Chamber of Commerce (commonly known as the AZC3), which had crafted a competing bill, ended its campaign and endorsed the Smart and Safe Act.

“The initiative definitely isn’t ideal,” Mason Cave, an AZC3 board member, said at the time. “But you know what? The state of Arizona is still going to get adult-use legalization at the end of the day. And that’s the most important thing.”

Weisser’s presence in the measure

Although he will tragically not be able to vote for the Smart and Safe Act himself, advocates say that Mikel Weisser’s passion is evident throughout the initiative.

“Shortly after we were hired to manage the campaign, [Mikel] came into the office and said ‘These are the things I want you to consider as good policy,’” Pearson told Leafly. “Almost all of those components are in the initiative voters will vote on in November.”

Pearson cited Weisser’s push for expungement and retroactive release as particularly significant. “He was so passionate about people not getting left behind,” Pearson added. “He was thrilled to see it getting taken seriously in this initiative. He was so proud to be the part of the team that gives people the opportunity to get back on a level playing field.”

As for Weisser’s other peers in the industry, it became clear during the virtual town hall that they are already thinking about what comes after the bill passes. They spent a large portion of the event discussing business opportunities in post-prohibition Arizona.

“The future is Smart and Safe,” Downing said during the event. “Smart and Safe will be voted on and will win in November.”

A GoFundMe, called “There Will Now Be Legal Marijuana in Heaven,” has been created to support Mikel’s wife Beth in these difficult times. You can find it here.