Until recently, cannabis has been predominantly associated with THC, the plant’s famously psychoactive and most abundant ingredient. Now the focus is shifting to the second-most abundant and, perhaps most importantly, non-intoxicating cannabinoid: cannabidiol, or CBD.

As more and more researchers discover the molecule’s therapeutic effects, cultivation of CBD-rich strains has ballooned, and CBD products are now flooding the market in countries such as the Czech Republic. The explosion stands to benefit both patients and everyday consumers, but it also exposes a need for legal reform and regulation.

It would’ve been impossible for regular visitors to Prague’s Cannafest, one of Europe’s most popular cannabis trade fairs, to have missed the major change the event saw between 2014 and 2015. Two years ago, only a handful of companies were selling CBD products, mainly unprocessed hemp buds and leaves in sold as “tea.” By last year, though, the exhibition halls boasted dozens of high-tech companies offering a wide array of drops, oils, tinctures, capsules, balms, and more—all reputedly containing high amounts of CBD and virtually no THC.

“It seems like everyone is into CBD now,” said Jiří Novák, CEO of cannabis marketing company Canna b2b and head of Cannafest’s production team. “There were producers not only from Czechia, but also from Germany, Poland, Slovenia, Holland, and Denmark.”

Prague Prepares for Cannafest, One of Europe’s Biggest Cannabis Festivals

Unlike THC, CBD is legal in Europe (with the exception of Slovakia), and its therapeutic effects have been demonstrated by scientists around the world in recent years. As such, many farmers saw an opportunity to make considerably more money through CBD than by growing hemp only for seeds and fiber. They eventually started to look abroad for export possibilities.

The US Food and Drug Agency, however, wasn’t having it. Regulators issued warning letters in February “to firms that market unapproved new drugs that allegedly contain cannabidiol.” The move scared off most potential American importers of European CBD—and caused headaches for Czech farmers who had already taken pre-orders from across the pond.

Patient advocates, meanwhile, complain that under current rules, legal CBD products must contain only that cannabinoid and no others, similar to CBD-only medical marijuana laws in some US states. Available evidence, however, suggests synergy between cannabis’s components is crucial to obtaining best therapeutic effects. As a result, many patients are dissatisfied with available CBD products, and they often go back to illegal homemade remedies that also contain THC and a range of other cannabinoids.

In 2015, Czech authorities approved use of Cannabis sativa flower extracts in “food supplements” provided they contain less than 0.15 ppm (0.000015 percent) THC. “Many CBD-infused products on the market mimic food supplements by retail format when usually sold in drop-dispensing bottles,” said Boris Baňas, board member of the European Industrial Hemp Association (EIHA), in a recent lecture about CBD laws in Europe. “However, THC content, product labeling and declarations are very often outside of the food industry rules.”

Current marketing strategies by some CBD companies can mislead consumers, too. For example, a product on the Czech market called Phoenix Drops is clearly intended as a reference to Phoenix Tears—the name used in to refer to a high-THC extract created by medical marijuana advocate Rick Simpson. Legally, however, the drops contain only a minute amount of THC. Patients who buy Phoenix Drops may think they’re obtaining whole-plant extract with loads of THC, but what they’re really getting is a very expensive bottle containing a little CBD and even lower levels of other cannabinoids.

With storehouses full of dried hemp flowers waiting to be extracted and purified, and with obstacles to selling it, it’s possible the CBD bubble could eventually burst for Central European farmers unless circumstances change.

Correction: An version of this story misstated the THC limit for Czech-approved CBD food supplements. They must contain less than 0.15 ppm THC.

CBD
What is CBD and how does it work in the brain?
Politics
Fentanyl Maker Insys Is Running CBD Clinical Trials
CBD
Which cannabis strains are high in CBD?
Share
Twitter   Facebook
Print
cannabinoidscbdCBD Weekczech republicEuropepolitics 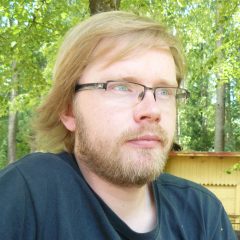