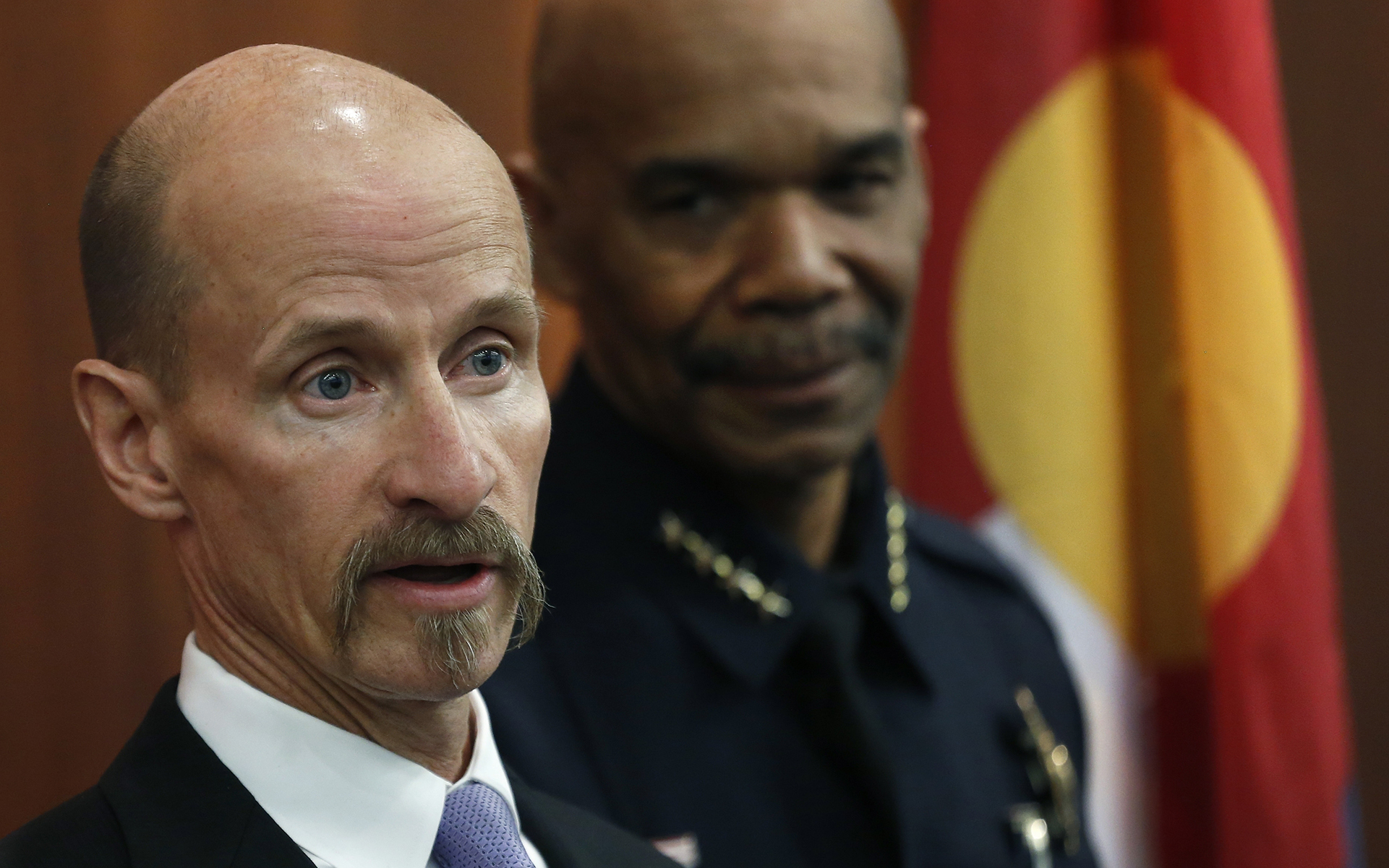 The statement by U.S. Attorney Bob Troyer came amid bipartisan outrage over Sessions’ decision to end the Cole memorandum, which sharply limited what charges prosecutors could pursue in legal pot states. He will allow federal prosecutors to decide how aggressively to enforce longstanding federal law banning cannabis.

Colorado was the first state in the nation to sell recreational cannabis legally after voters in 2012 approved it. The state has also has a longstanding medical marijuana industry and Colorado’s annual marijuana sales are more than $1 billion.

Troyer said his office will continue to focus on “identifying and prosecuting those who create the greatest safety threats to our communities around the state.” That approach is consistent with Sessions’ guidance, he said.

Colorado’s Attorney General, Cynthia Coffman, said she was reassured by Troyer’s statement and told reporters that Colorado residents should not “freak out.”

Coffman, a Republican, said she believes nothing will change regarding federal enforcement of marijuana in the state.

She said her office would fight back if U.S. prosecutors go after people Colorado has permitted to sell cannabis and are following the state’s regulations. Marijuana businesses could also argue that the U.S. government created expectations of stable policy and cannot just reverse them with no warning.

Gov. Hickenlooper: Sessions Is All Talk

Gov. John Hickenlooper, a Democrat, also urged calm: “I think it will be the case where the bark is going to be worse than the bite.”

Sessions’ move infuriated Colorado elected officials of both parties. Republican U.S. Sen. Cory Gardner said he’s placing a hold on Justice Department nominees and will try to push legislation to protect marijuana sales in states where they are legal.

He said Sessions promised him that he would not repeal the Obama-era policy on lenient enforcement before being confirmed as the nation’s top law enforcement official.

Gardner noted that during the 2016 presidential campaign, Trump told a Colorado television reporter that he believed marijuana should be left up to the states.

“Why does Jeff Sessions think President Trump was wrong?” he asked.

Gardner said he found out via Twitter that Sessions was changing the policy. He said he plans to reach out to other lawmakers from Alaska, California, Massachusetts, Nevada, Oregon and Washington state to seek congressional protection for cannabis programs.

“In rescinding the Cole memo, the Attorney General failed to listen to Colorado, and will create unnecessary chaos and confusion,” he said on Twitter.

U.S. Rep. Mike Coffman of Colorado condemned the decision as an infringement on states’ rights and pledged to fight any action targeting the state’s legal market.

“Colorado had every right to legalize marijuana, and I will do everything I can to protect that right against the power of an overreaching federal government,” the Republican said in a statement.

Freedman, who formerly worked as Hickenlooper’s director of marijuana coordination, said the uncertainty will make law-abiding people less likely to get involved in the market and make it harder for banks and insurance companies to justify the risk of working with marijuana businesses.

“It seems like a foolish step. Certainty brings better players into the market, more legitimate capital. People who want to be law-abiding will be more likely to enter into the regulated system,” he said.

Freedman said this is a time for states to increase enforcement to ensure businesses are following the law.

“We should all make sure it’s done as safely and efficiently as possible,” he said. “It’s more of a reason to double down on efforts, not to retreat.”