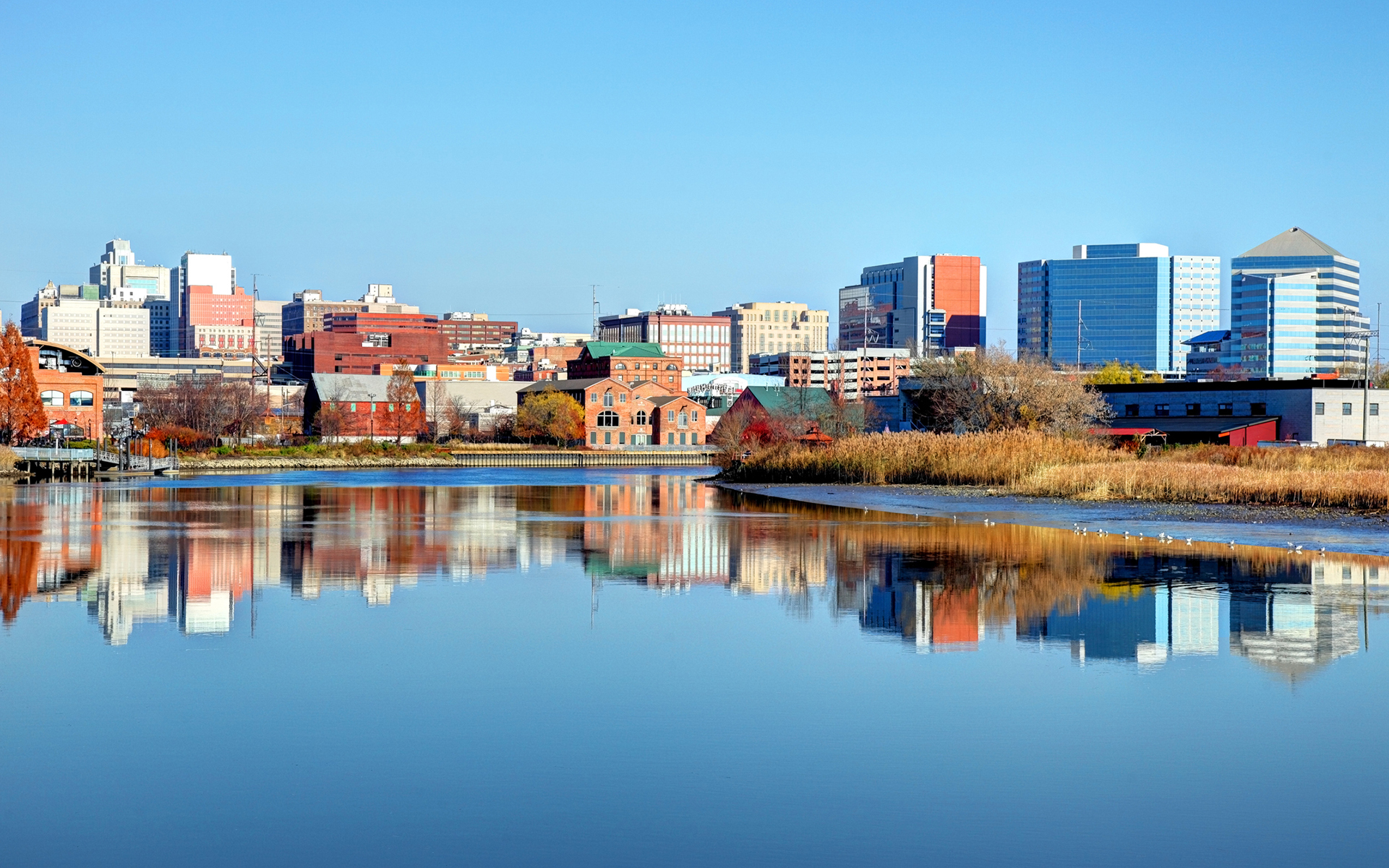 Wilmington is the largest city in the state of Delaware, United States and is located at the confluence of the Christina River and Brandywine Creek
Late last week, cannabis reform advocates gathered in Delaware’s historic statehouse in Dover to receive a dose of wisdom from John Flaherty, a veteran state government watchdog from Wilmington.

“Today we begin a conversation,” said Flaherty, who’s been walking the statehouse halls for more than three decades. “Be prepared to be patient and to not get your way on the first try. Today’s ‘No’ is tomorrow’s ‘Yes’ if you stay focused and make a good first impression.”

'Today we begin a conversation. Be prepared to be patient and to not get your way on the first try.'
John Flaherty, Delaware statehouse veteran

It was a piece of sound advice for the more than 80 cannabis activists who came to Dover to press their case for adult-use legalization. Advocates spent an unseasonably mild January day buttonholing politicians and counting votes.

Their goal? To get a bill legalizing adult use cannabis onto the governor’s desk by springtime. Activists are confident that Delaware’s General Assembly will pass a bill to end cannabis prohibition in this state within the next six months.

Is the optimism justified? Possibly.

A recent University of  Delaware poll found that 61% of Delaware residents support legalizing cannabis for adults 21 and older. The State Assembly is heavily Democratic (with a 25 to 15 split), while the State Senate is currently deadlocked with ten Democrats and ten Republicans. Cannabis reform isn’t a neat red-blue issue, and the Delaware legislature has proven to be open to progress on the issue. One of the main blocking points may be new Gov. John Carney, who supported Delaware’s 2016 move to decriminalize cannabis but wants the state to wait and see how the decrim law plays out before considering adult-use legalization.

State Sen. Margaret Rose Henry (D-Wilmington) said last October that she intended to propose a bill to legalize adult-use cannabis, but she has yet to introduce such a measure in the session that opened on Jan. 10. Henry was the author of Delaware’s medical marijuana bill, which became law in 2011. During a meeting of the state Medical Marijuana Act Oversight Committee last year, she said “it’s time to certainly look at” adult use legalization, but predicted it would be “an uphill battle.”

Most of the cannabis advocates last week expressed a desire to do more than “look at” the idea. “We have passed the tipping point on this issue,” said Zoë Patchell of the Cannabis Bureau of Delaware.

What about Gov. Carney’s wait-and-see approach?

“It’s Jeff Sessions that everyone should be worried about,” Ferguson said. “He could undo years of progress.” Ferguson said she and others in Delaware “are working towards legalization in 2017 and we will not waiver.”

Why go the legislative route?

Because it’s the only way. ”Delaware does not have a referendum process,” Pachtell pointed out. “We can only legalize through legislation.”

Several states, including neighboring New Jersey, have an unwieldy referendum process that requires statewide ballot measures to originate in the state legislature. Because politicians control the timing, the state’s referendum process is often highjacked by the gatekeepers, who often seize on ballot measure to enhance their own reelection chances.

Passing adult use legalization through the state legislature isn’t impossible, but it won’t be easy—especially because any legalize-and-regulate scheme would include the creation of a cannabis tax. “Delaware state law requires all tax bills to be passed by a three-fifths ‘super majority,’” Pachtell said. So the decriminalization bill required only 51 percent to pass. An adult use measure will need 13 votes in the Senate, and 24 votes in the Assembly.

“Because we need the three-fifths support in both chambers, it is imperative that we build bipartisan interest,” Pachtell added. “We already have the number of votes we need in the Senate to pass this legislation.” That quote contains a tacit implication: There’s still work to do in Delaware’s lower house.

Delaware is tiny, even by East Coast standards. At 2,491 square miles, the state is half the size of Los Angeles County. That means you don’t have to drive very far before you’re in an another state. Delaware’s diminutive nature illustrates the pitfalls of America’s current state-by-state approach to cannabis reform. In the Mid-Atlantic, it’s common to cross multiple state lines every day as we go about our business. Cannabis users who travel around the region watch their liberties and legalities fade in and out like cell phone reception.

That highlights the need to incorporate reciprocity, which Delaware’s medical cannabis law currently doesn’t have.

“We were dismayed when Delaware eliminated the out-of-state patient reciprocity clause for the medical cannabis program,” Pachtell told Leafly. The loss of reciprocity, she said, gives cannabis activists “even more reason to make it legal for adults 21 and older.”