The networks didn't want us to hit people over the head with the word 'marijuana.'
Bob Hoban, The Hoban Law Group

The Hoban Law Group, a national firm that specializes in hemp, medical marijuana, and adult-use cannabis issues, worked with Denver-based producer DCP Media to create a spot that met the requirements of a variety of networks.

It wasn’t easy. Bob Hoban, the firm’s founder and namesake, told Leafly the networks wanted to make sure “we didn’t hit people over the head with the word ‘marijuana.’ So in the ad we talk about industrial hemp, and the medical and adult use marketplaces. They asked us not to flash a lot of marijuana plants, which was fine, that’s not our M.O. anyway.”

The ad buy isn’t so much about immediate business development, Hoban said, as it is about keeping his firm on the pioneering edge of the industry. “We’ve been on the leading edge of the cannabis industry not just as lawyers but as business consultants,” he said, recounting his history as an attorney representing Colorado’s first dispensaries. “With this ad we’re continuing” to push the boundaries and reinforce the recognition of the Hoban Group as a national brand.

Because the product is legal advice, not cannabis itself, the spot got clearance to air in primetime.

Why was Hoban able to get the word ‘cannabis’ on the air? Much of the credit for that goes to Derrick Perkins, the DCP Media producer who worked with the law firm. Perkins, a veteran television advertisement and content producer, knew the specific guidelines that each cable network upholds when it comes to cannabis.

“They all have their own laws when it comes to cannabis,” Perkins told Leafly. Over the past 18 months, he said, he compiled a knowledge base that helped him craft language and a message that stayed within all those boundaries.

“What’s unique about Bob’s product is that you can’t ingest it,” Perkins said. It’s not cannabis flower, it’s not an edible or a topical. It’s straightforward legal and business consulting. Because of that, Perkins said, the Hoban firm was able to obtain primetime slots, from 7pm to 10pm weeknights.

The Hoban ad marks the first time the word “cannabis” is used or spoken directly in a national spot.

Previously, some ads that obliquely alluded to cannabis growing, without actually saying it, aired on at least one national commercial network. Last year this ad for Black Magic Potting Soil, a product from Scott’s Miracle-Gro, aired on ABC during the NBA Finals:

In case anyone missed the hint, Scotts Miracle-Gro CEO Jim Hagedorn told Forbes shortly thereafter that he intended to invest millions in the cannabis grow sector. “It is the biggest thing I’ve ever seen in lawn and garden,” he said at the time.

In August 2014, Leafly became the first cannabis-related company to place a full-page ad in the New York Times. 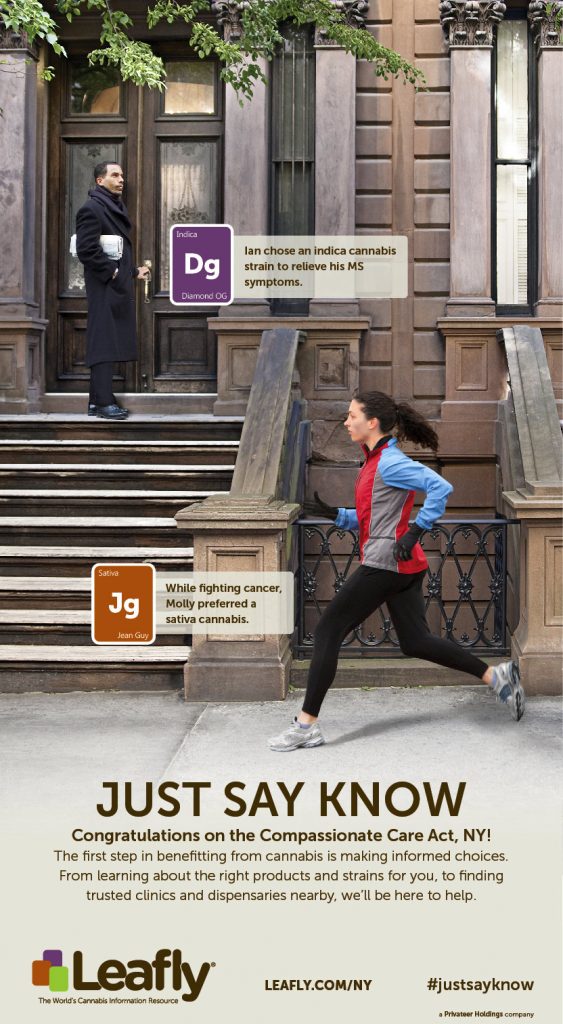 Industry
Find Harvest House of Cannabis marijuana in Arizona
Industry
New company of cannabis pioneer seeks to unlock the endocannabinoid system
Industry
How is a cannabis pill made? Its journey from seed to capsule
Industry
Las Vegas cannabis stores are reopening. Here's what it looks like