U.N. Hears Major Differences on Global Approach to Drug Use 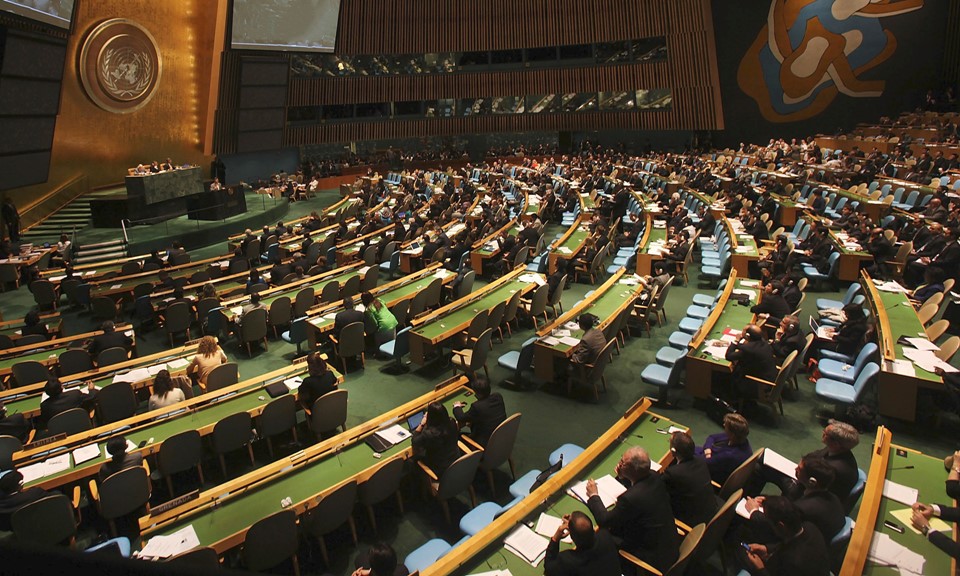 UNITED NATIONS (AP) — Jamaica defended its decriminalization of possession of small amounts of marijuana. Iran said it seized 620 tons of different types of drugs last year and is helping protect the world from "the evils of addiction." Cuba opposed the legalization of drugs or declaring them harmless.

The first U.N. General Assembly special session to address global drug policy in nearly 20 years heard major differences on the approach to drug use on its second day on Wednesday.

On the liberalization side, Canada's Health Minister Jane Philpott announced that the government will introduce legislation to legalize marijuana next spring. She said Canada will ensure that cananbis is kept out children's hands, and will address the devastating consequences of drugs and drug-related crimes.

Jamaica's Foreign Minister Kamina Johnson Smith told delegates that the government amended the Dangerous Drugs Act last year to give tickets for possession of less than two ounces of cannabis instead of making it a felony offense, and to legalize the sacramental use of marijuana by Rastafarians. It also established provisions for the medical, scientific and therapeutic uses of the plant, she said.

Smith said Jamaica is finalizing a five-year national drug plan including programs to reduce demand for drugs, provide for early intervention and treatment of drug users, and promote rehabilitation and social reintegration.

Michael Botticelli, director of the White House Office of National Drug Control Policy, stressed that "law enforcement efforts should focus on criminal organizations — not on people with substance use disorders who need treatment and recovery support services."

He called for drug policies in every country to address the needs of underserved groups including women and children, indigenous people, prisoners, and lesbians, gays, bisexual and transgender people.

On the tough enforcement side, Indonesia's Ambassador Rachmat Budiman said "a zero-tolerance approach" is needed to suppress and eliminate the scourge of drugs.

He said drug trafficking rings are using new "psychoactive substances" and the Internet to penetrate all levels of society, including the young generation, and pose "a serious threat which requires extraordinary efforts."

Like Indonesia, Iran imposes the death penalty on drug traffickers.

Iran's Justice Minister Abdulreza Rahmani Fazli told the high-level meeting that the Islamic Republic has spent billions of dollars in its campaign against armed drug traffickers.

He said Iran is ready to host an international conference on countering drugs and drug-related crimes along the Balkan route, one of the two main heroin trafficking corridors linking opium-producing Afghanistan to the huge markets of Russia and Western Europe. It usually goes through Pakistan to Iran, Turkey, Greece and Bulgaria across southeastern Europe to the Western European market, and has an annual market value of some $28 billion, according to the U.N. Office of Drugs and Crime known as UNODC.

Fazli said the conference, in collaboration with the UNODC and countries on the route, would tackle ways to combat drug-related money laundering and detect drug trafficking ringleaders.

"It will be really difficult to solve the problems of mass production of and trafficking in drugs from the South, if the majority demand from the North is not eliminated," she warned.

Reus Gonzalez also warned that legalizing drugs won't solve the problem either and will only open "more dangerous gaps for the stability of our nations." She reiterated "Cuba's absolutely commitment to achieving societies free of illicit drugs."