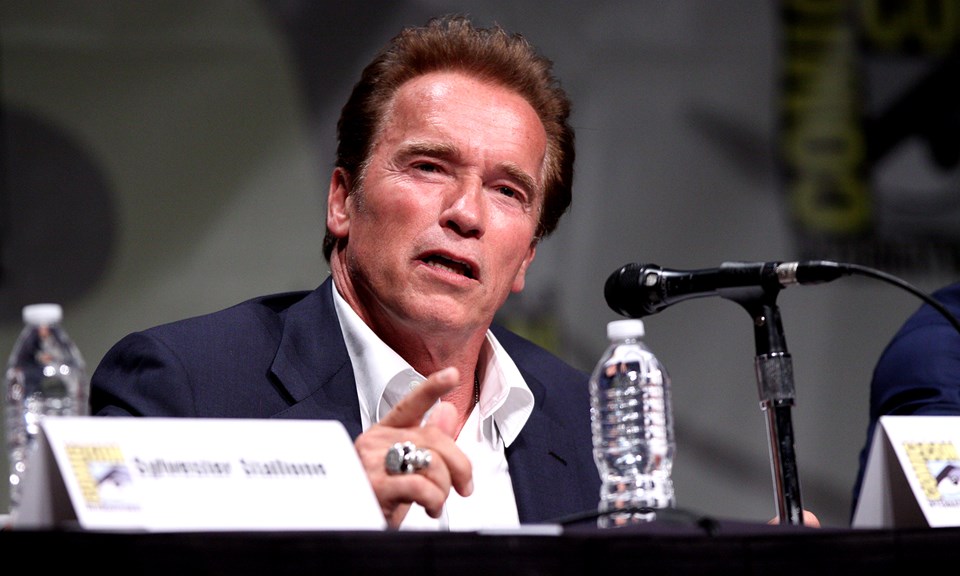 Democratic tongues are wagging this afternoon with the news that Arnold Schwarzenegger, leader of the moderate wing of the Republican Party, will appear at the Democratic National Convention tonight.

Arnold’s appearance isn’t what you think. He’s not there to laud Hillary. (The former California Governator endorsed his longtime friend, Ohio Gov. John Kasich, in the primaries.) Arnold appears, on video, as part of a short documentary about climate change. According to the L.A. Times, a “source close to Schwarzenegger said he has not decided whether to weigh in on the race, but he was aware that the video containing his appearance would be played at the Democratic convention.”

Arnold’s video appearance rang a few bells here at Leafly World Headquarters. Video… video… wasn’t Arnold in another video a while back?

He was indeed. In fact, during his bodybuilding days in the 1970s, Arnold starred in one of the most iconic scenes in cannabis history. After claiming the title as Mr. Olympia in 1975, Schwarzenegger repaired to his hotel room and celebrated with a few friends, copious amounts of fried chicken, and smoking a perfectly rolled joint. Arnold’s long, luxurious inhale and dramatic exhale — caught in the documentary Pumping Iron — became one of the signature stoner moments of the seventies.