Are Dabs Bad for You? Side Effects of Dabbing Cannabis Concentrates 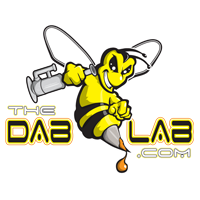 Presented By The Dab Lab July 29, 2016
Share
Share on Twitter   Share on Facebook
Print
This article is sponsored by The Dab Lab, a California-based online head shop dedicated to bringing you the best dab rigs, pipes, and glass bongs. Whether you are looking for cheap or heady glass, they’ve got you covered!

Cannabis concentrates have come under scrutiny over the past few years, mainly due to their rapid increase in popularity among enthusiasts. What was once a relatively unknown niche in an ever-growing legal market has since become a cultural phenomenon, generating an entire subculture in its wake. Many believe that concentrates will soon surpass the sales volume of traditional cannabis flower marketwide.

Unfortunately, the mainstream media has taken a click-bait approach to coverage of dabbing, focusing less on discussion of the practice and far more on hysterical descriptions of its alleged dangers. Some outlets have gone so far as to deem dabs “the crack of marijuana.” Yet even with dozens of articles addressing the topic, the question of whether dabbing is safe has yet to be answered in full.

Are Dabs Dangerous or Safe? 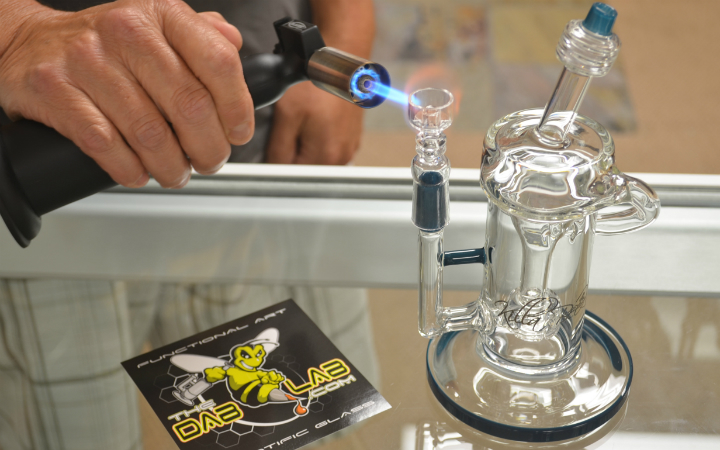 “Dabbing” is used as a catchall term to refer to the practice of melting a cannabis concentrate over a heat source and inhaling the subsequent vapor. The question of its safety can be broken down and answered by addressing five major misconceptions.

The first misconception is the most frustrating, because it confuses the dangers of illegal amateur extraction with the dangers of extracts themselves. Cannabis extracts that are manufactured with light hydrocarbons such as butane or propane require the use of closed-loop systems and extreme safety measures. Manufacturing concentrates illegally by resorting to the use of open-source extraction techniques (i.e. “open blasting”) is highly dangerous and potentially lethal.

The fact that amateurs have attempted to undertake this process at home has resulted in explosions, serious injury, and occasionally death. This has led to news articles stigmatizing this entire culture, with headlines such as “Dabbing: A New Explosive Trend.” Professionally made concentrates are neither explosive nor lethal, and there is never an excuse for extracts to be made otherwise.

The second misconception with dabbing is that the practice necessitates dangerous tools, most notably blow torches. There are numerous ways to heat a dab, including e-nails, which omit the necessity of using a torch and help prevent injury.

That said, when using a standard nail (one of the most popular surfaces to dab on), a torch is generally used to heat the nail. Torches do require a degree of mindfulness and can be mildly dangerous if used irresponsibly. However, any person who is capable of using a cooking stove should be able to use a torch without harming themselves. Hot nails can cause burns, but the same can be said of any stovetop burner in a kitchen. In this way, torches and nails are no more or less dangerous than cooking dinner.

Are Some Cannabis Concentrates Safer Than Others? 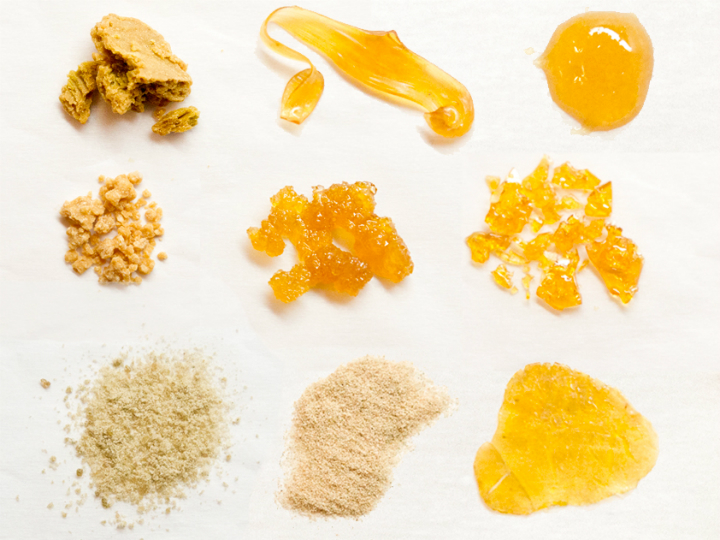 The third misconception lies in the idea that all concentrates are created equal. “Dabs,” an umbrella term for all cannabis concentrates, can refer to a number of cannabis-derived substances that have been mechanically separated (such as kief or dry sift, cold water hash, and rosin), as well as cannabis extracts, which use a chemical solvent (such as butane, propane, CO2, or even ethanol winterization) to strip active biomolecules and essential oils from cannabis.

In short, not all concentrates are extracts, and not all extracts contain meaningful amounts of potentially dangerous chemicals. To understand dabbing safety, it’s essential to recognize that the only concentrates that pose a health threat are those that not only employ chemicals for the purpose of extraction, but that also retain high levels of those chemical compounds when the extraction process is complete. Generally speaking, the only concentrates that fall into this category are those that are made cheaply, improperly, or by amateur extractors.

Are Dabs Bad for You and Your Physical Health? 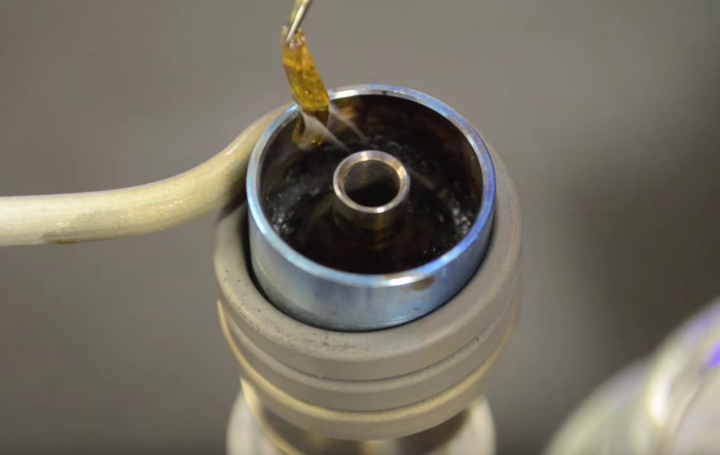 The fourth misconception surrounding dabbing revolves around the safety of inhaling the vapor from the cannabis concentrates themselves. The question of whether or not dabs are harmful to one’s health has been heavily scrutinized, yet it’s still frustratingly difficult for newcomers to find accurate information.

In addition to these three components, some concentrates also contain a very low (below about 500 PPM) concentration of residual hydrocarbons (depending on the extraction method). According to states including Washington, Oregon, and Colorado, concentrate testing below this threshold for residual hydrocarbon content are deemed safe for consumption. While the number 500 might sound worrisome out of context, to put the safety concerns of 500 PPM into perspective, your lungs receive about that much butane when lighting a joint with a butane lighter.

Furthermore, states that permit the sale of recreational cannabis concentrates require lab analyses for every product sold through a legal vendor, and anything showing up in a lab test containing other foreign contaminants is rejected for sale. Dabbing is safe so long as you are buying a concentrate that has been tested clean and that comes from a reputable licensed vendor.

How Much Stronger are Cannabis Concentrates Than Flower? 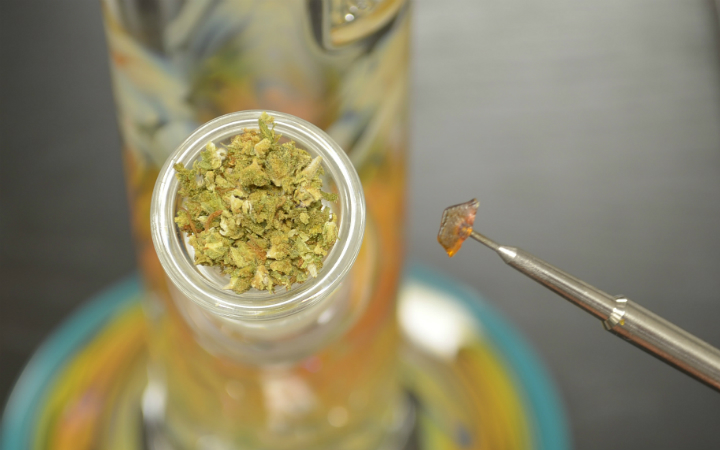 The final concern around dabbing is that concentrates are significantly stronger than cannabis flowers. This is absolutely true. Alleviating this concern is as easy as understanding that inexperienced dabbers should dose much smaller amounts when trying concentrates for the first time; cannabis concentrates are to dry herb as hard liquor is to beer.

That said, the side effects of dabbing overconsumption are far less dire than those linked to overconsumption of hard alcohol. In fact, they’re not so different from the effects of eating too much sugar—lethargy and mild nausea, occasionally accompanied by a brief period of paranoia.

Proper dosing can be a little tricky due to the high THC density of concentrates, but consulting with your budtender or an experienced dabber beforehand can help avoid the undesirable experience of consuming too much.

How to Dab Safely

To ensure a safe and enjoyable experience while dabbing cannabis concentrates, take note of the following dabbing tips: