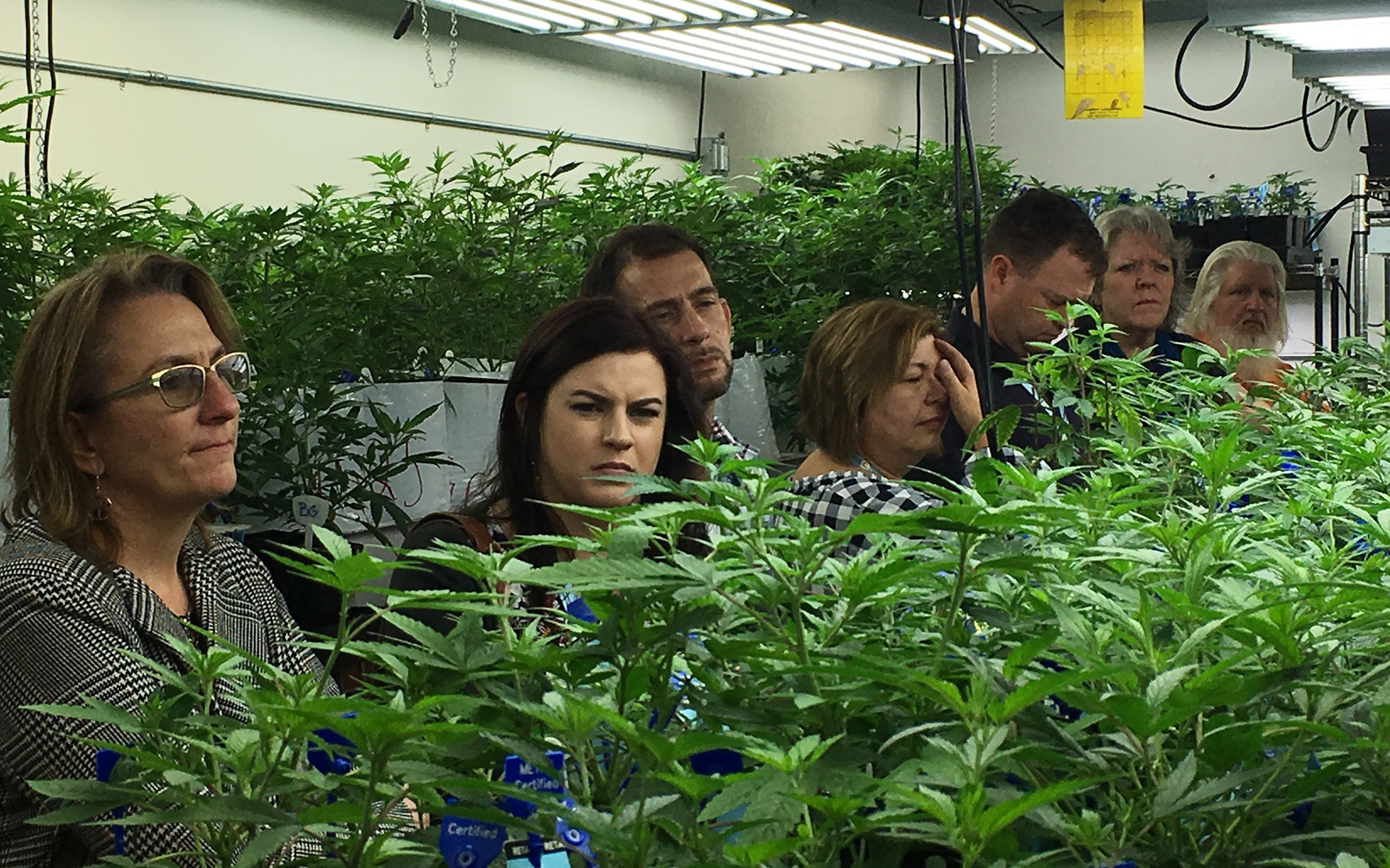 Agriculture regulators from seven different states and Guam tour a Denver marijuana growing warehouse on a tour organized by the Colorado Department of Agriculture in Denver. The department is opening up its marijuana knowledge to other states and encouraging them to plan now for the possibility of regulating farmers growing a plant that violates federal law. (AP Photo/Kristen Wyatt)
DENVER (AP) — North Carolina wants to know if marijuana could one day replace tobacco as a cash crop. Louisiana is wondering how cannabis holds up in high humidity. And Washington state has questions about water supplies.

Colorado agriculture officials this week briefed officials from about a dozen states — some that have legalized cannabis, others that joked their states will legalize “when hell freezes over” — to go over the basics of marijuana farming and swap stories about regulating a crop that the federal government still considers illegal.

The Colorado Department of Agriculture is also working on the world’s first government-produced manual on how to grow marijuana. There’s no shortage of how-to books catering to cannabis growers both in and out of the black market, but Colorado’s forthcoming guidebook aims to apply established agronomy practices to the production of marijuana.

“When you start with no knowledge at all, it’s rough,” said Mitch Yergert, head of Colorado’s Division of Plant Industry, an agency within the Agriculture Department that regulates marijuana production.

Yergert conceded that Colorado agriculture officials ignored marijuana entirely for more than a dozen years, from the time voters in the state approved medical marijuana in 2000 until recreational cannabis shops started opening in 2014.

“Nobody in our agency ever grew marijuana, so how are we supposed to develop best practices?” Yergert said.

But marijuana’s commercial popularity, coupled with increasing concern over pesticides and unsafe growing conditions, forced the Agriculture Department to stop considering marijuana a running joke and start seeing it as a commercial crop in need of regulation. Colorado sold about a billion dollars’ worth of marijuana last year, making it a cash crop, the same as many others.

Speaking at a recent soil-conservation conference in Denver, Yergert briefed agriculture officials from other states about how to inspect marijuana and hemp growers, and just as important, how to regulate a plant that remains illegal under federal law.

“You kinda gotta get your mind around it,” Yergert said.

Yergert even took the agriculture officials on a tour of a large Denver cannabis-growing warehouse, where a marijuana grower showed them the plant’s entire cycle, starting as clones in one room before getting transplanted to bigger and bigger tubs.

The grower, Tim Cullen, also showed the agriculture officials how the plant is trimmed and its psychoactive buds dried for consumption. Finally, the farm regulators saw how marijuana waste — errant leaves and such — are rendered unusable before being thrown away.

“This is blowing my mind right now,” said Erica Pangelinan of the Northern Guam Soil and Water Conservation District. Pangelinan was using her cell phone to snap photos of wooden frames used to hold drying marijuana.

Guam allows medical marijuana, but many states on the tour don’t. Still, the touring agriculture officials say they need to be prepared in case laws change to allow cannabis cultivation at home.

Some states represented on the tour plan to grow cannabis themselves.

“They deal with drug smugglers and international cartels, and here's the Colorado Department of Ag coming wanting a permit for something.”
Mitch Yergert, head of Colorado's Division of Plant Industry

“We’re getting in the marijuana business in Louisiana, so we need to know what we’re doing,” said Brad Spicer of the state’s Office of Soil & Water Conservation, where the state Legislature has authorized two universities to grow the plant for medical use and research.

Yergert warned the agriculture officials that regulating cannabis still isn’t easy, and that agriculture departments should be prepared for push-back from their own staffs on working with marijuana growers.

“Our guys were saying, I can’t pick my kids up from school because I smell like pot,” Yergert said.

Another problem? Stony silence from federal agencies that state agriculture offices usually turn to for help.

“It hasn’t gotten a lot more warm and fuzzy,” Yergert said. “I think they look at us as, ‘What an annoyance!’ I mean, they deal with drug smugglers and international cartels, and here’s the Colorado Department of Ag coming wanting a permit for something.”

Cullen, the grower, urged the agriculture officials to look past the hurdles and see cannabis growers as farmers thirsty for guidance on growing healthy, profitable crops.

“We’re looking for the same types of things that a farmer’s looking for. We want fast-growing, high-yielding, disease-resistant plants that are easy to work with,” said Cullen, who is one of Colorado’s largest cannabis growers and is advising the Agriculture Department on its forthcoming guidebook.

“We want your help. We’d rather not rely on the 19-year-old at the grow shop.”

The agronomists standing in the room of marijuana nodded, saying they’re open to sharing advice — though their knowledge must remain academic.

“I can tell you how to grow it. But I can’t use it. I’m drug-tested for the state department of agriculture,” joked Max Jones of North Carolina. 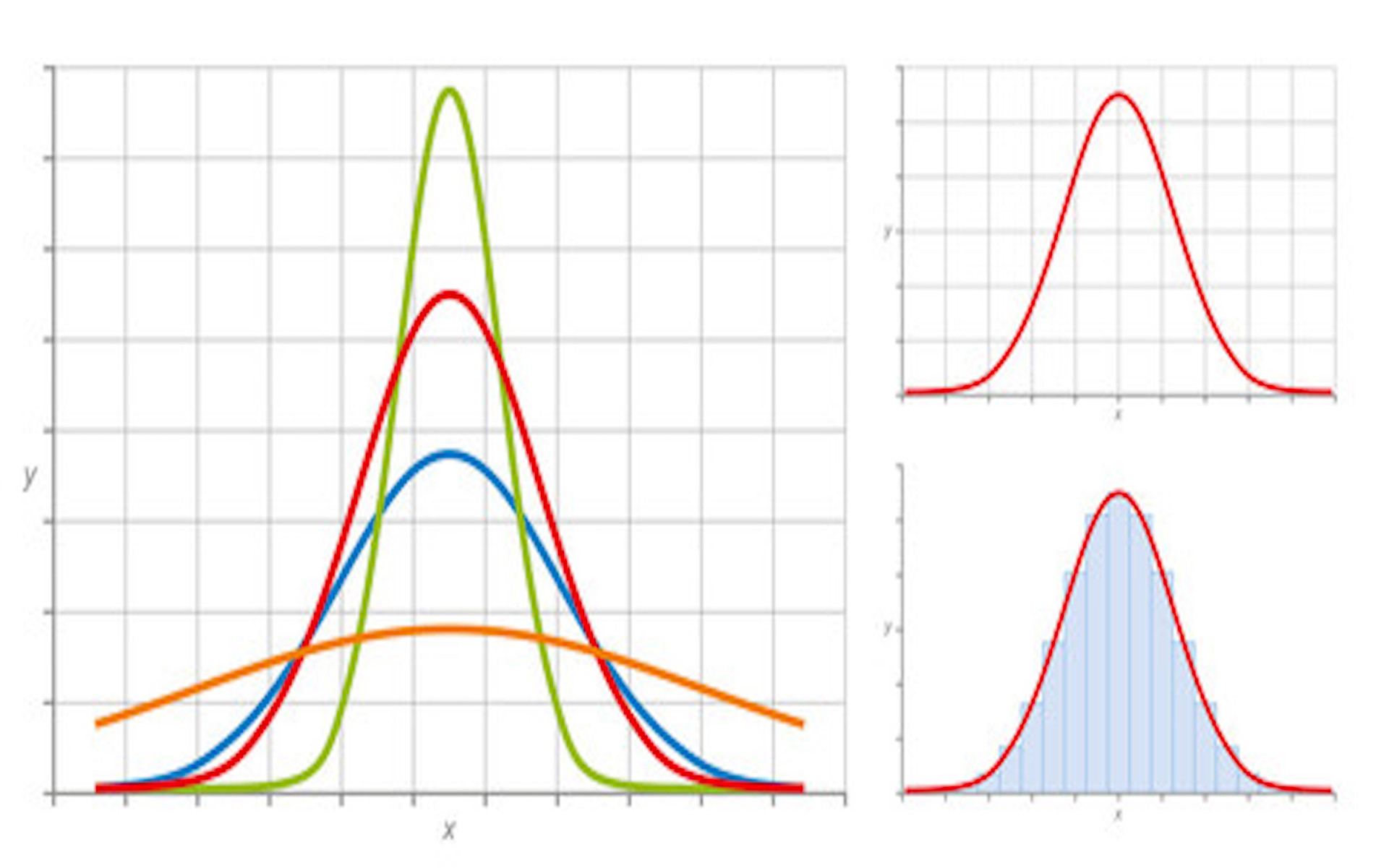 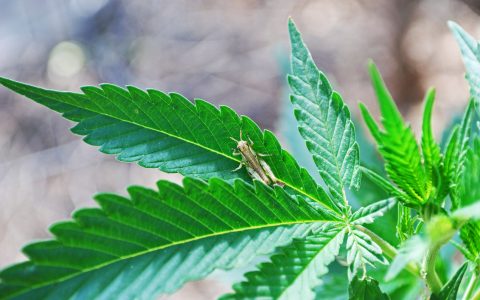