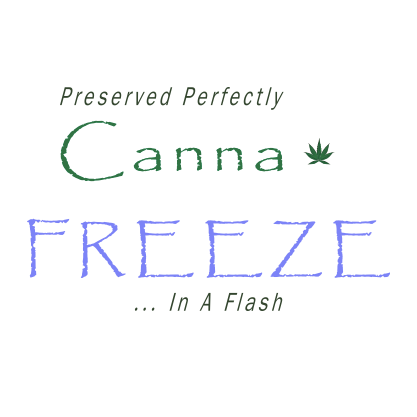 Presented By CannaFreeze November 9, 2017
Share
Share on Twitter   Share on Facebook
Print
In this four-part series, The Original Resinator and four partners discuss the equipment, support, and methods they use to produce pure and potent cannabis concentrates and extracts. Part 3 is sponsored by The Original Resinator, the largest capacity multi-use botanical extraction unit on the market, and CannaFreeze, a designer of freeze-drying units for the cannabis industry.

While cannabis concentrates and extracts are growing in popularity, flower continues to dominate the cannabis market. And as that market continues to grow, competition to have not just the best buds, but the best-looking ones, is heating up.

“When someone walks into a dispensary to look at flower, they want a bud that looks fresh,” says Rich DeLong. “No one wants to buy something that looks shrunken or desiccated.” 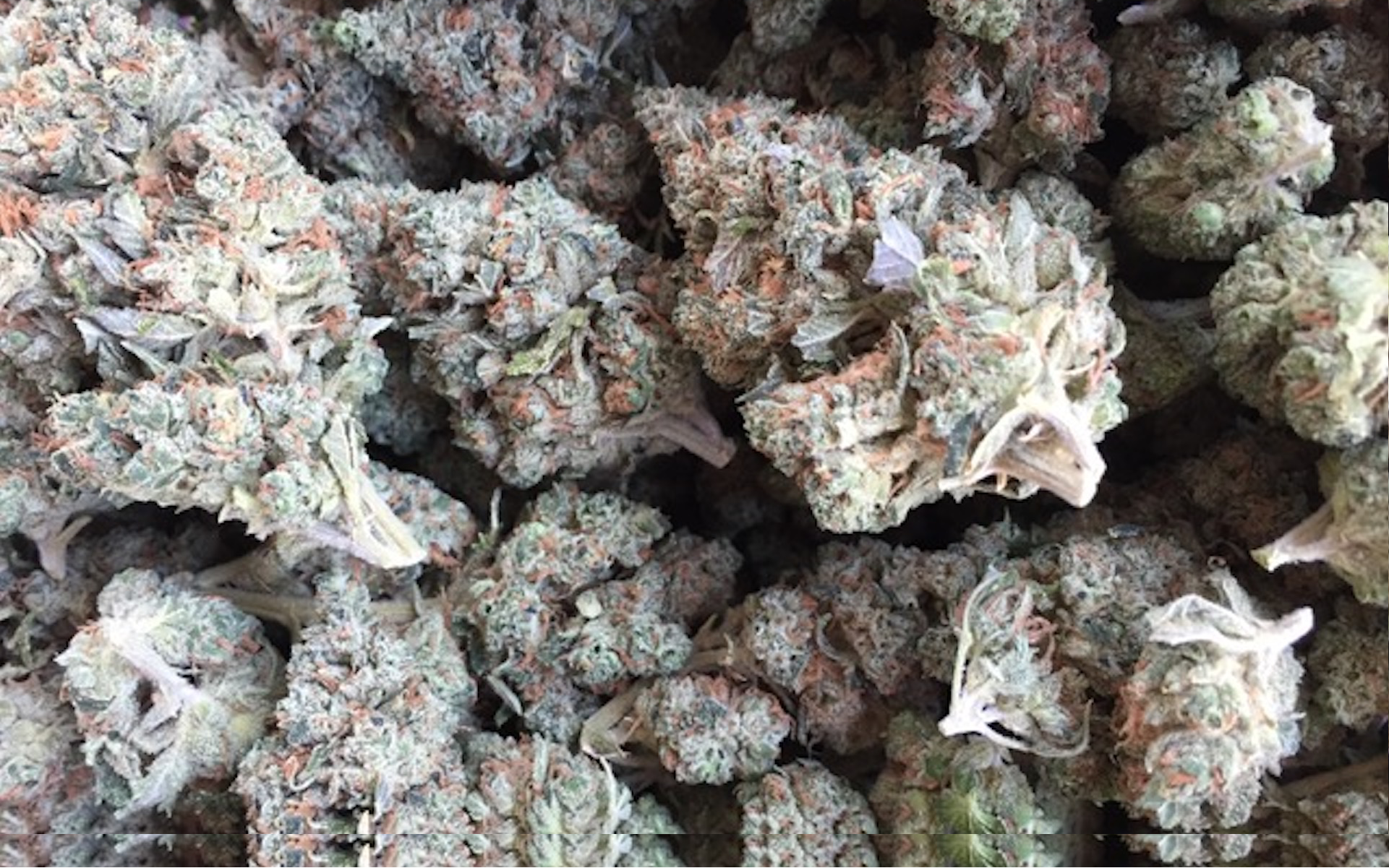 DeLong knows a thing or two about keeping flowers looking fresh. As the founder and operator of Botanique Preservation Equipment, he has spent nearly three decades producing freeze-drying equipment that allows florists and other botanical professionals to preserve just about every flower or herb you might imagine.

Well, every flower and herb except one: cannabis. But following the legalization of medical marijuana in Arizona, where Botanique is headquartered, that changed.

In the spring of 2017, a local grower came to DeLong with a question: could freeze-drying get a cannabis crop prepared for packaging? DeLong accepted a small batch of flower and ran it through the freeze-drying process. And it’s a good thing it was a small batch, he says now, because the result wasn’t great.

“That first round, we didn’t know what we were doing, and so we lost a lot of oils, minerals, and terpenes to the process,” DeLong admits.

Rather than backing away, though, he started revisiting some old notes on how to properly preserve sensitive plants like gardenias—flowers that are tricky to freeze-dry because the fragrant oils they produce are extremely volatile. 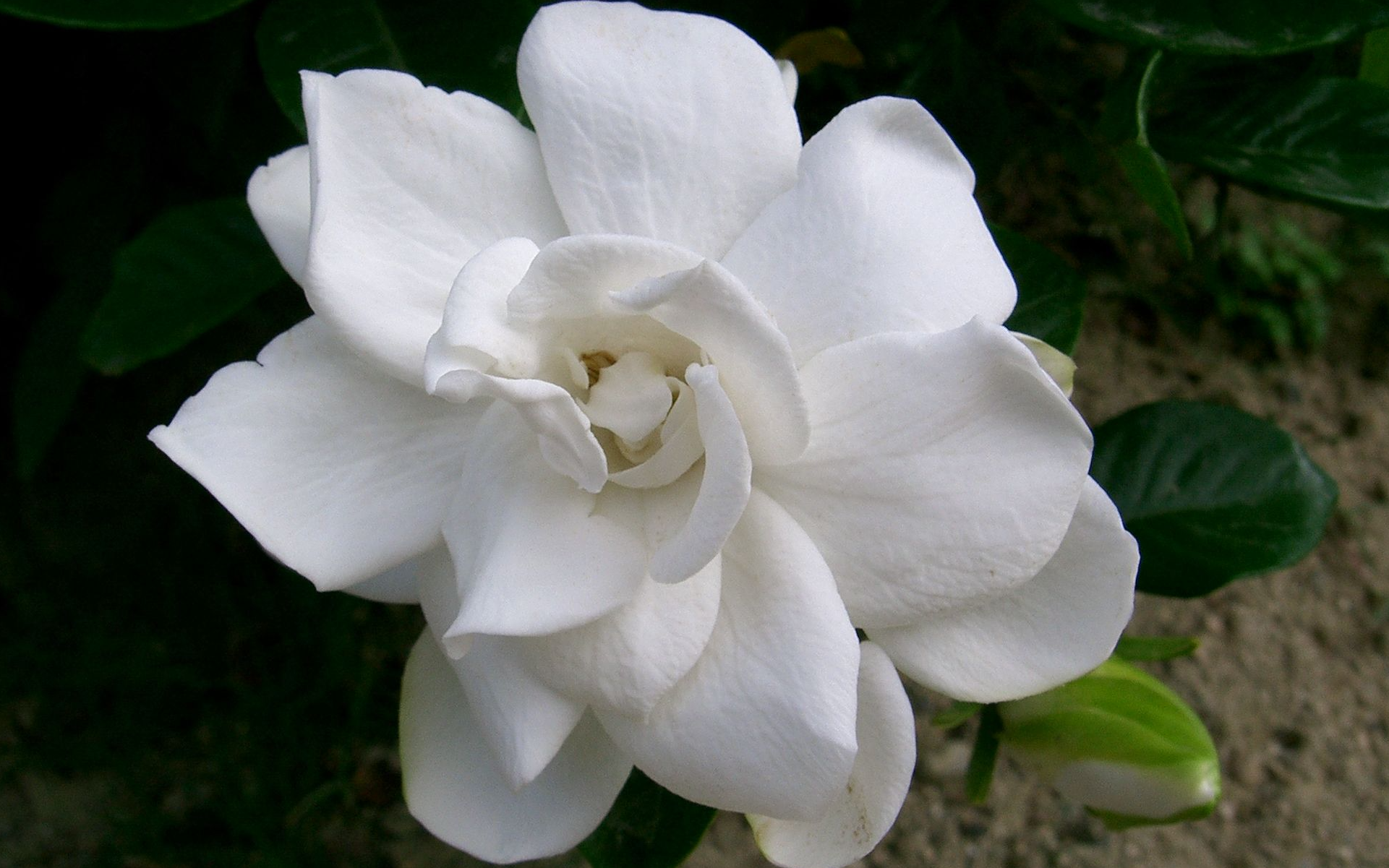 Fragile flowers like this gardenia offered insight into how to properly freeze-dry cannabis. (Courtesy Wikimedia Commons)

These notes informed DeLong’s next swing at preserving cannabis buds, and the result was a rousing success—lab tests showed that the oil and terpene content of freeze-dried flowers was almost the same as that found in buds that had been left to hang-dry the old-fashioned way. And while it took DeLong’s colleagues as long as 18 days to hang-dry cannabis plants, the freeze-dried plants were preserved and ready for packaging in less than 24 hours.


Freeze-dried buds start out as fresh flowers, which are placed into an extremely cold chamber on a steel rack—a little like how you’d arrange frozen food before baking it on a cookie sheet. Sub-zero temperatures quickly freeze the flowers, transforming the water inside them to ice crystals. Once those crystals have formed, operators drop the pressure inside the freeze-dryer, creating a vacuum. 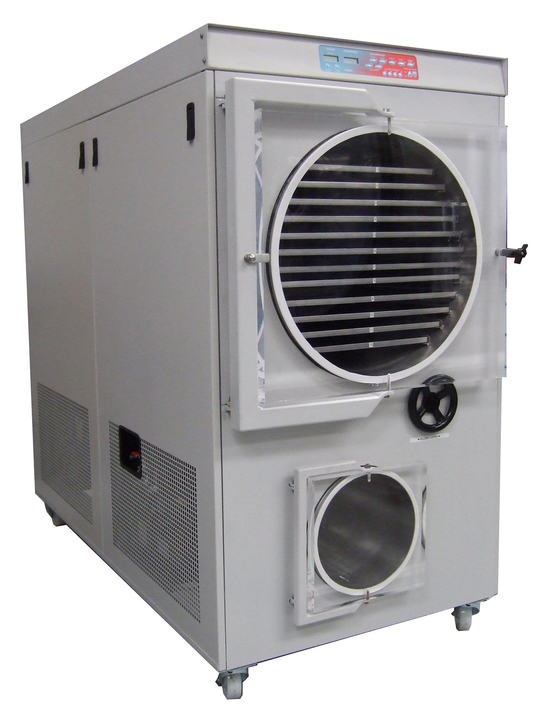 A freeze-dryer from CannaFreeze, customized for cannabis producers and processors. (Courtesy CannaFreeze)

The combination of low pressure and low temperature induces a phase change called sublimation, which turns a solid state of material (like an ice crystal) immediately into a gaseous state (like water vapor). That sublimated water vapor is pulled by the vacuum into a colder condensation unit. What’s left is a freeze-dried flower that retains its taste, color, and shape.

These improvements led DeLong to start a new company, CannaFreeze, developing freeze-drying units specifically for the cannabis industry. In these customized units, shelves are spaced just inches apart, allowing producers to fit more product into every load. They’re also programmable, so users can set a batch running and forget about it, and use the same combination of temperature and pressure again and again without resetting the machine every time.

Freeze drying can help keep a pretty bud looking fine on the shelf, but producers have to bring good-looking buds to the table in the first place. Now, more and more producers and processors are finding that turning down the temperature can make trimming a lot simpler—and a lot faster.

A blast of liquid CO2 has helped the creators of The Original Resinator, Travis Arnovick and James Watts, harvest more kief from every load of material. But some innovative thinking has shown that the combination of cold temperatures and motion can also separate leaves and other by-product from cannabis buds easily and efficiently.

“The benefit of using CO2 is that it allows us to get the exterior of the leaves just brittle enough to fracture and fall from the flowers,” says Arnovick. “As opposed to the traditional eight hours per pound it takes to trim, we are now spending less than one hour, including the necessary prep time on the front end and a light cleanup on the back.”

Temperatures for a tumble trim don’t fall to the subcritical levels that help dislodge trichomes from buds. Instead, they stay a little warmer—about the same serving temperature as ice cream—allowing the buds to retain their integrity and potency while leaves and other chaff fall into the Resinator’s collection chamber. The result of this CO2-facilitated separation is whole bodied, high quality trim doesn’t contain plant particulates like chlorophyll and cellulose that can still be found in cannabis processed through a bladed trimmer. 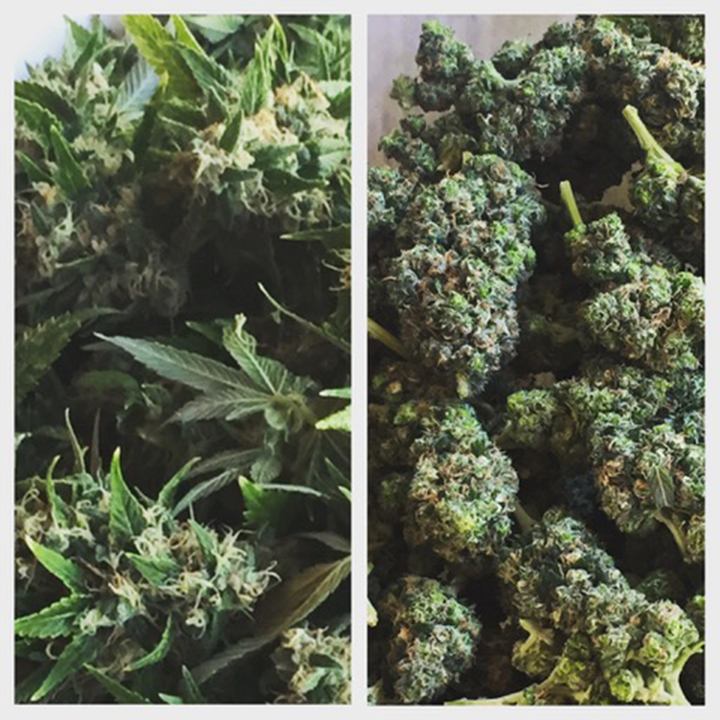 Freshly harvested cannabis before and after a brief trim session in the Resinator. (Courtesy The Original Resinator)

“We have certificates of analysis from a series of five-pound flower lots,” says Arnovick. “Our testing shows a less-than-one percent total THC and CBD loss across the board in terms of trichome loss through our process, and we experience no changes to the vitality of bud or the terpene profile.”

Unlike other products, The Original Resinator’s introduction of CO2 to the trimming process makes it well-suited for trimming both live plant material and cannabis that’s already been through a traditional hang dry. Either way, the machine can process as much as a pound of material a minute. And these impressive speeds can be reached with minimal training or changes to existing workflows; to conduct a dry trim, processors just toss cured buds into the Resinator drum chamber instead of using hand trimmers. 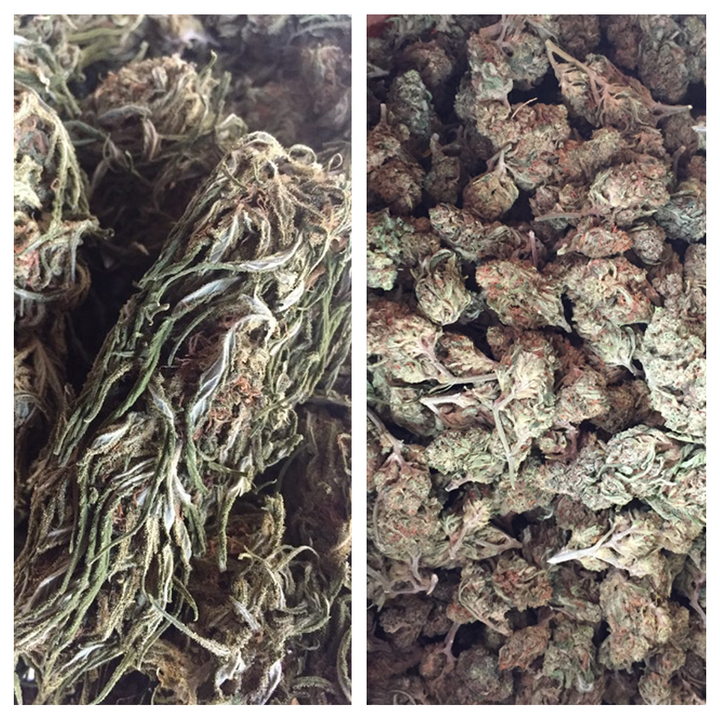 Dried, outdoor-grown cannabis before and after a trimming run in the Resinator. (Courtesy The Original Resinator)

For processors looking to cure their product in a freeze-dryer, the Resinator can do a wet trim of live or uncured product quickly and efficiently. That makes it fast and easy to get a lot of material off the stem and into a freeze-dryer without skipping a beat. In combination, Arnovick says, these techniques have the potential to represent a potent one-two punch for cannabis preservation and packaging.

“Freeze drying could revolutionize the way marijuana is packed and presented. Imagine a bud looking the same inside a package as it did coming off of the plant,” says Arnovick. “You remove the water, but keep the structure. There’s no mineral loss, no vitamin loss, no terpene loss—just a beautiful flower, ready to smoke.”

Part one
Cannabis Distillation: The Last Mile in Extraction
Part two
CO2 Trimming and Freeze Drying: Crop to Cure in 24 Hours
Part three
Developing Products and Partnerships
Part four
From Dry Sift to Pure Rosin in One Squash
Sign up for more Leafly news
Thank you for subscribing!