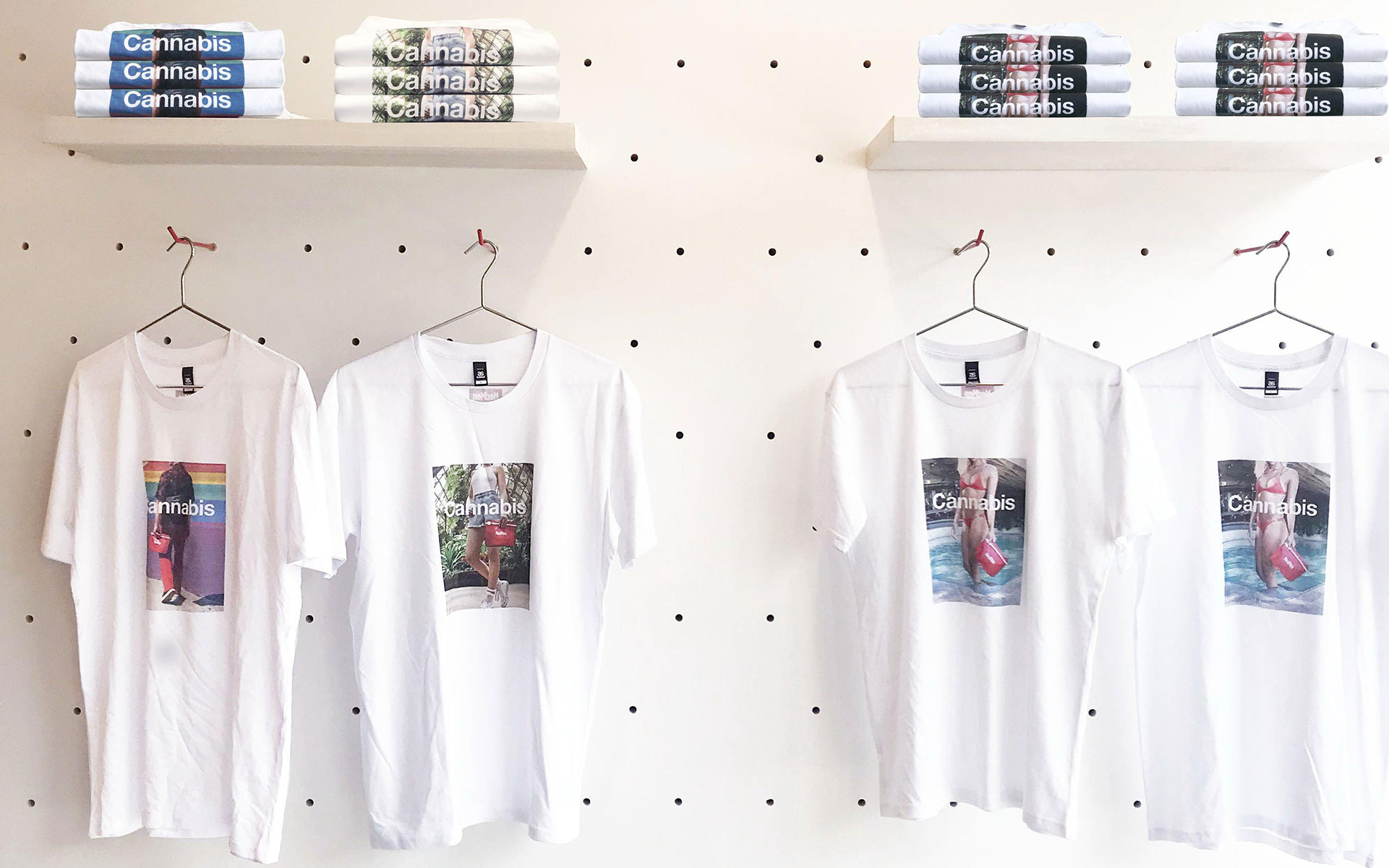 In the middle of finalizing the biggest-ever deal in American cannabis industry history—the $682 million takeover of a rival company, announced earlier this month—Los Angeles–based MedMen was plotting something even more audacious: laying claim to the word “cannabis” itself.

MedMed wants to trademark the word 'Cannabis.' But only on its t-shirts. Is that even a thing?

On Oct. 3, MedMen filed a federal trademark application with the United States Patent and Trademark Office. As Marijuana Business Daily first reported on Monday, the company claimed “first use” and thus dominion over the use of the term “cannabis”—albeit with some limitations.

The company has already successfully trademarked its stylized marijuana leaf design. Now, according to its trademark application, MedMen wants to register as its trademark the word “cannabis” when printed on clothing like t-shirts. The company says it first printed such shirts on Sept. 4, pictures of which were included with its application.

Find Legal Cannabis Near You

Leafly's Dispensary Finder Does the Work

If federal patent examiners agree and the application is granted, other firms would not be able to print t-shirts or other clothing with the word “cannabis” without risking infringement of MedMen’s trademark (and attendant lawsuits), a number of intellectual property lawyers told Leafly this afternoon.

Daniel Yi, a MedMen spokesman, did not immediately respond to an inquiry from Leafly News asking about the nature of the company’s claimed first use of the word. We’ll update this story when we hear back.

In the meantime, news of the trademark attempt has triggered immediate reaction from many in the cannabis industry, not all of it positive.

This is bullshit. What is wrong with people? https://t.co/llnp29QU9j

The move has also raised doubts among some patent attorneys and law professors, some of whom questioned the company’s actual intent. One expert called the effort a “publicity stunt.”

But according to a few patent attorneys, MedMen’s brash move might actually work.

“Assuming MedMen is the first to file for federal trademark registration, they do have a surprisingly decent chance of success,” said Larry Sandell, a Washington, DC-based attorney with Mei & Mark LLP.

There are two main caveats, Sandell noted. One, if MedMen is selling hemp-based clothing, the word cannabis could be considered “merely descriptive” and thus ineligible to become the company’s intellectual property. Similarly, a beer company couldn’t register as its trademark “beer” or “light beer.”

The other and potentially more damaging issue is if any other company has used “cannabis” on clothing prior to MedMen’s application.

“Which seems likely,” Sandell said. “That company may have senior common law rights. This may represent the best chance to stop MedMen’s land grab: A party with common law rights may file an opposition to the registration” with the US Patent and Trademark Office.

While it’s true that federal patents or trademarks can’t violate federal law, “contrary to public belief, there is nothing inherently non-trademarkable about the word ‘Cannabis,’” said Abe Cohn, an intellectual property attorney at THC Legal Group.

“Whether or not MedMen will succeed will be a function of whether or not another individual has already registered, or applied for, a trademark on the word ‘cannabis’ in connection with t-shirts or other apparel,” Cohn continued. “I would suspect MedMen has hired sufficiently competent attorneys who would only file the application if they thought it was viable.”

How MedMen Conquered the Most Cutthroat Market in Cannabis

Other experts weren’t quite so sanguine.

“That word cannot be trademarked, because it is descriptive,” said Michael Brubaker, a Seattle-based patent attorney.

“Descriptive” is a term of law related to  good or product sold by a company. Think “hardwood floors” or “breakfast cereal.” To use another prominent example, Apple Computers has registered as its trademark “Apple” with relation to computers—but not to apples, nor (famously) to a record label founded by the Beatles.

Federal patent examiners generally require such a trademark to include a “disclaimer” that clarifies the generic term is not part of the trademark, but the arbitrary description is.

“Apple is a common term, but not common in connection with computers—the key word is arbitrary,” explained Los Angeles-based attorney Michael Cohen, of the Cohen IP Law Group. “Is the word arbitrary to the goods and services offered?”

‘I Give It Zero Chance’

For this reason, MedMen—which is a cannabis company, which sells cannabis—may have an uphill climb.

“Trying to trademark ‘cannabis’ is a fool’s errand,” Brubaker said. “I give it a zero percent chance of success.”

Brian Frye, a law professor at the University of Kentucky, doubted the enforceability of such a trademark.

You can trademark the word 'Kentucky,' but that won't keep millions of others from using it.

“The problem is that [registering ‘cannabis’ for use on clothing] is a very weak mark, and is almost certainly unenforceable,” he said. “Why? Because consumers are very unlikely to form associations with the mark ‘cannabis’ as used in a t-shirt, and certainly haven’t yet.”

“This is to say” he added, “that even if MedMen’s registration application is approved—and I think that is a tossup, at best, as it is very weak with little or no evidence of current distinctiveness I know of—it will be very difficult or impossible to enforce as registered.”

Frye offered the following example: His employer, the University of Kentucky, tried to register as its trademark the word “Kentucky.” The university succeeded, but plenty of other companies continue to use the word—because, in context, courts have found that using ‘Kentucky’ to describe, say, fried chicken, bourbon, colonels, or a type of grass doesn’t infringe on the university’s limited registration in connection to a school.

MedMen “will have to show that the allegedly offending product actually creates a risk of consumer confusion,” Frye said. “I would categorize this as more of publicity stunt rather than an actual exercise in branding.”