In the lead up to this year’s Grammy awards, Peter Tosh’s family announced that a remix was quietly in the works to commemorate the 40th anniversary of the late musician’s hit song, “Legalize It.” The new take on this classic tune is set to release on 4/20 – a day of celebration for cannabis and its surrounding culture. It will feature various artists and cannabis advocates, including Melissa Etheridge, Souljah Boy, and Cypress Hill, along with Tosh’s grandson Dre and Bob Marley’s son Julian.

Related
The meaning and origin of 4/20, the biggest cannabis holiday of the year

Peter Tosh, a well-known Jamaican born musician, advocate, and activist, was extremely vocal about human rights within Jamaica and cannabis legalization. According to a website dedicated to him, “Among the causes about which he spoke most eloquently and campaigned most tirelessly: the peril of nuclear weapons, the injustice of Apartheid…and the benefits of legalizing herb.” He was a tireless soul who “frequently put himself in danger as a result of his activism – especially his constant needling of Jamaica’s rulers.”

As a young man, Tosh taught himself to play the guitar and keyboard, and eventually mastered 18 different instruments throughout his life. His talent and passion could hardly be ignored, and in 1964 Tosh and fellow reggae giants Bob Marley and Bunny Livingston (then all relatively unknown) formed the group The Wailing Wailers, renamed The Wailers in 1967. Their name and fan base eventually exploded, and by 1972 The Wailers became one of the Caribbean’s biggest stars in the music industry, soon catching the eye of Island Records – Jamaica’s largest record label at the time.

Related
Jamaica’s Cannabis Roots: The History of Ganja on the Island

Though still dedicated to music and rapidly gaining international fame, Tosh eventually left The Wailers in 1974, citing unfair treatment and disproportionate pay. He began work on a solo record and not long after released Legalize It, which became Tosh’s first platinum album. Unabashedly, he used his fame to speak out against the Jamaican government and police brutality and performed many of his most militant songs live onstage (while simultaneously lighting up).

Tragically, on September 11, 1987, 42-year-old Tosh was gunned down in his Kingston, Jamaica home. His body was laid to rest in Westmoreland, Jamaica, where he had grown up and was survived by his 10 children. He was posthumously awarded the 1988 Grammy for Best Reggae Album for his last album, No Nuclear War. Tosh was also awarded the Jamaican Order of Merit (Jamaica’s fourth-highest honor) posthumously in 2012. Through his music and advocacy, the unicycle enthusiast (he had a tendency to impress his audiences by riding one onstage) and reggae legend lives on.

Look for the remixed version of “Legalize It” to debut this 4/20 holiday.

Lifestyle
Peter Tosh is Getting His Own Museum and Cannabis Brand
Dan McCarthy
Lifestyle
Which of these 420 rumors are fact vs. fiction?
Lisa Rough
Lifestyle
'Alive for 36 and Gone for 36': Remembering Bob Marley
Trina Calderón
Lifestyle
Jamaica’s Cannabis Roots: The History of Ganja on the Island
Lisa Rough
jamaicaMusic 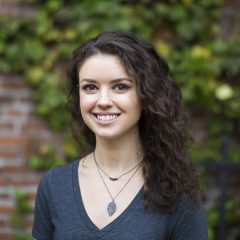