Bailey RahnDecember 5, 2017
Share
Share on Twitter   Share on Facebook
Print
(Nintendo)
Welcome to The High Score, where we explore the creative, immersive intersections of cannabis and gaming through reviews, product pairings, and more. Check out more installments of The High Score series here.

Summary: Animal Crossing: Pocket Camp is a mobile simulator developed by Nintendo, released worldwide on November 21, 2017. In this game, you play a human among a society of adorable, talking, bipedal animals with whom you build friendships based on gift-giving and small talk. Your primary objective is to collect raw materials for crafting furniture and items to decorate your camping spot with, and once it meets the expectations of your animal friends, they’ll come party with you. Pocket Camp is essentially a game of status-building among programmed pixels, but through an endless string of gameified incentives, you become utterly and hopelessly hooked. For a short while, at least.

The first Animal Crossing title debuted in 2001, and for every kid with a Nintendo Gamecube, it would be the greatest thing to come into their lives since The Sims. Since then, a series of Animal Crossing titles would be released for portable devices like the Nintendo DS and 3DS, including Wild World, City Life, and New Leaf. Available to anyone with an Android or Apple device, Pocket Camp racked up over 15 million downloads in the first week alone.

Of course, Pocket Camp is but a small fish bowl compared to the world of its console predecessors—it is, after all, a free app. And yet in the first four days alone, I spent eight hours splashing around in that fishbowl, lost in the throes of nostalgia.

Pocket Camp is an obvious companion for long bus commutes and extended bathroom breaks, but it’s also a pleasant habitat to explore while stoned and unwinding after a long day. But I assure you, the sparkle of nostalgia will fade alongside your buzz as you realize that this game’s wash-rinse-repeat routine has a shelf life—and it stales pretty quickly. 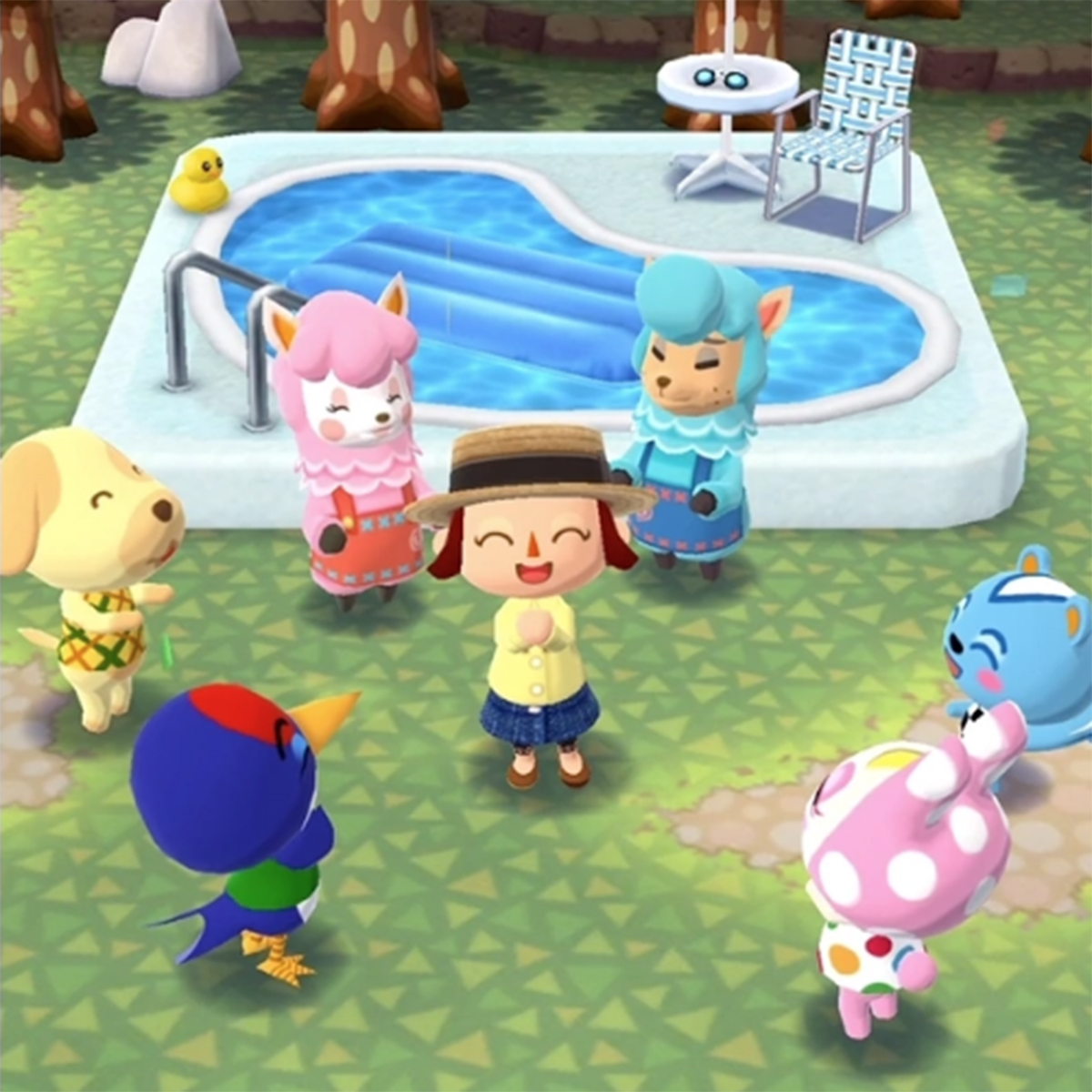 It’s your first day playing Animal Crossing: Pocket Camp. You create your avatar and arrive at your campsite, which awaits your customization. The first order of business is to collect resources to build furniture for your camp—resources you can obtain by doing favors for your animal neighbors. This cyclical routine is the whirlpool you get caught in: collect items for your friends, get rewarded with resources, and build things that make your animal friends want to visit your camp.

Pocket Camp is so heavily gameified with incentives and unlockable content, it’s difficult to walk away from the tiny jolts of dopamine each completed objective provides. At first, it’s fun to explore the game mechanics, the collectable items, the different species of fish and bugs, and the rewards for leveling up. But once there’s little to no uncharted content to explore, Pocket Camp begins to feel like a drug you don’t really want to be doing anymore.

It’s therapeutic to break away from real-world stressors and spend time with cute animals who just want to bake cakes, shake maracas, and perform concerts for their pet butterflies, but considering the game requires absolutely no skill, sets a low ceiling for customizing your stuff, and offers little interaction with other real players, you probably won’t be staying at your make-believe campsite for very long. 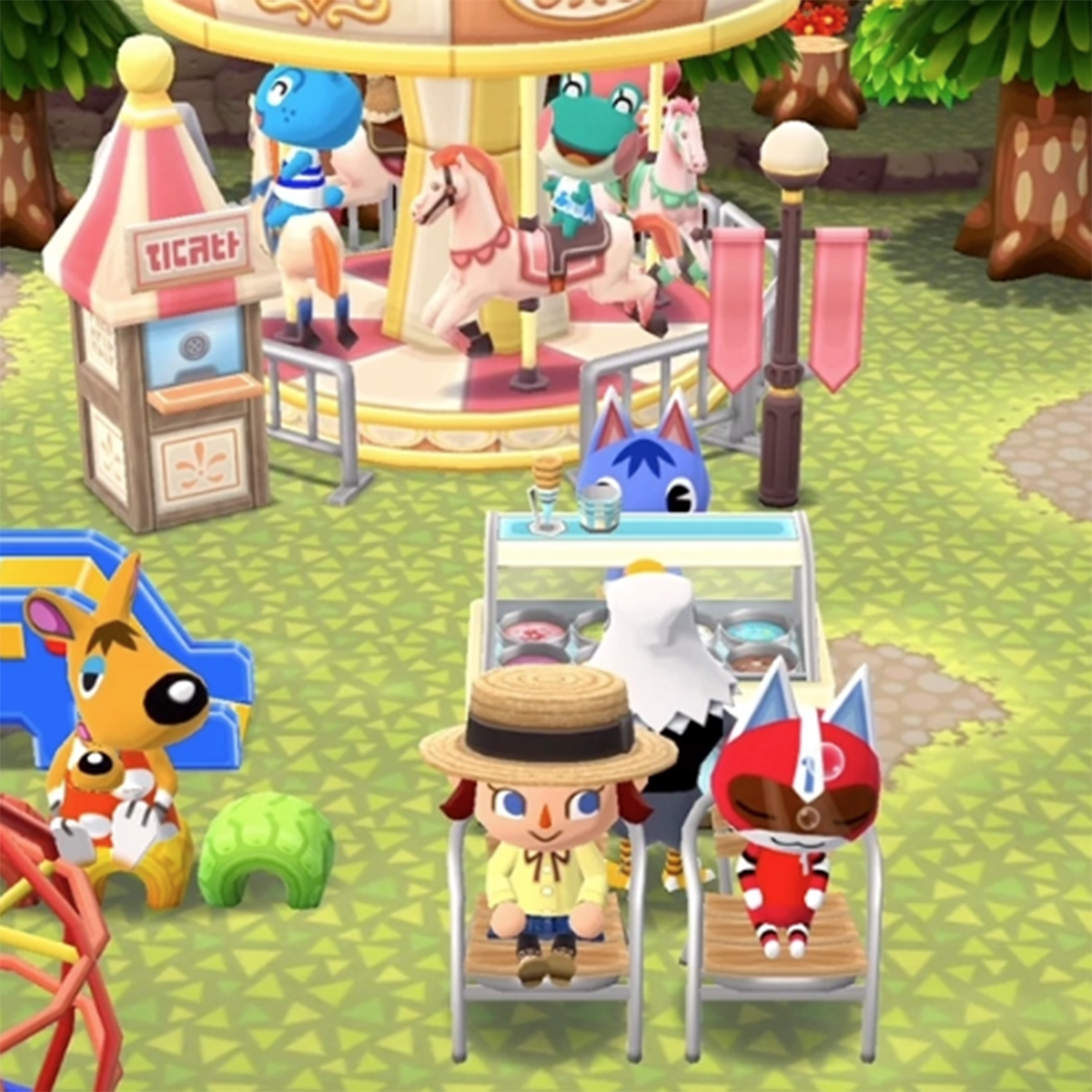 Pocket Camp is a pretty beautiful game for an app. The animation is even better than its full console predecessors, and the gradient shifts between day and night give the world a sense of continuity with our own. Its soundtrack is nostalgically similar to previous games, with simple wind, string, and piano sounds that let you settle into the pleasant mood of Pocket Camp’s charming environment.

The immersion falls off when you realize just how small the world of Pocket Camp actually is—and not just physically small. It only takes a matter of days to realize that there are very few atmospheric unlockables; there are only so many fish in the sea, bugs in the trees, and resources to collect. When you realize that you’re grinding through the same tasks day-in and day-out for nothing more than a bunch of pixelated furniture to impress your programmed animal friends, it’s hard to avoid the question, “What am I doing with my life?” 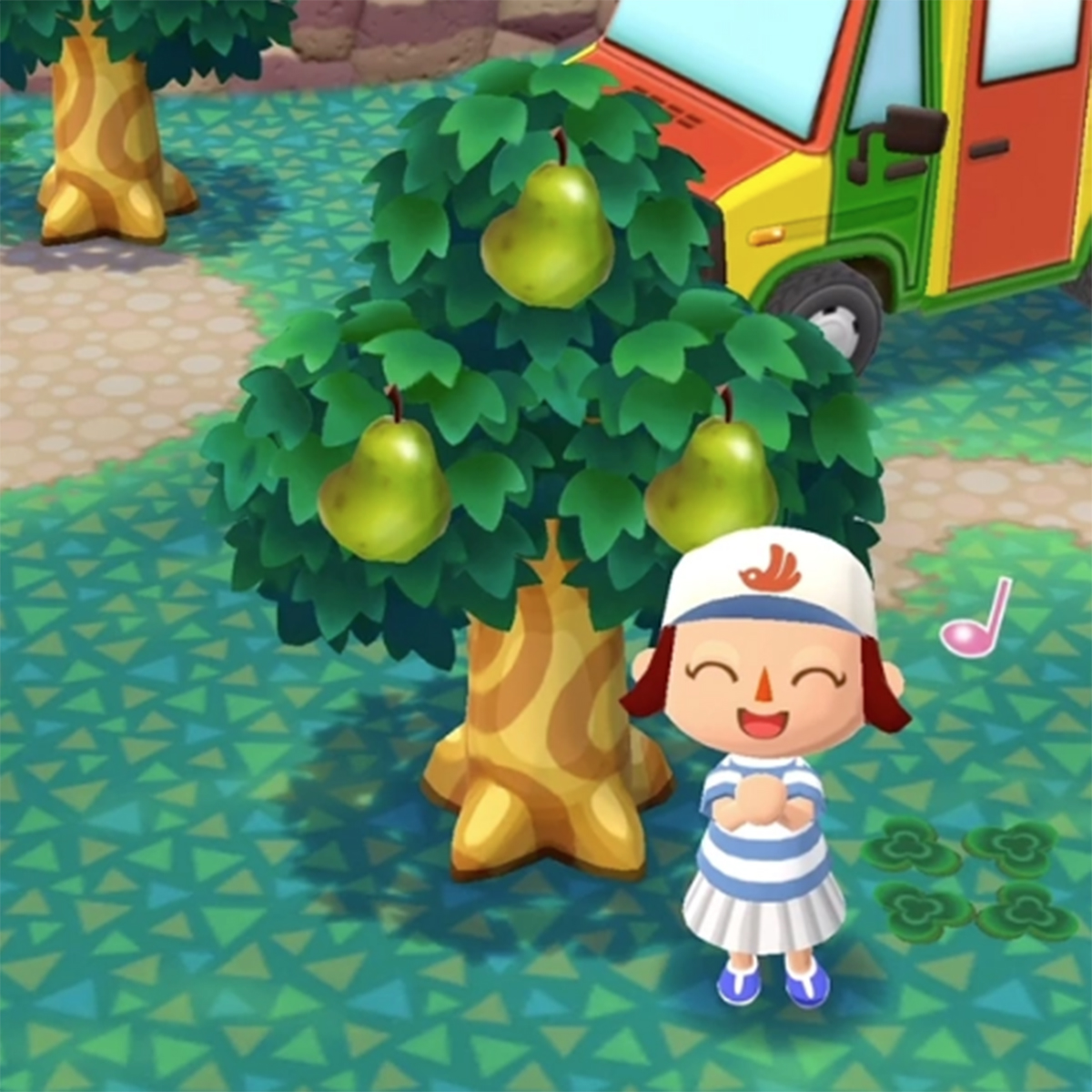 Animal Crossing’s plot has never been a linear story, but rather a choose-your-own-adventure game in which you design your home, your clothes, and your friend circle. Pocket Camp is basically a watered-down version of that, offering much more limited customizations that makes it feel like you’re unlocking someone else’s world rather than your own.

The animal characters are recycled from previous games, which gives this iteration even more nostalgia points. However, they feel lobotomized and flat, even compared to those of the 2001 original, as all dialogue can be boiled down to non-responsive, random stock sentences. You’ll yearn for the days of dynamic human-animal relationships once embedded in Animal Crossing’s essence—when you could ruin someone’s day by hitting them with a bug net, or make their day by sending a love letter.

In summary, Animal Crossing: Pocket Camp is a delightful game to start and a miserable game to finish. The cute, innocent vibes that beam from Pocket Camp and its incorruptible characters can deliver your imagination to a positive place full of flowers, butterflies, and puppies that sing. But when the highlight of your day becomes buying fake clogs for your fake avatar in a fake world that’s small enough to give you existential cramps, you’ll likely decide that you’ve juiced all the enjoyment out of this micro-simulator. When that time comes and you’re looking for a game that challenges creativity without insulting skill, take a peek at this list of more stimulating simulators.

More of 'The High Score'See More