When California’s first adult-use cannabis stores opened on Jan. 1, many of the state’s residents realized they would be shut out. They weren’t happy. Residents of Orange County, where all but one city, Santa Ana, has banned retail sales, shook their heads in disgust. “Orange County will have no retail stores?” one Leafly reader wrote. “What a f joke OC is.”

If cannabis is legal statewide, how come you can't buy it in your own county?

It’s not just Newport Beach turning its nose up. Retail cannabis may be legal statewide, but California law allows local municipalities to severely limit or ban cannabis companies. Cannabis is banned entirely, for example, in the cities of Redding, Pomona, Crescent City, and Santa Monica, as well as most of Orange, San Bernardino, and Ventura counties. That’s just the start of a long list.

These local bans aren’t entirely unusual—and they usually don’t last forever. During the early days of legalization in Colorado and Washington, many municipal councils enacted bans out of fear and ignorance. Suburban towns shut out retail storefronts, for example, nervous that legal sales could bring more trouble than good. Meanwhile, most local politicians voting on those bans knew very little about cannabis and the legal industry around it. Many bought into old stereotypes about weed, stoners, dealers, and crime.

When Oregon legalized, we saw the same thing. Today, California and Massachusetts are in the thick of it.

Here’s the rub: Many of the communities that initially enacted bans were themselves not anti-cannabis. Some voted overwhelmingly in favor of statewide legalization. In many cases, bans were the response to the vocal outcry of a relatively small number of concerned citizens. In others, local governments were simply unfamiliar with legal cannabis or felt unprepared to appropriately regulate it.

The good news is that bans can be reversed. But they don’t overturn themselves. Here are a few ways you can start opening minds and changing votes.

1. Work With an Advocacy Group (but Not Always)

You don’t need to reinvent the wheel. Connect with an advocacy organization, such as your state chapter of NORML, the National Organization to Reform Marijuana Laws. They have a deep well of knowledge, resources, and experience with the local political landscape. The Marijuana Policy Project (MPP) also has a “Block the Ban” initiative up and running.

Connecting with and joining NORML or another group doesn’t mean you become their official representative. Politicians sometimes tune out advocacy groups because they see them as “special interests.” That’s not entirely fair, but it is what it is. If you introduce yourself to a local elected official as a constituent and concerned citizen—or a concerned parent or business owner—you may get more traction.

2. Get Out and Meet the Man

It’s easy to protest The Man and his cannabis ban. But there is no Man. In most cases, there are well-meaning but fallible men and women who haven’t encountered a local constituent eager to talk with them as a cool-headed legalization advocate. (Okay, not all politicians are well-meaning. But you’d be surprised.) There are a number of entry points:

Before you go: Have your clear, concise talking points ready to deliver. See #3 below.

3. Arm Yourself With Facts

“One of the biggest challenges we as a legislative body are going to face,” Indiana state Rep. Jim Lucas, a medical marijuana legalization supporter, recently told his colleagues, “is coming through all the smoke, all the fear-mongering, all the stigma, the ignorance.”

Luckily, there’s a lot of good evidence that a legal, regulated market works far better for everyone than prohibition.

There’s no shortage of misinformation when it comes to cannabis. Like with a lot of issues that people feel strongly about, it’s common for opportunists to seize on information that supports their preconceptions rather than digging deeper into the issues. Luckily, there’s a lot of good evidence that a legal, regulated market works far better for everyone than prohibition. So when you engage with elected officials, come armed with facts.

The reasons you support legal cannabis might not be reasons your neighbors or your council members find persuasive. If you’re talking to an elected official, learn about the issues that drive them customize your pitch. If you’re talking to a liberal Democrat, lead with social justice concerns. A conservative Republican may be more amenable to a pitch about personal freedom and the waste of taxpayer resources on nonsensical cannabis arrests. Centrists might appreciate the extra revenue to shore up budget holes. This article has a number of further tips.

4. Bring a Positive Proposal to the Table

Guess who writes a lot of the first drafts of legislation? Not the office holder! Seriously. Do some research. Find copies of the local cannabis ordinances adopted by towns and counties similar in size and culture to your own. Present the entire piece of legislation to your local office holder. They are busy, and they’re working on issues ranging from potholes to violent crime. The more work you can do for them, the more likely they’ll seriously consider introducing your measure.

5. Argue From a Position of Strength

Did your county, district, or town vote in favor of statewide cannabis legalization? Well then why is the local town council disrespecting the clearly expressed will of local voters? Do they think the voters are confused children?

70% of Marin County, CA, voters embraced legalization. And yet the county council banned it. That's got to change.

When you approach an elected official, do so with the knowledge of how your district voted on the state’s ballot initiative. (If you’re working in a county that voted overwhelmingly against legalization, you will want to have an answer to the inevitable question. Often that’s where the experience of people from NORML and other groups comes in handy.)

For example, the map below shows how California counties voted on Proposition 64, the 2016 statewide measure to legalize the adult use of cannabis. Check out Marin County in the map below. Marin embraced legalization with 70% of the vote. Three months later the Marin County Board of Supervisors banned all cannabis-related business activity in unincorporated Marin. There’s your conversation starter, Concerned Marin Constituent.

Click on the map below to enlarge. Hover over each county name for vote details.

6. Run Your Own “Beat the Ban” Initiative

When local elected officials won’t listen to your well-reasoned argument, you still have Option B: The local initiative. Find out how to get a local initiative on the ballot in your area, if it’s an option (different jurisdictions often have different rules). Reach out to groups like NORML and the Marijuana Policy Project, which have a lot of experience running and winning these “Beat the Ban” measures.

Local voters love to cast their ballots in favor of these initiatives, because they’re kind of like telling local politicians: “Yes, I did actually mean it when I voted for statewide legalization. It wasn’t a mistake.”

Often it’s just a matter of persistence. In Oregon, roughly a year after legal sales began, 15 municipalities that initially prohibited cannabis businesses voted to undo those bans. And in Massachusetts, which is readying for adult-use sales to begin this summer, a growing number of communities are voting to allow cannabis businesses, bucking an early trend of local bans.

“We got a lot of support from people who don’t use cannabis, but might want to someday,” Scott Winters, an Amesbury resident who spearheaded opposition to an anti-cannabis referendum that was defeated in November by a nearly 2-1 margin, told the Associated Press. “From users to non-users to just folks who want revenue for the city, we had a lot of support. 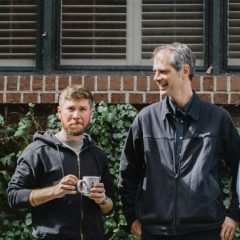 Bruce Barcott is Leafly’s deputy editor. He is a Guggenheim Fellow and author of Weed the People: The Future of Legal Marijuana in America. Ben Adlin is an editor at Leafly who specializes in politics and the law. Together with editor Dave Schmader, they host Leafly's weekly politics podcast, The Roll-Up.