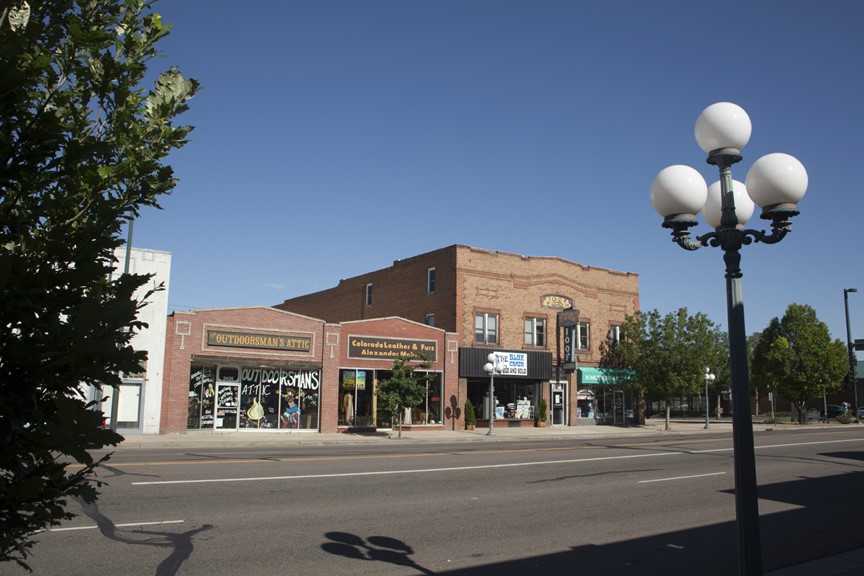 DENVER (AP) — The mayor of a tiny Denver-area town looks forward to filling pot holes with pot revenue. The prospect of cannabis-tax proceeds also has raised spirits in a Colorado mountain county facing the closure of a major mine.

But across the state that has been a legal-cannabis pioneer, small communities are finding costs as well. Staff can barely keep up with licensing applications and keep tabs on the new businesses.

Jason Warf, head of the Southern Colorado Cannabis Council, an industry group, said cannabis can be revitalizing for small towns that most need an economic boost.

“It creates jobs that just aren’t there or replaces jobs that are about to be lost,” Warf said.

At a conference this week organized by the Denver Regional Council of Governments, Englewood Deputy City Clerk Stephanie Carlile was among officials from around the state who shared cannabis experiences, some of them cautionary tales.

Marijuana has “definitely been a tap on our resources,” Carlile said in an interview on the sidelines of the conference. “We’re a smaller municipality. We have been stumbling through.”

Englewood, a 7-square-mile Denver bedroom community of 32,000, allows medical marijuana but bans recreational cannabis sales. Officials were surprised to read last year in a magazine that the city was hosting a private club in which dues-paying members could consume recreational cannabis, Carlile said. Neighboring Denver had banned such clubs, but Englewood, which is almost entirely residential, hadn’t yet turned its attention to that aspect of cannabis.

Carlile said the sight of people on the streets with “huge” bongs got officials’ attention, as did questions ranging from whether the cannabis club had adequate parking to the advisability of its staff consuming cannabis on the job.

The cannabis club is still in business. But Englewood’s city council is considering a ban on such enterprises.

Meetings like the one Carlile attended in Denver to brainstorm about cannabis management also have been held in Washington, the state where recreational cannabis shops debuted a few months following Colorado. Candice Bock of the Association of Washington Cities said many of her state’s 281 cities and towns fall into the “small” category, adding some officials assume no cannabis entrepreneur would see opportunity in their towns, so they haven’t taken up zoning and other questions. Others are more proactive.

Prosser City Planner Stephen Zetz said his community of about 6,000 in southeastern Washington’s wine country left the licensing to the state and didn’t revamp its zoning regulations for the one cannabis shop that came to town. But it has drawn up regulations for cannabis growers, though none are present yet. Zetz said he hopes cannabis tourists stop at wineries and other businesses in town.

In Colorado’s mountains, the one Clear Creek staffer charged with processing cannabis licenses — a paralegal in the county attorney’s office — sometimes feels overwhelmed. The cannabis industry is licensed and regulated by the state, but local governments can require separate licenses and collect their own fees.

Recreational and medical marijuana shops are scattered along the stretch of Interstate 70 running through Clear Creek County, home to 10,000 people, and connecting weekenders to ski resorts and hiking trails. A number of growers are in the county, even though its altitude and lack of water hadn’t made it attractive to other kinds of agriculture. Some growers are trucking in water, said Fred Rollenhagen, the county official in charge of development.

Tim Mauck, one of three Clear Creek County commissioners, said the industry is small enough now that officials know all the players and feel they can manage oversight. Cannabis is growing just as Clear Creek has learned that Henderson Mine—for decades its main source of property tax revenue — will be closing in a few years.

Back down I-70, Edgewater has six recreational shops that stay open until midnight, five hours later than Denver permits. Edgewater Mayor Kristian Teegardin predicts the boom for his town of 5,000 people will slow as other municipalities embrace cannabis. But he doesn’t expect that to happen before he repaves all Edgewater’s streets with cannabis-tax proceeds.