Uruguay Announces When It Will Start Selling Recreational Cannabis: The Leafly Roundup 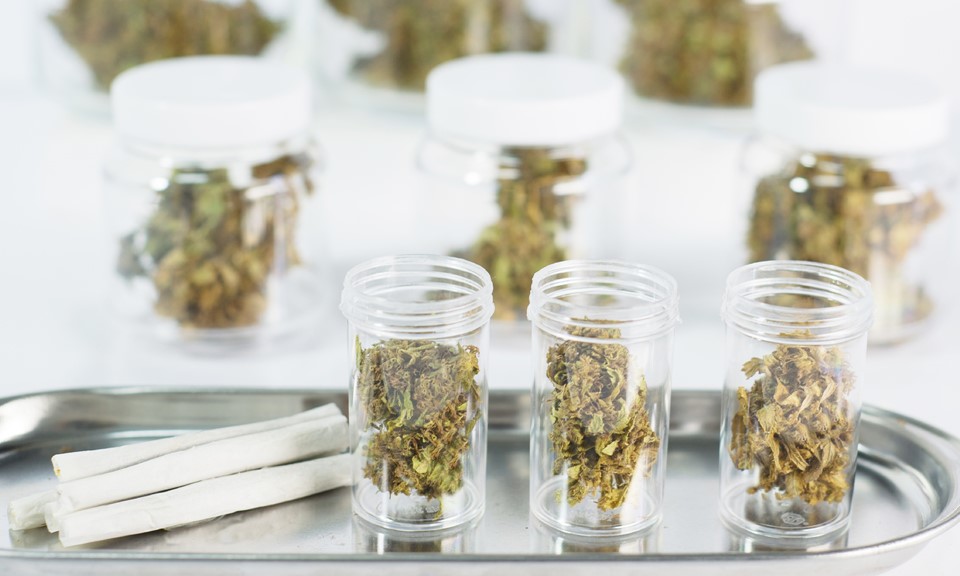 This past week brought a whirlwind of excitement as Oregon opened dispensary doors to recreational consumers for the first time ever. Colorado’s compliance checks lowered their overall score, and some unusual southern states are making big moves towards medicinal cannabis and expanding their programs from CBD-only to more comprehensive laws. Internationally speaking, Uruguay just announced they’ll be selling recreational cannabis by next year.

Here’s what’s moving and shaking on the cannabis front!

On September 24th the Alaska Marijuana Control Board accepted draft regulations to ban cannabis social clubs in the state. Cannabis social clubs have been operating in a legal gray area in the state, as they do not sell cannabis; therefore, they are not under the same regulatory jurisdiction as the new recreational cannabis businesses for which there will be licenses established. The Alaska Legislature may take it upon themselves to establish a business license type for the social clubs in order to regulate them, although currently there are only four license types: cultivation, manufacturing, retail, and testing.

Recently the Alaska Marijuana Control Board sent cease and desist letters to various cannabis clubs in the state, but due to the lack of clarity in the marijuana law, many clubs will continue to operate until November 24th, when the Legislature must adopt, reject, or alter the recommended regulations for Alaska’s new industry.

Tsk, tsk, Colorado. Denver Police and the Colorado Marijuana Enforcement Division recently conducted a sting operation to see if any retail cannabis shops were selling to anyone under the age of 21. These are standard protocol and Colorado has previously passed with flying colors.

Unfortunately, this time the quality control has slipped and seven stores were found to be making sales to underage individuals. Each store was ticketed and charged with a class 1 misdemeanor; they also risk losing their business license for noncompliance, and the Denver Police Department has said that it would investigate each business further.

The recent violations bring the state's compliance numbers down to 91 percent, which is still an impressive figure (although 100% is even better!).

Georgia’s initial clinical trials exploring the medicinal uses of cannabis oil to prevent seizures have already begun showing promise. The state’s Commission on Medical Cannabis released its findings last week and found that children with Dravet’s Syndrome had a dramatic 60 percent drop in seizures with the application of cannabis oil in the form of Epidiolex, for a period of at least 12 weeks. Dr. Yong Park is the neurologist leading the clinical trials with Georgia Regent University’s Medical College of Georgia, and he found that at least nine percent of the children were completely symptom-free, with a significant reduction of seizures in other forms of epilepsy.

This comes on the heels of renewed efforts to expand the state's medical marijuana law and allow growers to cultivate and distribute cannabis oil within the state. Although Georgia’s new law allows medical patients to legally possess cannabis oil, there is still no way to legally access the oil without risking federal prosecution.

Hawaii is looking to open a new medical marijuana dispensary system, but unfortunately potential business owners will not be allowed to seek legal counsel in order to start their business. The Disciplinary Board of the Hawaii Supreme Court was posed two questions during the implementation process:

It looks as though those potential dispensary owners and cultivators will be allowed to consult attorneys about Act 241 itself, but not in regards to any of the necessary business-related paperwork or start-up process. Navigating the tricky legal territory of running a cannabis business is difficult enough even with legal counsel, as anyone in the cannabis industry can attest to.

A new lawsuit has been filed by the Michigan Safe Transfer Center against the city of Warren on behalf of 23 patients who say they have been unfairly targeted and ticketed by the local police. The lawsuit claims that on September 17th and 18th, police pulled over every patient leaving the transfer center in what constitutes an illegal roadblock and search. They also raided the center on September 18th and confiscated the owner’s property. The business outlines the precautions they have taken to maintain compliance with state and local laws, making sure that registered caregivers are only providing cannabis to the five patients who are listed with the Department of Licensing and Regulations.

Green the Vote, a local group of cannabis advocates, has been given the green light by the Secretary of State Chris Benge to begin collecting signatures to legalize medical marijuana. When a group submits an initiative in the state of Oklahoma, there is a protest period during which citizens may voice their concerns. Luckily, there were no protests for this piece of legislation and the group can move on to the crucial stage of collecting signatures in support.

Green the Vote will need to collect 123,724 signatures by 5pm on December 29th to get the initiative on the ballot in the form of State Question 778. There will be signature-gatherers active at the Tulsa State Fair — if you’re looking to show your support, you can find other locations to sign the petition at Green the Vote’s website.

In case you missed it, Oregon legalized recreational cannabis and had its first day of sales to all adults over the age of 21. The state opened up its medical dispensaries to the general public, although it's maintained that OMMP patients get the first priority. Leafly was onsite around town in Portland with a food truck takeover, handing out free meals and information about Oregon's new recreational cannabis law.

Oregon also recently negotiated a labor union contract for cannabis workers for the first time ever, as part of the United Food & Commercial Workers Local 555 to provide standardized wages, paid holidays and vacation time, pensions, and subsidized health insurance, a big step forward for the cannabis industry as a whole. Congratulations, Oregon!

A bill to legalize the use of marijuana for medicinal purposes has moved forward from a Senate panel by a 5-0 vote to be reviewed by the full Medical Affairs Committee, which will not be meeting until January when the legislative session resumes. The bill has bipartisan co-sponsors and would allow qualified patients and caregivers to possess limited amounts of cannabis obtained from a strictly controlled seed-to-sale tracking system.

South Carolina legalized the use of low-THC, non-intoxicating cannabidiol oil for the treatment of severe epilepsy. The current legislation would expand the qualifying medical conditions to include cancer, glaucoma, and post-traumatic stress disorder.

Everyone’s favorite legalized country south of the border just announced some exciting news: they’ve selected two companies to cultivate cannabis for commercial production, and it is expected that legal cannabis will be available in pharmacies in 2016. The companies are Symbiosis and Iccorp, and they're financed by both Uruguyan and foreign capital. Each cultivator will be allowed to produce up to two tons of cannabis per year, with the government providing extra security measures.

Uruguay's new law allows each household to grow up to six plants, and those that are registered on an official list may possess up to 40 grams per month from the pharmacy.

Did we miss any big news from your neck of the woods? Send your stories and any relevant links to social@leafly.com, and be sure to catch up on last week's roundup of legislative updates if you missed it.