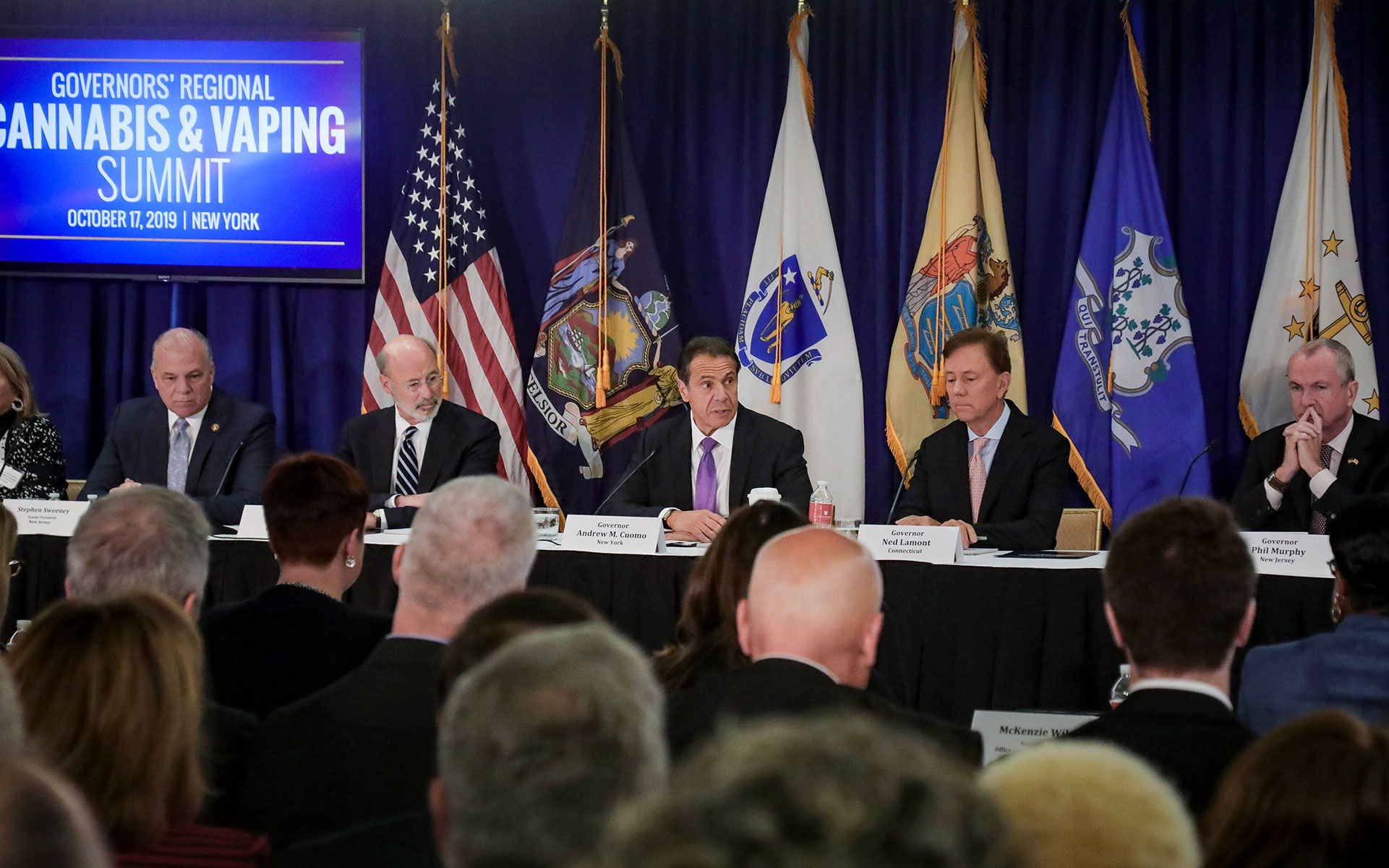 Democratic governors from New York, Connecticut, New Jersey and Pennsylvania met in New York City with health and legislative officials. Representatives from Massachusetts and Colorado were also on hand for the meeting.

'The patchwork quilt of marijuana regulations makes no sense at all.'
Ned Lamont, Governor of Connecticut

“What we want to do is coordinate this on a regional basis,” said Connecticut Gov. Ned Lamont, noting how the “patchwork quilt of marijuana regulations makes no sense at all.” He said the group came up with “very preliminary” principles concerning how to regulate legalized, recreational marijuana, such as agreeing to have similar policies for THC content, edibles, advertising and taxation in order to dissuade people from turning to the illicit market.

Lamont said “different states are going to have different timeframes” to pass marijuana legislation and he didn’t foresee everyone enacting the exact same law at the same time. He said more work needs to be done and staff from the participating states will continue working together on the issue. Several of the governors unsuccessfully pushed for their states to allow recreational pot sales in the last year.

“We just want to make sure we go in with our eyes open and we’re consistent,” Lamont said.

On vaping, Lamont said there appeared to be “the most unity” among the officials on possibly outlawing flavored e-cigarettes next year, given their appeal to young people and the growing number of vaping-related lung illnesses and deaths across the country.

“I think you’ll see some unanimity on that at the start,” he said.

Earlier this month, a state appeals court temporarily blocked New York from enforcing Gov. Andrew Cuomo’s 90-day emergency ban on such products after the vaping industry sued to block the regulations. In Massachusetts, Republican Gov. Charlie Baker last month announced a statewide ban on the sale of vaping products, a measure that has been challenged in court.

Meanwhile, a new law just took effect in Connecticut that increased the age to 21 for someone to purchase vaping products.

Cuomo said a lack of federal action on pot and vaping regulations means it’s up to states to act. He noted that marijuana is often vaped and states should also consider that when considering marijuana legalization.