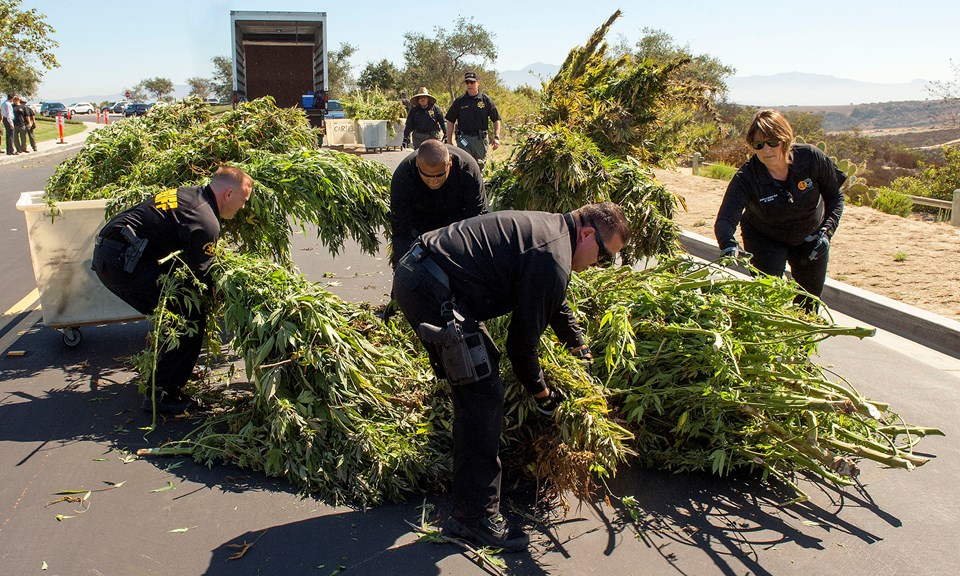 With thousands of dispensaries and few obstacles to getting a medical recommendation, it can sometimes feel like cannabis is already legal in California. A sobering new report from the Drug Policy Alliance, however, reveals that’s hardly the case.

According to the advocacy group, law enforcement in the state made nearly half a million cannabis-related arrests during the past decade. And although arrests fell last year, some patterns remain disturbingly persistent.

Perhaps most worrying is the significant racial disparity in arrest rates. Despite similar use rates across groups, authorities disproportionately took black and Latino people into custody. The DPA report found that black people are twice were likely as whites to be arrested for cannabis misdemeanors and nearly five times more likely to be arrested on felony charges.

“While many people believe that marijuana is essentially legal in California, data show us that thousands continue to be arrested annually for marijuana activities,” said DPA staff attorney Jolene Forman. “These arrests fall disproportionately on black and Latino Californians. The only way to begin to repair these disparities is to move marijuana into a fully regulated market and to reduce or eliminate criminal prohibitions for minor marijuana activities.”

The statistics might come as a surprise given California’s global reputation for cannabis tolerance. In 1996 the state become the first in the U.S. to legalize cannabis for medical use. Lawmakers further criminal penalties for cannabis in 2011, making possession of up to an ounce of cannabis for personal use a civil infraction rather than a misdemeanor.

The change led to an 86-percent drop in misdemeanors, but felony arrests remained relatively stable at roughly 14,000 per year. In 2015 that number fell by a third, to just under 9,000, though the report doesn’t attempt to explain why.

California voters will have an opportunity to legalize cannabis for recreational use this fall. Proposition 64, the Adult Use of Marijuana Act, contains sentencing reforms that would reduce or eliminate most criminal penalties around cannabis. Even better, the reductions would apply retroactively to past offenses.