Lornet Turnbull July 12, 2017
Share
Share on Twitter   Share on Facebook
Print
That invisible line separating Canada from the United States can sometimes seem like a wall—especially when it comes to cannabis. Wildly different enforcement practices at the US-Canadian border can leave travelers in a haze: Americans traveling to Canada are more likely to be asked if they are packing heat than whether they light up, while Canadians can be banished from the US just for admitting to past marijuana use. Things will likely grow even cloudier as Canada prepares to decriminalize cannabis next year.

Len Saunders is a US immigration attorney in Blaine, WA, with an office less than four blocks from the Canadian border. Before Washington State legalized recreational marijuana, he was getting one or two marijuana-related calls a year from Canadians. These days, he gets that number in a week. Here are his suggestions for people traveling to the US-Canada border—from any direction.

Medical marijuana is legal in Canada and recreational marijuana is not, although that prohibition is largely unenforced. Meanwhile, medicinal marijuana is lawful in the District of Columbia and 29 of the United States, including in eight states where it is also legal for recreational purposes and in 12 of the 13 states that share a border with Canada. But cannabis remains illegal in any form or quantity under US federal laws and the federal government—which controls all land, air, and sea borders—bans the stuff regardless of what state law says. For all these reasons, marijuana is simply not allowed across the border—from either side – whether medically prescribed or not.

Marijuana is simply not allowed across the border—from either side—whether medically prescribed or not.

As for the ramifications of being caught: US visitors entering Canada with any quantity of cannabis will likely be turned away at the border. They may try again another day, though they shouldn’t be surprised if they draw added scrutiny.

Far harsher consequences await Canadian visitors caught bringing cannabis into the US, or even those who simply admit to having used it. Not only are they denied entry by US Customs and Border Protection (CBP) officers, they may also be deemed inadmissible to the US, and essentially banished. That’s significant if coming to the US in the future, for any reason—business, work, a Disney vacation—is important. Cannabis-packing Canadian border-crossers can also be fined, apprehended, or both.

Obviously US citizens returning home can’t be denied entry, but they, too, can be fined. Non-citizens, however, face possible deportation. For immigrants who live in the US, being caught with marijuana or admitting to using it can affect future applications for citizenship or legal permanent residency. “A Microsoft employee on a work visa who is caught at the border with weed? He’s basically screwed,” as Saunders puts it.

Past run-ins with the law will also hurt. Canada and the US share criminal databases, the resting place for old convictions that will most assuredly lead to inadmissibility on both sides of the border.

But it doesn’t have to come to that. If all goes well, a stop at the border will involve nothing more than a primary inspection and a few questions from the officer about where you live and what your plans are. How you answer those questions may well determine what happens next. “Unless your passport is flagged, your primary inspection should last about a minute or less,” points out Alex Stojicevic, a Vancouver-based Canadian immigration attorney. Any number of factors can get you sent into secondary inspection, where “they can find out everything about you that’s available in a government database in under 10 minutes. You should behave as if you know that can happen.”

Mind What You Say

Canadian officials won’t interrogate visitors about their marijuana use. But it’s not uncommon for US border officers to ask visitors if they use marijuana or are coming into the states to buy it. Saunders said he’s amazed how many people answer “yes”—to their detriment.

“It’s like asking about your sex life,” says Saunders. “There are some questions that are simply none of their business.” To be fair, not every officer will ask the question, and the level of scrutiny around weed is discretionary, with some crossings and officers far stricter than others.

Saunders said travelers should admit they are in possession of cannabis when they are, or that they’ve been charged in the past with a marijuana-related crime when they have, since a database search will reveal both. But when asked about personal cannabis use, he suggests visitors avoid lying by telling the agent they prefer not to answer. They’ll probably be denied entry anyway, just as they would if they said yes, Saunders says. But it at least it wouldn’t be compounded by also being barred for life.

“A Microsoft employee on a work visa who is caught at the border with weed? He’s basically screwed.”
Len Saunders, US Immigration Attorney

Hopeful development: In a recent letter to Attorney General Jeff Sessions and US Department of Homeland Security division heads, 18 Democratic members of Congress raised concerns over the devastating penalties for visitors and US immigrants who may be unaware of the disparities between federal laws and laws in states where marijuana is legal. They urged them to instruct their officers in states where marijuana is legal not to ask visitors and residents about their use or possession of marijuana, to develop policies for not penalizing them based on such behavior, and to build flexibility into guidelines for finding someone inadmissible because of it.

Prepare to Be Profiled

Border agents aren’t just listening to how visitors answer their questions; they are also looking for “tells.” One of Saunders’ clients, a wealthy 30 year old who owns a pair of dispensaries in Vancouver, was flagged crossing the border into the US after he pulled up to the booth in a new Ferrari. He was deemed inadmissible after admitting to prior use of marijuana. Along with your car, the way you look can also raise a red flag for U.S agents. As Saunders says, a “hippy look,” dreadlocks, or even a T-shirt sporting a marijuana leaf, might give CBP agents the impression you smoke, even when you’re telling them you don’t. “I frequently see young Canadians dressed as throwbacks to the 60s and 70s get sent inside [to secondary inspection],” says Saunders. “Rarely do I see a group of young professionals in business suits being questioned about marijuana use.”

Being caught with cannabis can have devastating consequences, and you can never be too cautious. One of Saunders’ clients was denied entry and deemed inadmissible because he had forgotten about the three joints in his shirt pocket—until a drug-sniffing dog stopped at his car and started pulling on its leash. Another has been in a seven-year battle to regain his green card after officers found traces of weed on the floor of his car and he admitted that he’d smoked in the past.

Before heading to the border, clear any trace of marijuana from your vehicle, your purse, your wallet, your jacket and your pants pockets. Check for paraphernalia—discarded rolling papers under the floor mats or that neglected pipe in the glove compartment. Since officers are able to search your phone and explore your social media, scrub anything that can incriminate you, like that photo of you lighting up a spliff on Mt. Seymour.

You’ve Been Busted and Banned. Now What?

If you’ve been deemed inadmissible by Canadian authorities based on a prior conviction, you have a good shot at a permanent fix. Depending on how long ago your conviction was, you can apply for criminal rehabilitation. And once you get it, it’s good for life.

The US government also allows those it has banished either because of a prior conviction or a bust at the border to waive inadmissibility. But a waiver is not quick, it’s not cheap and is something you’ll have to deal with for the rest of your life.

Canadians and other visitors who wish to continue traveling to the U.S. after being barred must submit the results of a criminal background check, proof of employment, two character letters, and a letter of remorse. The waiver will cost $585, take about six months to process, and will be good for 1 to 5 years. When it expires, you’ll have to do the whole thing all over again – for as long as you want to keep coming to the US. 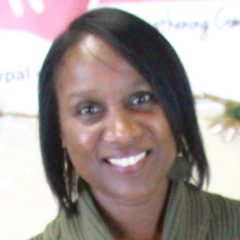 Lornet Turnbull is a Seattle-based freelance writer who enjoys frequent, hassle-free trips to Canada. Follow her on Twitter @TurnbullL or email her: lturnbull321@gmail.com.

Cannabis 101
Can You Legally Transport Cannabis Across State Lines?
Lifestyle
Can You Travel to Australia With Medical Cannabis?
Lifestyle
Remember When Fiona Apple Faced 10 Years for Cannabis?
Industry
Legal Global Cannabis Trade in One Map