The Beatles are arguably the greatest band that has ever existed, cementing their status as music icons over the course of their decade-long career together with dozens of songs that became instant classics the moment they debuted on the radio. In 1960, the Fab Four debuted with a seemingly wholesome and sweet image before evolving into more experimental (and psychedelic) sounds by the mid-1960s. But was the Beatles’ start as squeaky clean as their image suggests?

Match your favorite strain with a Beatles hit. Find dispensaries nearby.

Contrary to what many may think about those boys from Liverpool with the shaggy haircuts and matching suits, even in the early days they were no strangers to experimentation. In the first few years, the Beatles were known to use amphetamines to keep their energy up during concerts. 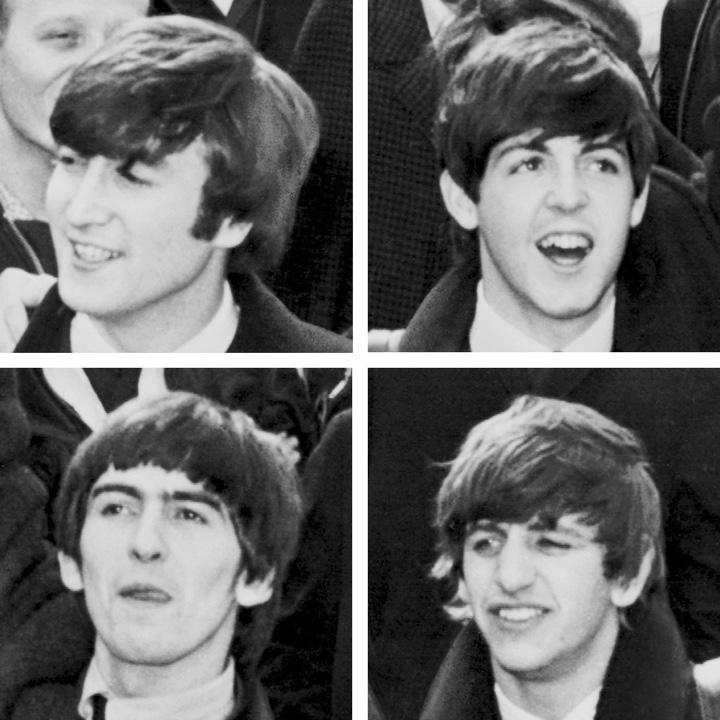 When it comes to cannabis, however, rumor has it that the Mop Tops first tried it after a gig in Hamburg in 1960, but hardly felt anything, according to an account from George Harrison:

“Everybody was saying, ‘This stuff isn’t doing anything.’ It was like that old joke where a party is going on and two hippies are up floating on the ceiling, and one is saying to the other, ‘This stuff doesn’t work, man.'”

It wasn’t until a chance encounter with the one and only Bob Dylan that the Beatles became truly enamored with the wacky tobacky. Chronicled in Peter Brown’s Beatles biography, The Love You Make, on August 28, 1964, the boys were introduced to Dylan by a mutual friend, Al Aronowitz. Dylan requested some cheap wine and suggested that they all enjoy a joint while waiting. 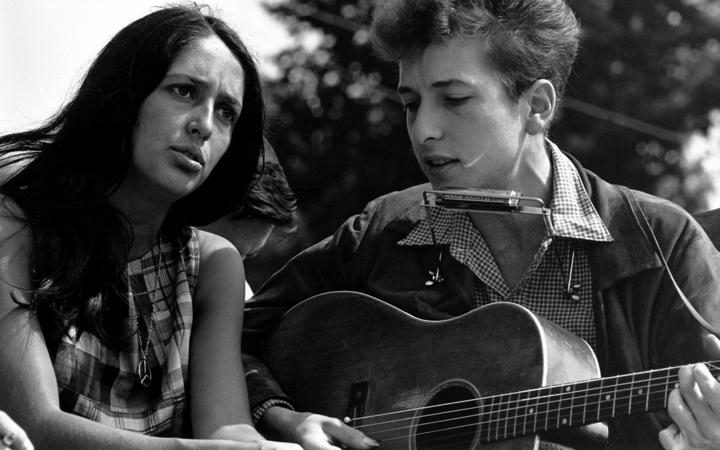 Bob Dylan with Joan Baez during the Civil Rights March on Washington D.C. in 1963

The Beatles and Brian Epstein looked at each other sheepishly and admitted, “We’ve never smoked marijuana before.”

Dylan was incredulous. “What about your song? The one about getting high?”

The Beatles had no such song and finally asked, “Which song?”

Dylan was giddy to introduce them to cannabis. They secured the hotel room with towels under the door and drapes drawn tight before Dylan rolled the first joint. He gave it to Ringo Starr to light, but Ringo, not quite understanding the “puff, puff, pass” etiquette, smoked the whole joint by himself, while Dylan just laughed and rolled a few more.

From then on, the Beatles would use a particular phrase when they wanted to smoke cannabis: “Let’s have a laugh.”

By mid-1965, the boys were well-acquainted with the sweet green grass. While filming the movie Help!, they were often so stoned that they would forget their lines, forgoing acting for giggles.

John Lennon even claimed that the foursome smoked cannabis in the bathroom at Buckingham Palace while receiving their MBEs (Member of the Most Excellent Order of the British Empire, a distinguished grade within the British order).

The songs in which cannabis makes an appearance are numerous. Paul McCartney was quoted in his biography Many Years From Now as calling the song “Got to Get You Into My Life” from the album Revolver an “ode to pot, like someone else might a write an ode to chocolate or a good claret.”

Unfortunately, the Drug War allowed no exceptions for celebrities. While staying in Ringo Starr’s basement flat in Montagu Square, John Lennon and wife Yoko Ono were arrested in London on October 18, 1968 for the possession of cannabis. Lennon pled guilty to absolve Yoko, who was pregnant at the time.

The next year, George and Pattie Harrison also faced arrest for cannabis possession on March 12, 1969. Both Lennon and Harrison maintained that the drugs were planted by London’s drug squad, led by notorious anti-drug zealot Detective Norman Pilcher. Pilcher was also famous for arresting members of the Rolling Stones and Scottish singer/songwriter Donovan, and he also had a close encounter with Eric Clapton, who escaped out the back door and avoided arrest.

The Fab Four also famously experimented with lysergic acid diethylamide (LSD), which influenced many songs, including “Day Tripper” and “Tomorrow Never Knows.” Curiously, the song most often associated with LSD, “Lucy in the Sky With Diamonds,” has nothing to do with the drug according to the band.

These days, Paul McCartney has traded the cannabis in his life for alcohol, saying he’d rather not “set a bad example,” (which is quite a laugh, when you think about it).

Ringo Starr confirmed the Bob Dylan story to Conan O’Brien on his talk show, going so far as to insist that he was the first Beatle to smoke marijuana:

“I went first. The drummers always go first. That’s just how it was. We didn’t draw lots or anything like. We got high and laughed our asses off.”

He then pondered the immense changes that cannabis has undergone in the decades since their fame, saying, “It was against the law then, you know. Not like now.”

Beatles photo by United Press International (UPI Telephoto)Cropping and retouching: User:Indopug and User:Misterweiss – This image is available from the United States Library of Congress‘s Prints and Photographs division under the digital ID cph.3c11094.