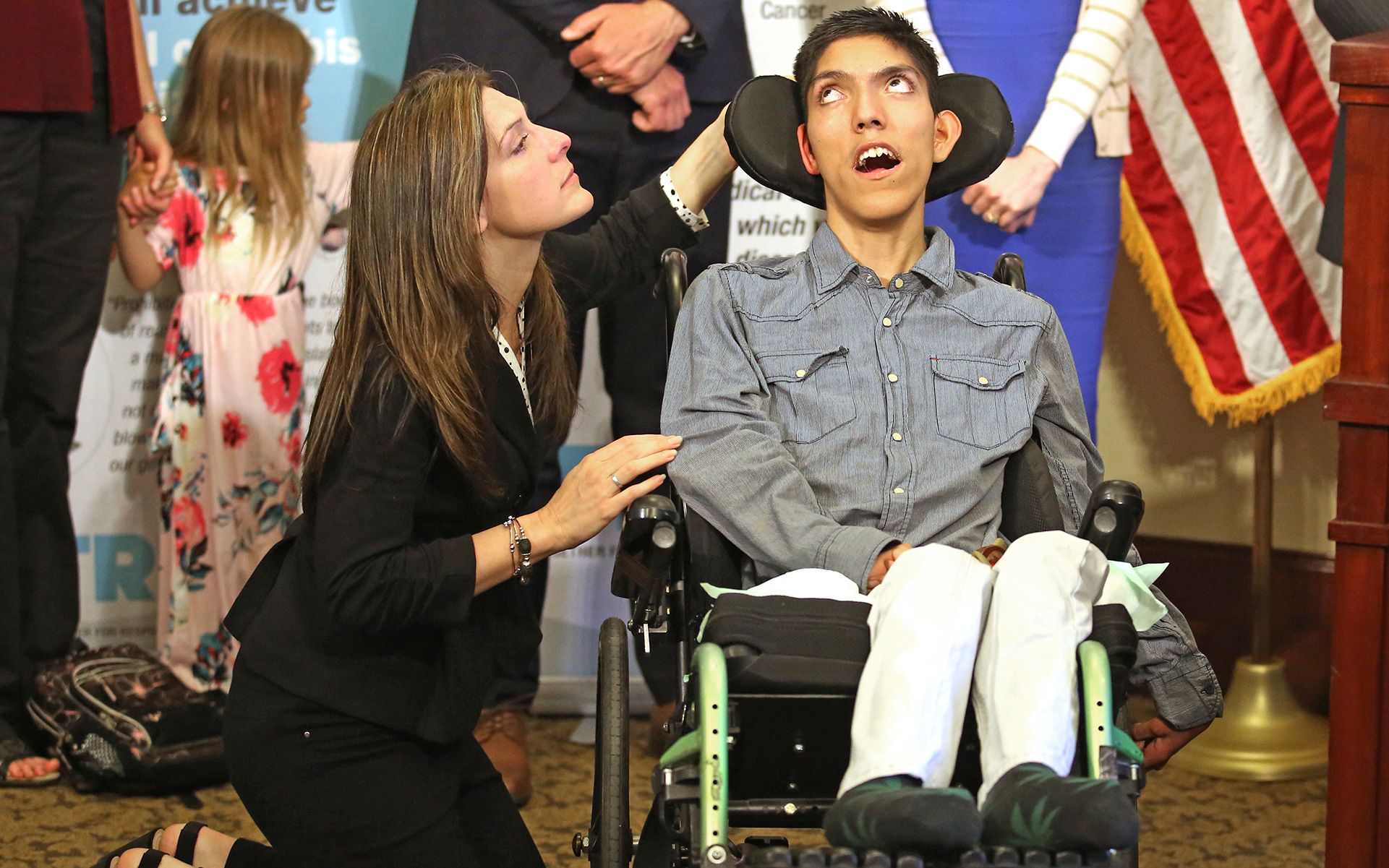 In this May 8, 2018, file photo, Desiree Hennessy attends to her adopted son Hestevan, who has cerebral palsy and suffers from chronic nerve pain, seizure disorder during a news conference at the Utah State Capitol, in Salt Lake City, as supporters of a medical-marijuana ballot initiative fend off opponents' increasing efforts to keep them off the ballot. Medical-marijuana supporters in Utah are pushing back in court against opponents trying to block them from the ballot by citing federal drug law. (Rick Bowmer/AP)
The 2018 mid-term elections see pivotal state-level votes on either medical or recreational marijuana in four states: Michigan, North Dakota, Missouri and Utah. Utah will be one of the most significant, as the majority of voters face off against the Mormon church, as well as police and city leaders over access to medical cannabis.

Utah Proposition 2 appears on ballots as a citizen-proposed state statute on November 6, 2018. Voting “yes” would legalize medical cannabis use for qualified patients. Here are the details.

Want to Find Legal Cannabis Near You?

Shop Nearby Menus On the Go

What Would Prop 2 Do?

The “Utah Medical Cannabis Act” (aka Prop. 2) legalizes medical marijuana in Utah, similar to programs in 31 other states. Individuals with specific qualifying conditions could get a recommendation from a physician and apply for a state medical marijuana identification card.

Medical cannabis smoking stays illegal, but individuals could buy from licensed stores. Limits would be two ounces of unprocessed cannabis, or cannabis products containing up to 10 grams of tetrahydrocannabinol (THC) or cannabidiol (CBD).

To facilitate safe access after January 1, 2021, medical cardholders would be able to grow six marijuana plants for personal use in their homes, if there no dispensaries within 100 miles of them.

Shop Legal Cannabis Near You with Leafly Finder

Who Qualifies Under Prop 2?

Medical marijuana recommendations in Utah would be limited to patients with:

Recreational use of marijuana remains illegal. Medical cannabis options exist in name only.

A group called Drug Safe Utah leads the opposition to Utah medical marijuana. Other opponents include the Utah Medical Association and The Church of Jesus Christ of Latter-day Saints. In 2018, Drug Safe Utah has raised $167,180 and spent $72,120, Ballotpedia reports.

Utah Gov. Gary Herbert is personally opposed to the measure, but has stated it should go a vote of the people. Other opponents include:

What’s the Fiscal Impact of Prop 2?

State officials estimate it would cost $1.1 million to start the program and $1.8 million per year to administer. About $1.4 million of annual costs would be covered by fees. General state revenues would have to fund $400,000 in ongoing costs and $1.1 million in one-time startup costs.

How Did Prop 2 Get On The Ballot?

Supporters gathered more than 113,000 voter signatures by the April 15 deadline. Proponents spent $201,125 on professional signature gatherers. They also conducted 10 hearings and amended the proposition based on public input.

What Remains Illegal Under Prop 2?

Smoking cannabis. Driving under the influence of it, or using it in public. All other laws that prohibit the production, processing, sale, possession, and use of non-medical cannabis.

A doctor must write a note called a recommendation (not a prescription) for a qualifying condition. Minors would need a legal guardian’s permission. Applicants denied a card could appeal to a state Compassionate Use Board.

How Would Patients Purchase Under Prop 2?

Patients would purchase medicine after showing a valid state-issued medical marijuana card at a licensed dispensary, subject to 14-day limits of either two ounces of raw cannabis flower or ten grams of THC or CBD.

Are There Taxes Under Prop 2?

As a medicine, medical marijuana would be exempt from sales taxes.

How Many Dispensaries Would Be Allowed?

No, cities and counties could not use federal law as an excuse to ban stores or farms. They can, however, narrowly restrict the time, place, and manner of medical cannabis business operations to mimic a ban. Other local zoning rules would apply, and cannabis businesses could not locate with 600 feet of sensitive uses like schools, parks, or churches, or within 300 feet of homes.

Who Would Grow Medical Cannabis Under Prop 2?

A state-designated producer system, capped at 15 farms, would operate until 2022, when more farms could be added.

After Jan. 1, 2021, medical patients who live more than 100 miles from a dispensary could grow it, too, subject to restrictions.

How Long Would Patients Have to Wait?

What About Medical Marijuana Patients From Other States?

Utah Proposition 2 contains a reciprocity clause that provides an affirmative defense against prosecution for certain Utah marijuana crimes, “if the individual has a medical marijuana card from another state and has a qualifying condition under this measure.”

What Are Patient Possession Limits?

Limits would be two ounces of unprocessed cannabis, or cannabis products containing up to 10 grams of tetrahydrocannabinol (THC) or cannabidiol (CBD). How long will two ounces of flower, or 10 grams of THC last? Two months for flower — at a rough average of one gram per day. Ten grams of pure THC is a lot — equal to 1,000 doses under Colorado and California’s 10 mg standardization.

Are There Any Anti-Discrimination Provisions?

How is Medical Marijuana Polling in Utah?

Medical marijuana polled at 64 percent in Utah, in an Aug. 31 poll with a margin of error or +/-3.4%. February and May polls had support as high as 77% and 72%. UtahPolicy.com commissioned the most recent poll by polling firm Dan Jones & Associates, who surveyed 809 registered Utah voters.

Utah residents who are age 18 or older must mail in their voter registrations at least 30 days prior to the election, which is held on Nov. 6, 2018. Online or in-person voter registrants must complete their registration at least seven days before Nov. 6.

On Election Day Nov. 6, polling places must be open from 7 a.m. to 8 p.m. Utah has polling station voter identification rules requiring: one form of name and photograph identification; or two forms of identification bearing name and address. 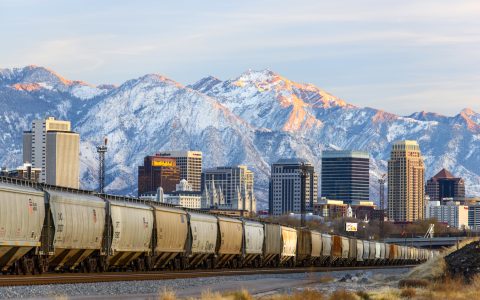 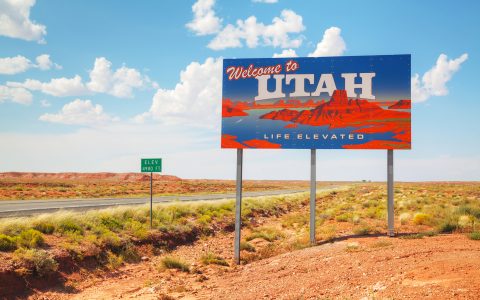 Utah Officials Not Pleased With Cannabis Store Near Border 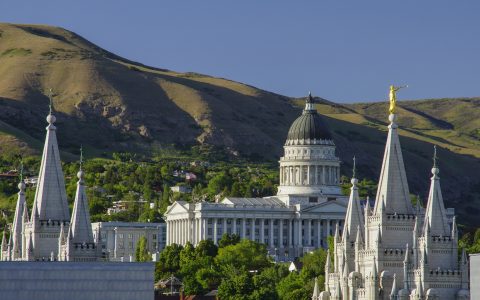 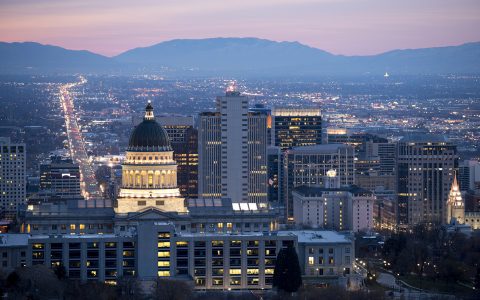