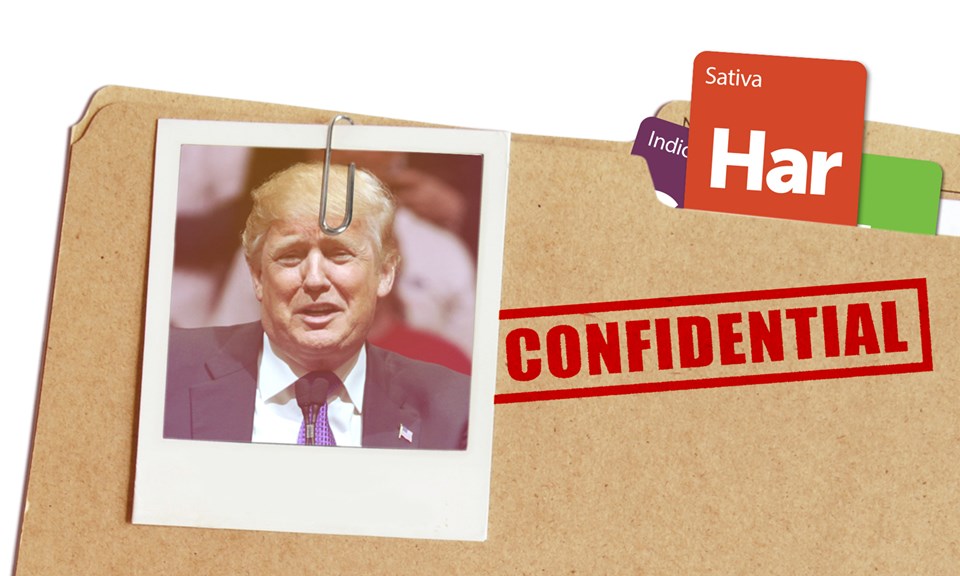 Status Report: “The only way we can lose, in my opinion — I really mean this, Pennsylvania — is if cheating goes on,” Trump declared on Friday at a campaign stop in Altoona, Penn. The state has gone to the Democratic candidate in seven of the past eight elections, 10 of the past 15, and hasn’t swung red since George H.W. Bush — the father — in 1988.

Voter fraud of the type Trump fears is nearly nonexistent. The most authoritative study of voter fraud in the United States, by Loyola Law School professor Justin Levitt, has documented only 31 cases out of more than one billion votes cast since the year 2000.

Evaluation: Today Trump needs a strain to counteract the paranoia (defined as “intense anxious or fearful feelings and thoughts often related to persecution, threat, or conspiracy” by Mental Health America) from which he seems to be suffering.

Recommendation: Harlequin. This strain has grown tremendously popular in the past year due to increased interest in cannabidiol (CBD), the calming cannabinoid that counteracts the feelings of anxiety and paranoia that can be brought about by high THC levels. Harlequin’s 5:2 CBD-to-THC ratio makes it a favorite for those seeking calming pain relief with low THC intoxication. Leafly reviewer nattiecakes calls Harlequin “nothing short of a miracle for my varied health problems.” Reviewer cgwinn1985 reports: “Didn’t get much of a buzz, but my body was relaxed and felt no pain.” Which is exactly what you want from Harlequin.