We Reviewed a $300 Hash Fridge: Here’s What We Learned 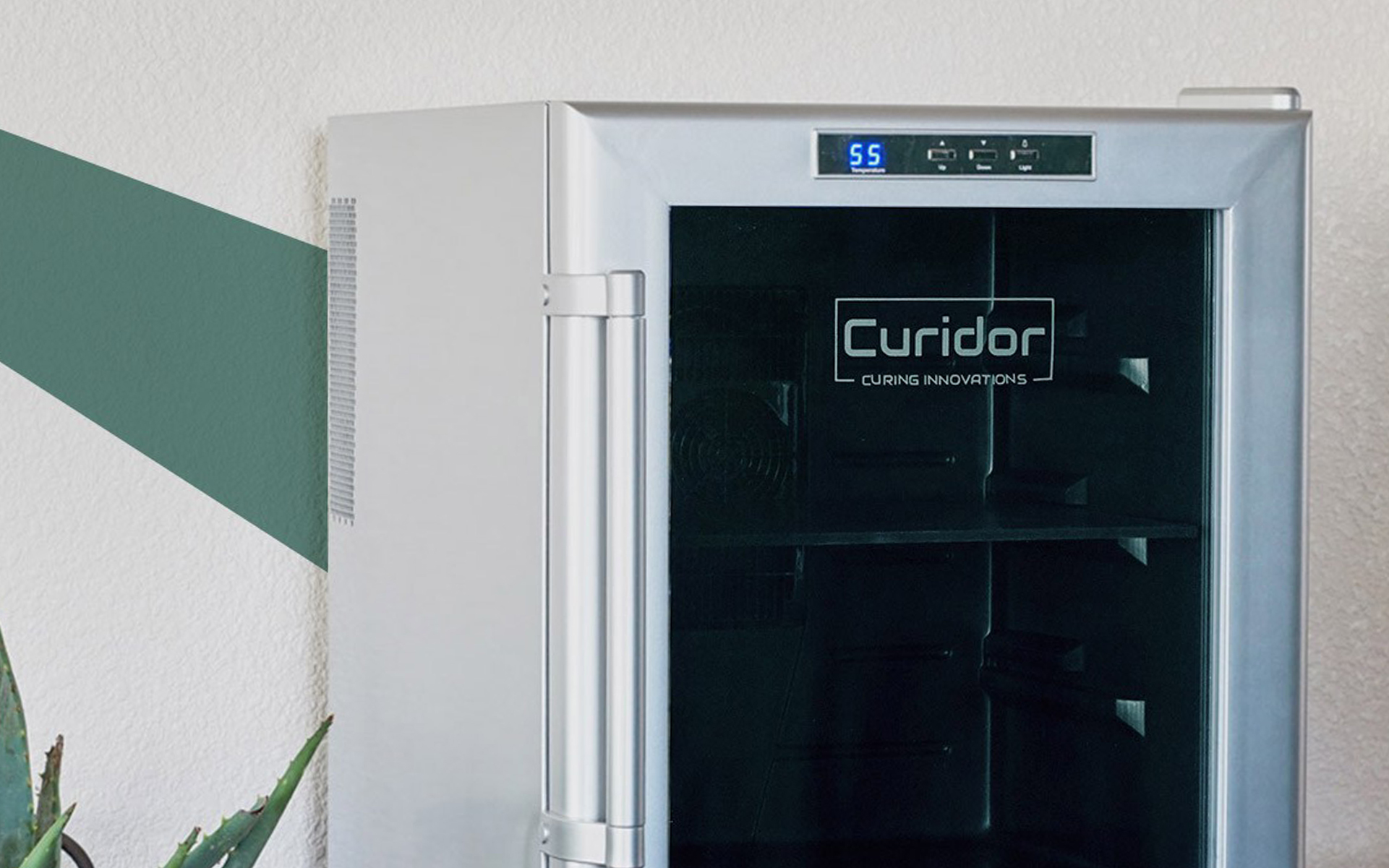 But is the world ready for a $300 Curidor hash fridge? Some of us most definitely are.

Taking delivery of the 39-pound, all-aluminum, lockable “Curidor” weed fridge this week, my buddy and I hoisted it above our heads while climbing the narrow apartment stairs like cro-magnon man might carry an obelisk or a religious totem. Somewhere, Hans Zimmer-like klaxons sounded. We unboxed it and plugged it in and it hummed to life and the interior light bathed us in a cold, pitiless blue light. “No longer will our buds degrade like savage peoples’!” I bellowed.

There was just one problem—at what temperature should you chill weed?

Such is the question on the frontiers of cannabis culture, where Americans are geeking out harder than ever on high-end cannabis storage and display-ware. You’re still rocking trashy plastic baggies stuffed in junk drawers in your bedroom? Have some standards, man. Witness the rise of limited edition Re:Stash jars and extract fridges.

A great awakening is occurring in consumer America: we’ve been mindlessly hurting what we love most—the cannabis we take home, or grow and smoke.

Cannabis’ effects come from a mix of the main actor, THC, and other cannabinoids, as well as its flavors—called terpenes. THC and terpenes work together like the cast of Hamilton. It’s called the entourage effect, and this cast is a bunch of divas. They do not like high heat or extreme cold, or too much humidity or dryness. Temperature and humidity extremes make them sad. And when it comes time for the show, they perform worse, or not at all.

Enjoying well-kept cannabis and extracts is a world apart from smoking anything compressed, heated, or dry. One performance is not the other.

“No one likes crappy weed,” said The Dank Duchess, a leading hash media personality from Oakland, Calif. A lot of connoisseurship is driven by high-tolerance hash heads like her.

“I have two mini-fridges just for extracts,” said Duchess. “I have an entire room for my weed that is kept at 52 degrees, but I am SUPER extreme for obvious reasons. I’d love a large humidor for my fat cannabis joints that I want to stay flavorful.”

“The public should care because this is basic concern for products. It’s no harder than remembering that milk goes bad if not put in the refrigerator.”

Extended bouts at even room temperature can spoil the intended look, smell, and texture of so-called ‘sauces’—extracts rich in terpenes that boil off in room settings.

Doing researching for my book Marijuana Harvest by Ed Rosenthal and David Downs, I came across horror stories of hash labs where an air-conditioner left off overnight spoiled tens of thousands of dollars of delicate, ‘shatter’-type extract. Plenty of producers, distributors, and stores spoil bud, which is what drove Curidor’s founder, Parker Sullivan, to create the device.

Sullivan comes from a family of longtime tobacco farmers back east and grew up in the culture of proper drying, curing, and storing. When he saw the cannabis industry fall short, the metal-worker gave up growing award-winning bud to focus on luxury gear. Part of it is also survival—prices for cannabis are collapsing. But the market for luxury storage gear is in its infancy.

According to data from BDS Analytics, as stigma falls, more high earners are coming out of the cannabis closet with money to spend on the best.

“I’m excited to see the industry as a whole come into a more adult scene—approaching it as fine beer and fine art,” Sullivan said.

Sullivan crafted commercial Curidors before creating a desktop unit in 2016. He’s sold hundreds, he says, and his “target market is home growers saving their hard work, more sophisticated collectors that like a variety, and adults with children wanting to be discreet (our blackout tint option is complementary).”

Both the High Times Cannabis Cup and Emerald Cup used commercial Curidors to keep entries pristine during recent contests. Running one inside my office, it’s definitely sleek and chic in its all aluminum and glass lines. Inside the dark interior, designer cannabis sits on shelves, all stocked up for the coming California drought. There’s peace of mind knowing all the terps in my 2017 Gelato #41 light dep, or my 2017 Guava light dep, or my 2018 Dosi-Punch indoor are sealed up and preserved as best they could be.

Stock Up Now, California. A Lot of Cannabis Is About to Disappear From Stores

“It’s a novelty for people with too much money to spend,” counters Jake Browne, a leading Colorado cannabis critic.

Which might be a fair point. But as the world seemingly crumbles, hobbies offer a good release valve. You can’t save the white rhino, but at least you can save all your white rhino terps.

And you don’t need to drop $300 on a custom Curidor hash fridge, Browne notes. Start small with some all-glass jars. Leaky plastic bags and medicine bottles kill aroma, potency and effect. They waste your hard-earned money. Re:Stash jars are customizable, and made from recycled materials. Miron tinted glass is also a great buy.

“Upgrading to glass jars is the best investment you can make. Plastic is terrible,” said Browne.

“Nothing but glass,” Duchess said.

Other than that, keep your cannabis and extracts sealed up in a cool and dark place. If you look at how fast terpenes degrade at room temperature, you don’t lose that much flavor or effect in the first 90 days—which is when we smoke it all up anyways.

Cannabis conservation is but a means to an end, after all. 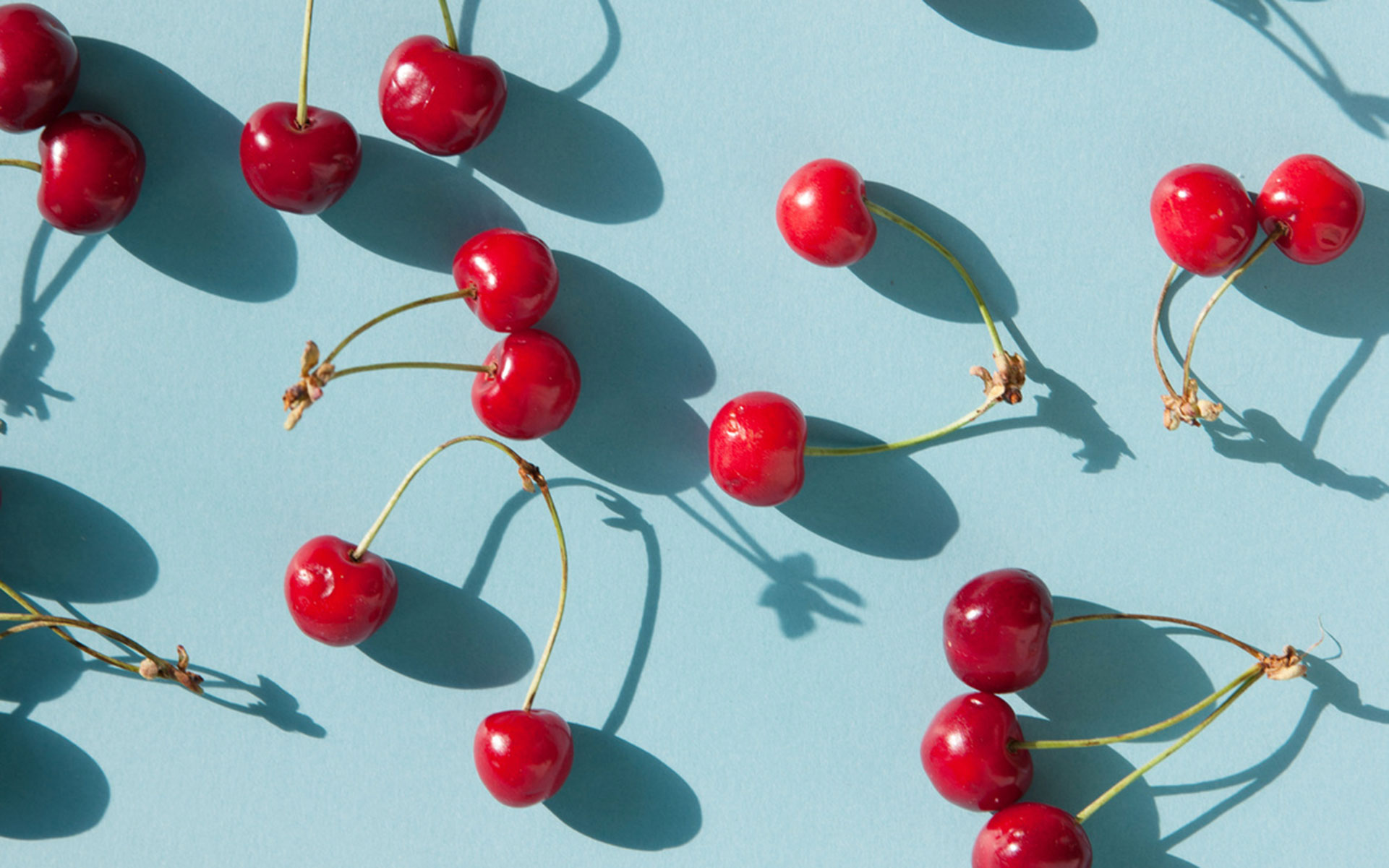 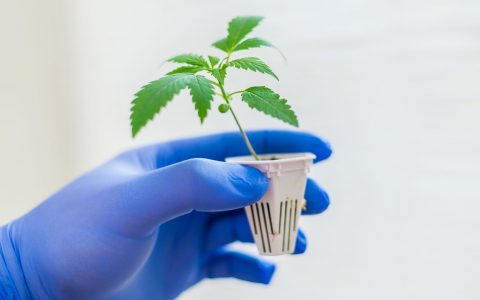 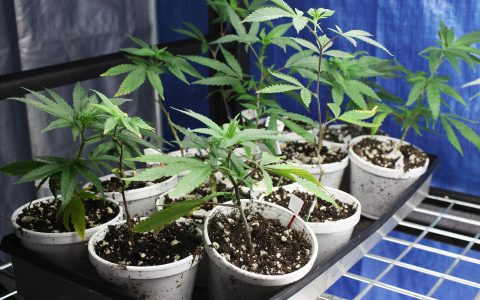