Interest in the possible effects of CBD (short for cannabidiol, one of approximately 80 active cannabinoids in cannabis) has peaked on Leafly, with searches for the term CBD now far-exceeding other similar searches (for terms such as sativa, indica, hybrid, and THC) on the site.

This rise in search interest matches anecdotal evidence within the industry, which tells us that consumers are becoming more and more interested in the potential healing effects of CBD.

The chart below shows the total number of unique searches for CBD, sativa, indica, hybrid, and THC month over month since November 2014. You can see a steady incline in searches for the term CBD, then a large spike in the month of October (some of this traffic spike comes directly from Oregon, where cannabis was legalized recreationally in October 2015). 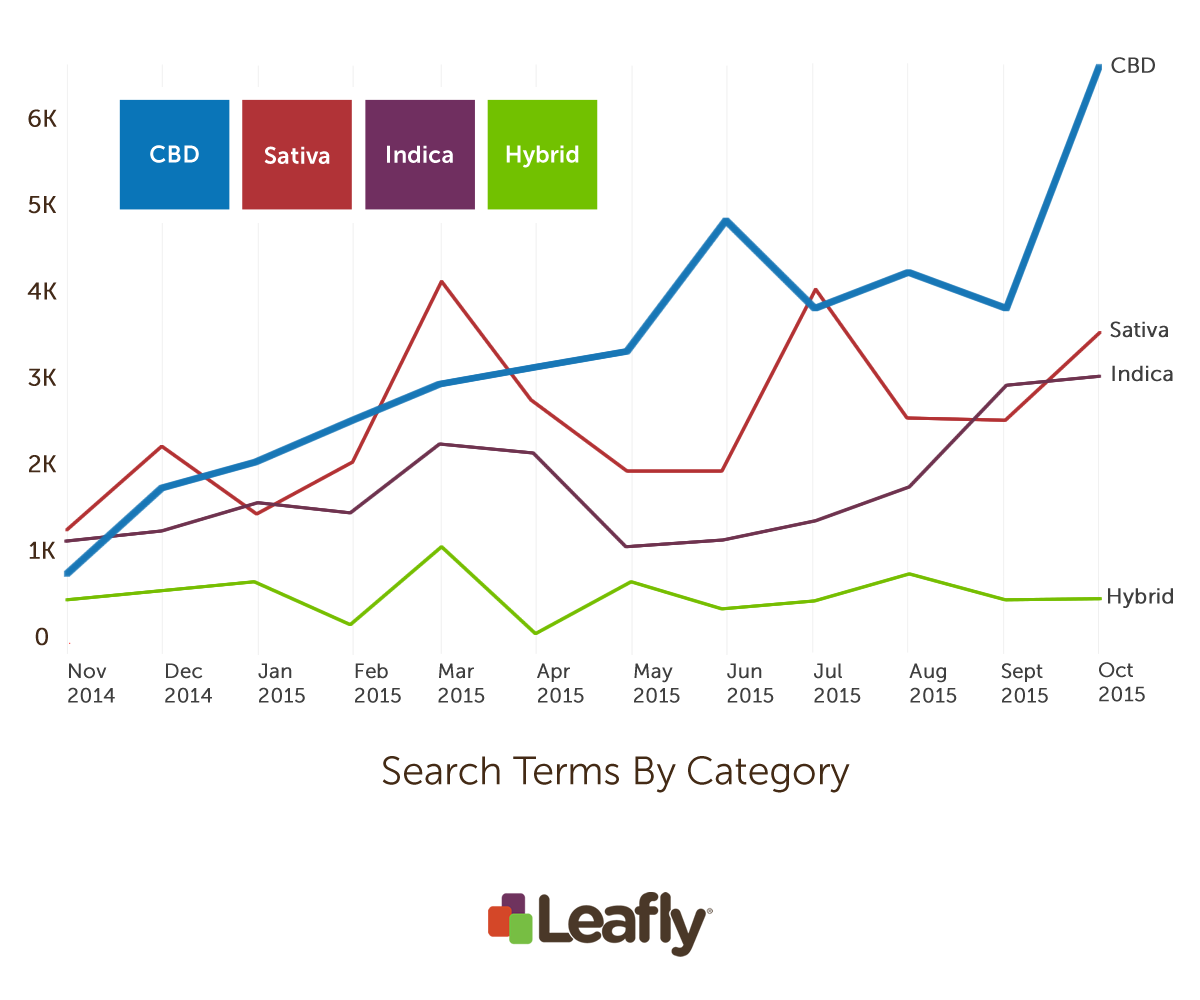 Interest in CBD has grown significantly in 2015 as the legalization movement in the U.S. has gained momentum, and multiple major media outlets have reported on the cannabinoid’s potential to treat afflictions such as child epilepsy, inflammation, anxiety, and psychosis, amongst other illnesses.

We dug into our proprietary data to go deeper on these CBD inquiries, comparing search term growth from October 2014 to October 2015. 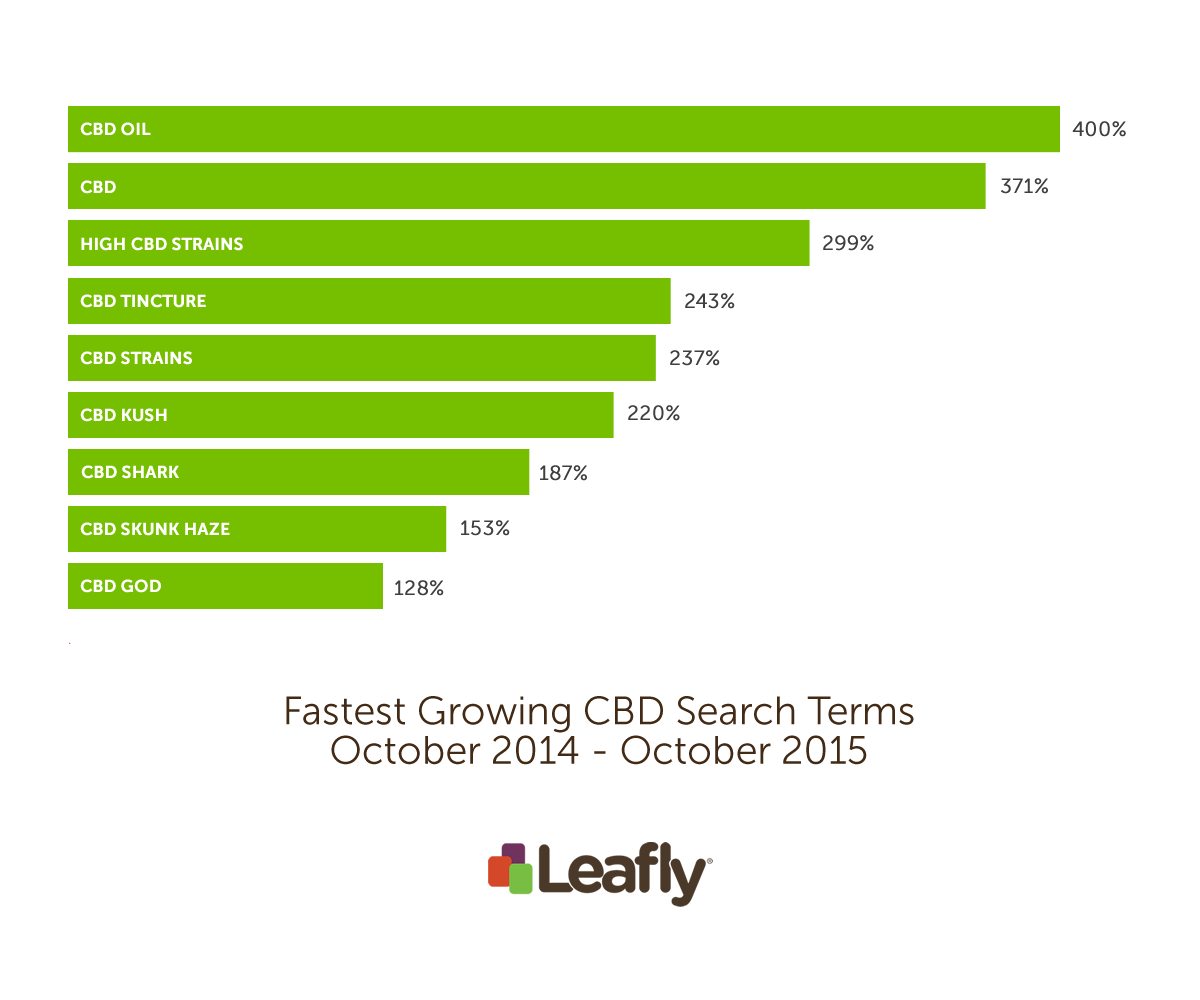 Interest in CBD oil as a search term is most likely to have peaked with the rise in stories around the success of CBD oil in treating illnesses such as child epilepsy.

Other trends to take out of this data:

What’s the takeaway for dispensary owners and managers? It’s simple: given the rapid increase in CBD interest over the past year, your business may benefit from stocking some CBD-rich strains for interested customers and patients. Your staff should brush up on their CBD knowledge as well — here are some resources to check out so that your employees are well-informed and can pass their learnings onto your patrons:

Don’t miss our previous Leafly Marketwatch charts of the month for October and November!

Part one
Leafly Marketwatch: The Rapid Rise in CBD Interest
Part two
The Leafly Marketwatch: What Percentage of Your Dispensary Visitors Are Out-of-State?
Part three
Which Illegal States Are the Most Cannabis Curious?
Sign up for more Leafly news
Thank you for subscribing!