Vancouver Cannabis Dispensaries Told to Cease and Desist or Shut Down: The Leafly Roundup 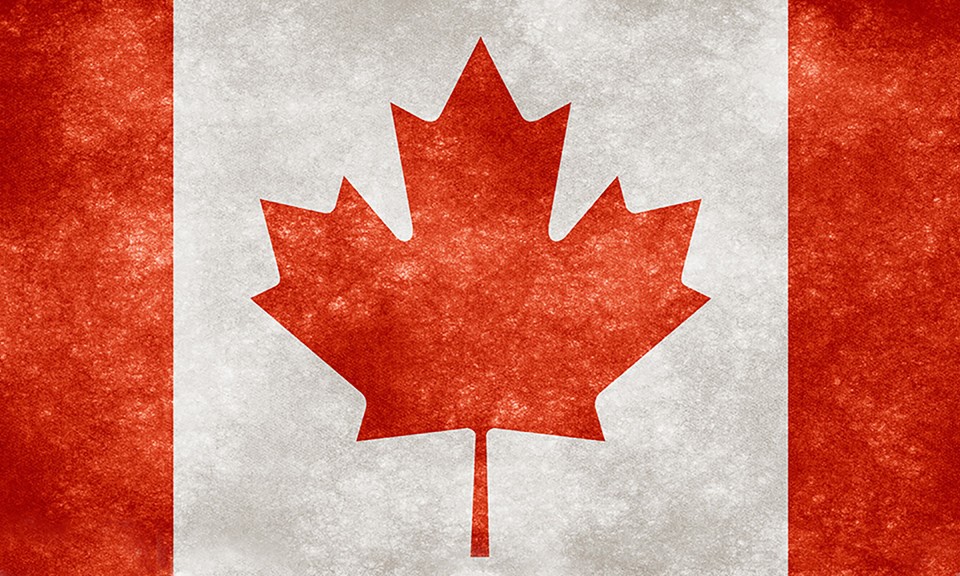 In this week's roundup of cannabis legalization news, California just released the first draft regulations for medical cannabis since the program’s inception in 1996 and New Mexico is seeking a new decriminalization measure. Up in Canada, however, medical dispensaries in Vancouver just received “cease-and-desist” letters from Health Canada warning them to discontinue operations or face jail time. That and more in the latest legislation update!

The recreational cannabis regulations for Alaska’s new program are shaping up nicely, with the latest stipulations being discussed pertaining to advertising, security protocol, and giveaways. It was decided that giveaways of cannabis or otherwise branded merchandise is not allowed, although advocates protested, saying that this will inhibit their ability to effectively market and advertise. Regulators concluded that the concern for children’s exposure to these products outweighed the free market law. Another crucial stipulation was that the cannabis industry cannot claim any therapeutic or medical benefits, a carryover from the state's colorblind marijuana initiative, which doesn't distinguish between medicinal and recreational marijuana.

For the first time since the program was enacted nearly two decades ago, the governor’s office released a proposal of statewide draft regulations for California’s medical marijuana market. Medical dispensaries have been almost completely laissez-faire by the government, with certain exceptions by local and county jurisdictions (such as San Francisco and San Diego) where officials have set their own restrictions for cannabis business operators. The new proposal will combine three separate cannabis bills into one and create a new office, the Bureau of Medical Marijuana Regulations, to enforce the new rules.

Florida’s fledgling CBD program will go into effect at the start of the new year, and Florida physicians will soon be able to recommend medical cannabis for their patients. However, there are currently only a handful of doctors from the state who have signed on to join the program. Doctors have another six months to earn state approval before the program is implemented, but so far only 42 physicians have joined up.

In order to qualify, doctors must take a $995, eight-hour continuing education course, but many doctors are waiting for more details to emerge before jumping into the ring. Florida has accepted proposals from 24 different applicants for five licenses, but there is no protocol on where the drugs will be dispensed, what dosages will be available, what form the drugs will take, or how much they will cost, which may be a deterrent to prospective doctors.

Governor Bruce Rauner rejected a recommendation from the Illinois Medical Cannabis Advisory Board to add 11 new qualifying conditions to the program, including post-traumatic stress disorder (PTSD) and irritable bowel syndrome (IBS), saying, "No patients have yet been served, and, consequently, the state has not had the opportunity to evaluate the benefits and costs of the pilot program or determine areas for improvement or even whether to extend the program beyond its pilot period." The Republican governor, who inherited the program from predecessor Pat Quinn, has been increasingly frosty towards the program. He also used his amendatory veto to disallow the expansion of the program, as it is only in the beginning stages and the legislation is set for the program to expire in 2017.

Two Albuquerque city councilors, Isaac Benton and Rey Garduño, announced a bill to remove criminal penalties from the possession of cannabis and paraphernalia, as well as another resolution that would make cannabis possession violations the lowest priority in the city. Garduño proposed a similar decriminalization measure last fall, which was approved by the City Council but never made it to the 2014 ballot, having been vetoed by Mayor Richard Berry.

During a hearing of the Legislature’s Administrative Rules Committee, officials from Vermont’s Department of Public Safety argued in favor of several proposed changes to Vermont’s medical marijuana program, including the exemption of patients from the requirement that they be the patients of a prescribing doctor for more than six months, and that the four current medical marijuana dispensaries would be authorized to make deliveries to qualified patients.

However, these changes were not the ones causing an uproar. Rather, a change relating to hemp, which had previously been considered “industrial,” would now be placed under the umbrella of medical marijuana, making it subject to the same rules and regulations. Farmers of hemp, concerned that the legality may cause a cramp in business, protested, although officials claim that the change is solely to make cannabidiol oil derived from hemp more widely available. This change should only apply to the four dispensaries in the state and not the hemp industry at large.

The Victorian state of Australia is preparing a cannabis cultivation trial to allow for the medicinal cannabis oil industry to be based in the state. Taking recommendations from the Victorian Law Reform Commission report, which outlines the legal, medicinal, regulatory, and jurisdictional hurdles that the trials will need to overcome to be successful, the Victorian government made the decision to grow the product locally rather than have it imported, as Victoria does not have the power to allow the importation of cannabis.

The decision to grow in Victoria follows a promise made by Premier Daniel Andrews before the November 2014 election, to legalize cannabis oil for use in treating conditions such as cancer, Dravet's Syndrome, HIV/AIDS, glaucoma, and Parkinson’s Disease. Although the details are still in production, potential growers will likely have to apply to the Secretary of the Department of Environment, Land, Water, and Planning, who will issue a license to those who qualify, followed by regular government inspections.

Medical dispensaries in Vancouver, BC, received an ominous letter from Health Canada warning them that if they do not “cease and desist” all operations immediately, they may face raids from the Royal Canadian Mounted Police. Many operators were surprised by the letters and contacted Health Canada, where officials verified their authenticity. The letters are part of a campaign overseen by a special department task force created by Health Minister Rona Ambrose, who has been an outspoken opponent of all medical marijuana.

Vancouver’s dispensaries are under the regulatory department of the city, and Mayor Gregor Robertson called the move from Health Canada “curious.” Some of the oldest dispensaries in the city received letters despite their lack of advertising, non-profit status, and catering to legal members only. The Health Canada letter also said that operators that refuse to close could face fines of up to $5 million or two years in prison, or both.

The Association for Medical Cannabis Treatment in Israel is threatening to sue clinics that are refusing medical cannabis to patients under the belief that they are faking their condition to acquire cannabis for recreational, rather than medicinal, use. In order to get a permit for medical cannabis for chronic pain, an Israel patient must undergo treatment for a year at a registered pain clinic and exhaust all other options, including addictive opioids and risky surgical procedures, which is prohibitively expensive. Cannabis clinics use this criteria as a gatekeeper to ensure that all cannabis seekers are legitimate.

There are currently 7,350 chronic pain patients out of the 22,000 total registered Israeli medical cannabis patients. Clinics have been overwhelmed by the number of patients seeking medical cannabis, and the result lately has been both new and existing pain patients who are renewing their authorizations are almost immediately turned away. A glimmer of hope on the horizon comes from Israel’s Health Ministry, who announced this summer that they will be increasing the number of physicians authorized to recommend cannabis, and also allowing medical cannabis to be available from pharmacies instead of solely from authorized growers.

Don't forget to catch up on last week's legalization update, and feel free to read up on previous legislation information:

Got some hot news we should include in our next roundup? Send your tips with related links and sources to social@leafly.com!