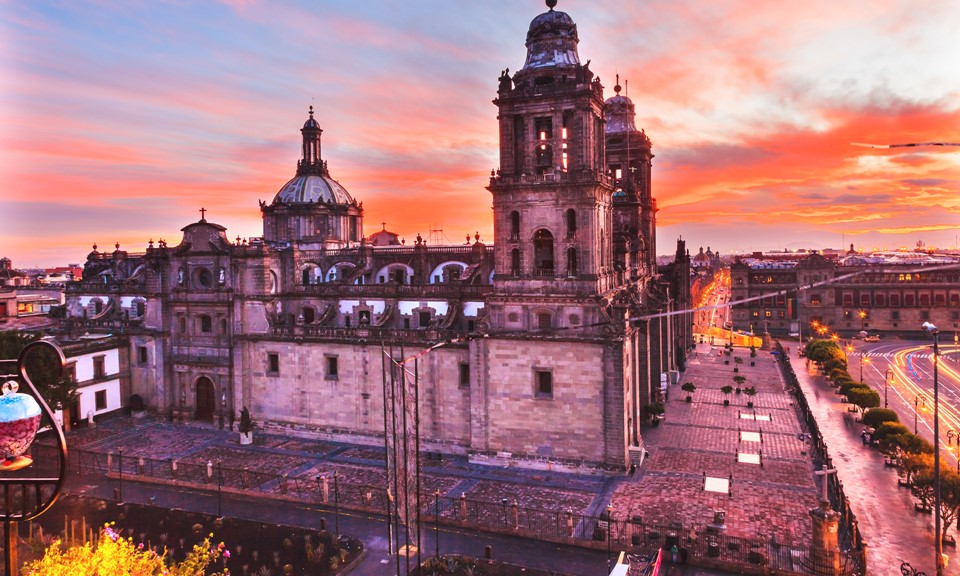 Last week in legalization, Arizona neared a key goal in its initiative process, numerous California cities banned dispensaries, and Massachusetts state senators road-tripped to Colorado. Across the borders, Canada grappled with the impact of legalization on its treaty commitments while Mexico opened the door to a national debate on legalization.

Here's a quick roundup of what's happening in the world of legal cannabis:

Arizona’s Campaign to Regulate Marijuana Like Alcohol is nearing the 150,000 signatures it needs to qualify for the November ballot. Under the proposed initiative, adults 21 and over could possess up to one ounce of cannabis and grow up to six plants in their home for personal use. Licensed retail shops would be able to sell cannabis subject to a 15 percent excise tax. The ballot measure would also establish a new state agency, the Department of Marijuana Licenses and Control, to regulate and oversee the cannabis industry.

A typo in California’s new medical marijuana law could spell disaster for dispensaries in some California cities and counties. Local governments are allowed to ban medical marijuana companies, but they must do so before March 1. Though lawmakers are working to remove the deadline, the bans are adding up. The Stanislaus County Board of Supervisors recently prohibited the commercial growing and distribution of cannabis, as did the city of of Thousand Oaks.

Massachusetts lawmakers held a hearing last week on House Bill 1561, the Cannabis Regulation and Taxation Act of 2016, which would legalize and tax the sale of recreational cannabis. HB 1561 is separate from an initiative that could be on the ballot this November. The bill is sponsored by Rep. David Rogers, D-Middlesex, who teamed up with Dick Evans of the Campaign to Regulate Marijuana Like Alcohol. The hearing coincided with a visit to Colorado by eight members of the Senate Special Committee on Marijuana to learn about the legal cannabis industry.

Minneapolis City Councilmen Jacob Frey and Andrew Johnson are seeking to decrease penalties for possession of small amounts of cannabis in the city. Being caught currently means jail time, a criminal record and a $200 fine. Johnson and Frey are hoping that by reforming the ordinance, Minneapolis can come into line with a statewide mandate that says possession of small amounts of cannabis should be treated like a traffic ticket.

A member of the Task Force on Medical Cannabis Therapeutic Research, Charles Reznikoff, conducted a survey of 262 doctors across the state to investigate why doctors have been hesitant to recommend medicinal cannabis. Currently about 490 doctors and 892 patients are currently registered with the Office of Medical Cannabis in Minnesota Reznikoff found that the majority of doctors wanted more clarity on qualifying conditions. Some also cited widespread opiod and painkiller abuse as reasons they were cautious to prescribe cannabis. The study found that lack of education and personal opinions on cannabis may also be to blame. There have been relatively few public forums or continuing medical education sessions where doctors can receive information about the program and the potential benefits of cannabis for some patients.

Complications are plaguing Prime Minister Justin Trudeau’s legalization efforts. Among the headaches is a concern that an attempt to legalize cannabis could compromise Canada’s international treaties. A briefing note recently prepared for Trudeau cited that he’ll have to explain to Canada’s allies and the global community how he intends to legalize cannabis while adhering to treaties' anti-drug terms. Federal legalization would force Canada to amend its participation in three international conventions:

Roberto Campa, Undersecretary of the Interior Ministry for Human Rights, announced that Mexico will hold its first national debate on legalization in Cancun on Jan. 26. A series of five debates are expected to help shape new legalization policies in the aftermath of last year’s Supreme Court ruling. The debates will examine the laws of 14 countries and three American states, as well as academic papers, research and articles on regulation, public health, public safety, consumers, therapeutic use, human rights, the prison system and economic development.

A leader in medical cannabis research, Israel is slated to begin carrying joints, edibles and oils in pharmacies, thanks to a proposal from Health Minister Yaakov Litzman. While medical cannabis has been legal in Israel since 2008, few prescribing physicians and limited access to medicine has created a bottleneck in the system. Beyond allowing pharmacies to carry cannabis, the plan would also remove a cap on licensed growers and qualify more physicians to prescribe cannabis.