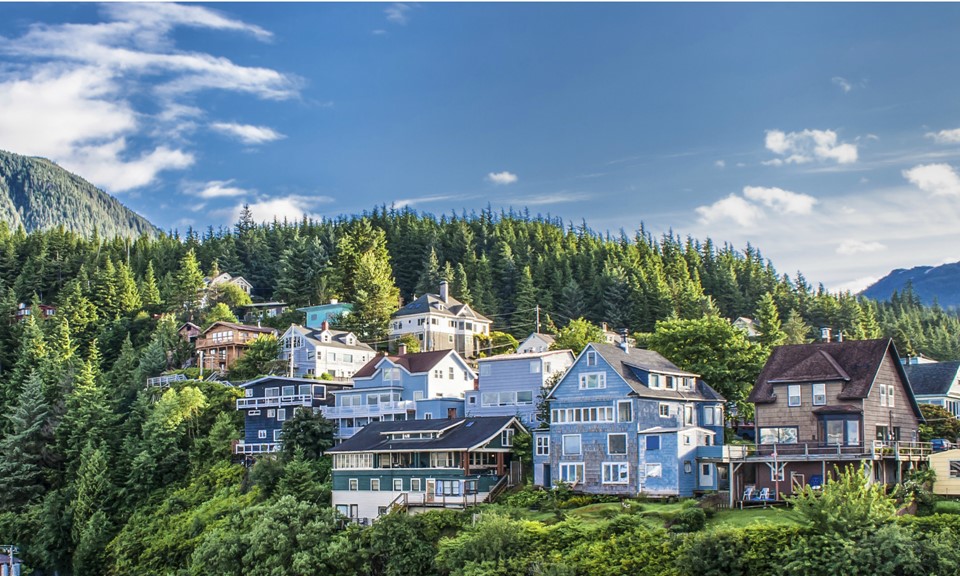 Here’s the latest new legalization legislation: Alaska just released retail cannabis regulations that will make it the only state to allow legal, on-site consumption in recreational shops. Michigan legalization is this close to earning a spot on the November ballot, Ohio tweaked the rules in its medical marijuana initiative in a big way, Oklahoma started gathering signatures for a medical cannabis push, and one Tennessee congressional candidate was caught with cannabis — and refuses to apologize.

The Alaska Marijuana Control Board has released draft regulations for cannabis consumption in the state’s soon-to-be-licensed retail cannabis shops. Customers will be able to purchase up to one gram of cannabis, edibles containing up to 10 mg of THC, and up to a quarter-gram of cannabis concentrates for on-site consumption. The regulations include stipulations that there be security, ventilation, and separation between the retail purchasing area and the area for consumption. The regulations also allow consumption of food and beverages not containing cannabis, which could open the door for cafes and eateries to join the cannabis industry (or vice versa).

The Marijuana Control Board began accepting applications on Feb. 24, with the intent to begin handing out licenses within 90 days. The latest target to begin issuing licenses is June 9, but the process may take more time in Anchorage, which requires special land-use permits and local licenses.

The group hoping for a legalization bid is facing a June 1 deadline to submit the 252,523 signatures needed to qualify for the November ballot. MILegalize has already gathered more than 300,000 signatures. They’re hoping to submit a total of 350,000 before the deadline. Extra signatures are crucial, as a portion of signatures in any petition drive are inevitably disqualified. Maine’s legalization efforts were nearly thwarted when more than 20,000 signatures were nixed due to a signature discrepancy. The next few weeks will be important for Michigan’s chances at full legalization. If you’d like to show your support, you can find the nearest MILegalize petition locations here.

A new tweak to Ohio’s medical marijuana bill would allow qualified patients to use cannabis from other states during the implementation process. The Senate Government Oversight and Reform Committee made several changes to House Bill 523 that would spur the timeline forward and encourage patient participation. The committee moved the program from the Department of Commerce to the state Pharmacy Board, which would begin licensing cultivators six months earlier than previously anticipated. Unfortunately, the bill still contains a clause that would allow employers to maintain drug-testing programs and fire workers who fail, even employees are registered under state law.

In an effort to avoid a monopoly (one of the complaints about the ResponsibleOhio amendment last election cycle), there is a requirement that minority businesses owners receive 15 percent of all cannabis business licenses. “It’s not an intent to have a monopoly,” said Sen. Dave Burke (R-Marysville), “but to have a market of equity and equal participation.”

Oklahomans for Health held a rally for medical marijuana support last week and are launching a petition drive to gather signatures. May 14 was the first day the group could begin collecting signatures to gain a spot on the November ballot. Oklahomans for Health will have 90 days to collect the needed 65,987 signatures for the initiative to make the cut. If you’d like to see medical cannabis come to Oklahoma, you can find petition locations here.

In the meantime, Gov. Mary Fallin signed a bill to expand the medically supervised use of cannabidiol for patients who experience epileptic seizures. The previous law allowed only children under 18 to access the medicine. The new law removes the age restriction.

East Tennessee Democrat Florence “Flo” Matheson is running for a seat in the 6th Congressional District, but she could face criminal charges after a cannabis growing operation was found in a barn on her property. Matheson maintains she was unaware of the growing operation and says the 180 plants belong to Stephen Harrington, a disabled veteran and tenant in her home. Matheson admitted to possessing two ounces of cannabis for personal medical use but refused to back down from her congressional bid, telling media that the incident would motivate her to “work even harder now” for decriminalization in Tennessee.

Premier Mike Baird announced that the state of New South Wales has submitted an application to grow medicinal marijuana under the new licensing infrastructure being put in place by the federal government. Trials are already under way in New South Wales, and the state is hoping to get one of the first licenses available for cultivation to ensure a steady supply for the trials. The trials are currently limited to individuals suffering from epilepsy, undergoing chemotherapy, or diagnosed with terminal illnesses. However, Baird recently revealed that the state government is considering expanding medical marijuana to non-terminal patients. Baird addressed attendees of the Medicinal Cannabis Symposium in Western Sydney by saying, “I can assure you with everything I have, and every resource in government, we are doing everything we can to move as quickly as we can.”

Vancouver just issued its first business license to a marijuana dispensary as the city begins the enforcement of municipal bylaws aimed at regulating cannabis businesses. The Wealth Shop was granted a license to operate in the Point Grey neighborhood, near the University of British Columbia. For-profit stores that are awarded a license must pay an annual licensing fee of $30,000 (or $1,000 if the shop operates as a non-profit “compassion club”). Since the bylaws have been enforced, 30 shops have closed and 139 have been issued tickets for remaining open without a license. Unfortunately, even storefronts operating within the bounds of the bylaws put themselves at risk by operating, as any cannabis sold in stores is technically illegal because it is produced through individual patient production licenses and not businesses.

Macedonian Health Minister Nikola Todorov announced that medical cannabis will soon be available in pharmacies. New amendments to the Law on Control of Drugs and Psychotropic Substances legalized the use and possession of cannabis products for patients suffering from serious illnesses, such as malignant diseases, multiple sclerosis, HIV, and childhood epilepsy. The Macedonian Health Ministry and the Agency for Medicinal Products and Medical Devices are planning to invite foreign experts to help train pharmacists and medical specialists on the safe and effective uses of cannabis. Medical cannabis products are expected to be available on the market by the end of May this year.