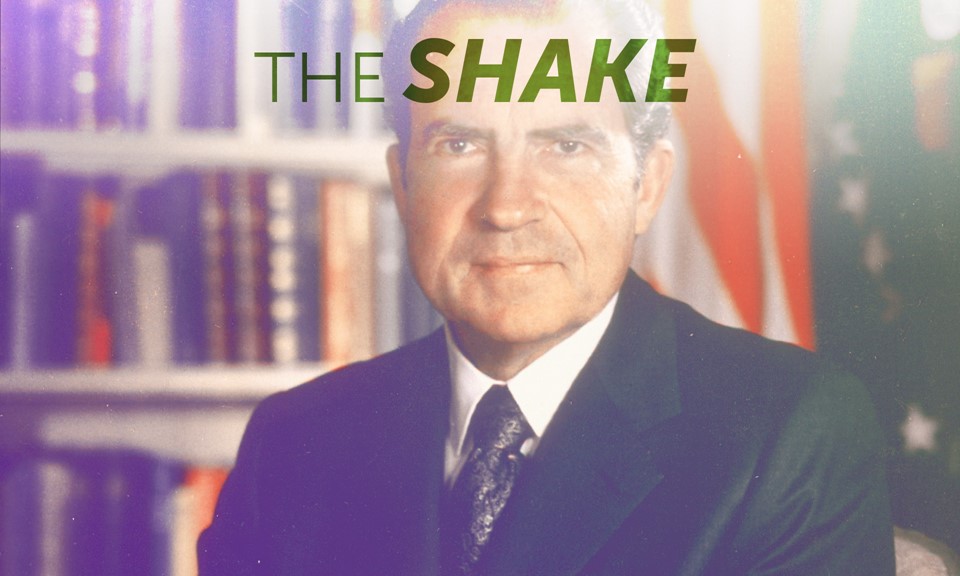 “Not a crook,” maybe, but definitely a racist and a liar. That’s right, we’re talking Tricky Dick Nixon. In the forthcoming issue of Harper’s, Dan Baum dives deep into the racism and political gamesmanship behind the Nixon administration’s war on drugs, that pesky movement that for decades has limited personal freedom, jailed millions of nonviolent offenders, and prevented scientific research into potentially lifesaving medicines. Baum quotes a Nixon policy advisor who acknowledges the drug war wasn’t an effort to keep citizens healthy and sober at all, but rather a ploy to suppress “the antiwar left and black people.” We all know politics can be ugly, but this is political scumbaggery that, Donald Trump notwithstanding, would be almost unfathomable today. It’s a reminder why efforts to address racial inequities in the industry aren’t just the right thing to do — they’re morally obligatory. The piece is long, but you should read the whole thing. If you’re busy and looking for a truncated version, try Julianne Escobedo Shepherd’s piece on Jezebel. Either way, get ready for bombs like this one from Nixon policy advisor John Ehrlichman:

“The Nixon campaign in 1968, and the Nixon White House after that, had two enemies: the antiwar left and black people. You understand what I’m saying? We knew we couldn’t make it illegal to be either against the war or black, but by getting the public to associate the hippies with marijuana and blacks with heroin, and then criminalizing both heavily, we could disrupt those communities. We could arrest their leaders, raid their homes, break up their meetings, and vilify them night after night on the evening news. Did we know we were lying about the drugs? Of course we did.”

Brookings Institution takes on “the medical marijuana MESS.” The nonpartisan think tank (we can argue whether it’s “left” or “center-left") published a lengthy piece on how the patchwork of medical cannabis laws across the U.S. is ultimately failing patients. Senior Brookings fellow John Hudak delves into the legal morass, profiling patients whose stories are “typical of the many people victimized by an unjust, arbitrary, and downright harmful system that hinders access to a clinically proven medical benefit.” (Members of Congress, do you ever actually read this stuff?) “It’s time,” Hudak concludes, “for government to transform medical marijuana policy into a system that is rational, functional, consistent, and informed by science — not politics.” What a novel idea.

What if we could replicate natural cannabinoids in a lab? THC can be produced from yeast. That we already knew. But Alan Brochstein over at New Cannabis Ventures thinks that’s only the beginning. Biosynthesis, he writes, has the potential to radically change the cannabis industry by allowing scientists to produce terpenes “at potentially a fraction of the cost” of growing actual plants. The technology is still in its infancy, so don't hold your breath, but with all the talk of terpenes from the medical industry and even recreational market extract artists, expect to hear more soon.

California city can’t help defend dispensary against feds, U.S. Supreme Court says. Federal authorities back in 2012 sued in an effort to seize property from Harborside Health Center, a massive dispensary in Oakland, Calif. Since then the case has stalled while federal judges decide whether to let the city come to the shop’s defense. Officials say Oakland would lose millions if the dispensary were to shut down, but this week Supreme Court justices denied the city a chance to make that argument in court. That's bad for Harborside, but it's even worse for cities who want a say in such things. The latest ruling on the merits of the case allows Harborside to remain open for now, but that could be overturned on appeal.

Washington state issues emergency recall rules. There’s no official recall yet, but the rules, released earlier today, are already causing a lot of buzz in the industry. One big reason: We’re still waiting to see how, or whether, the Washington State Liquor and Cannabis Board (LCB) will deal with disclosures that pesticide-laden products are being sold on store shelves. The emergency rules, available on the LCB website, weren’t exactly well publicized; they were tucked under a laundry list of far less urgent proposed rules the agency is still considering, in an email titled “Board Revises Draft Marijuana Rules Following Public Comment Period.” We’ll keep you posted on any potential recalls as well as whatever the LCB means by saying recalls might happen for “aesthetic reasons.” (Your guess is as good as mine.)