Taking CBD Vapes to the Next Level with Hempods 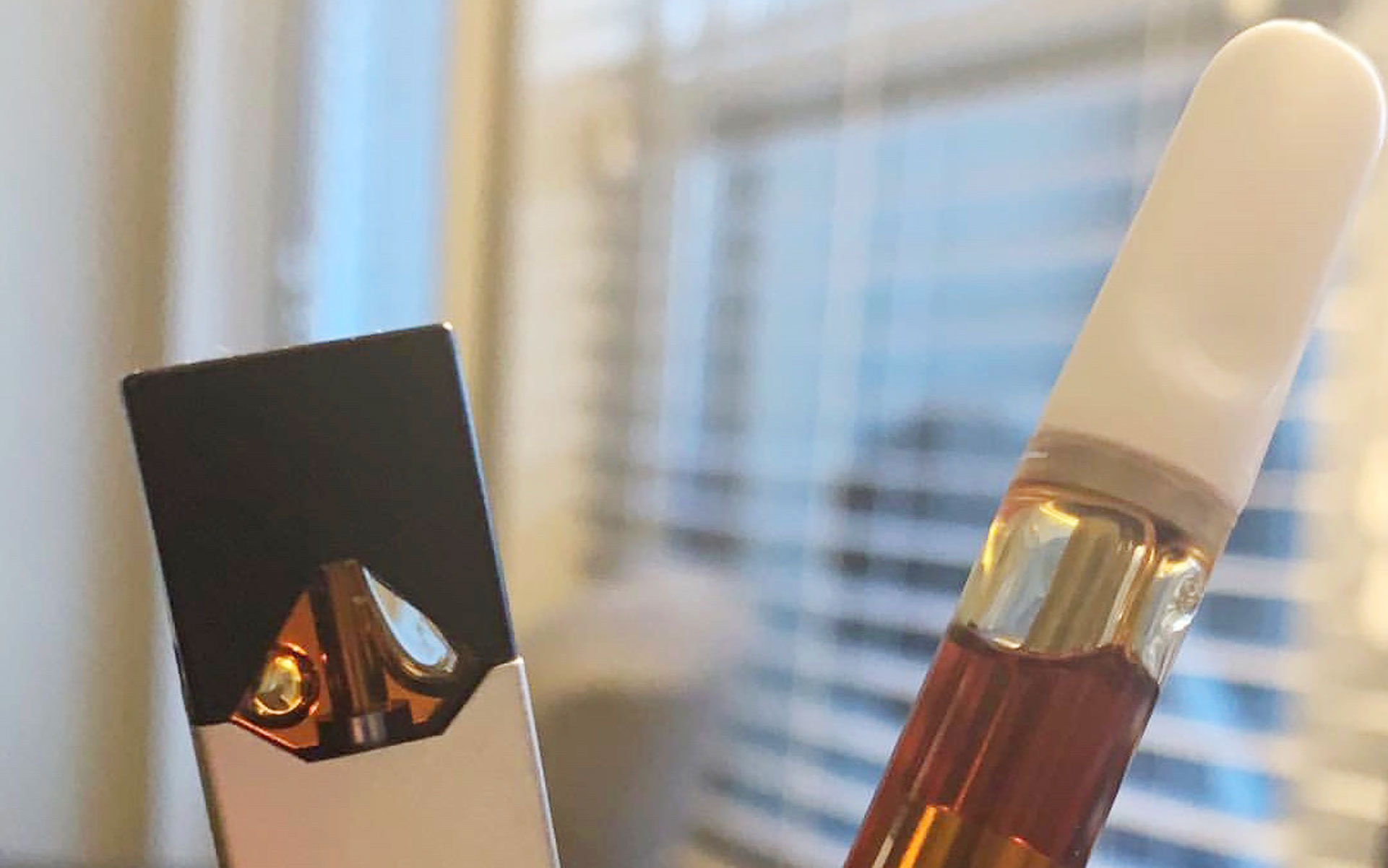 In the rapidly evolving CBD industry, plenty of companies have less than traditional origins. But the birth of CBD vape provider Hempods on a Juul subreddit may very well take the cake.  Co-founder Adam O’Reilly had modified the popular tobacco vape, turning it into a CBD device using CBD distillate he’d ordered.

“Someone posted something about how they made a THC Juul pod and that was a first-of-its-kind moment,” said O’Reilly. “Seeing all the attention it got made me realize people might also be interested in the CBD one that I had made.’”

A few hundred upvotes later, O’Reilly found himself featured in VICE, and Hempods swiftly transformed from a quirky idea to a small business. But as O’Reilly and co-founder Nicholas Berg started shipping CBD pods, the limits of cannabis-derived oil in a device made for e-juice became rapidly apparent. The Hempods team knew they needed a better way to move forward, and fast. 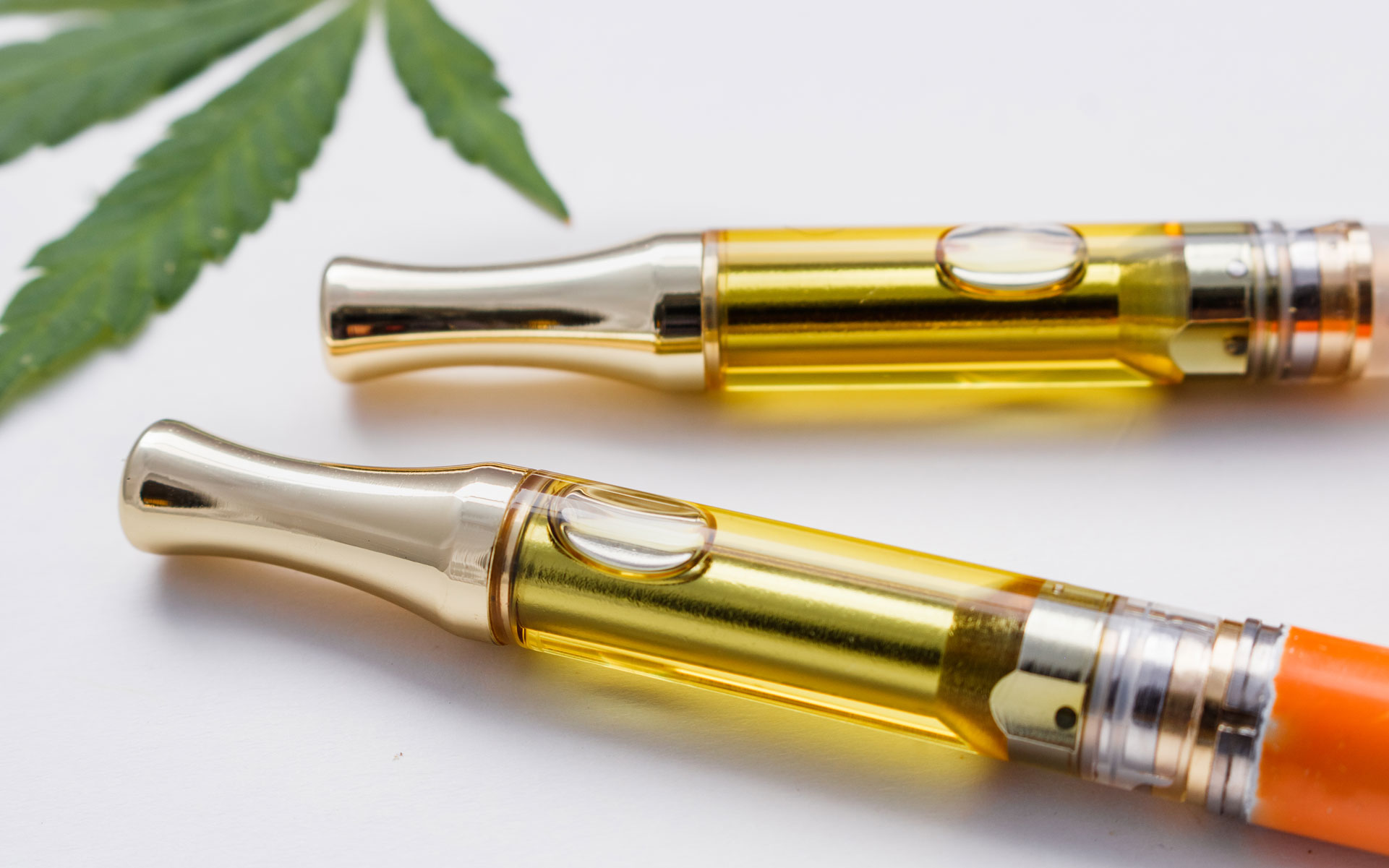 They found their way ahead with an Oregon-based company providing higher quality, broad-spectrum CBD distillate. The new connect allowed Hempods to create an oil-based product with an exciting bonus.

“We’re employing the type of CBD distillate we like to use and would like to see more of in the market,” said O’Reilly. “In addition to CBD, it’s got high levels of minor cannabinoids like CBN, CBG, and CBC. From a delivery perspective, we’re also moving away from the pods we started with and towards 510-threaded carts that are more accessible to customers.”

This broad-spectrum product is meant to more closely mimic the full plant effects of cannabis, minus the THC. To get even closer, Hempods CBD vape cartridges  also contain terpenes derived from actual cannabis strains like Blue Dream, Sour Diesel, and  9 Pound Hammer.

“We’re testing a couple more strains at the moment, but we knew that we wanted to start with strain profiles associated with relaxation, because the broad-spectrum oil has high levels of CBN,” said O’Reilly. Supplementing CBD with CBN’s noted sedative effects and terpene profiles associated with downtime, said O’Reilly, will “hopefully help some people sleep and relax.”

The high concentrations of minor cannabinoids Hempods emphasizes are confirmed by third party lab tests the company publishes on their site. Delivering that data to customers is something that the company’s founders believe can make Hempods stand out in an increasingly saturated market for CBD vape carts and pods.

“We understand how important it is for companies to make lab results easily available to consumers, because this industry is unregulated in a lot of ways,” says Berg. “These tests are there to educate and protect our consumers and ensure that when people buy a CBD vape cart from us, they know exactly what they’re getting.” 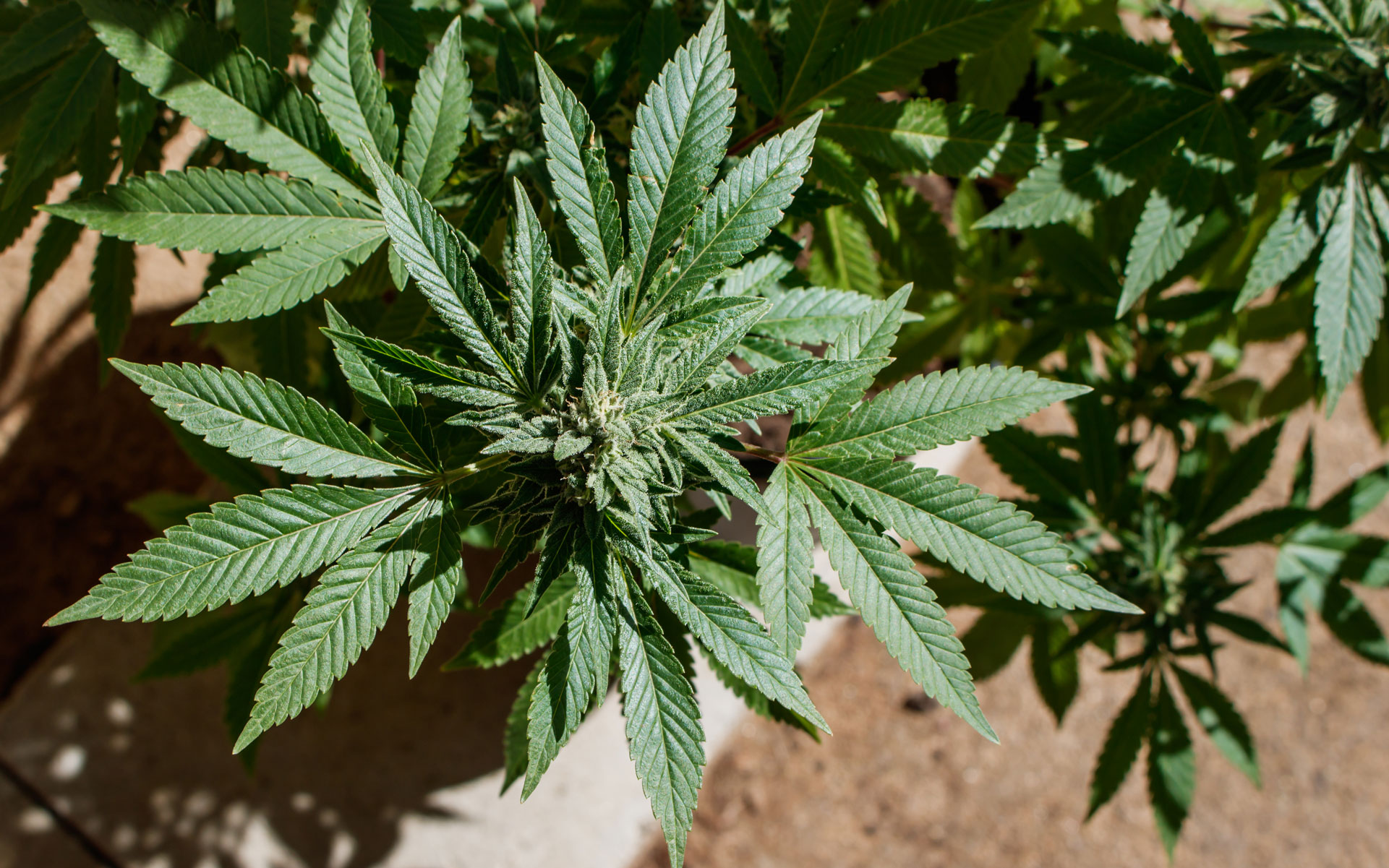 Choose Your Own Adventure

As Hempods expands their business and refines their offerings, they’ve also outgrown the pods they started with, instead delivering CBD oil to customers in 510-threaded carts that are compatible with a wide variety of vape batteries. Customers with a favorite refillable vaping solution needn’t worry, though—that same oil will still be available in a syringe that can fill other carts.

“We want to offer the same high-quality extracts that go into our 510 carts to people without those devices,” said Berg. “Whether they are filling their own carts or using it in a dab rig, it’s important to us to help the broadest swath of people possible access quality CBD oil.”

That is, after all, why O’Reilly and Berg got into the business. “It means a lot to us to be able to ship CBD oil cartridges to all 50 states, and we’re thrilled with the level of relief we’re able to provide people without THC,” says O’Reilly.

Given their roots in the reddit community, it’s no surprise that as Hempods grows, the company has made listening to feedback from customers and other consumers a priority. Input from customers has been, and continues to be, a key factor shaping the company’s future, including their decision to move to a broad-spectrum oil.

“Looking at our reviews and listening to the insights and needs of our customers, we knew they were looking for more relief from our CBD oil,” said O’Reilly. “And we knew from personal experience that we weren’t going to be able to provide that with just a CBD isolate. There’s a plateau you’re going to hit.”

It was that sort of feedback that drove the Hempods team to look for a new and impoved CBD oil for their customers—and themselves. “Adam and I both use these products, every single one of them, religiously,” said Berg. “And we would never release a product that we didn’t want to use,” added O’Reilly. 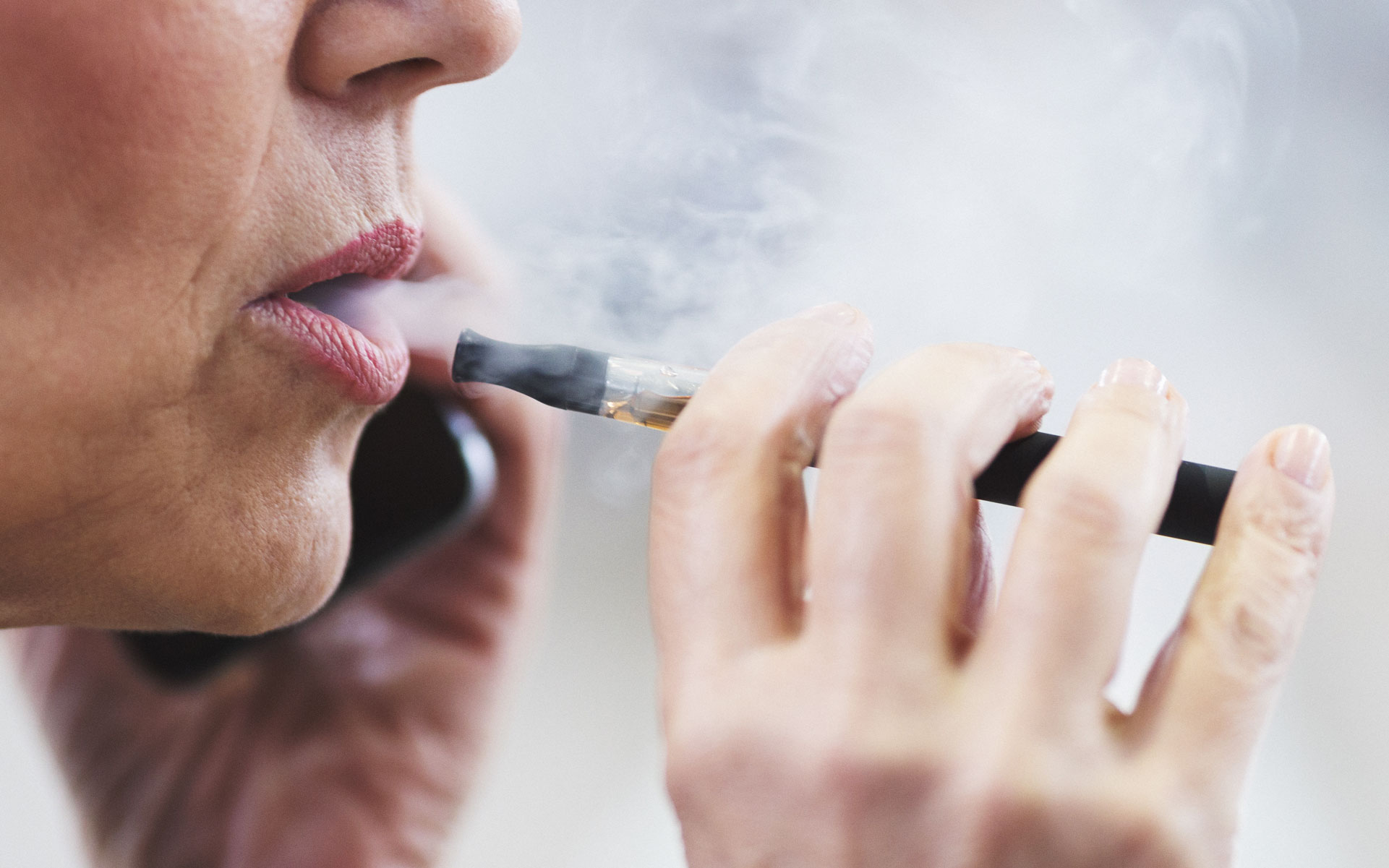 Vape pens are an easy way to consume CBD. (danchooalex/iStock)

Preparing for the Future

Berg and O’Reilly expect less well understood cannabinoids like CBN and CBG to get a lot more fanfare moving forward.

“Obviously the country is CBD, CBD, CBD right now, but most people don’t understand that there’s hundreds of minor cannabinoids to have all kinds of effects,” says Berg.

“People are already growing flower that has higher levels of minor cannabinoids,” said O’Reilly. “I think 2019 is going to be a big year for high CBG strains in particular.”

That’s not the only trend they expect to shape the industry in the coming years, though. Hempods is betting that cannabis oil pods are here to stay—but think the best offering on that front is one they can make themselves.

“There’s something about having a pod device that’s just a little bit more user friendly, and our long-term goal is to build something that’s as portable and simple as possible,” said O’Reilly. “Something that is there with users whenever they need it and has the right blend of cannabinoids for them.” 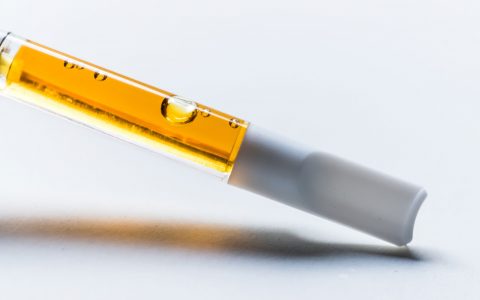 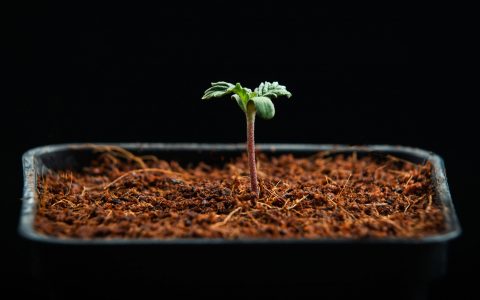 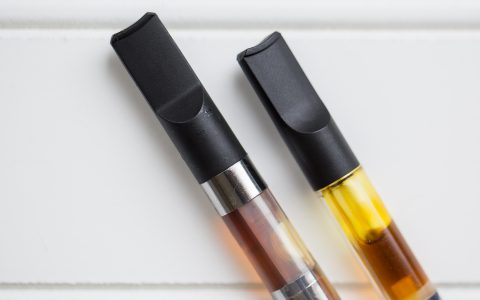