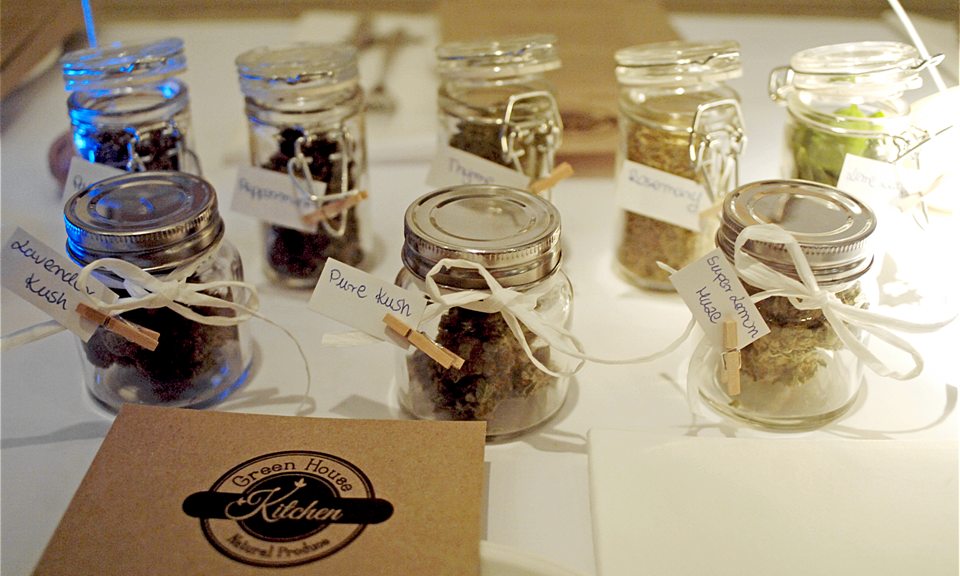 A new restaurant concept in Amsterdam proves the Dutch can still innovate when it comes to cannabis. Recently I paid a visit to The Green House Kitchen, where every table contains a top range vaporizer and you're free to vape cannabis and other herbs while you eat.

The Green House Kitchen is located on Haarlemmerstraat, within walking distance of Amsterdam's central station. The street has been a hot spot for cannabis coffeeshops for decades and these days it looks more attractive than ever, with lots of small specialty stores, bars, and restaurants. The name "Green House Kitchen" and the presence of a Green House coffeeshop right next door are no coincidence: the canna-friendly restaurant is run by Celester Roskam. Celester is the daughter of Arjen Roskam, self-appointed "King of Cannabis" and founder of Green House coffeeshops and seed company and the popular "Strain Hunters" series.

The Green House Kitchen looks wonderful, the interior balanced between cozy and stylish. On every table there's a VapirRise 2.0 vaporizer and a wooden board with porcelain bowls containing different herbs. The name tags indicate the recommended temperature range for vaporizing. Hops—the aromatic sister of cannabis–should be vaporized at a temperature between 175 and 200 degrees Celsius, peppermint at 125 to 165. Other available herbs include chamomile, passion flower, lemon leaves, and rosemary. 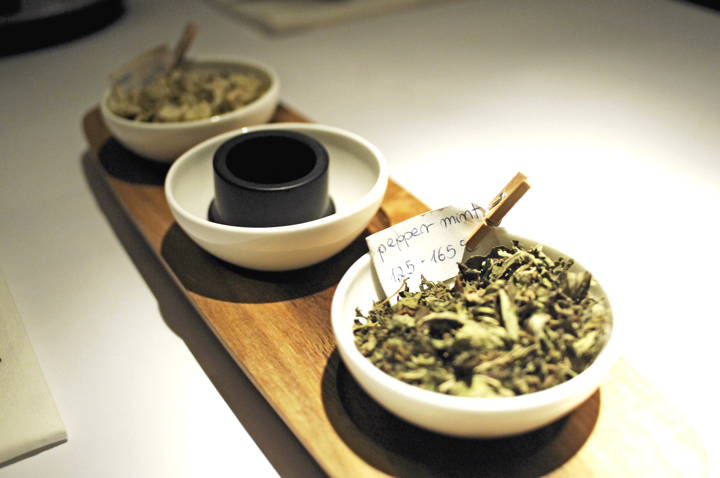 I first visited The Green House Kitchen a few weeks after it opened, in the company of fellow journalists and cannabis connoisseurs. Our extra-long table also contained little glass jars with three cannabis strains: Super Lemon Haze, Pure Kush, and Lavender Kush. But this was just for the occasion: the Green House Kitchen is not allowed to sell any cannabis to its clientele. Not a real problem, since the Green House coffeeshop is right next door.

All adult customers are allowed to vaporize cannabis at the restaurant. The Dutch law that bans smoking in public places only concerns tobacco and the possession of cannabis by adults is one hundred percent legal (unlike in most European countries). Nevertheless, it was a new experience for me to vape copious amounts of primo herb while families with young children were having dinner two tables down from ours. 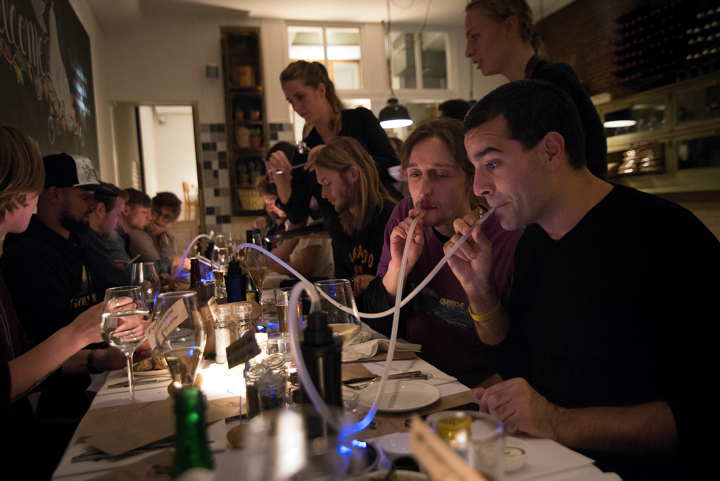 Vaporizing itself is still a rare phenomenon in the Dutch cannabis scene: the vast majority of consumers still favor the old tobacco and cannabis mix joint rolled in the classic Europe cone shape. The Green House Kitchen is doing its bit to popularize the healthy alternative, working together with Vaposhop, the company providing the vaporizers. It's clear that the Roskam family wanted to maintain the quality standards that have brought the Green House coffeeshops and seed company their huge success.

As for the menu, all food is organic and there are options for vegetarians, vegans, and patrons on a gluten-free, raw, or paleo diet. The courses would have tasted good even without the appetite-stimulating vapors we enjoyed before and during the meal. The food was exquisite and looked marvelous too: munchies taken to the next level. 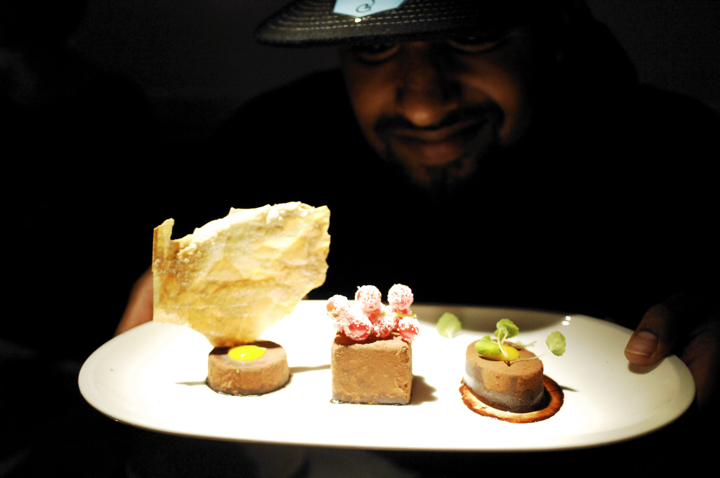 For me the real eye-opener was mixing cannabis with herbs and leafs like peppermint and rosemary in the vaporizer. It certainly added to the atmosphere, with people recommending combinations to each other, passing vaporizers and generally having a splendid time. One of the journalists present later wrote:

“I believe this concept is a solid attempt at changing the way not only we, but also the mainstream looks at cannabis consumption. The whole experience felt like something from the 21st century, whereas coffeeshops are a thing of the 20th century and thus (perhaps) the past.”

Maybe that’s going too far. Perhaps because I've been smoking "European style" joints for over 25 years. Or maybe because I love coffeeshops. But I do agree with sociology professor Egbert Tellegen, who has called the cannabis coffeeshop "the most important Dutch social innovation of the last fifty years." 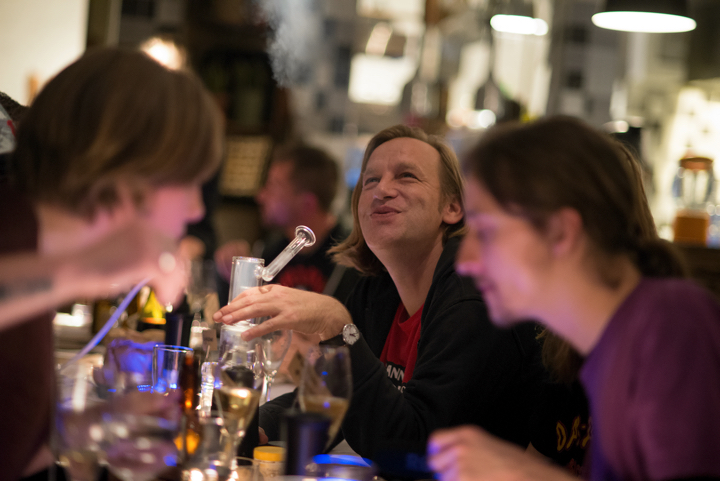 The Vape & Dine concept, like vaporizing in general, is a welcome addition to the range of ways to benefit from the plant. From a political perspective, innovative and well run places like The Green House Kitchen help to improve the public image of cannabis. Something that's urgently needed, unfortunately. The Netherlands, once the proud front-runner in progressive cannabis policy, has seen an unprecedented wave of repression and bad press around cannabis since the turn of the century.

Despite the Dutch government’s repressive measures stifling the cannabis industry and generating negative media attention, progress is afoot. It's so good to see a place like The Green House Kitchen breaking new ground in Amsterdam. Sure, things are tough, but the Dutch won't give up their cannabis culture. They will continue to innovate, like they always have. 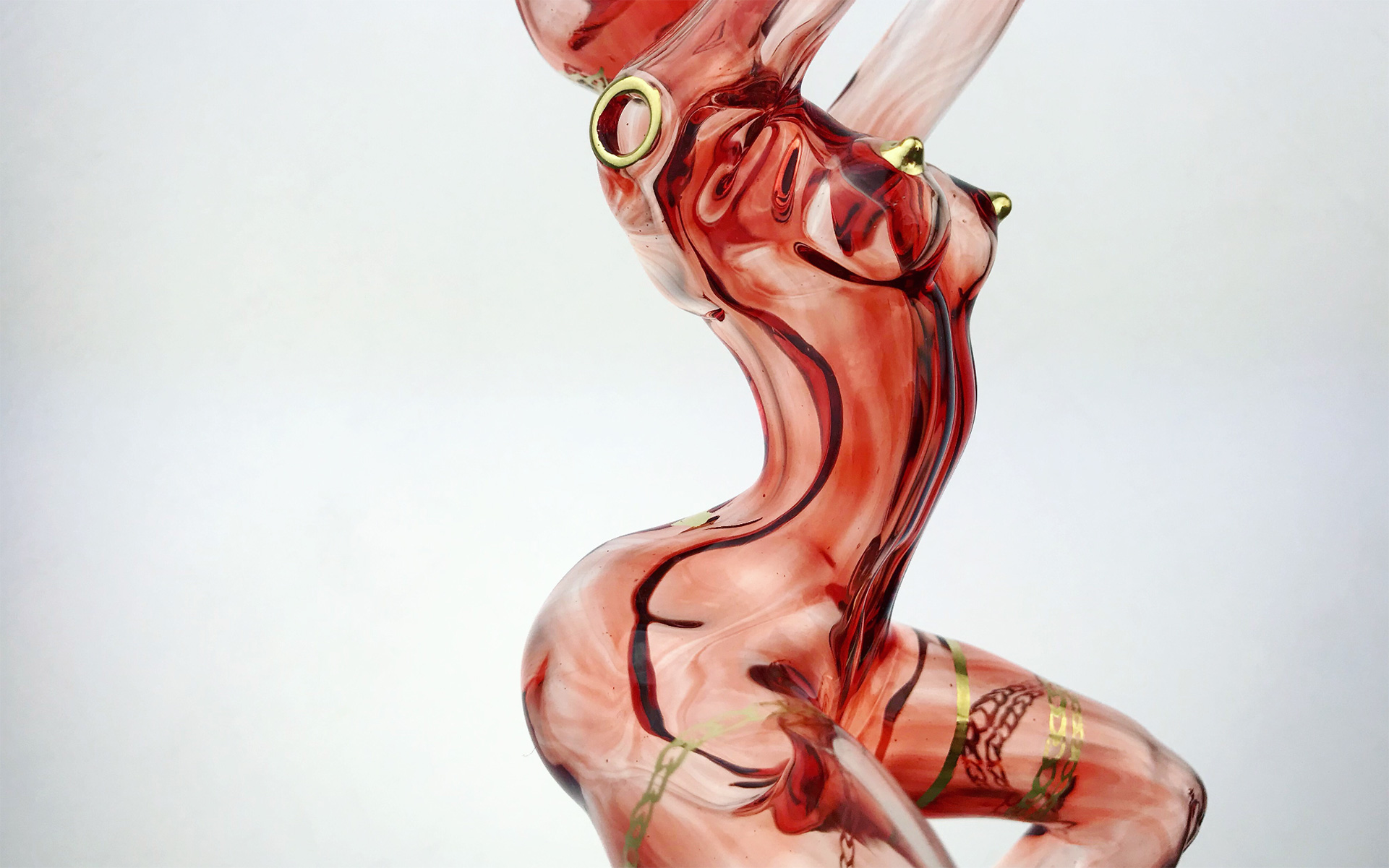 In Photos: Feminine Pipes So Gorgeous, You’ll Hesitate to Smoke Them 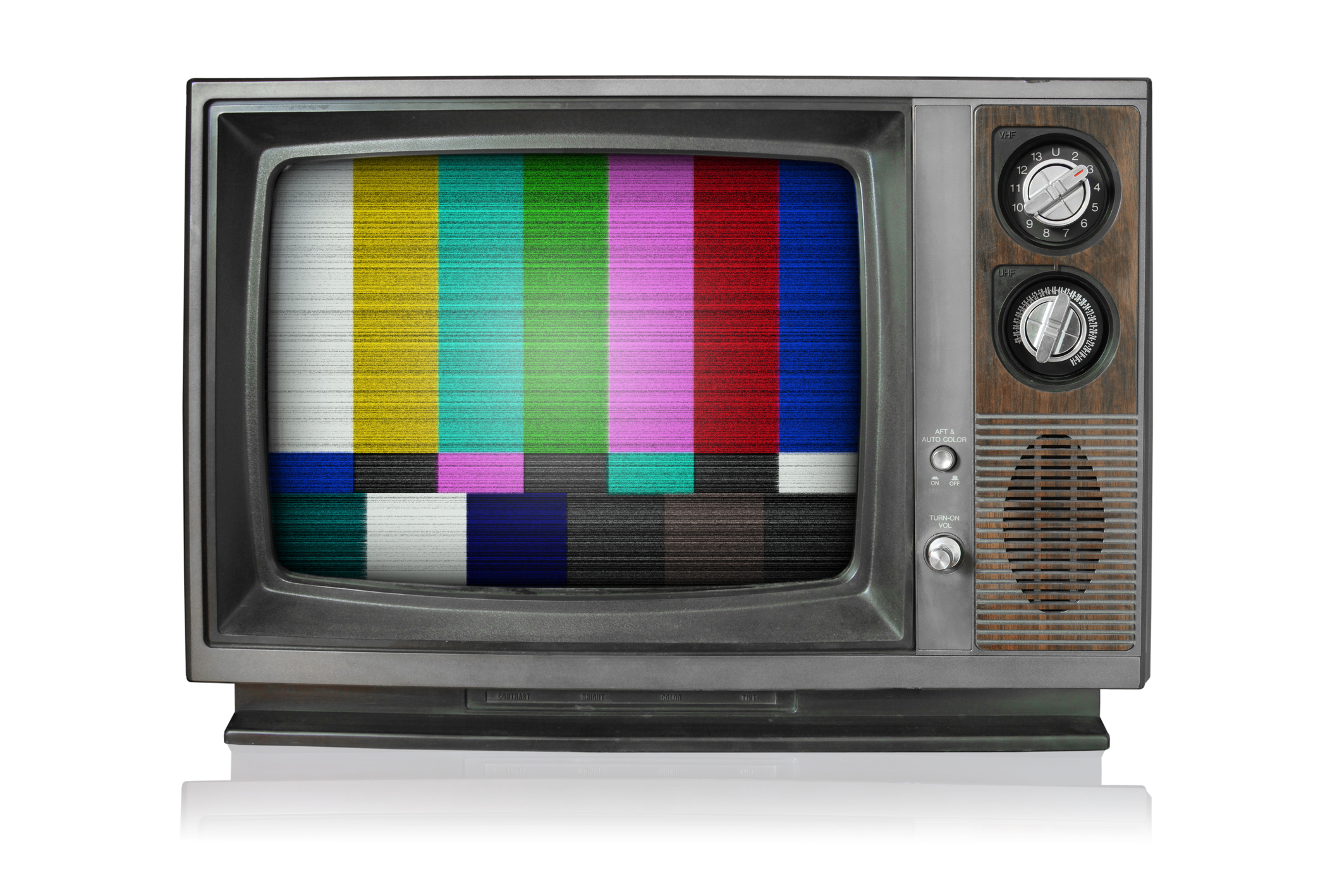 6 Menacing Anti-Cannabis PSAs That Only Canadians Will Remember 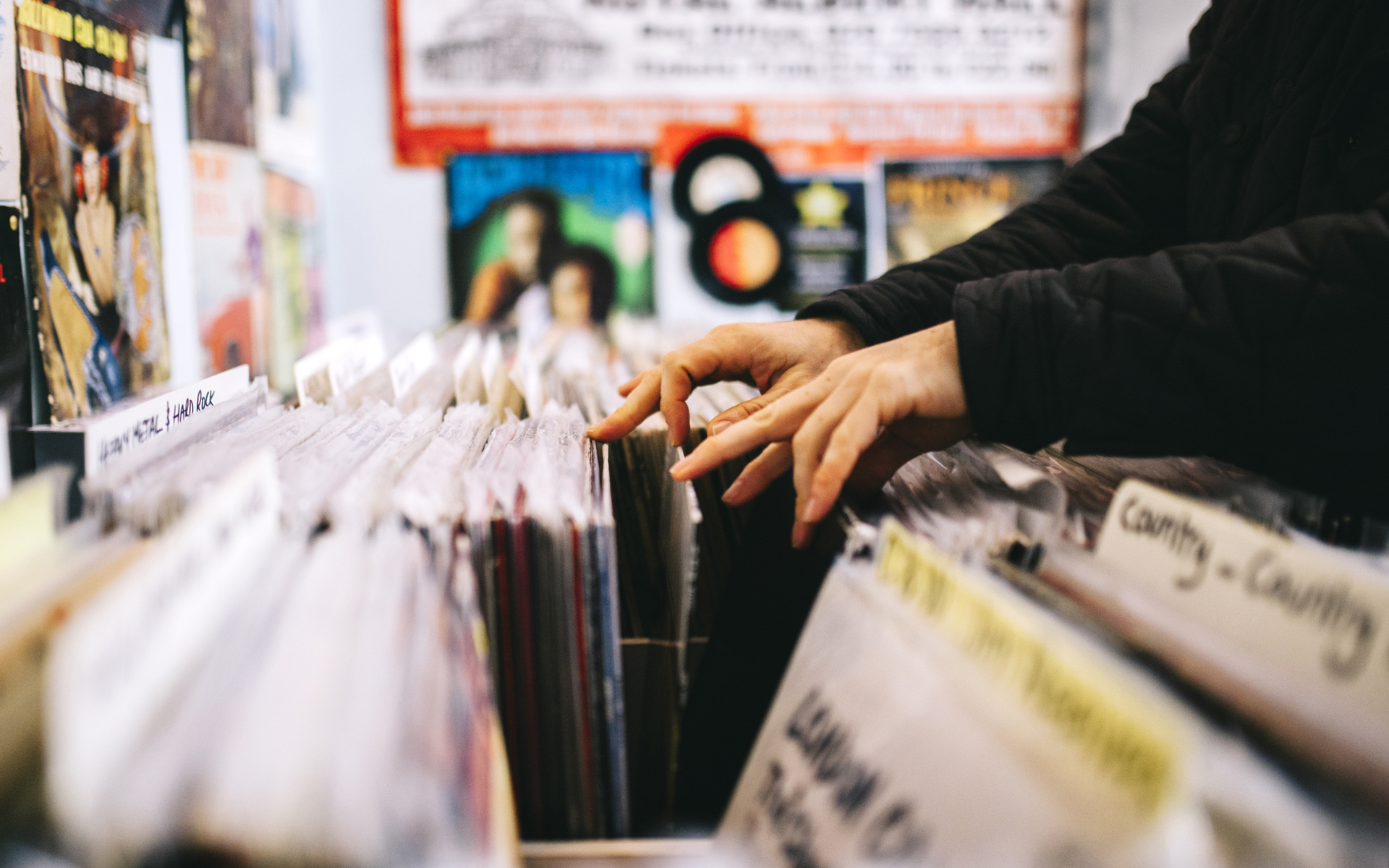