The Shake: Chong Gets Burned by Bernie Campaign, Canada to See Same-Day Delivery 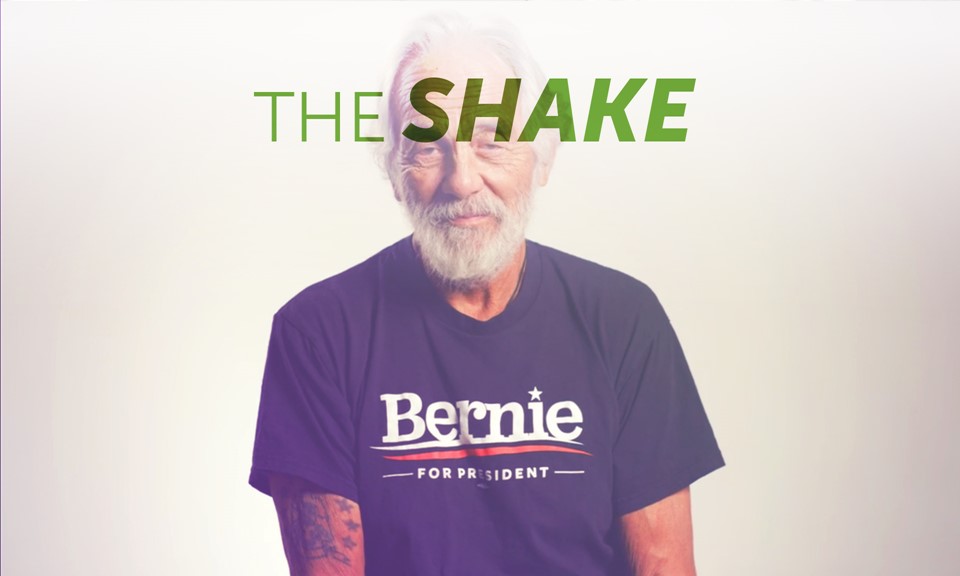 Tommy Chong stood up by Sanders campaign. Hours before a rally in East Los Angeles yesterday, the Bernie Sanders campaign reportedly uninvited Tommy Chong as the event’s introductory speaker. “They don’t want to endorse what I stand for and what I’ve stood for all my professional career,” the comedian told The Hollywood Reporter. (Chong turns 78 today. Happy birthday, brother.)

Ready for the Keurig of cannabis? Set to debut early next year, CannaKorp’s single-use cannabis “pods” promise to offer all the convenience and environmental headaches of the original K-Cup. (Folks over at The Influence wonder whether the launch is a sign that legal cannabis is getting “depressingly square.”)

GOP congressman in California admits to using cannabis. U.S. Rep. Dana Rohrabacher said he was given a cannabis-infused treatment for his arthritis — an admission that could make him the first sitting member of Congress to acknowledge using cannabis while in office, Tom Angell reports. Rohrabacher made the mention, first reported by Russ Belville, at a kick-off event for NORML lobbying push. “Now, don’t tell anybody I broke the law,” the congressman said. “They’ll bust down my door and, you know, and take whatever’s inside and use it for evidence against me.”

Should you brush your teeth with bud? Elite Daily’s latest lifehack is all about brushing with medicated coconut oil. Why? It doesn’t say. But here’s the recipe, prepared sous vide!

Canada to see same-day cannabis delivery. By law, patients have to get their medicine by mail, which can sometimes take a while. Aurora Cannabis wants to change that by offering same-day delivery in some markets.

New York’s police chief makes “dubious” cannabis claims. NYPD Chief Bill Bratton said on a local radio show that “the violence we see associated with drugs, the vast majority of it, is around marijuana.” Talking heads are trying to make sense of the claim, which doesn’t jibe with research around cannabis and violence. The Marijuana Policy Project’s Morgan Fox called the statement “extremely dubious” and says that if there’s any truth to it, it should be an argument for legalization, not against it.

Denver police issue 18 tickets for public consumption at rescheduled 420 Rally. That’s less than a third of the 60 they gave out on April 20, and far fewer than the 150 citations issued at last year’s two-day rally. Cops this year also wrote two tickets for flying drones in a public park.

Legalization could bring New Jersey $300M in tax revenue. That’s according to advocacy groups New Jersey United for Marijuana and New Jersey Policy Perspective. There’s a legalization bill before the Legislature, but Gov. Chris Christie has said he’ll never sign it into law. “I don’t care about the tax money that may come from it,” he said in 2014.

Cannabis crowdfunding is finally here. New rules at the U.S. Securities and Exchange Commission took effect yesterday, opening the floodgates for small-scale investment in cannabis ventures. The new rules allow companies to collect up to $1 million dollars per year in amounts as small as $2,000. Vince Sliwoski at Canna Law Blog has a brief explainer, and his firm’s putting on a webinar tomorrow ($40-65).

Going to the Cannabis Business Summit in Oakland next month? Consider hobnobbing with the cannabis movement’s future leaders by dropping in a night of drinks and dancing with Students for Sensible Drug Policy. You can RSVP on Facebook.

Correction: An earlier version of The Shake misspelled the name of CannaKorp Inc.