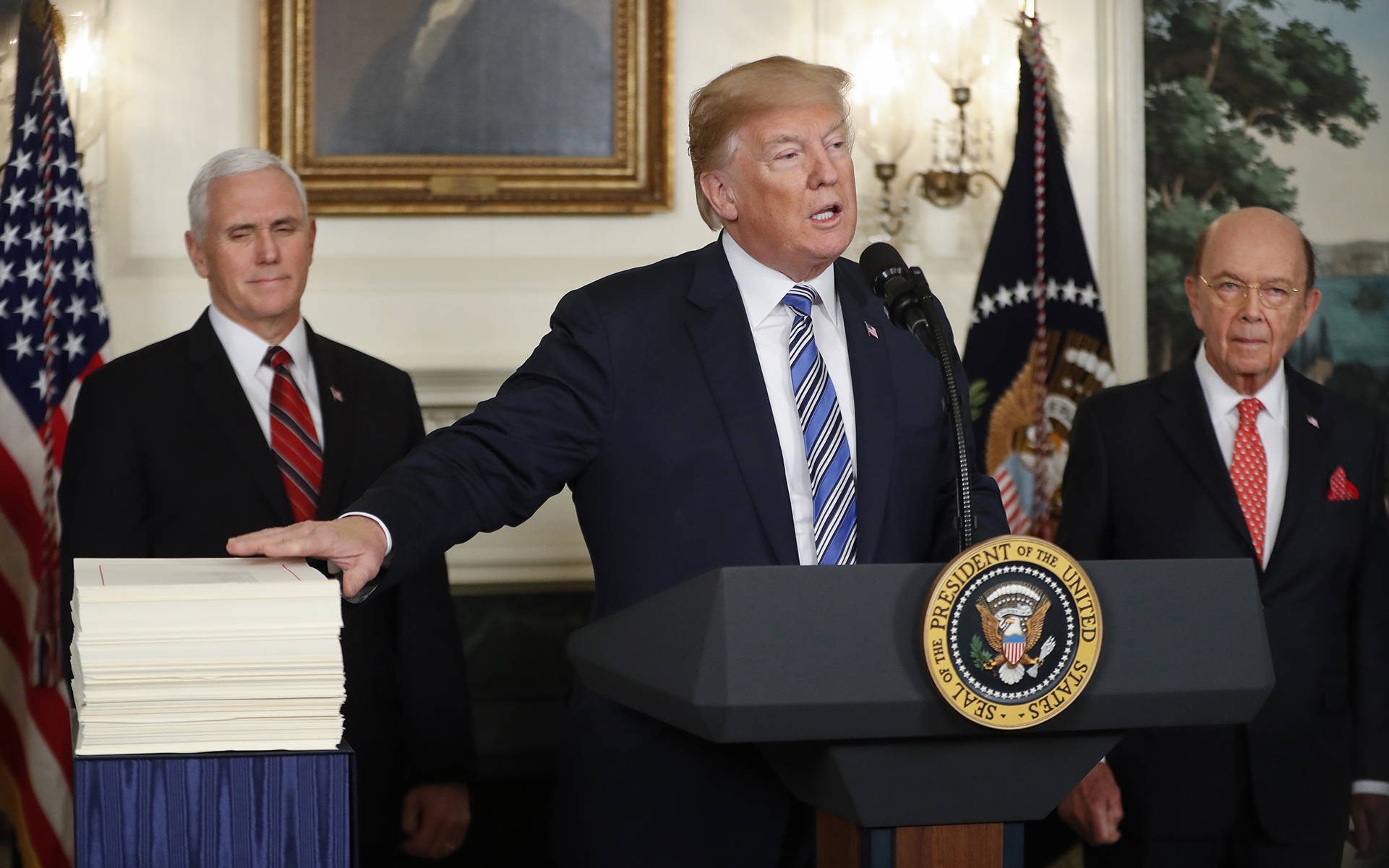 The bill’s passage will allow millions of medical cannabis patients and providers to breathe easier.

Yesterday the president said he was considering a veto, because the bill does not contain full funding for a border wall with Mexico and does not address some 800,000 “Dreamer” immigrants who are now protected from deportation under a program that he has moved to eliminate. He said he signed it in order to provide needed money for the military.

On Friday morning, Trump cast further doubt on whether he would back the massive spending bill. Then, adding to the drama, he scheduled a news conference. Telegraphing the outcome, an internal White House television feed advertised the event this way: “President Trump Participates in a Bill Signing.”

The bill’s passage and presidential signature will allow millions of medical cannabis patients and providers to breathe easier, knowing that the Rohrabacher-Blumenauer provision is in effect. That bipartisan provision, championed by Rep. Dana Rohrabacher (R-CA) and Rep. Earl Blumenauer (D-OR), ensures that federal funds cannot be used to prevent states from “implementing their own state laws that authorize the use, distribution, possession or cultivation of medical marijuana.” The provision covers the 30 states that have legalized the medical use of cannabis. The rule affects agencies that include the Drug Enforcement Administration and local US attorneys’ offices, which all operate under the DOJ.

Those budget provisions have been in effect since 2014. Because the provision is a budgetary amendment, and not a standalone law, it must be explicitly re-authorized by Congress as part of either a continuing resolution or a new fiscal year appropriations bill in order to maintain in effect.

Sessions Failed to Kill the Amendment

Last year, Attorney General Jeff Sessions wrote a letter to Congressional leaders asking them to remove the provision. “I believe it would be unwise for Congress to restrict the discretion of the Department to fund particular prosecutions,” he wrote, “particularly in the midst of a historic drug epidemic and potentially long-term uptick in violent crime.”

Consequently, Rep. Pete Sessions (R-TX, no relation) prevented the Rohrabacher-Blumenauer provision from moving forward out of the House Rules Committee, which Sessions chairs. Fortunately for MMJ patients, Sen. Patrick Leahy (D-VT) introduced the same provision into the Senate version of the spending bill, and the language survived the long negotiations to arrive at a compromise bill.

The House easily approved the spending package Thursday, 256-167, a bipartisan tally that underscored the popularity of the compromise, which funds the government through September. It beefs up military and domestic programs, delivering federal funds to every corner of the country.

This was the fifth, and last, stopgap spending measure passed by Congress this fiscal year.

But action stalled in the Senate, as conservatives ran the clock in protest. Once the opponents relented, the Senate began voting, clearing the package by a 65-32 vote.

“Shame, shame. A pox on both Houses – and parties,” tweeted Sen. Rand Paul, (R-KY), who spent the afternoon tweeting details found in the 2,200-page bill that was released the night before. “No one has read it. Congress is broken.”

The omnibus spending bill was supposed to be an antidote to the stopgap measures Congress has been forced to pass – five in this fiscal year alone – to keep government temporarily running amid partisan fiscal disputes.

White House legislative director Marc Short framed it as a compromise. “I can’t sit here and tell you and your viewers that we love everything in the bill,” he said on Fox. “But we think that we got many of our priorities funded.

“We are very pleased to see that neither Congress nor the White House bent to the will of Attorney General Jeff Sessions when it comes to his anti-marijuana crusade,” said Justin Strekal, political director of NORML. “There are thirty states that have authorized the use of medicinal cannabis, serving over two million patients nationwide who rely on these programs. At a time when the majority of states now regulate marijuana use, and over six out of ten voters endorse outright legalizing the plant’s use by adults, it makes no sense from a political, fiscal, or cultural perspective to allow Sessions to attempt put this genie back in the bottle.”

“Patients across the country will be relieved to hear that Congress has maintained the current policy of allowing states to make their own decisions on medical marijuana policy,” added Matthew Schweich, executive director for the Marijuana Policy Project.

Rep. Earl Blumenauer, co-chair of the Congressional Cannabis Caucus, said in a statement:

“While I’m glad that our medical marijuana protections are included, there is nothing to celebrate since Congress only maintained the status quo. These protections have been law since 2014. This matter should be settled once and for all. Poll after poll shows that the majority of Americans, across every party, strongly favor the right to use medical marijuana.

“Instead, Attorney General Jeff Sessions is doubling down on the failed War on Drugs and Republican leadership in Congress—led by Chairman Pete Sessions—is stonewalling. They’re ignoring the will of the American people by blocking protections for state adult-use laws and cannabis banking. They even refused our veterans access to lifesaving medicine. Republican leadership is hopelessly out of touch, and they should be held accountable. I will not rest until Congress gets this right.”

With the onset of adult-use legalization in nine states, and with state regulation under attack from Jeff Sessions, a number of Congress members have discussed widening the Rohrabacher-Blumenauer provisions to include both medical and adult-use cannabis. The idea didn’t get very far this time around, and cannabis advocates had to pull back to defend the already-won protections around medical use. The debate will continue later this fall, when another fiscal year kicks in and America goes to the polls for midterm elections that will determine which party controls the House and the Senate.