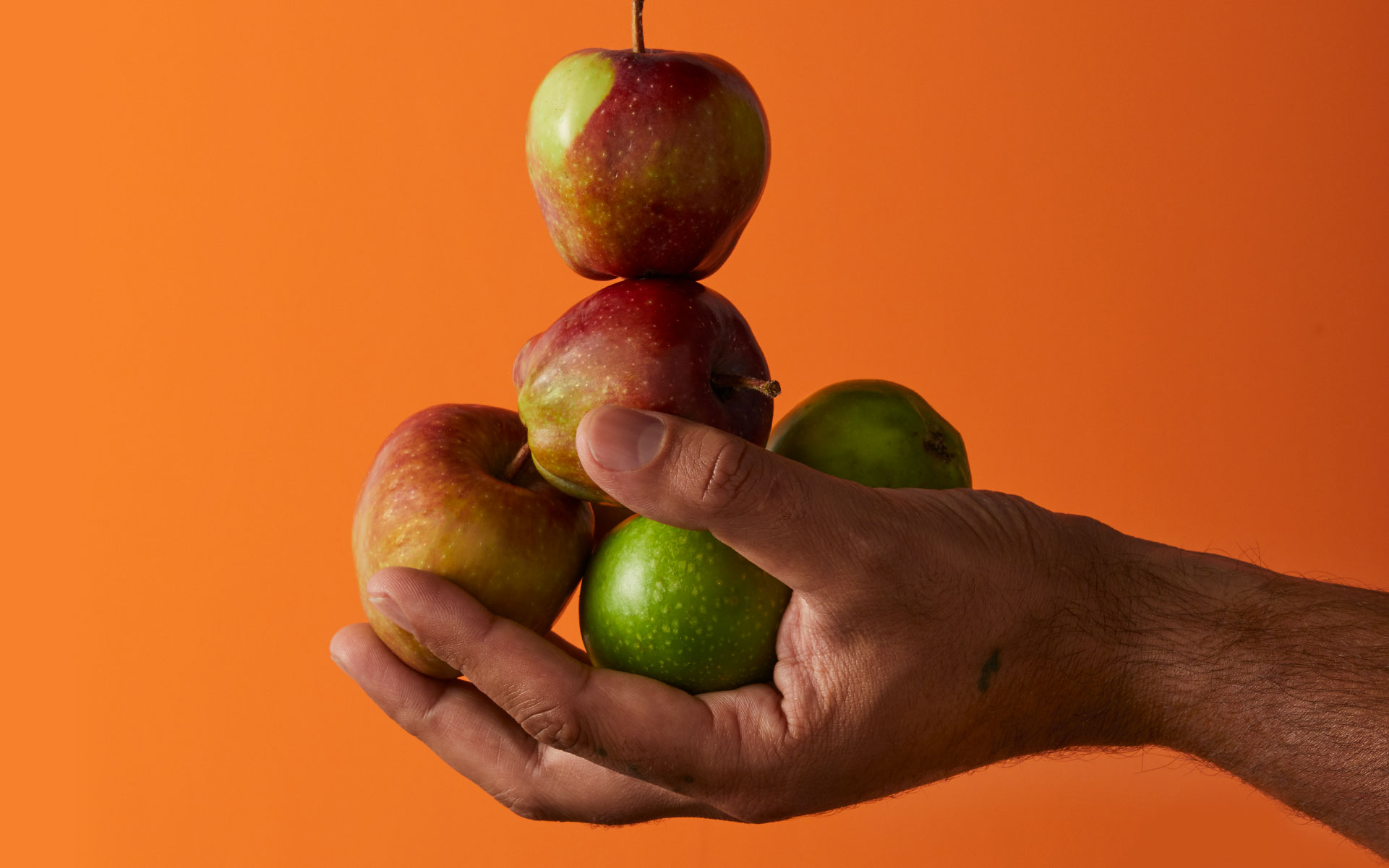 Terpinolene is found in lilacs, nutmeg, cumin, and apples.
The cannabis plant is an impressive alchemist, capable of producing hundreds of cannabinoids and terpenes. Some, such as THC and CBD, are widely known outside the cannabis community. Others, including terpenes like the woodsy pinene and the citrusy limonene, are just entering the mainstream cannabis lexicon, helping consumers understand what gives cannabis its distinctive taste and smell.
Related

Terpinolene, meanwhile, is a lurker. It’s found in plenty of cannabis strains, but it’s usually present only in small amounts. It may, in fact, be the least-common common terpene—often among a strain’s cast of characters, but rarely in a leading role.

That’s not to say it’s unimportant. Terpinolene plays a key role in defining the taste and smell of many cannabis strains, including the immensely popular, terpinolene-dominant strains Dutch Treat, XJ-13, and Golden Pineapple. It’s also likely to affect a strain’s therapeutic and experiential qualities.

The smell and taste of terpinolene

Terpinolene’s aroma is more multidimensional than some other cannabis terpenes. Linalool smells like flowers. Limonene smells like citrus. Pinene? It smells like—surprise!—pine. Terpinolene, though, carries an array of smells you might find in cannabis: It’s piney, floral, herbaceous, and even a little citrusy. 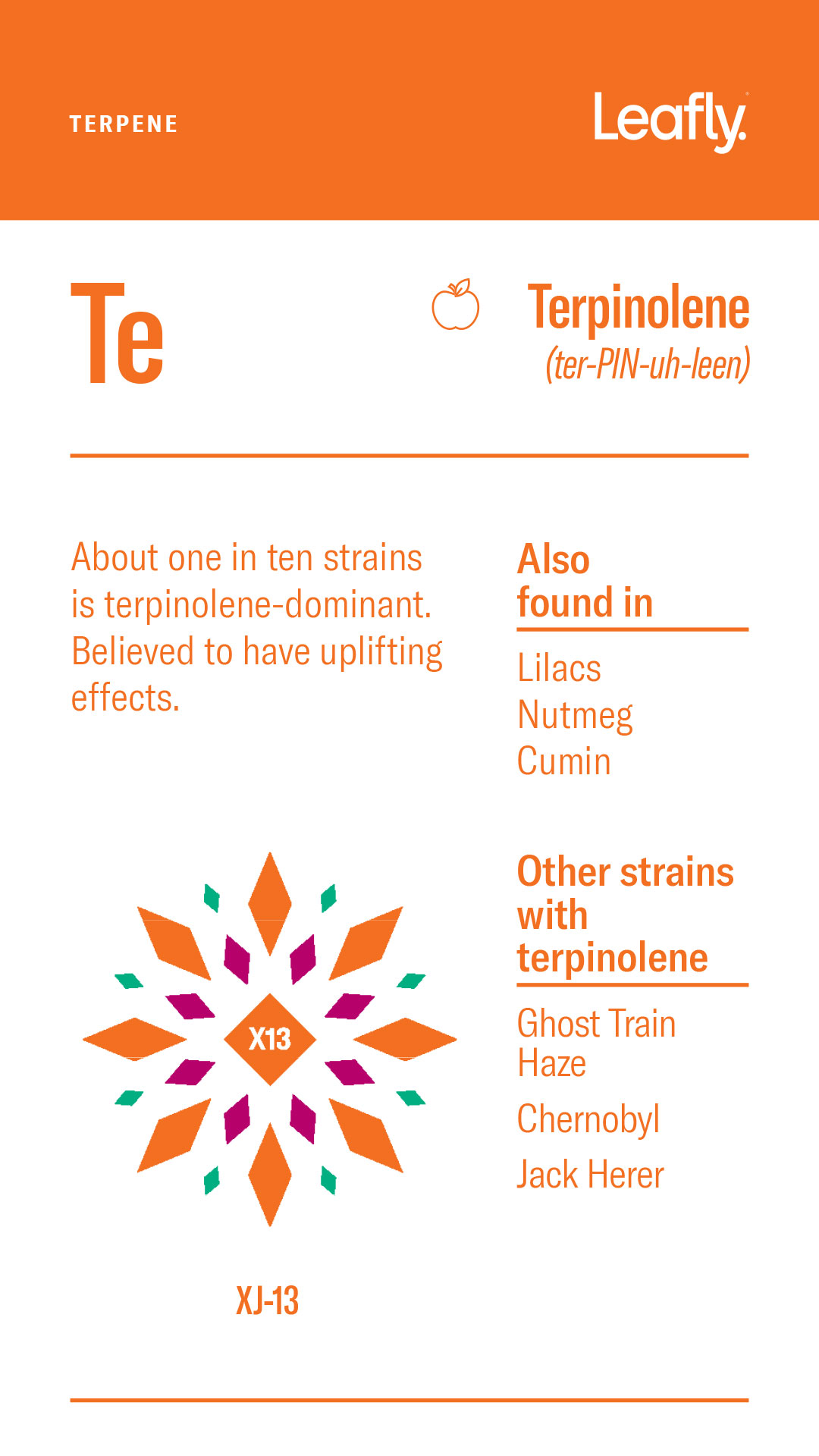 One word that comes up often when describing terpinolene’s taste and smell: fresh. It’s part of the reason terpinolene shows up as an additive in soaps and perfumes (though the terpene’s other qualities, which we’ll get to, also help).

Like most terpenes, terpinolene isn’t unique to cannabis. It also shows up in lilacs, tea tree, nutmeg, cumin, and apples.

Although terpinolene-dominant strains are somewhat rare, you’ll recognize a few of these flavorful favorites:

Another thing to observe is that while terpinolene-dominant strains can be classified as indicas, sativas, or hybrids, nearly all are THC-dominant. In other words, there currently aren’t many high-CBD strains that have a ton of terpinolene. Why is that? Likely, it’s simply because cannabis breeders have yet to fully explore the full array of terpenes with CBD-dominant and balanced strains. THC historically has been the cash-cow cannabinoid for most breeders. As CBD rises in prominence, that may change. Terpinolene-dominant CBD strains remain rare, but more could certainly be made.

As an essential oil, terpinolene may have antibacterial and antifungal qualities, according to a 2005 study—which could be another reason, besides its fresh scent, that it’s a common additive in soaps and cleaning products. Other research suggests it can help repel pests like mosquitoes and weevils.

Emerging research is also looking at terpinolene’s potential to reduce the risk of heart disease when used in concert with other nutrients, and its possible role in inhibiting the growth of cancer cells.

Keep in mind, researchers are still teasing out the possible effects of terpinolene. In addition, many scientists believe that terpenes and cannabinoids work in tandem to create a strain’s overall effect—so don’t expect a strain that contains terpinolene to necessarily have relaxing, sedative properties. 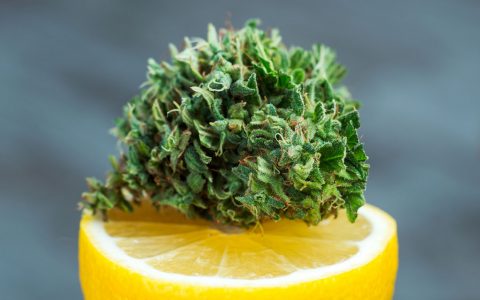 What Are You Smoking? Episode 55: Talking Terpenes [Reprise] 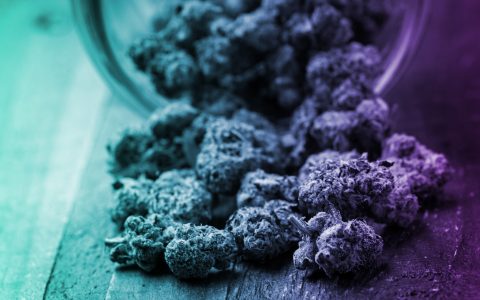 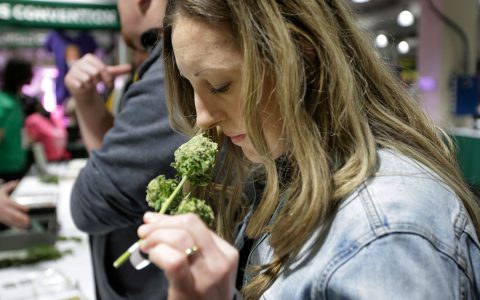 How to Increase Terpene Levels in Cannabis