Cannabis Makes You Watch Cat Videos (According to Google Trends)

Rebecca KelleyApril 25, 2016
Share
Share on Twitter   Share on Facebook
Print
I’m sure you’ve come across a number of headlines touting studies that “prove” findings like “cannabis makes you dumber” or heavy cannabis users are “more likely to die by the age of 60.” The problem with these limited studies is that people often associate a correlation with causation. A correlation between, say, heavy cannabis use during late teenage years and the death of 8.9% of those subjects by age 60 does not mean that the former directly caused the latter, it means “While we were studying X, we noticed Y occurring in a small percentage, but that by itself doesn’t mean anything without more research to isolate as many variables as possible.”

But that narrative isn’t fun for news publications and blogs hoping to attract clicks, is it? To help out the brands hoping to churn out some sensationalized cannabis headlines, I turned to Google Trends, which highlights trending stories and search terms, and played around with its Correlate tool. Google Correlate takes a query and compares it to other searches with similar patterns. And what better term to compare than cannabis?

Here are five headlines you should expect to see over the next few weeks. The data speaks for itself — with search trends this closely aligned, it’s impossible to claim that cannabis isn’t the cause for the following queries:

The Legalization Movement is All Thanks to Panda Express 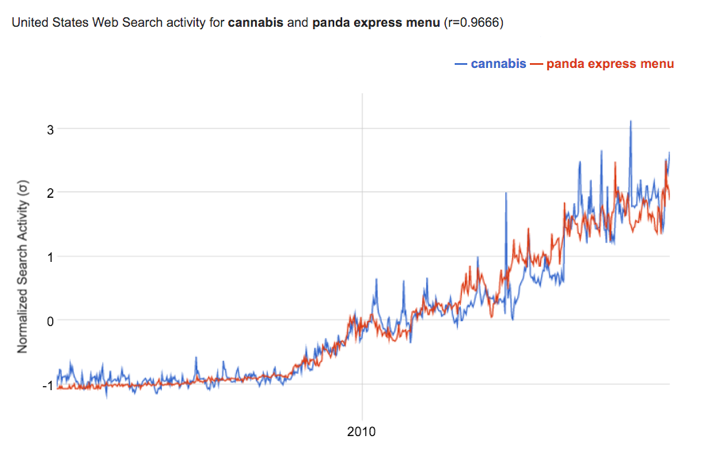 Notice the coincidence between increased searches for “cannabis” and people looking for the “panda express menu”? That’s no coincidence, my friend — there’s a reason why Panda Express is the dominant fast casual Chinese chain in the country, and it’s because founders Andrew and Peggy Cherng realized that nothing pairs better with orange chicken and honey walnut shrimp than Tangerine Haze and Lifesaver. 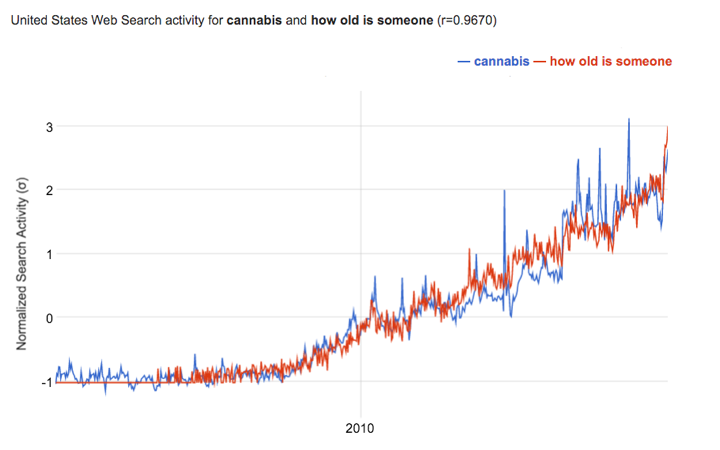 Another hidden danger of cannabis: it causes age blindness, the all-too-awful affliction where you can’t approximate how old someone is. It’s true — one time I vaped a bowl of Maui Waui and proceeded to spend the rest of the evening trying to figure out why Helen Mirren was on the cover of my father-in-law’s AARP magazine. Isn’t she, like, 34? 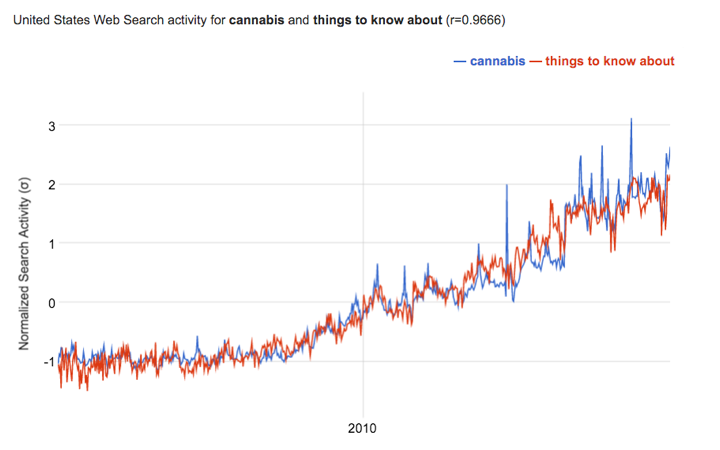 Cannabis is like a natural form of Lacuna Inc., the memory wiping company from Eternal Sunshine of the Spotless Mind. Accidentally spot your naked old Uncle Clarence on the toilet? Nothing some Death Star can’t erase! Wish you could undo all of season 2 of True Detective? A little Red Dragon should do the trick!

Small Talk Was Invented Because of Cannabis 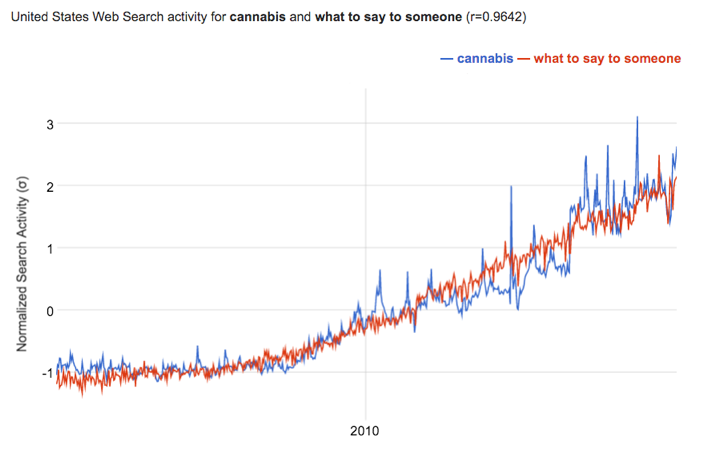 “Nice weather we’re having!” “Where are you from?” “Do you know how to get to 6th Street from here?” Yep, you have cannabis to thank for all that. You’re welcome. 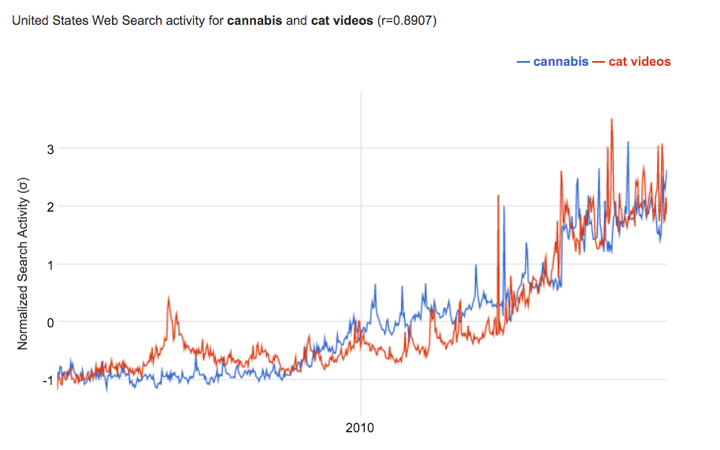