Meeting that demand is a new generation of so-called “Demeter”-certified “biodynamic” cannabis farms.

They submit to repeat inspections and pay major fees to get highly coveted, voluntary certifications on their produce.

From Disaster to Demeter 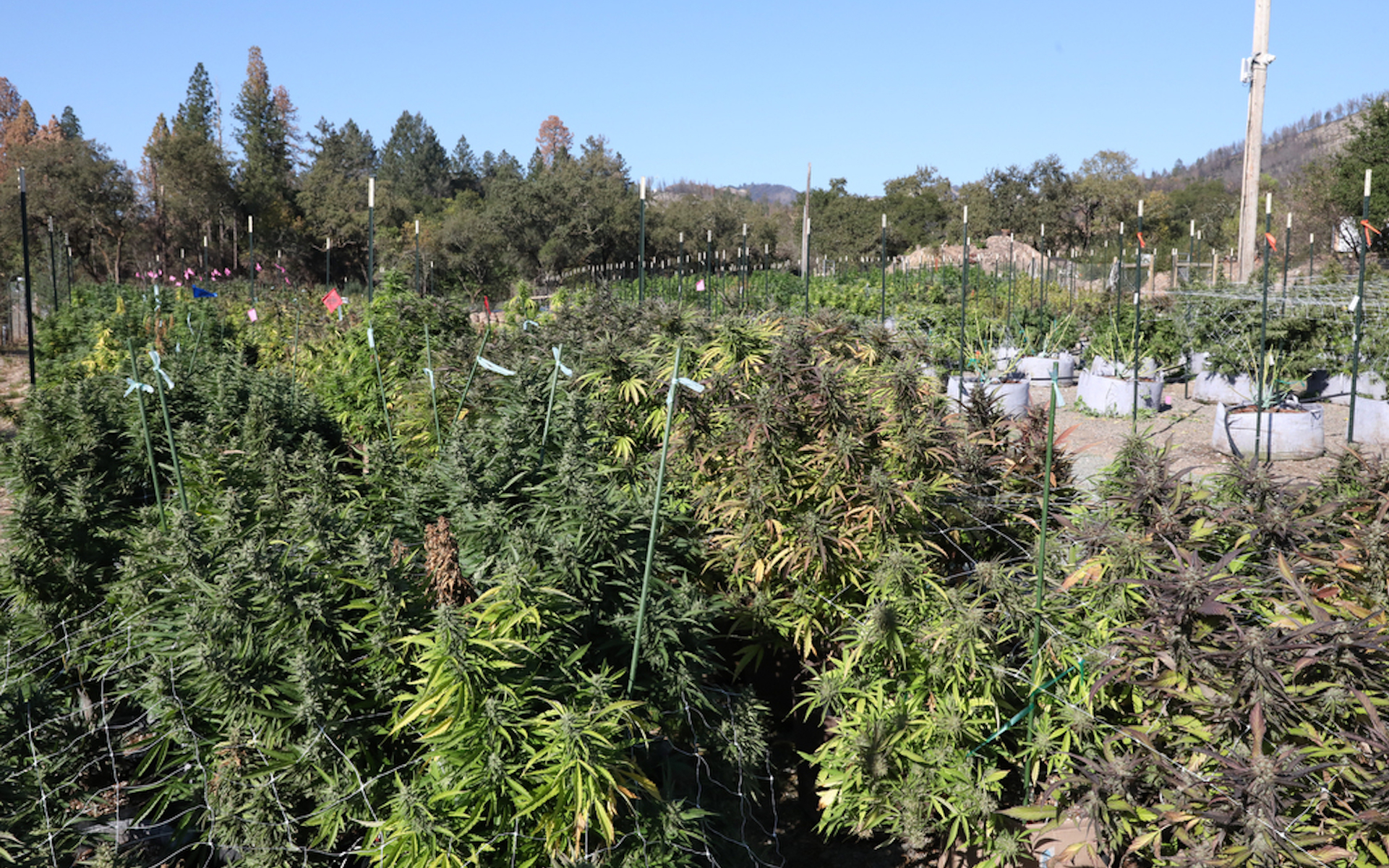 Above, trending strains of 2018 like Gelato and Purple Punch finish in the Northern California hills.

You’d never know one of the state’s most devastating wildfires swept through the property in 2017.

In January 2018, all the ground was black. The Army Corps of Engineers hauled away a 40,000 square-foot building that the fire reduced to debris. All SPARC’s in-house genetics burned as well.

The team started with new seeds sourced from the 2017 Emerald Cup.

Terra Luna Farms grew almost 50 different strains on two outdoor parcels licensed for up to an acre of canopy in 2018.

Harvest yield totaled around 1,600 dried, cured pounds with an estimated wholesale value of around $2.8 million.

“There’s no silver bullets,” said Mike Benziger, a longtime biodynamic evangelist from the wine industry.  “If you have a problem you’re already fucked. It’s a super-anticipative type of farming.” 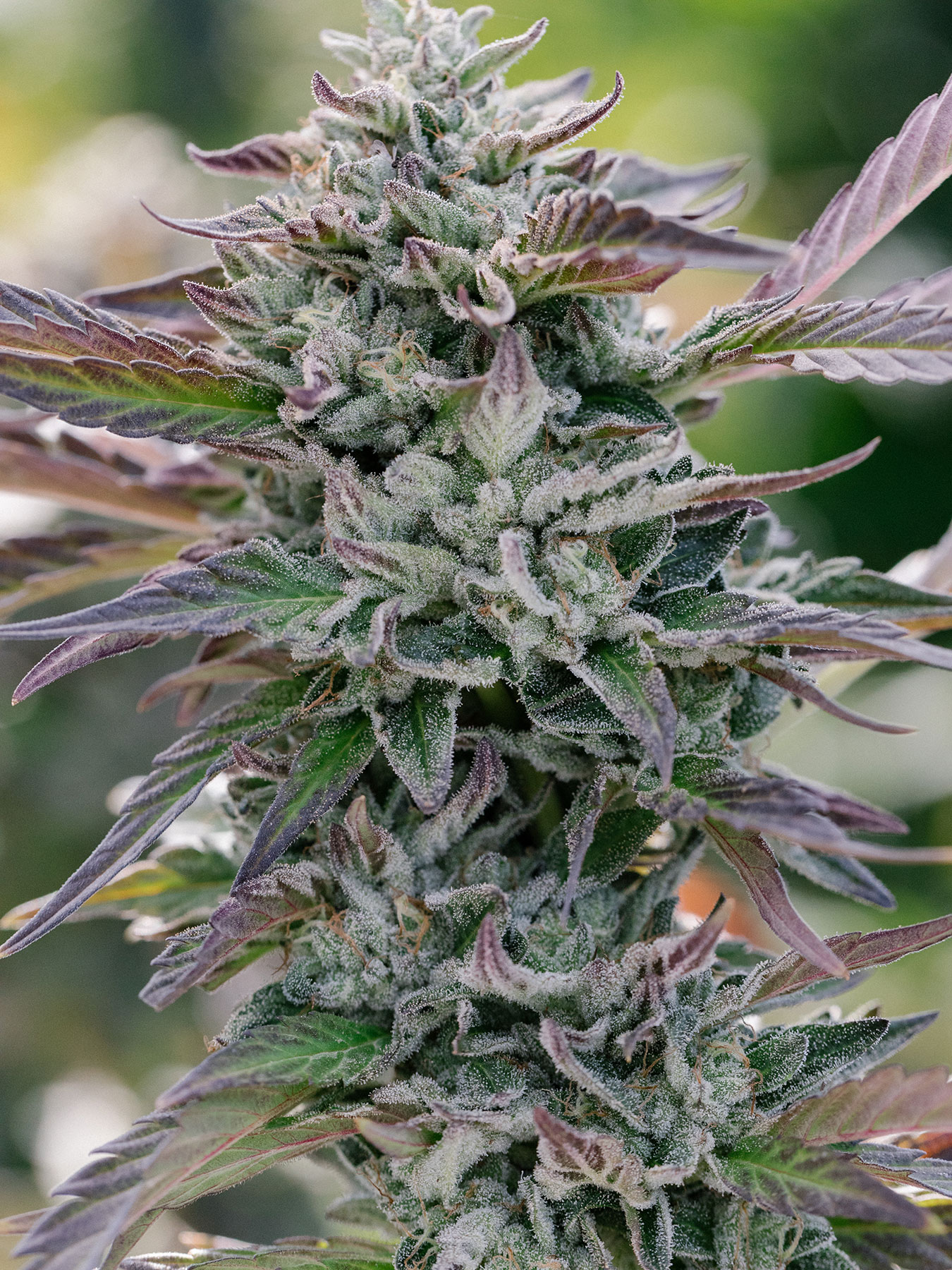 SPARC’s harvest reaches consumers as high-quality top-shelf buds, as well as cannabis oil that goes into vape pens and edibles.

Terra Luna farms is situated in the Moon Mountain region of Sonoma County. The growing location and inputs influence the final product, they said.

“Both flowers flavors and effects are enunciated by the unique climate of the Moon Mountain AVA which benefits from a warmer climate just above the fogline and a consistent breeze with winds from both the Pacific Ocean and San Pablo Bay,” SPARC states.

“The finish has been great,” said Terra Luna owner Ereneta.

“If anything it’s been a little scary. We’ve had deja vu with several red flag warnings up until today about windy dry weather. We have a little PTSD.”

SPARC founder Erich Pearson has survived not only the brutal transition from medical cannabis to recreational in the brutal market of San Francisco. Wildfire tested his renegade spirit in 2017. 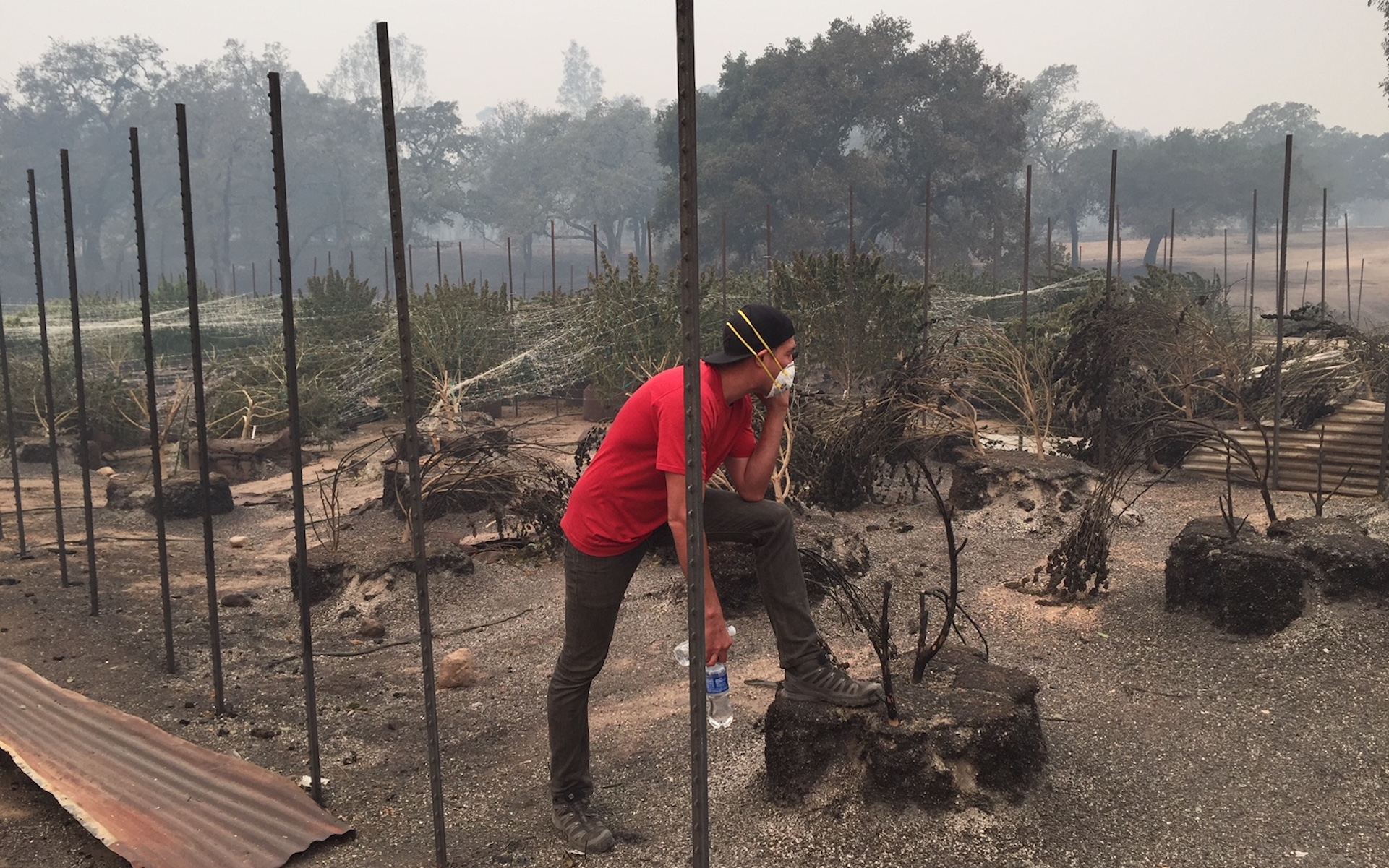 Above, Pearson amid the ruin of the Nun’s Fire. The fires interrupted a multi-year plan to get the farm Demeter-certified. 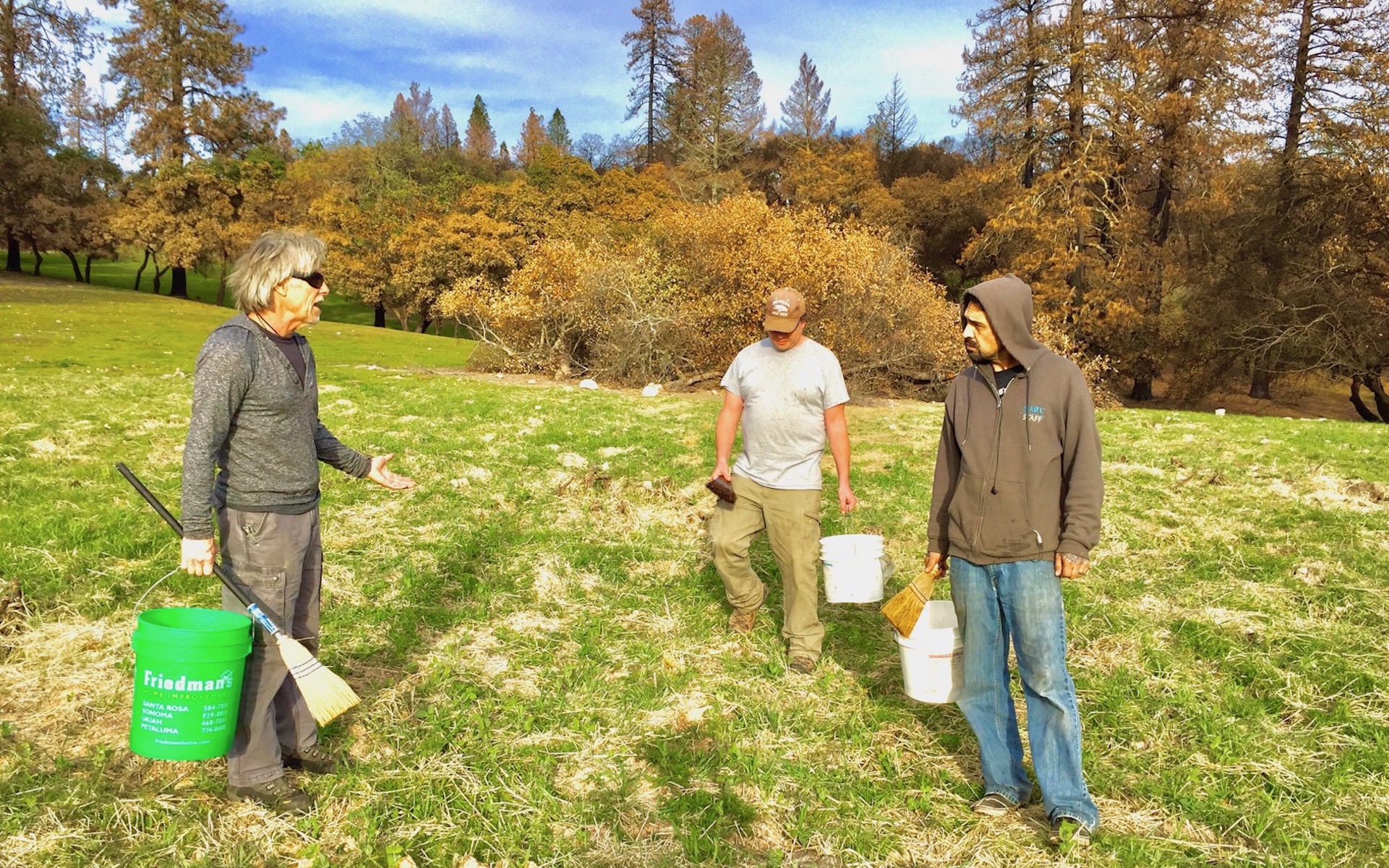 “It’s really important for plants to have some relationship to humans,” said Benziger, a local wine celebrity and biodynamic grower. 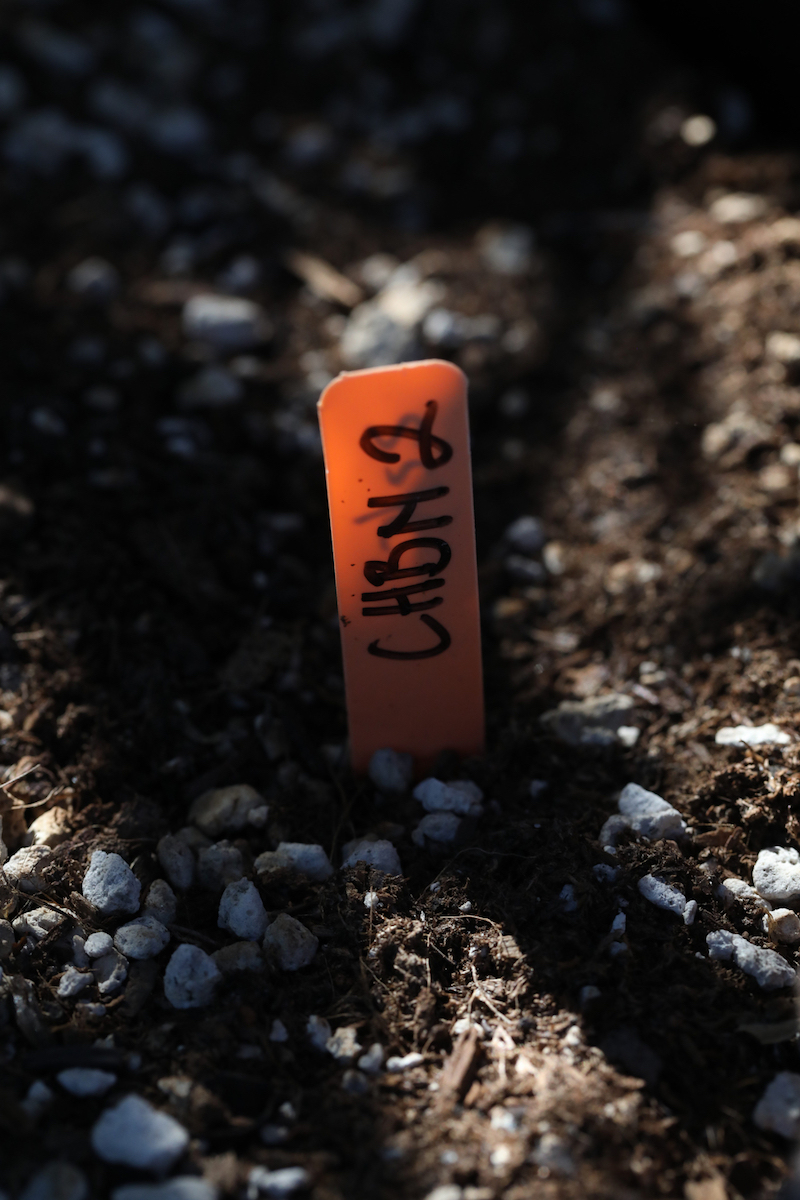 A tag denoting strain type sticks out of the soil next to a cannabis plant.

Biodynamic farming and demeter-certification is all about the soil. The unique, local soil gives a plant its terroir—or unique smell, taste and effect.

Terra Luna grew in fabric pots with holes to allow the roots to tap into the ground soil. 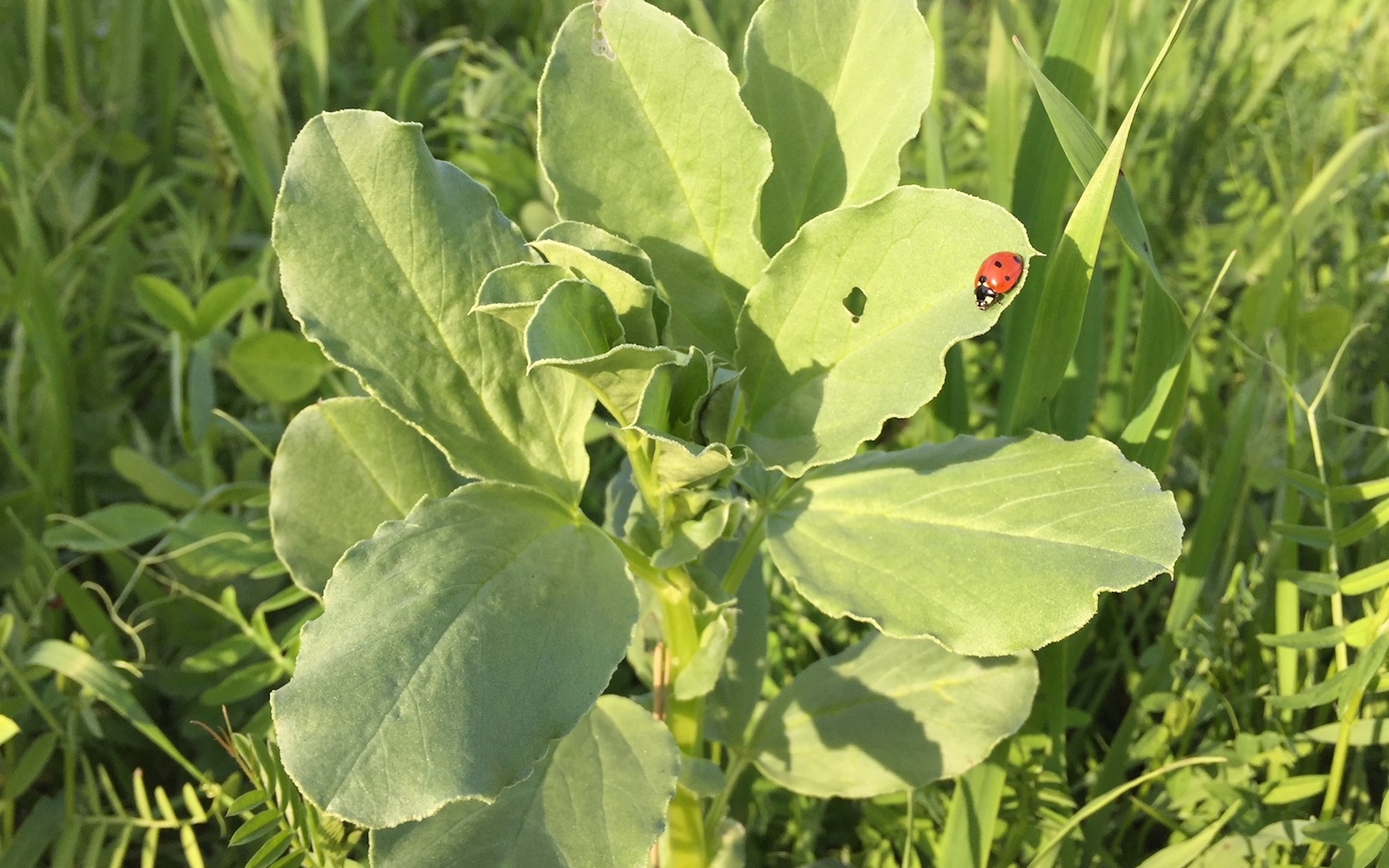 After the fires, SPARC planted cover crops included purple vetch, fava beans and oat hay helped fix the nutrient nitrogen. Those crops got mulched back into the soil. “Biodynamic cannabis farming, with its emphasis on good health, natural inputs and cycles, and honoring the Earth, is the best way to grow this healing plant.”

“It’s not easy to grow this way, but it is simple, because it most closely mimics what nature would do itself,” Pearson said. “The result is a clean, flavorful cannabis with extraordinary powers. I’m delighted to be able to offer these two new strains to our patients and adult consumers alike.” 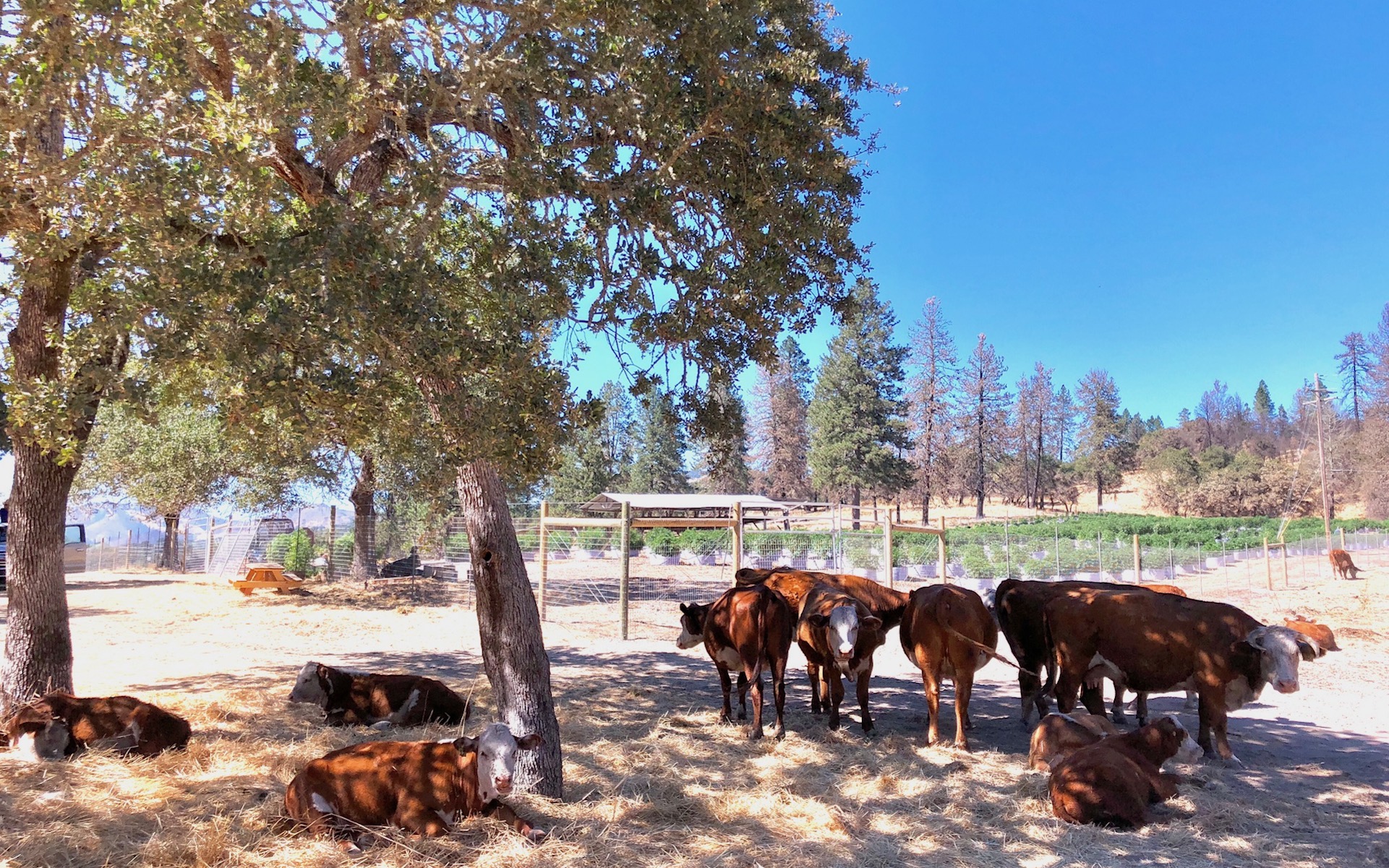 SPARC worked to pioneer biodynamic certification for cannabis since 2015. 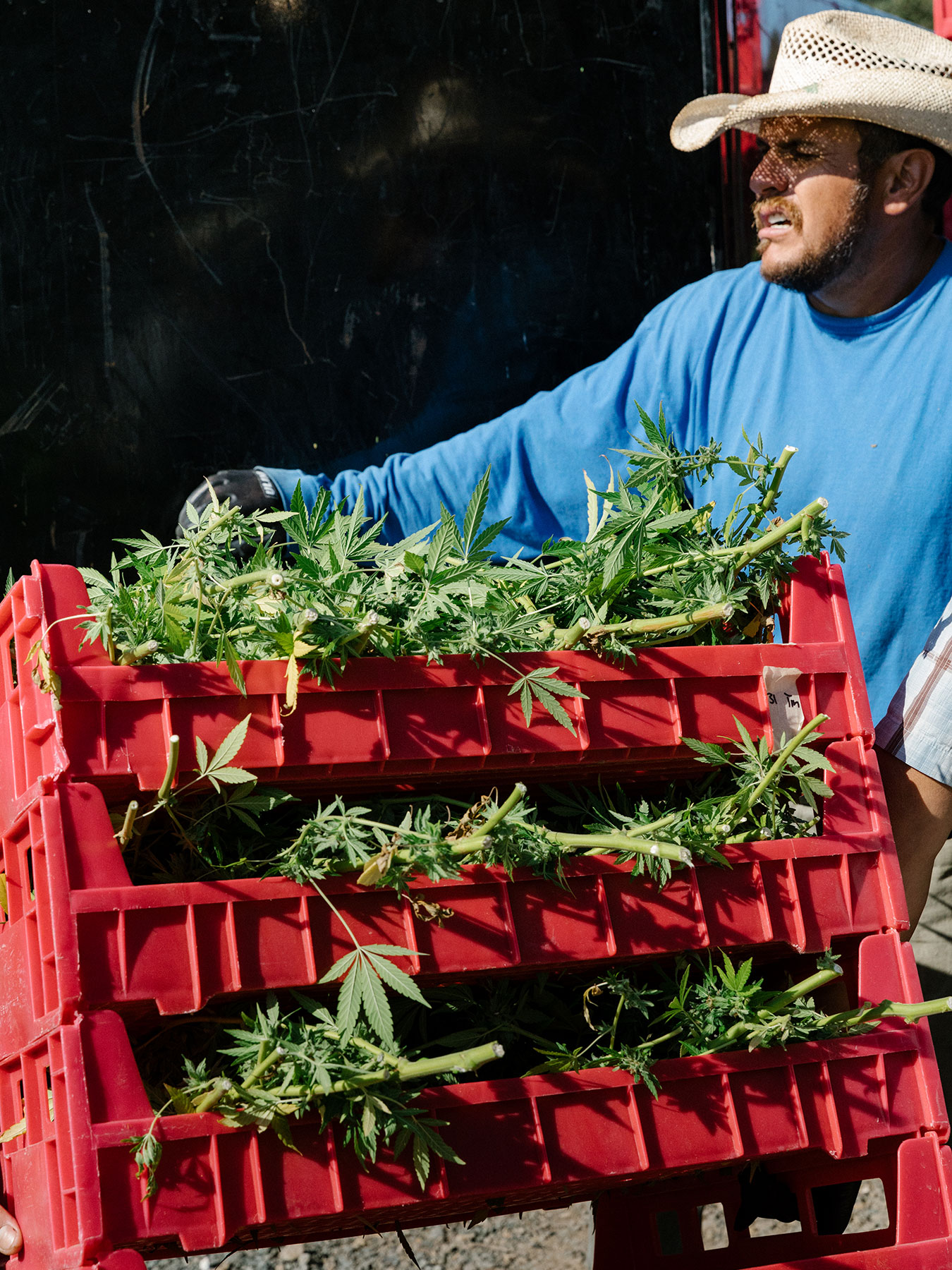 With trichomes ripe and mature, farm workers chop cannabis stalks and move them on trays into a processing building. Strains of 2018 included Cookies, Tangie, Bubba Kush, and Remedy. 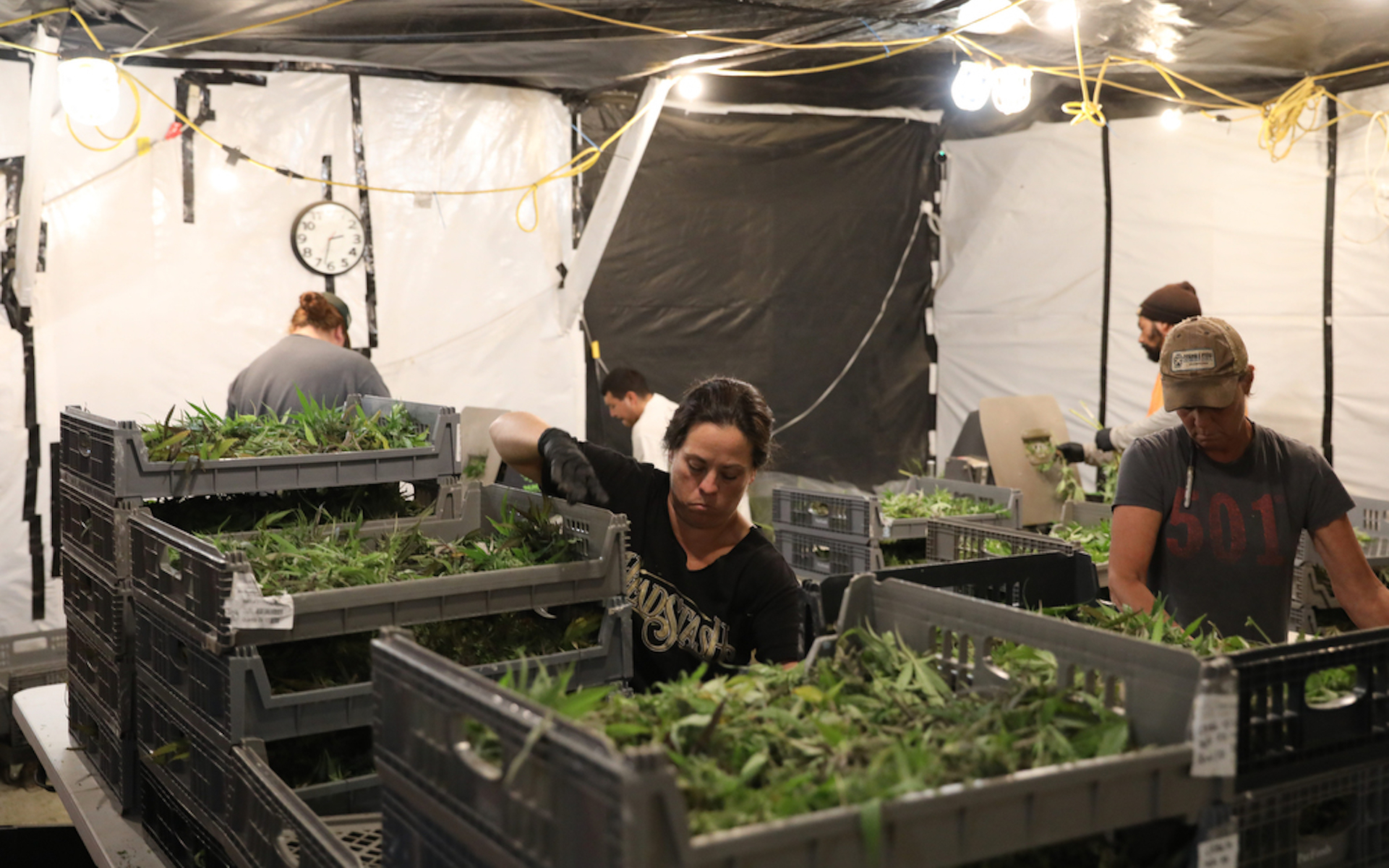 Workers process the cannabis—removing debris and fan leaf, spreading out buds for drying. The fall’s full-sun harvest creates a seasonal spike in demand for labor. Processing wages are declining while regulatory costs have kicked in for the first time. 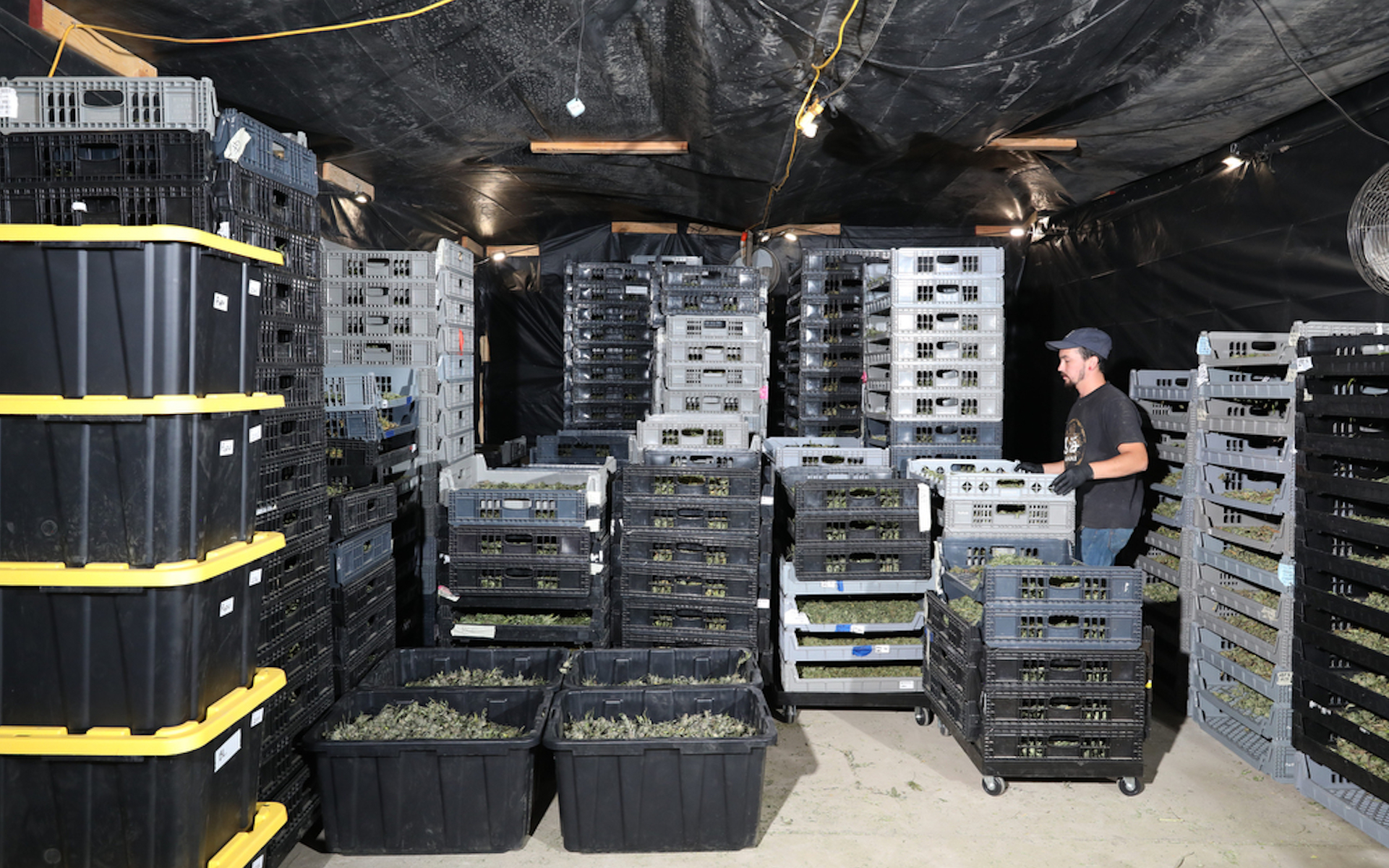 Hundreds of pounds of cannabis dries in a large drying room. The buds get laid flat in single layer per tray. The stackable trays go on rolling dollies. Buds dry for five to seven days in a cold, dark room humming with fans.

Later they go to move on to a stage called ‘curing’. During curing, buds get trimmed and polished. 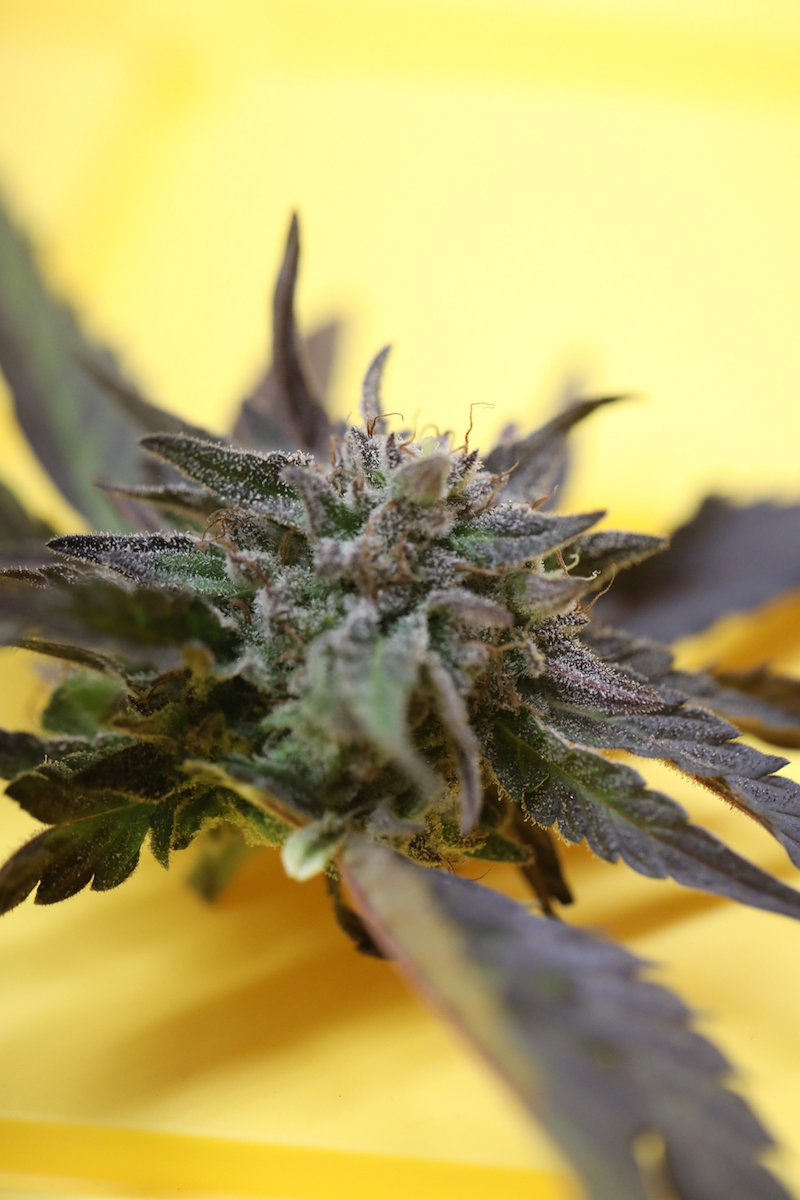 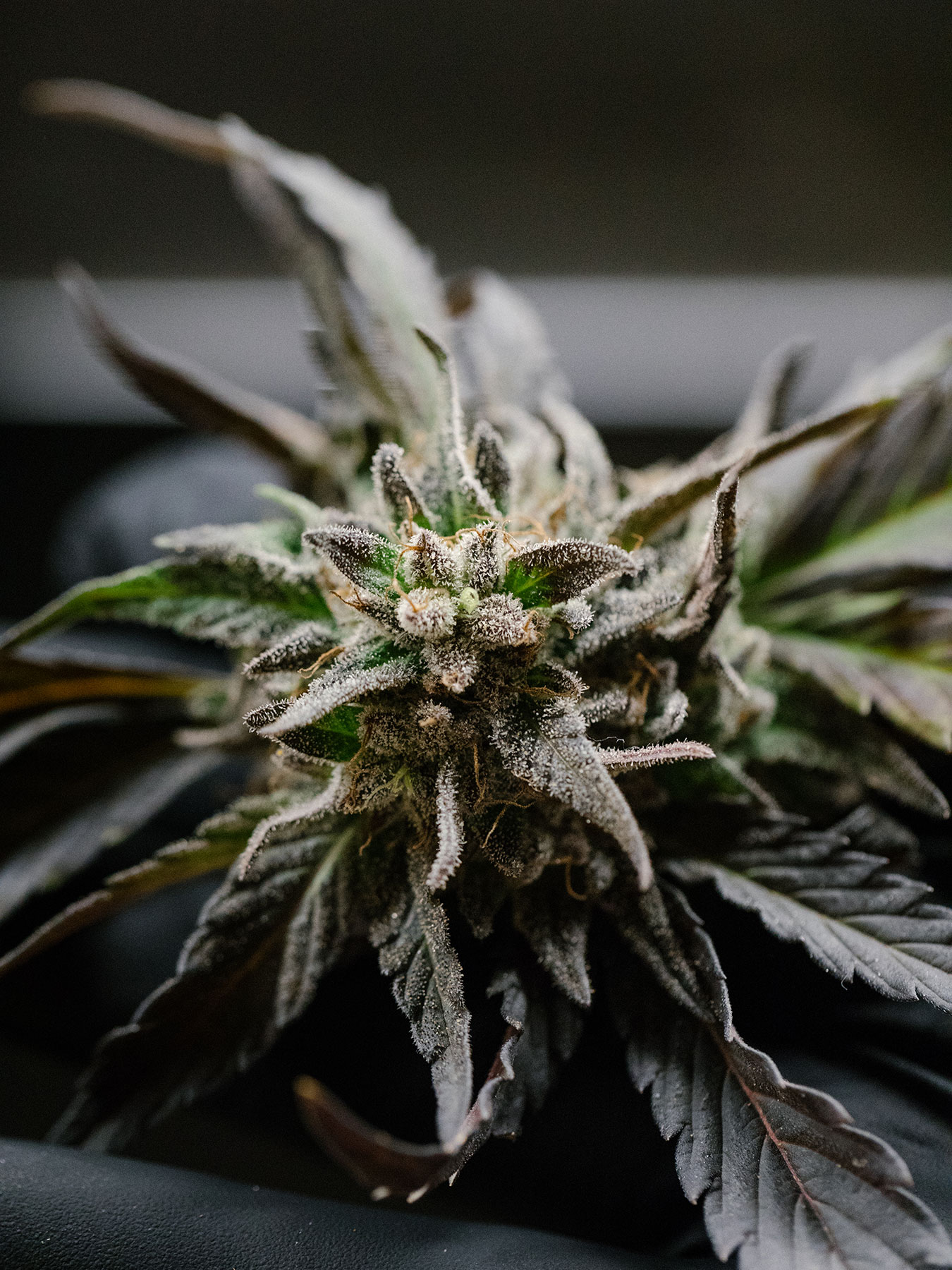 A top-shelf cannabis strain sits in the gloved hand of a processor. Strains of 2018 include Biodynamic Purple Punch is an indica flower with a sweet berry-like flavor and hails from a beloved cross between Larry OG and Grand Daddy Purple which produces a sedating feeling perfect for winding down the day. 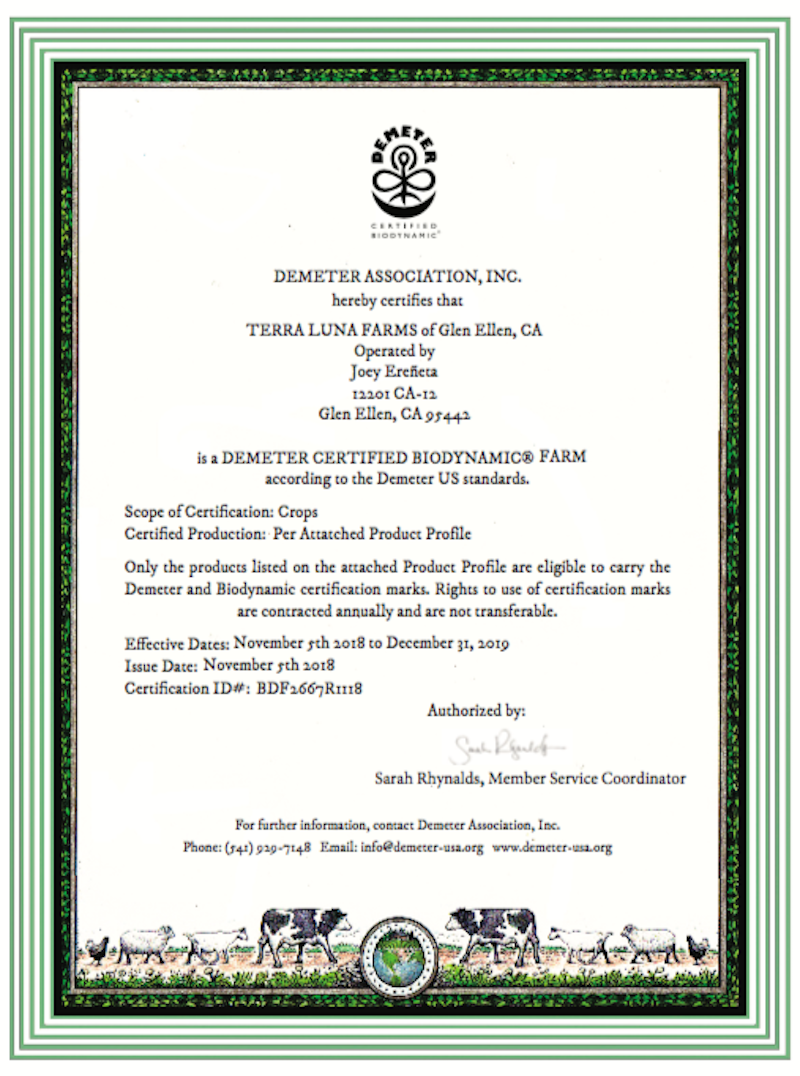