The coronavirus has torched the traditional 420 playbook for America’s tens of millions of legal cannabis consumers and the thousands of stores that rely on them.

'On March 16 we had our busiest day ever.'
Stephen Rechif, The Bloom Room, San Francisco

April 20th, or 4/20, is an unofficial, global stoner holiday. It’s supposed to be the $10.73 billion legal cannabis industry’s biggest sales day of the year.

Instead, that big day came almost a month early as West Coast shoppers became the first to stock up ahead of stay-at-home orders aimed at slowing the wave of COVID-19 that has killed more than 13,000 Americans.

“On March 16, we had our busiest day ever,” said Stephen Rechif, operator of the legal adult-use cannabis dispensary, The Bloom Room, in downtown San Francisco.

Looking for legal cannabis to help pass the time? Leafly has all your local menus

According to data from the Colorado firm BDS Analytics, the national cannabis industry saw a series of sales spikes with double the average daily sales for mid-March.

After the country stocked up and locked down, in-store sales cratered. “Our sales are off 50%,” said Rechif.

The city has banned curbside pickup, and the Bloom Room does not deliver. So inside the hyper-sanitized store, masked workers sit each day watching an eerily silent sales floor.

Today, half of all cannabis consumers are thought to have at least enough weed to get them to April 20.

According to survey data published by New Frontier, one-third of consumers estimate they have about two weeks to a month of weed left. 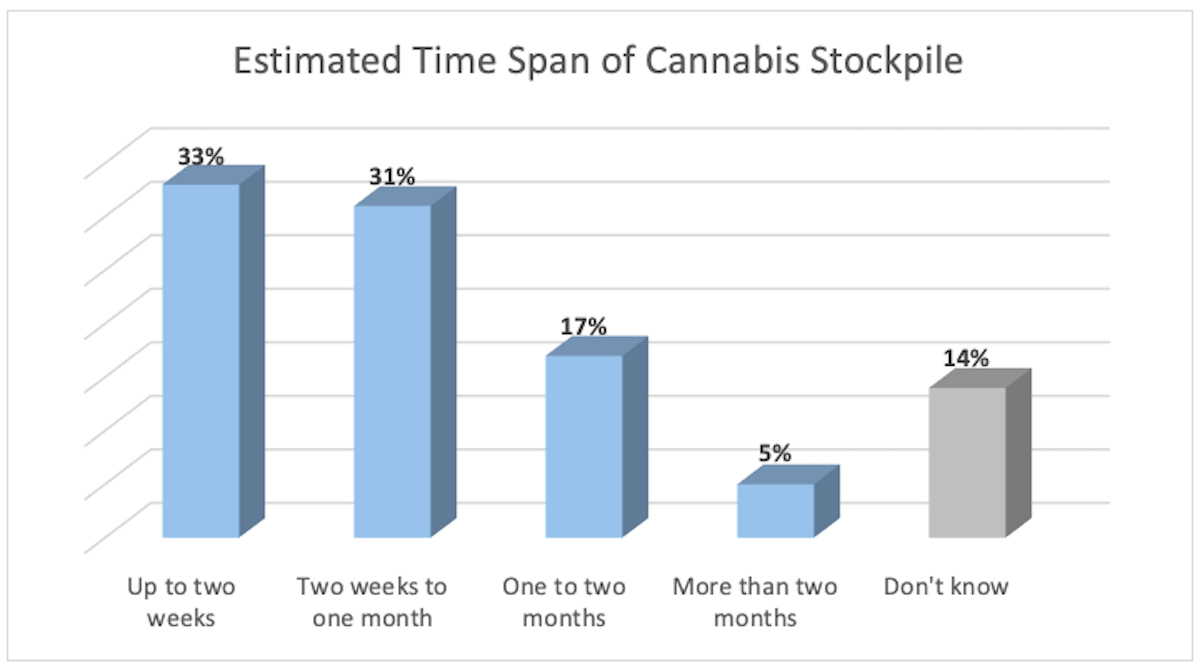 Shout out to the consumers with two months or more of cannabis. (Courtesy New Frontier Data)

Nearly one-fifth of all cannabis consumers (17%) think they have one to two months of weed on hand. Yeah, we underlined it.

But do folks have really enough? Maybe not. 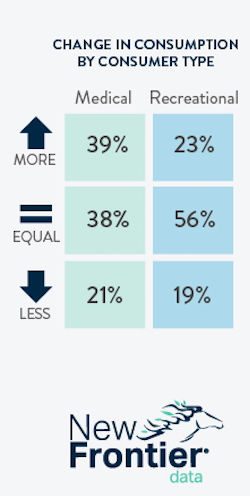 Most adult-use consumers are smoking the same amount. But medical users have increased their intake. (Courtesy New Frontier Data)

How much does an eighth of weed cost this 420?

The average legal eighth-ounce is running about $34 after taxes across the US this 4/20, based on averages from multiple cannabis data firms. An eighth is 3.5 grams, which equates to a single-finger’s-worth in a sandwich bag, for you old tokers out there. 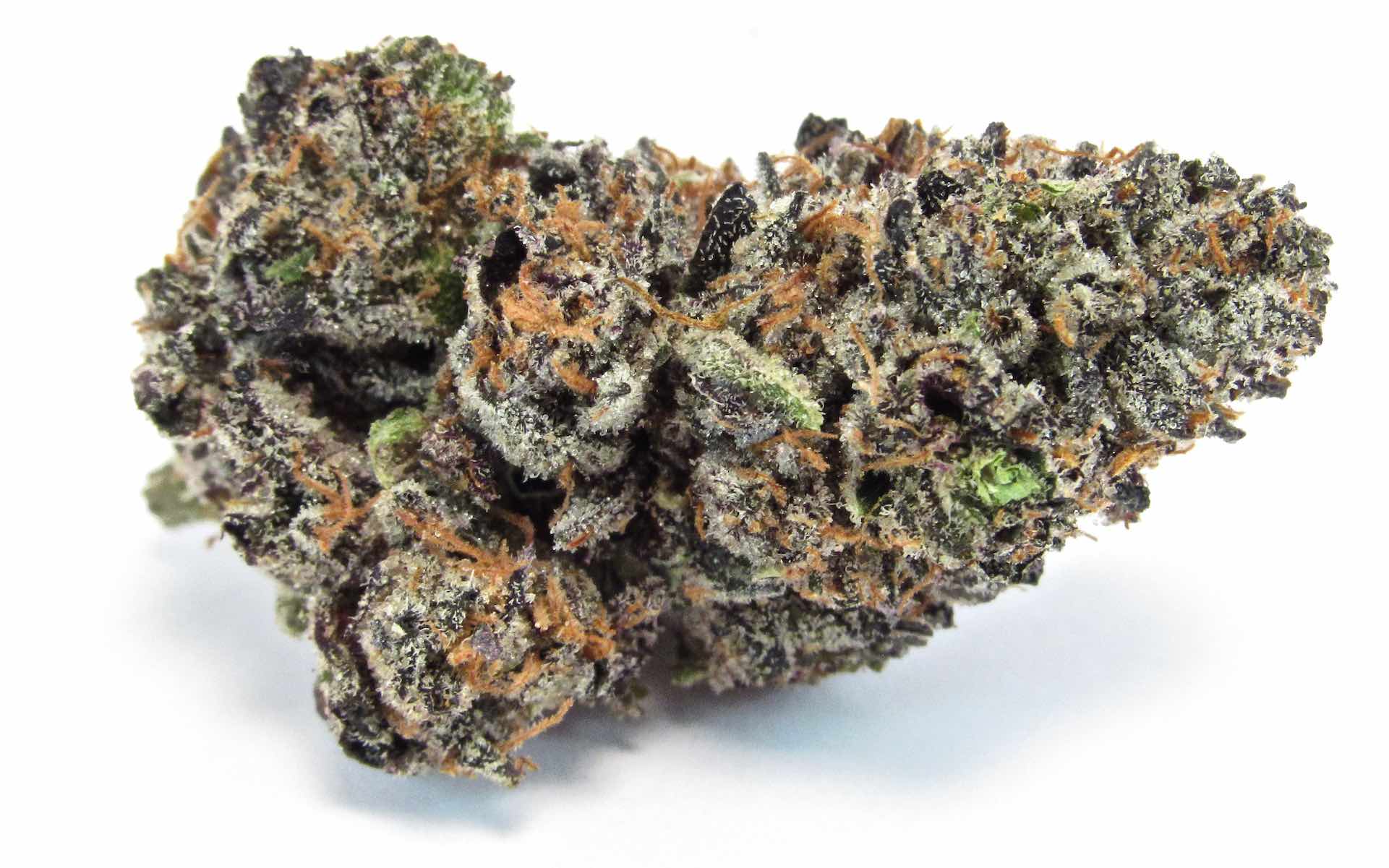 And even within each legal state, a broad spectrum of pricing tiers have replaced your weed guy’s ‘take it or leave it’ price point. Just take a look at the data company Headset’s monthly best-selling product dashboards for California, Washington, Colorado, and Nevada. You’ll see best-selling eighths in the Rockies ranging from a bargain $27.71 to $40.50.

The average national price is down slightly compared to 2019’s 4/20. According to Akerna—a leading cannabis compliance technology provider—over the last two 4/20s, clients have reported an average cost of $35.59 per eighth or $9.70 per gram.

For folks that are stocking up, re-stocking, or merely splurging during the high holiday—now’s the time to buy, stores report.

Most state regulators have deemed cannabis essential, but they don’t want a flood of 4/20 foot traffic over the de facto holiday, which runs Friday, April 17th through Monday, April 20th.

In Colorado, six-store chain Terrapin Care Station cut all promotions, sponsorships, and events for the month on April 5th. The stores don’t want to entice folks.

“We hope that by suspending 420-related marketing, people will be encouraged to social distance this April,” said Chris Woods, owner and chief executive of Terrapin Care Station.

Looking for legal cannabis to help pass the time? Leafly has all your local menus

Stores that do run 420 sales want customers to order early, order online, and couple it with curbside pickup, or delivery.

'We want to encourage people to not come in on 4/20. Pick up your supplies beforehand.'
Aundre Special, operator, CBCB dispensary, Berkeley

“We want to encourage people to not come in on 4/20. Pick up your supplies beforehand,” said Aundre Speciale, longtime operator of Berkeley’s CBCB shop. “We’re having some great deals.”

Technically 420 lasts all month, because April is the fourth month of 2020. As such, think of the 420 buying window as a month wide. Expect stores to offer substantial discounts, and nice bulk flower deals.

“Our number one goal is for our customers to be able to avoid having to quarantine without cannabis,” said Rechif. “No one should have to do that.”

Over at CBCB, they’re doing $35 eighths of Sunflower brand cannabis, with bulk discounts up to $110 half-ounces.

Is marijuana price gouging a thing?

Not really, according to wide reports.

Amid the COVID-19-inspired run on supplies and subsequent slumps, prices are pretty stable, or easing slightly. No states report wholesale supply shortages, and many have surplus amounts to smoke through.

Cannabis sellers may be acting like the wine or oil industry—where discounting to move inventory has pushed prices down, down, down, said Nik Modi, from RBC Capital Markets, during the April 3 BDS call.

Supplies are strong for new extracts from Beezle, and Raw Garden, Rechif said. For those who want to splurge, top-shelf eighths like $75 bags of Minntz are moving just as fast as the bargain cannabis.

Update: Is your state flattening the COVID-19 curve? Here’s the latest data

“California has lots of cheap weed and much of it is garbage, unfortunately,” said Rechif. “We’ve got some really great $25 eighths that we stand by. I couldn’t even imagine [price gouging], and thankfully, I haven’t seen anybody doing that.”

“If you want to work with us, you have to be helping with protective gear, and lowering prices. And people are stepping up,” Speciale said.

The disrupted 420 of 2020 promises to leave a lasting mark on consumer behavior, BDS analytics indicates.

“The reality is this is going to be part of how we live and do business going forward,” said Modi, from RBC Capital Markets.

Gone is the optimistic, adventurous, store-hopping shopper with money to burn taking flyers on new brands, products, and modalities, the panelists indicated.

Replacing that consumer is a more pessimistic, risk-averse online value shopper ordering for delivery. She orders less, and when she does, she stocks up in bulk on trusted brands. 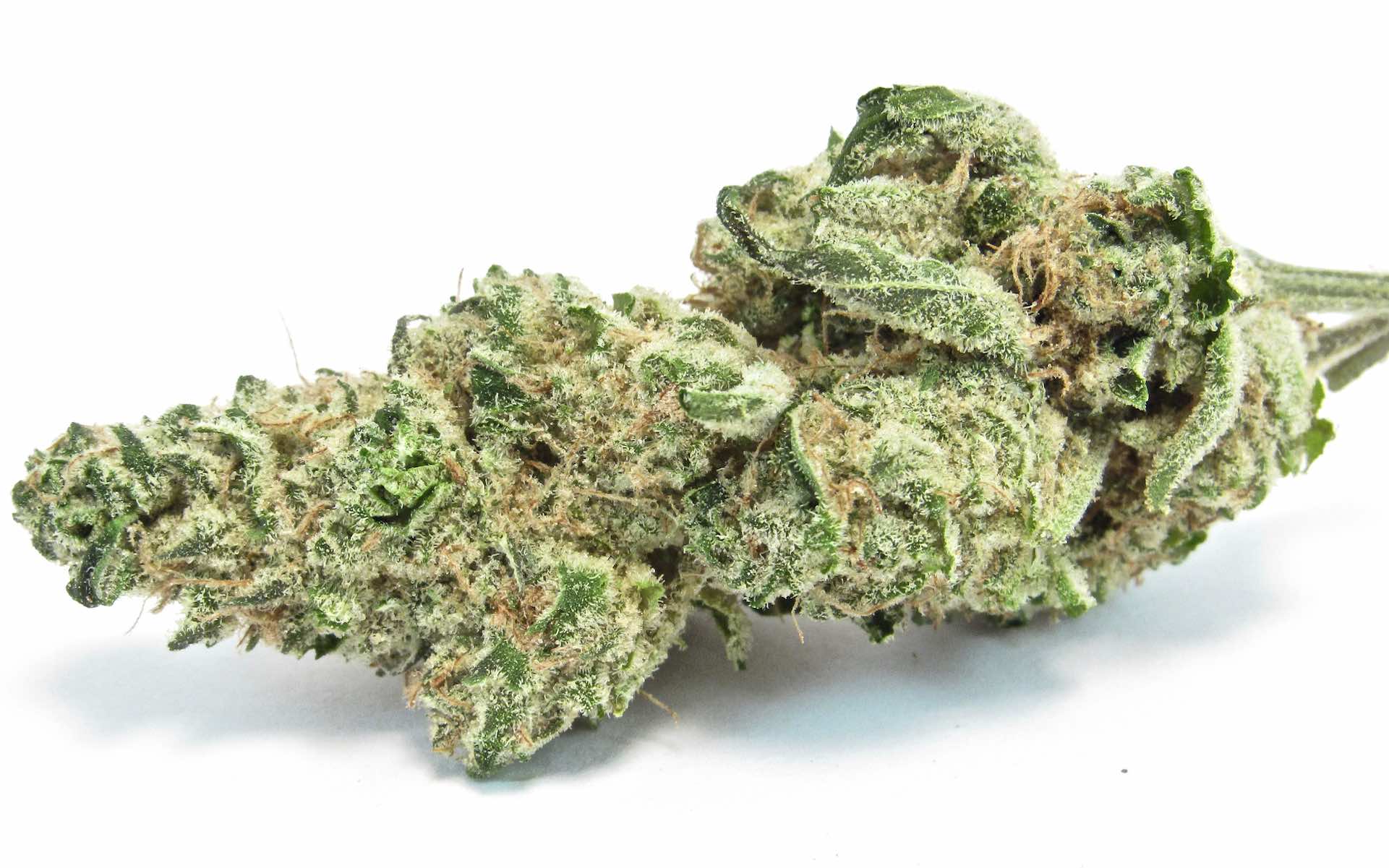 Scrape up some change for the new cultivar Dimepiece, from Bay Area CRAFT delivery. (David Downs/Leafly)

“People don’t have the income that they had. A lot of people also lost their jobs,” said Speciale.

“Imagine—four in ten of the people you walk by on the street are feeling cautious, scared, and or downtrodden,” said Larry Levin, Executive Vice President of IRI’s Consumer Shopping and Marketing Center, during the April 3 BDS call. “And 25% of the self-identified ‘cautious’ make over $100,000.”

“What a scary, scary scenario,” he said.

One light at the tunnel is that the way out of the COVID wilderness is to just sit on your couch and chill out. When else can you help save the world by acting like a stereotypical ‘stoner?’

“Isn’t that amazing?” said Speciale. “You have a duty to stay home, just relax, and partake in some cannabis. Play a month of video games.”