Fight the Munchies With These West Coast THCV Products 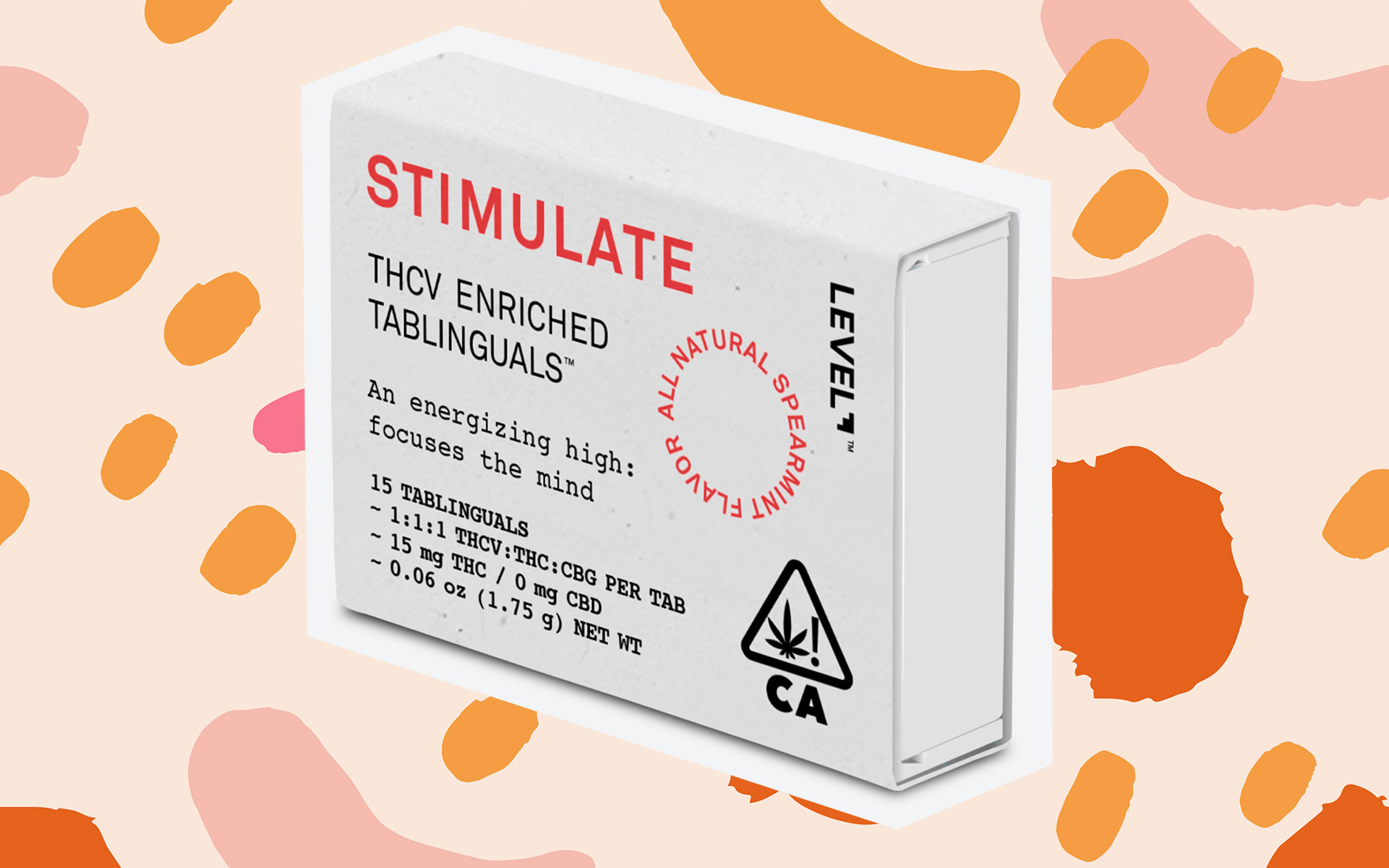 It seems like each day is a new opportunity to discover something great about cannabis. After all, there are over 100 different kinds of cannabinoids out there and we’ve only begun to scratch the tip of the iceberg when it comes to researching the unique effects of each.

In search of unique cannabinoids? Check menus nearby.

One especially promising cannabinoid is THCV. THCV, or Tetrahydrocannabivarin, is a cannabinoid that can be found in strains like Durban Poison or Pineapple Purps. A few health benefits at a glance include stimulating bone growth, managing sugar levels, and boosting memory.

The most interesting, however, is the claim that THCV can help suppress your appetite, allowing you to smoke all day long without fear of the munchies taking over. But keep in mind that even though some strains contain higher THCV, they may still have a good amount of THC—so they can help curb the munchies, but not rid them all together.

I set out to find the most THCV products out there and put that claim to the test. Check out the results below for products available in California and Washington. 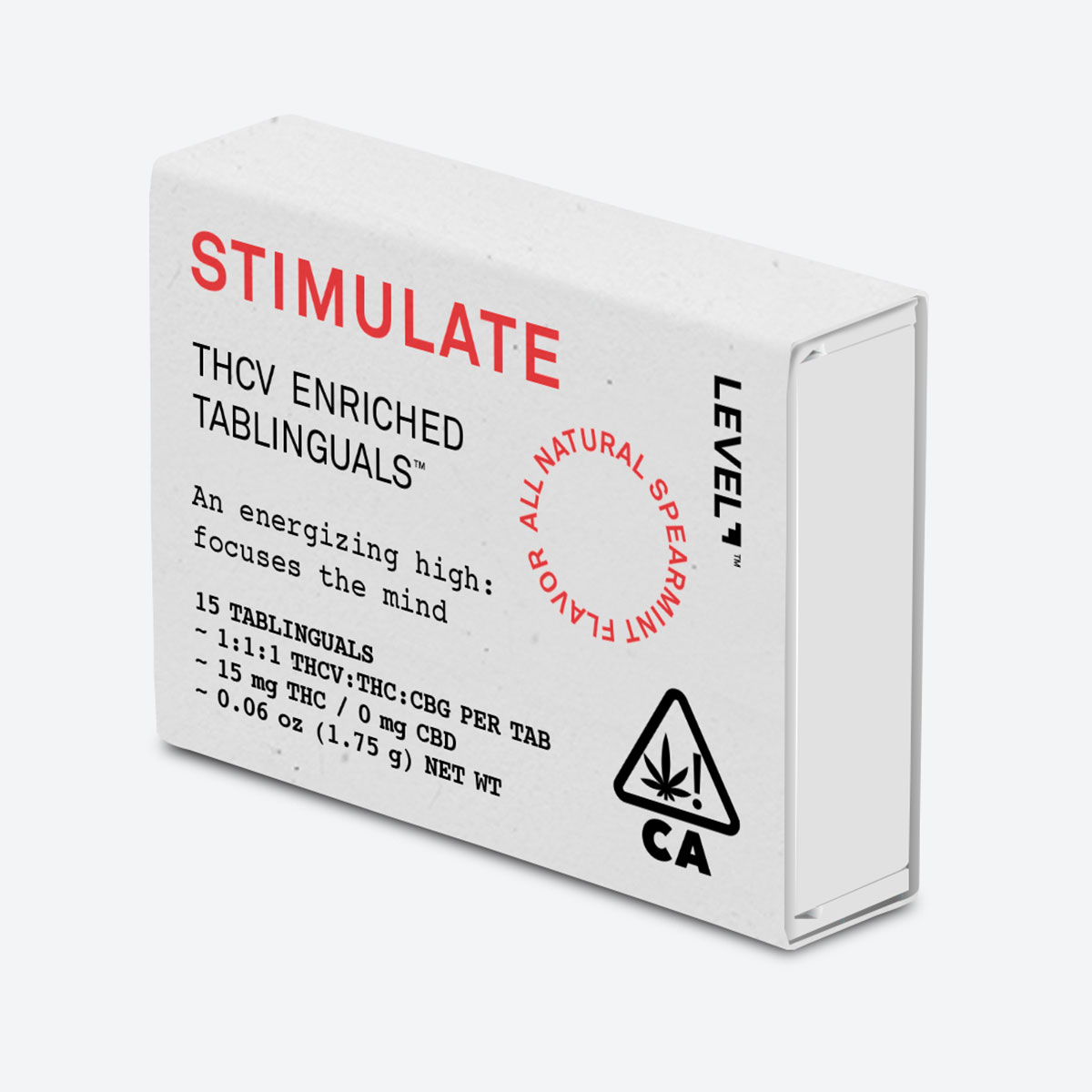 It’s no secret that I am a HUGE fan of Level Blends. The California-based company utilizes rare cannabinoids like CBG and THCV to create everything from sublingual pills to PAX Pods and beyond.

Part of what makes Level Blends so alluring, is the convenience you get with each product. Their newly released Stimulate Tablingual 1:1:1 THCV:THC:CBG is one of my new favorite cannabis products to date. Simply slip one under your tongue and wait 20-30 min before you start to feel the effects kick in.

CBG is another cannabinoid that’s extremely good at managing anxiety thanks to its gentle sedative effect. Add some THC and THCV to the mix and you get a tablet that’s calming without being sedating. Each pill contains 15mg THC, 13mg THCV and 15mg CBG. It’s an extremely unique experience with a gentle head buzz and a whole lot of focus. One pill at 9am and I’m not hungry until past 2pm.

Where to find it: Currently on limited release in California—full release pending.

One of the strains that’s been sitting on my canna-bucket list for years is Doug’s Varin. It was one of the first cultivars that came up when I searched for THCV and is extremely rare to come across. I’ve never actually seen the strain in any dispensary before.

Which is exactly why California Cannabinoids’ Doug’s Varin Vape Pens has me jumping for joy. This sleek little beauty contains 25-30% THCV produced in California with full sun. Two versions of the pen are available: the first is a THCV standalone pen while the other has extra CBD added to it.

Both pens are beautiful, hit extremely smoothly and produce a satisfying amount of vapor. The effect of the THCV here is subtle. It’s a fantastic way to enjoy the sensation of smoking without feeling overly sedated and is most definitely the thing I now go for when munchies strike at 9pm. 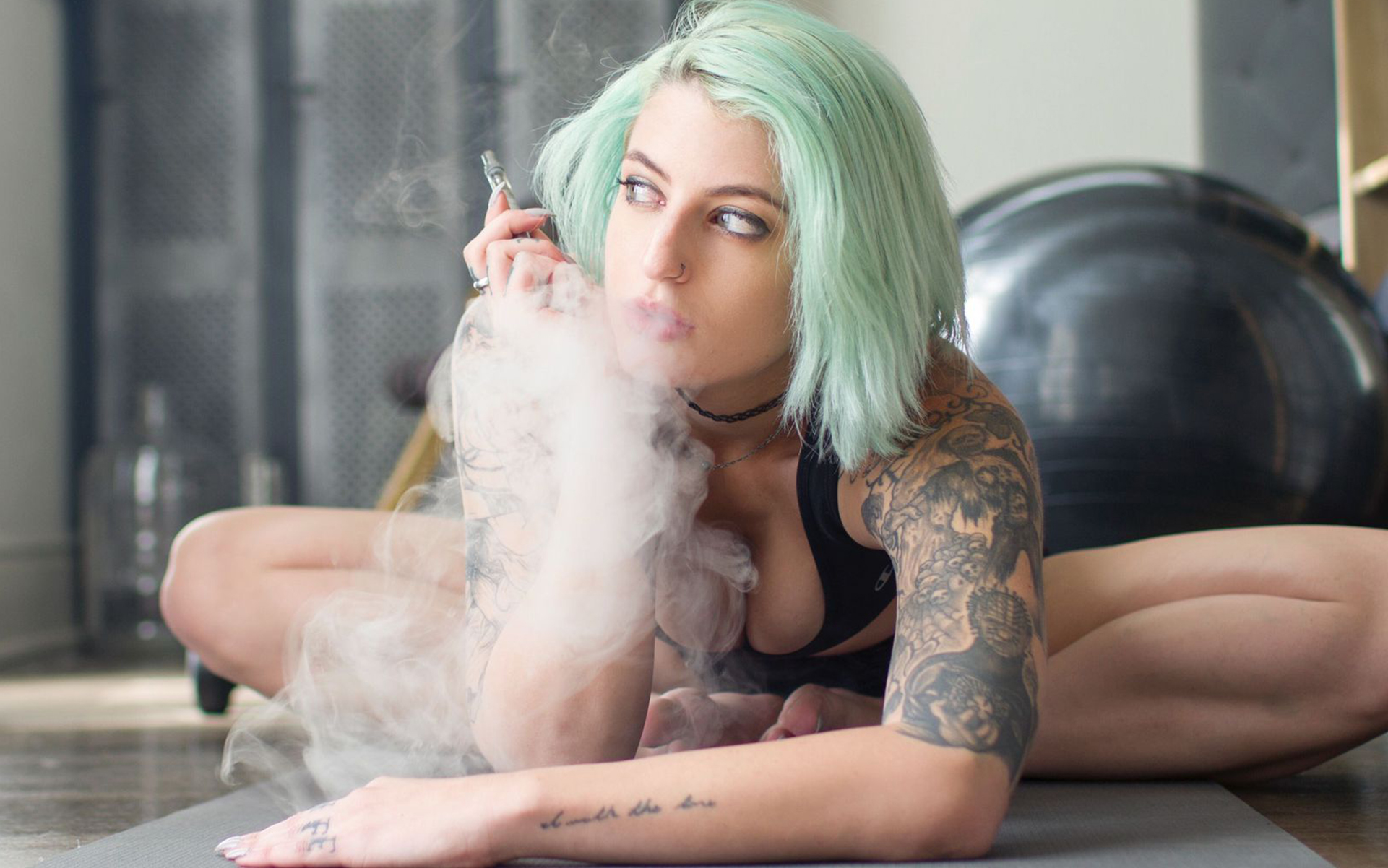 This vape pen is especially interesting owing to the fact it was created as a “diet weed” with appetite suppression in mind. Part of their Chill, Hustle, Zero line, the Zero Cartridge contains equal amounts of CO2 extracted THCV and THC (60%).

“Durban Poison was a really popular cannabis strain many of the SuicideGirls were [using]. We loved it because our appetites weren’t out of control after smoking, and we thought it was something we should bring to the cannabis community,” said Milloux Suicide in an interview with Merry Jane. 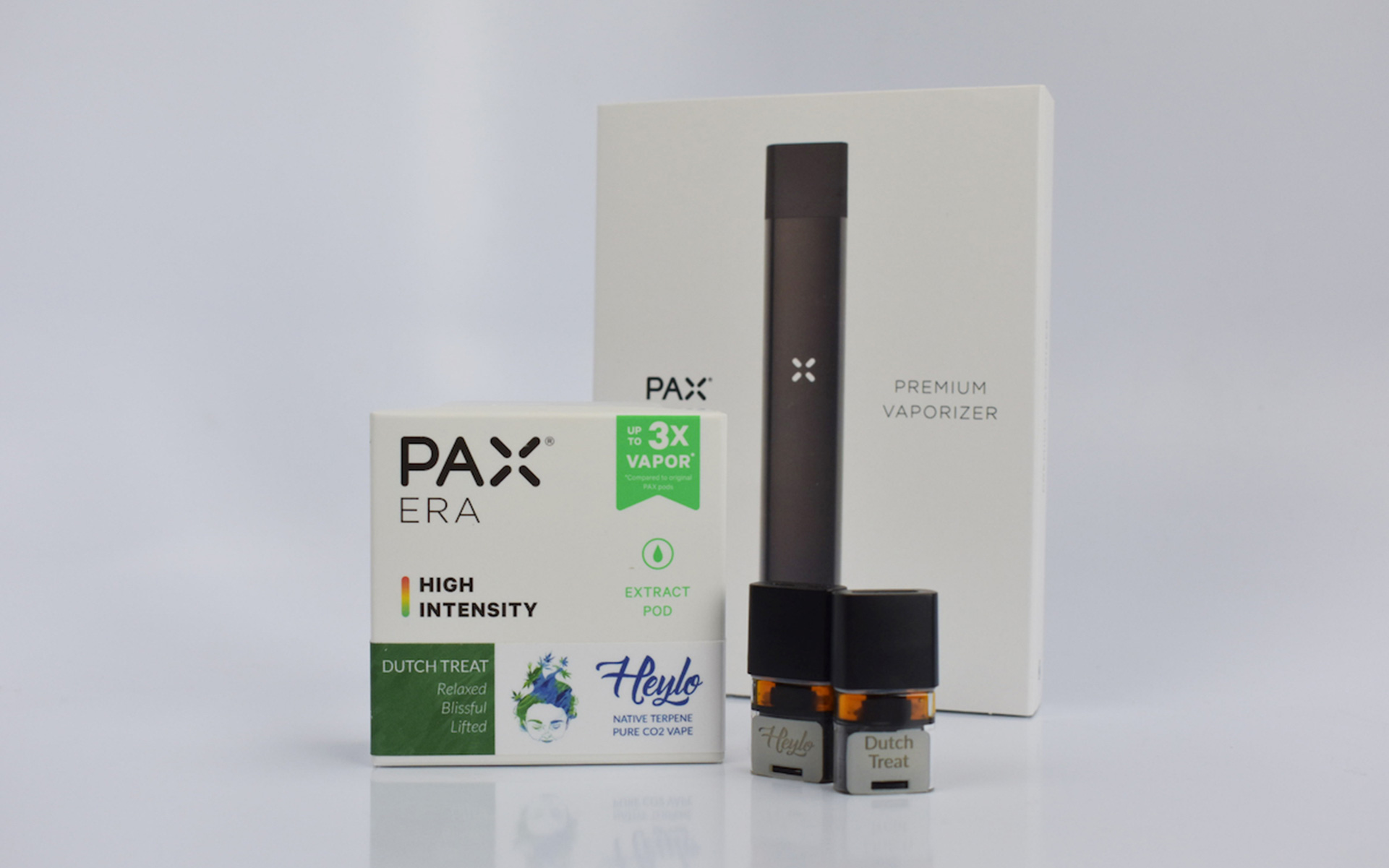 The good people at Heylo Cannabis have not just one, but two high THCV products. One is their Where’s My Bike c-cell cartridge. It contains both THCV and a delicious 4.4% of CBG (you can check out the detailed lab results on their website). The draw is extremely smooth and satisfying, giving me a nice creative kick with a side of mental energy that’s perfect for daytime smoking.

The other is their PAX Era Pod Dutch Treat, and let me tell you, this is a really special pod. It contains double the amount of THCV as the Where’s My Bike cartridge, boasts 11% terpenes and has the magical ability to put my hunger in its place.

A few hits of this will soothe even the most savage of hungry bellies for a short time, so keep it handy wherever you go. It’s also predominant in terpinolene, a terpene known for inducing a calm mental state. 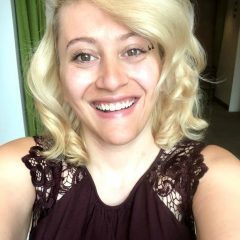 Janelle Lassalle is a lifestyle writer based in Portland, OR. Her areas of expertise include travel, food and cannabis, with a special place in her heart for the magic that is CBD. Follow her adventures on Instagram @jenkhari. 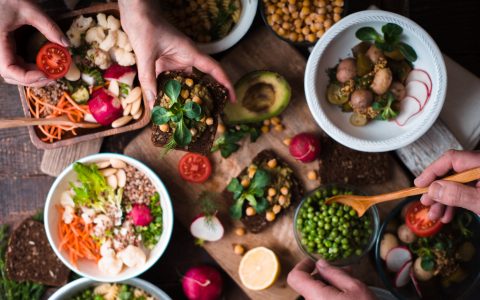 How to Control the Munchies With the Whole30 Diet 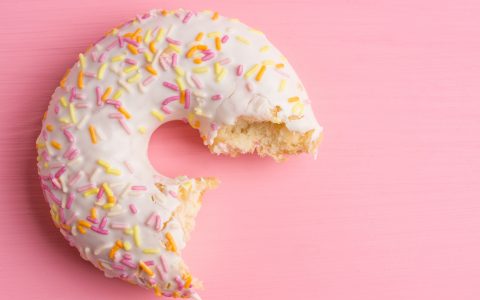 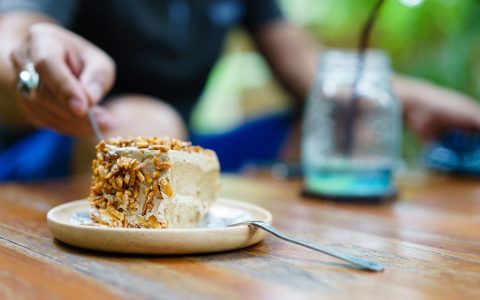 How to stop the munchies when you’re high 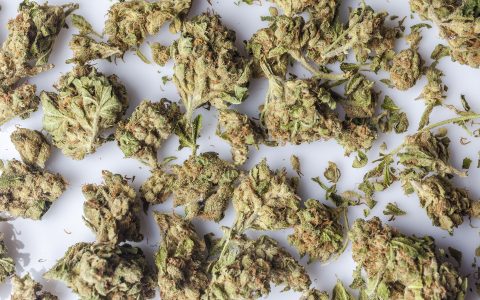