A rock and roll music legend from cannabis’ most influential jam band has a doobie he wants you to try.

Hart’s brand, Mind Your Head, is overdue, given that the three-time Grammy-winning percussionist has drummed for the Dead for 28 years. The Grateful Dead helped to propagate modern cannabis culture as their tours spread the borosilicate glass of Bob Snodgrass, the secret code “420,” and the fabled strain “Chemdog” beginning in 1991.

“Chemdog is a legend, as it were,” said Hart. “At a Grateful Dead concert at Deer Creek, Indiana in ‘91 these guys exchanged seeds—13 of them I believe—in one of our parking lots. And Chemdog was born.”

Chemdog, named after its parking lot buyer, is an ultra-high-THC strain that delivers a signature astringent aroma of fuel, lemon, and pepper.

Related
What Are You Smoking Episode 69: PBud and Chemdog

In 2018, the cannabis and hemp company Left Coast Ventures of Santa Rosa, CA brought the mini product idea to Hart in his home in nearby Occidental. Hart hasn’t met the real Chemdog, but he will soon.

“As a loyal Deadhead, I’m proud to see Chemdog featured in the first product from Mickey Hart,” said Chemdog in the press release for the Minis. “It plays an important role in Grateful Dead history and I think it’s exciting that Mickey is bringing it full circle to fans and cannabis enthusiasts in Mind Your Head.”

The growers at IC Collective are also Chemdog worshippers, breeding offshoots for almost a decade and producing consistent, high-THC, uber-pungent pre-rolls and eighths. IC’s founder— a deadhead—first tried the Chemdog strain in ’93, and later met the man Chemdog.

Find Chemdog Near You on Leafly Finder

“We never bought a seed or clone,” Oakland, CA-based IC Collective states. “We sourced the Chem genetics and reversed the Chem 91 to create our own boutique array.”

#chem91 rolling through her 40’s! This Terp profile has got me for decades. Regulated #cannabis is like the the game frogger. #hoopjumping #ic #iccollective #contemporarycannabis #chemdog #godmother #werunonfuel #thankyou #grateful #neverforget #2018

Hart loves his new stash, he said. “I’ve gotten some free samples, alright,” Hart laughs. “It is as good as they say it is.”

The .3-gram mini-pre-roll is the perfect form factor for him, he said. It’s about one-third the size of a “standard,” one-gram joint. But when the herb is testing at near 30% THC, a mini packs a punch.

“The minis were right on target. These strains are very powerful, as you know. You have to pick your moments with them, and so I don’t smoke a whole doobie normally. The mini just made perfect sense, because I don’t like to light it up again the second time.”

“The Chemdog strain is beautiful. It raises your consciousness. It’s very bright and you’re really aware with it. It’s made for the visionary thing.”

Hart heads back out on tour with Dead and Company May through July, going across the US. I asked him if—based on his extensive experience—drummers smoke more cannabis that other musicians. He laughs for ten seconds straight.

Given his experience in rock and roll, Hart said he doesn’t see cannabis as a vice. “It’s the opposite of that.”

He calls it a musical tool, especially compared to other substances.

“But cannabis opens up a whole vista of things that you would not normally see or hear or create. It’s very creative and that’s the most important thing. It brings you into the now, and that’s where music and other creative experiences lay.” 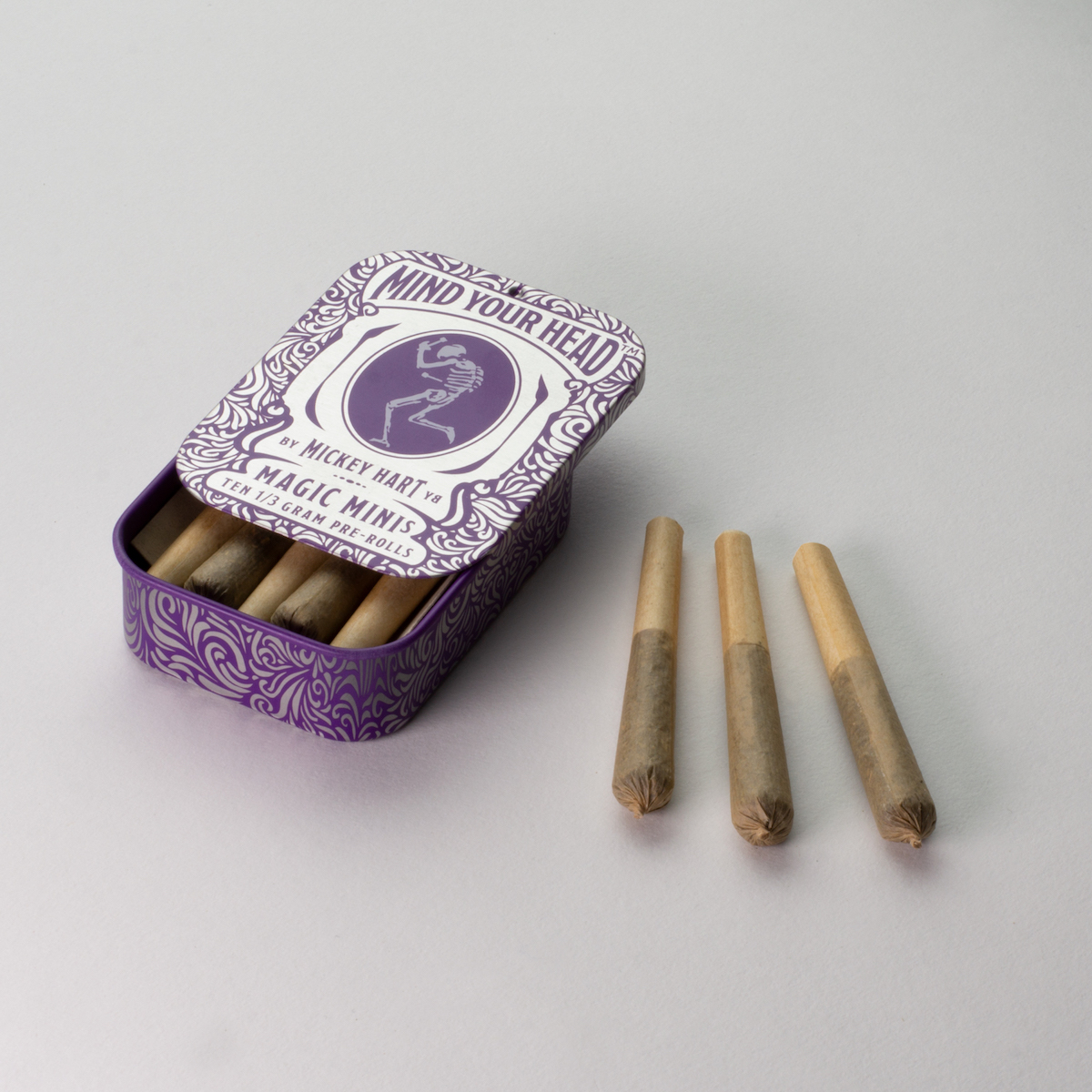