The Best Things to Do in Portland While High: Leafly’s 4:20 to 4:20 Cannabis Travel Guide 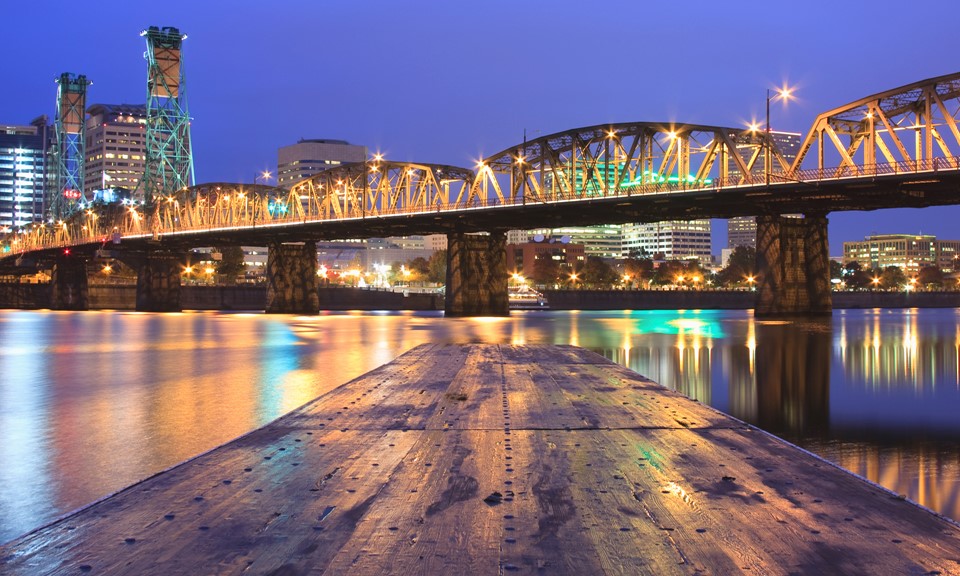 Portland, Oregon is among the most uniquely hip places on the legal marijuana map, with a peerless combination of quirk and breakneck creativity that enchants visitors and locals alike. That said, it’s far from a tourist mecca, which makes this dynamic city of neighborhoods an ideal destination. There’s exceptional cannabis to heighten your senses; breathtaking natural beauty to explore; world-class brews to sip; dishes of every variety to savor; art, music and city life to delve into; in short, everything a cannabis enthusiast could desire. What are you waiting for?

Dispensaries on Leafly: Over 130

For the record: City law makes it illegal to wear roller skates in restrooms. 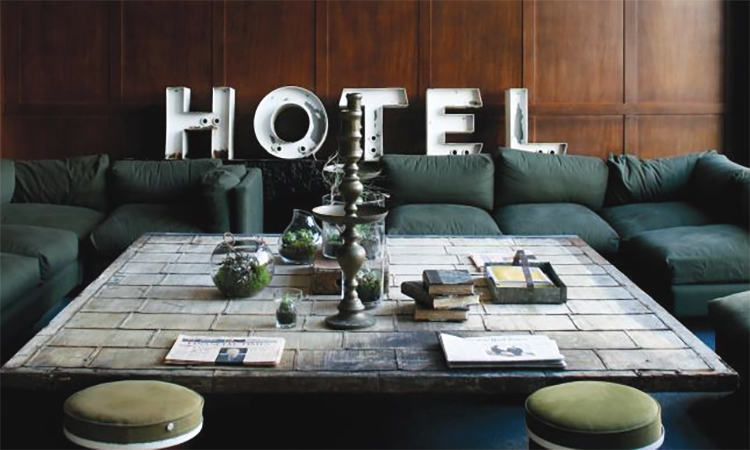 At 4:20 p.m., you are: Done checking into your room at the Ace Hotel (perhaps the most quintessentially Portland lodging option in town) and on your way to The Kings of Canna, a 10-minute drive (or Uber ride) away. Dark mahogany accents set the tone at this classy family-owned dispensary and rec store, and a selection of particularly beautiful buds are displayed in lit alcoves along the wall. Let the knowledgeable budtenders share recommendations and whiffs of each strain (unlike Washington rec stores, that’s allowed here), and pick up pre-rolls of a few local favorites – anything with a citrusy aroma will pair beautifully with the food you’re about to order. 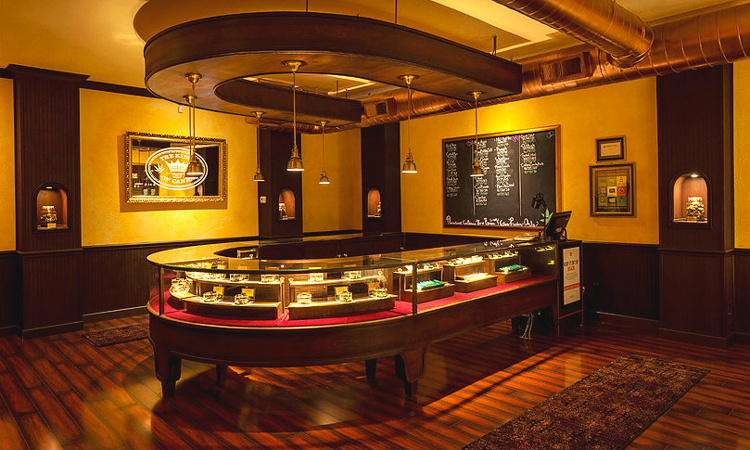 Head’s up: Though legislation is in progress, Oregon’s market doesn’t allow rec sales of edibles quite yet; instead, you’ll find some of the best flower in the country. 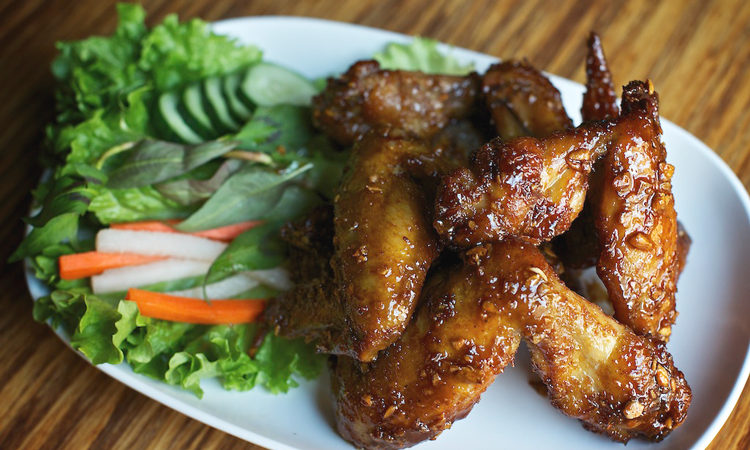 At 4:50 p.m., you are: Next door at Pok Pok Noi, Portland’s legendary Southeast Asian food-cart-turned-eatery. You’re ordering the signature Vietnamese fish sauce wings, one of the best dishes Portland has to offer (which is no small feat), and you’re getting them to go (don’t forget the napkins), because… 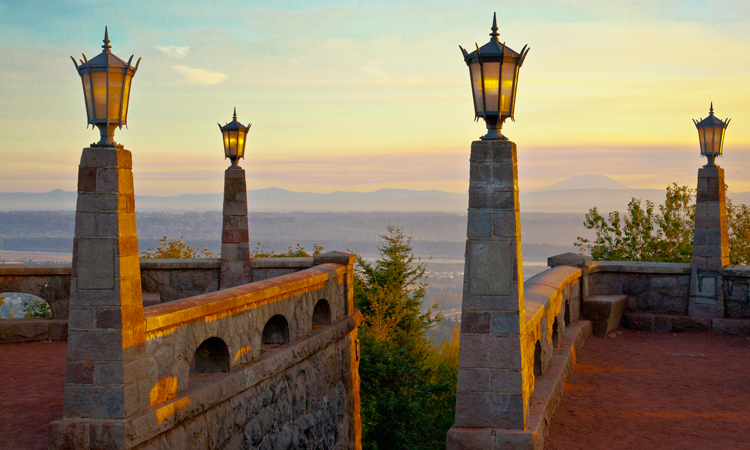 At 5:20 p.m., you are: Hiking up Rocky Butte, another short drive from Pok Pok. It’s one of the few extinct volcanic cinder cones within city limits in the United States, yet it feels like your own private castle a world away – no one’s going to harsh your mellow here, and things get exponentially more breathtaking the lower the sun sinks in the sky. Kick back, relax, and gawk at the incomparable view of the city below you and Mt. Hood in the distance as you chow down on those mouthwatering wings. 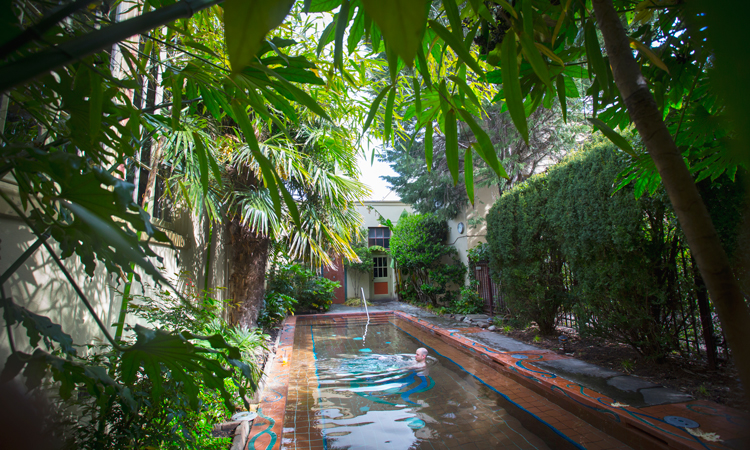 At 6:45 p.m., you are: Headed to school. The Kennedy School is not your typical scholastic institute, though. In fact, this ex-elementary school has grown up into a guest house, neighborhood hub and mini-utopia for adults, to the tune of four bars, two restaurants, a brewery, a movie theater, a soaking pool, and far more. In the main office, put your name on the waiting list for the soaking pool, then grab a beer from the Detention Bar (or the Honors Bar, if you’re feeling studious) and wander the halls as you wait for a texted invitation to dive in.

Head’s up: The tubs close at 8:00 p.m., and wait times can reach up to a half-hour in the evenings. Be sure to show up with your own towel, or else plan to drip-dry. 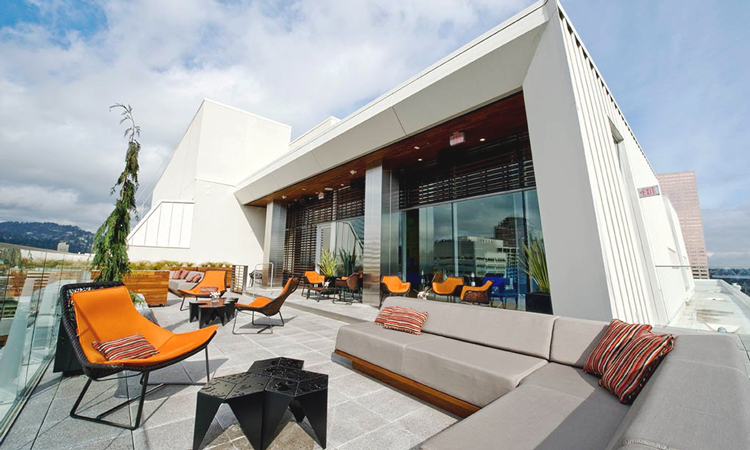 At 9:00 p.m., you are: Sipping from the exceptional sake selection on the rooftop of the city’s swankiest sky-scraping hotel, The Nines. The boutique rooms here cost a small fortune, but you can catch the view everyone is paying a premium for at Departure, the rooftop bar. Drinks are pricey and the music is loud, but when you’re standing by one of the fire pits and looking out over the lights of the city, it’s more than worth it.

At 10:15 p.m., you are: Rocking out at Mississippi Studios, the beating heart of the city’s music scene. It’s built, owned and operated by musicians, for musicians, and showcases artists of all genres every night of the week. Hungry? The burgers at connected restaurant Bar Bar are legendary and very affordable; order from the bar, then head to the secret garden tucked away at the back for an eardrum break. 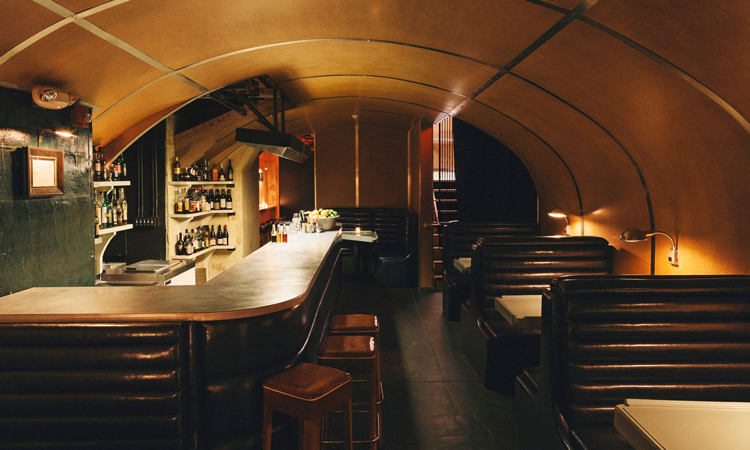 At 12:30 a.m., you are: Ready for a nightcap. Head back to the Ace Hotel – but rather than taking the main entrance, round the corner of the building and look for the pink neon “Cocktails” sign that marks the subtle door to Pepe Le Moko. Down a slender staircase and around a bend, you’ll suddenly find yourself under the low, arched ceiling of what looks kind of like a bomb shelter, if bomb shelters were casually swanky and served some of the best cocktails in the country. Take a seat at the bar and settle in for an exceptional drink and equally rich conversation.

Word to the wise: Genial proprietor Jeffrey Morgenthaler is one of the best bartenders in America. While his Amaretto Sour is considered by many (including himself) to be the best in the world, you also can’t go wrong by telling him what you like and waiting to see what he shakes up. 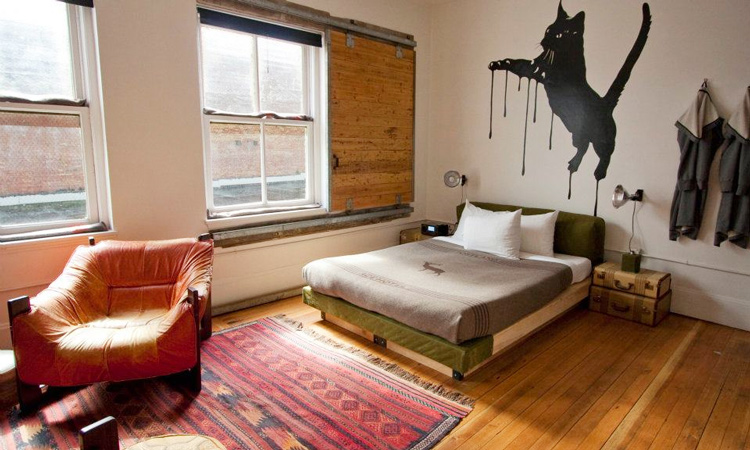 At 1:30 a.m., you are: Exhausted. Luckily, your room is just upstairs. Like every room in the Ace Hotel, it features custom-painted art and the occasional arbitrary phrase on the walls (“Complete my life and be my wife?!” –Room 212). It’s like the über-cool urban studio apartment you never got to own. Cozy up in one of the sweatshirt-soft bathrobes with a complimentary magazine (Paper, Imbibe) from the crate by the bedside, munch on the complimentary treats on the desk (baked fresh that morning by nearby Nordic-French pastry shop Måurice), and pretend you live here. 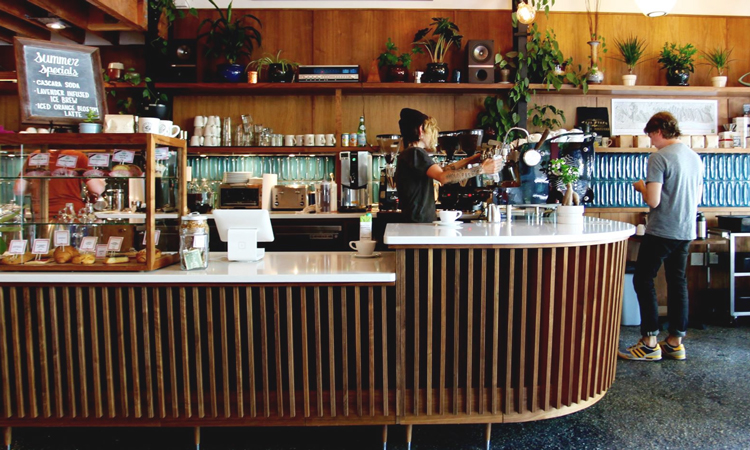 At 9:30 a.m., you are: Craving caffeine. Good thing Portland is up there with Oslo, Melbourne and Seattle as one of the best coffee cities in the world. While there’s a Stumptown café in the lobby of the Ace, Case Study Coffee’s downtown location gets our endorsement for the best cup close by.

Also close by is Tom McCall Waterfront Park, a picturesque place to stroll and pair your cannabis and caffeine, if you so desire. 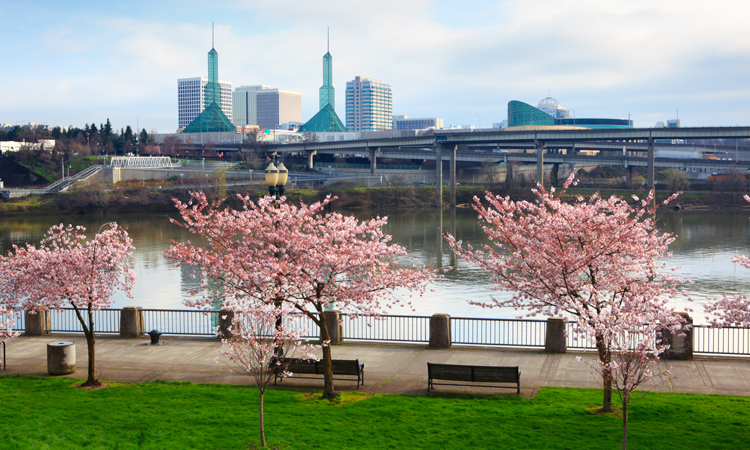 At 10:15 a.m., you are: Listening to your stomach grumble – in other words, you’re ready for brunch. (Isn’t everyone always? In Portland they are.) Grab a free rental bicycle from the front desk downstairs, strap on a helmet, and bike the 10 minutes over the iconic Broadway Bridge and a few blocks up the river to Broder Nord. Here, modern Scandinavian brunch favorites can be found every day of the week (though be aware that the line can easily be over an hour long on Saturdays and Sundays). What’s good? In the words of one server, “anything with fish is a sure bet.” 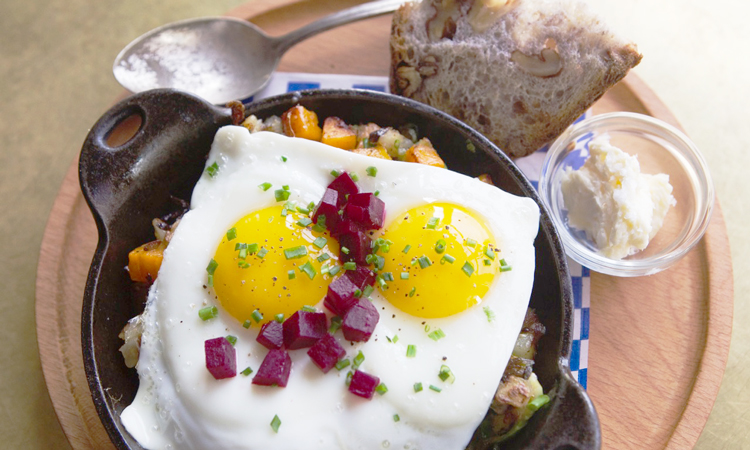 Take our word for it: Have your fish entrée, but be sure to also order the æbleskiver – cloud-like puffs of piping-hot dough, served with little dipping cups of lingonberry jam, applesauce, or (my favorite) lemon curd. Doesn’t matter if you can pronounce it, just matters that you get to eat it. 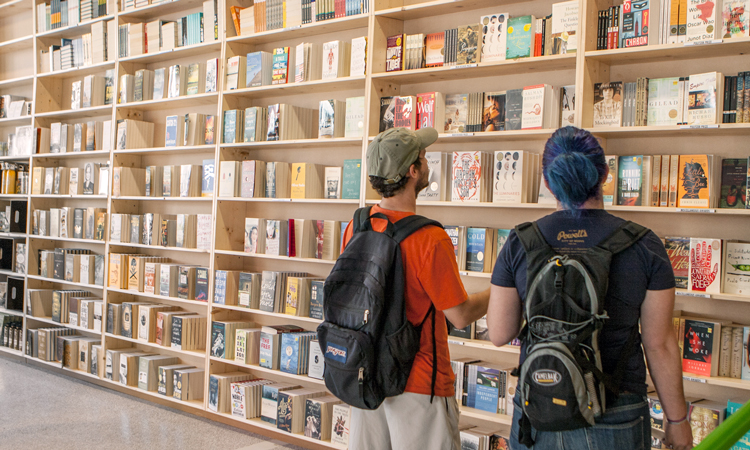 At 12:00 noon, you are: Checking out of the Ace Hotel right on time, and walking a block up to Powell’s City of Books, the largest independent new and used bookstore in the world. Tourist destination? Yes. Worth it? Absolutely. Explore nine rooms and over two million tomes (which take up an entire city block), and pick out at least a few to take with you when you leave.

What you’re skipping: VooDoo Doughnut. While the provocative boundary-pushing donut shop lures many visitors and the outrageous pastries (like the Maple Blazer Blunt) are good for a laugh, the line can last up to an hour ­– and unlike Broder Nord, it’s not worth the wait. Don’t worry, though; you’ll satisfy your donut munchies this afternoon. 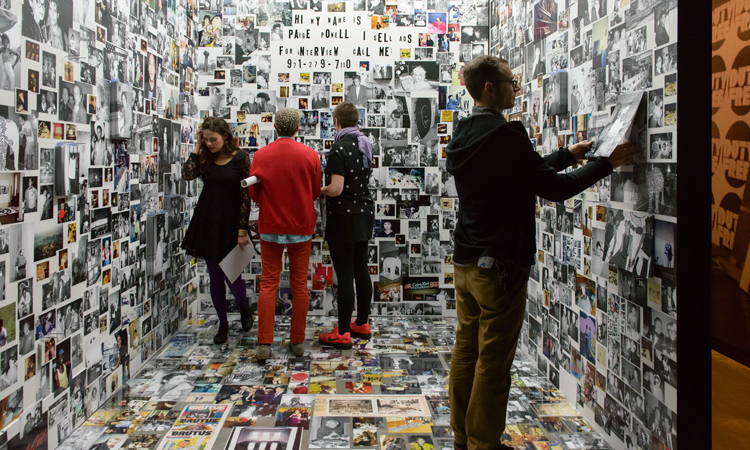 At 1:30 p.m., you are: Putting on your art appreciation face at one of the oldest museums in the United States. Portland is an artist’s mecca, and the diversity of the arts scene is epitomized by the 112,000-square foot Portland Art Museum. Its airy galleries house vast sculptures, huge paintings, Native American artifacts, bold photography, interactive exhibits, and plenty more to keep you spellbound. It’s a tree-lined half-mile walk from Powell’s.

Head’s up: At present, the brilliant colors and bold social commentary of a Contemporary Native Photographers exhibition are exceptionally striking, and “the greatest cat painting ever made” is the current most popular piece on display. Visit before May 8 to see both for yourself. 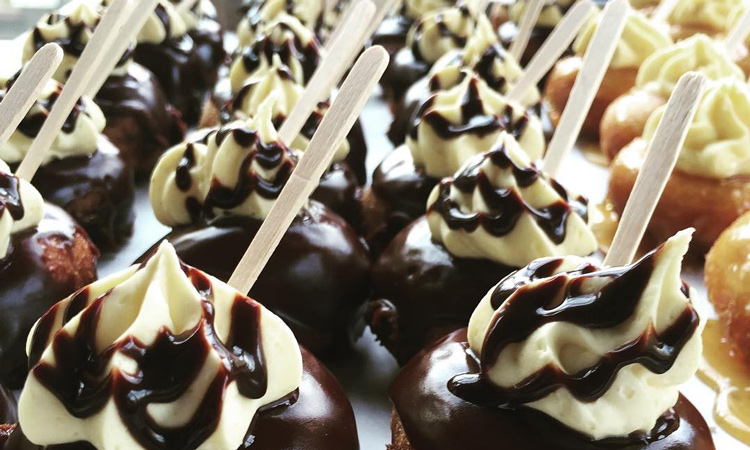 At 3:30 p.m., you are: Walking back the way you came, then hanging a right when you reach Burnside – because who doesn’t love mini-donuts made by a robot? At 4th and Burnside is Donut Byte Labs, a food cart (Portland is famous for them) where you’ll find humans working with a machine to make fresh French toast donuts, Burnside cream donuts, and – the best – crème brulee donuts with crackly caramelized sugar on top. 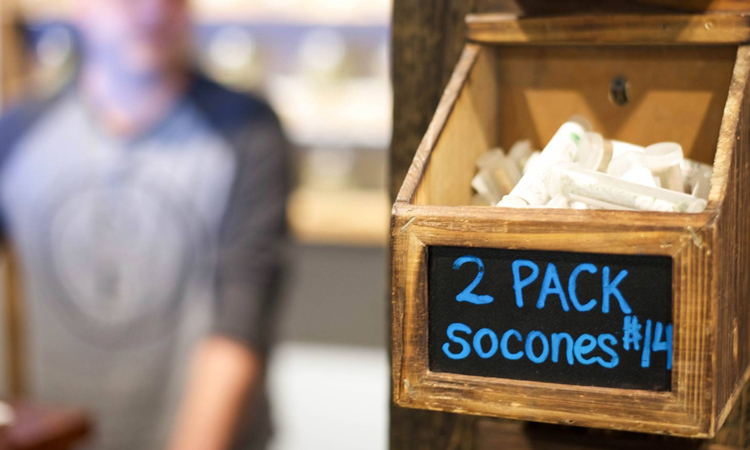 At 4:20 p.m., you are: Making one last stop at Oregon’s Finest in The Pearl, Portland’s bourgeois shopping district. Oregon’s first licensed medical dispensary features a beautiful reclaimed wood interior, and serves medical patients and rec enthusiasts alike (med card holders: ask about the secret menu). If you’re spending a few more days in the area or headed home within state borders, grab a gram or two to go; otherwise, remember that it’s illegal to take cannabis across state lines – and plan to come back soon. 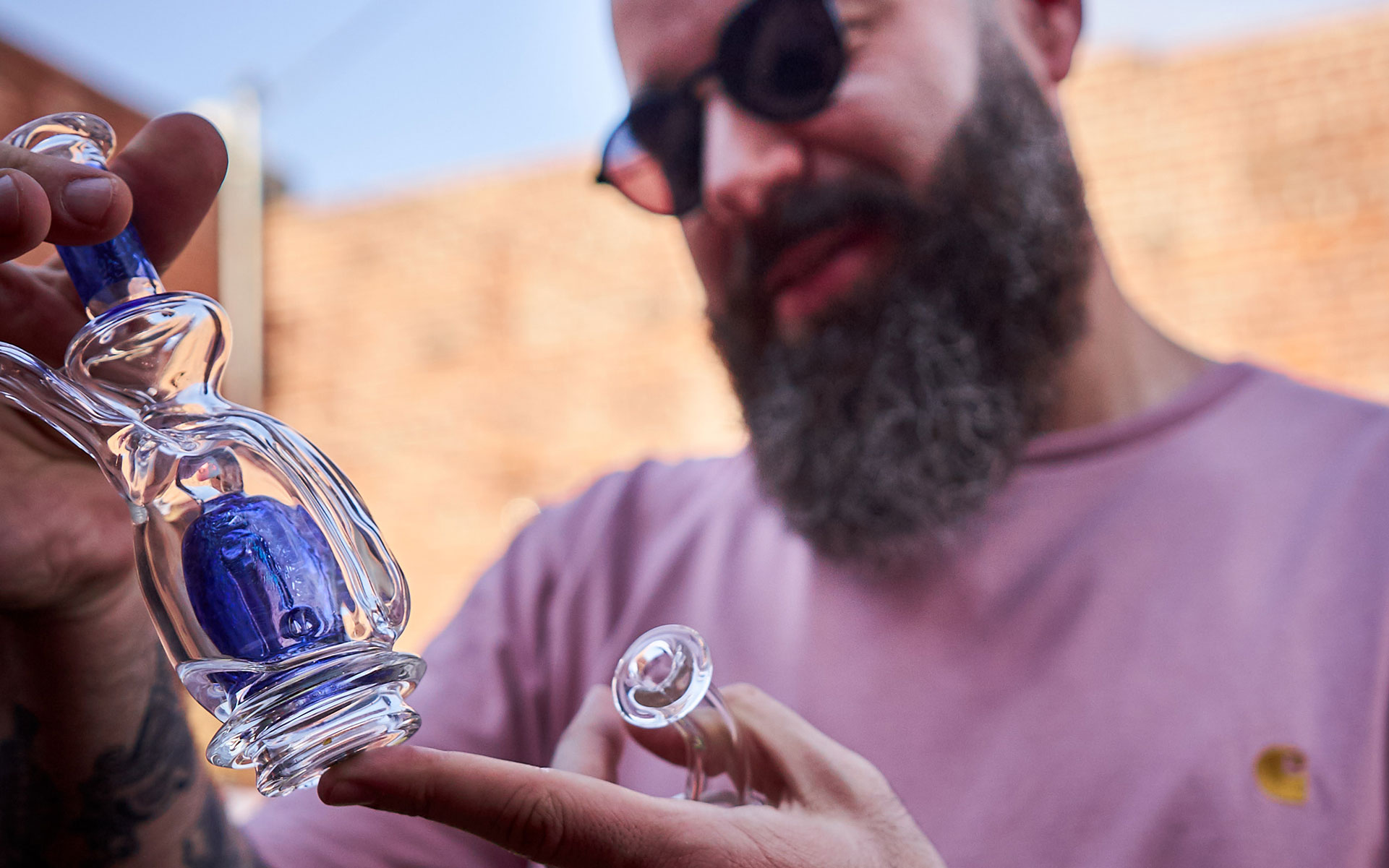 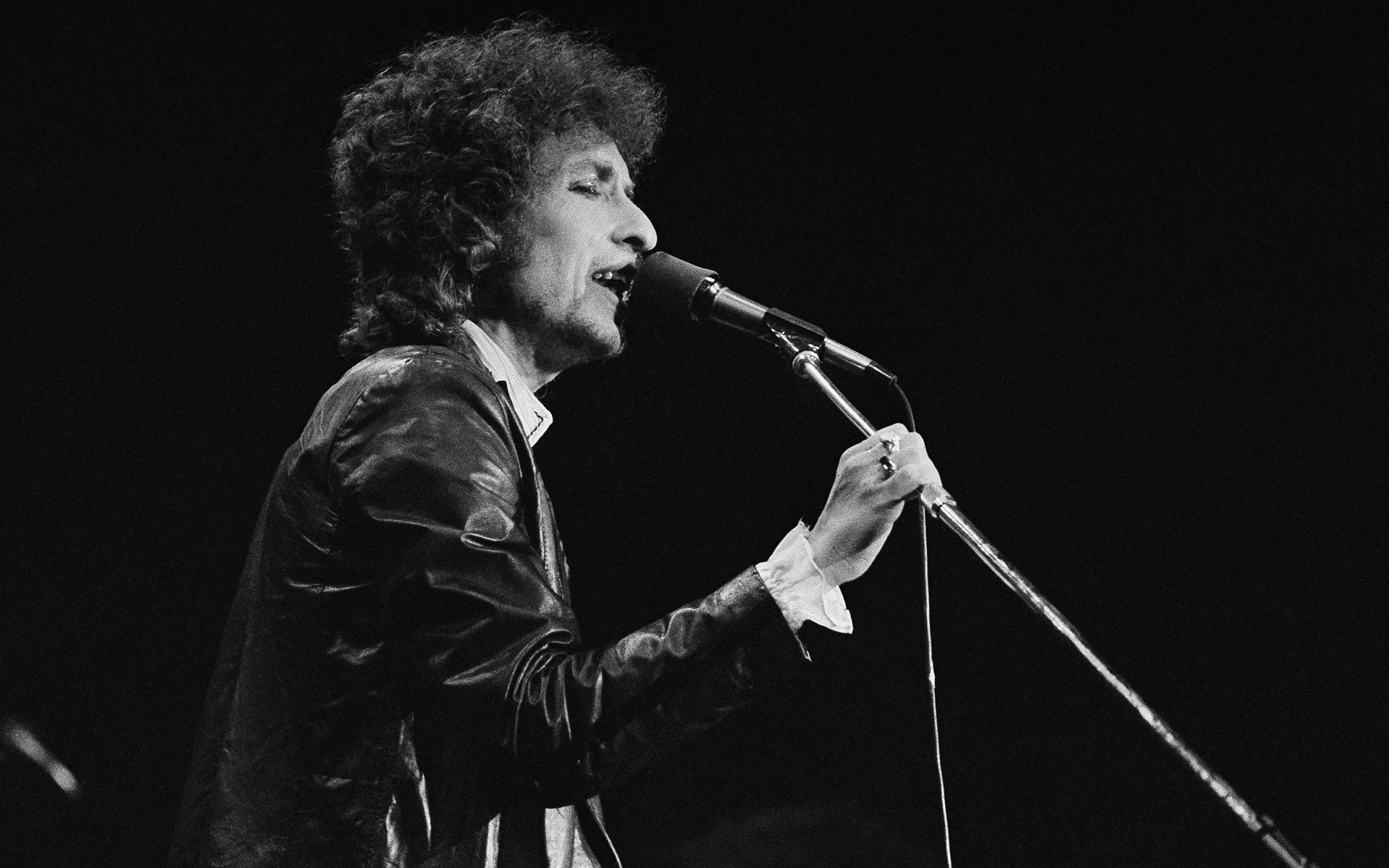 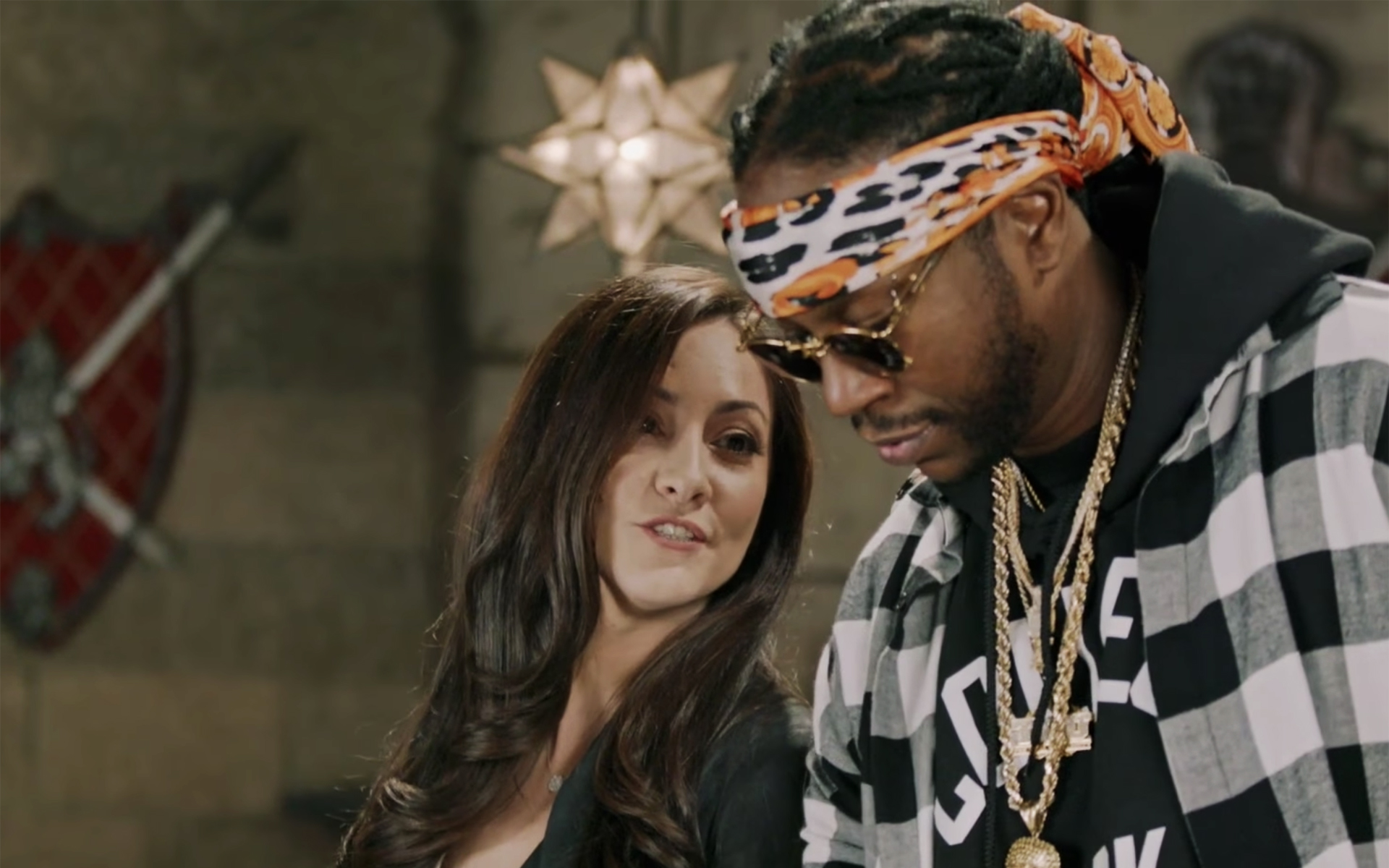 Watch This: 2 Chainz Gets High in the Most Expensive Fashion for GQ